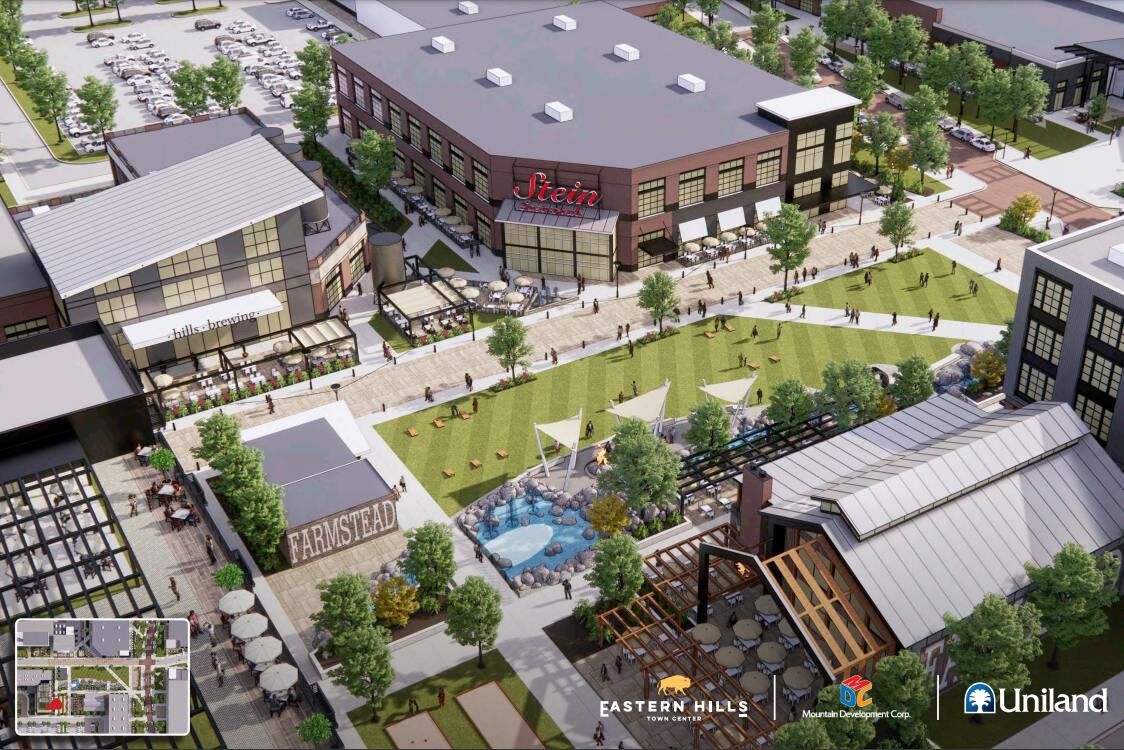 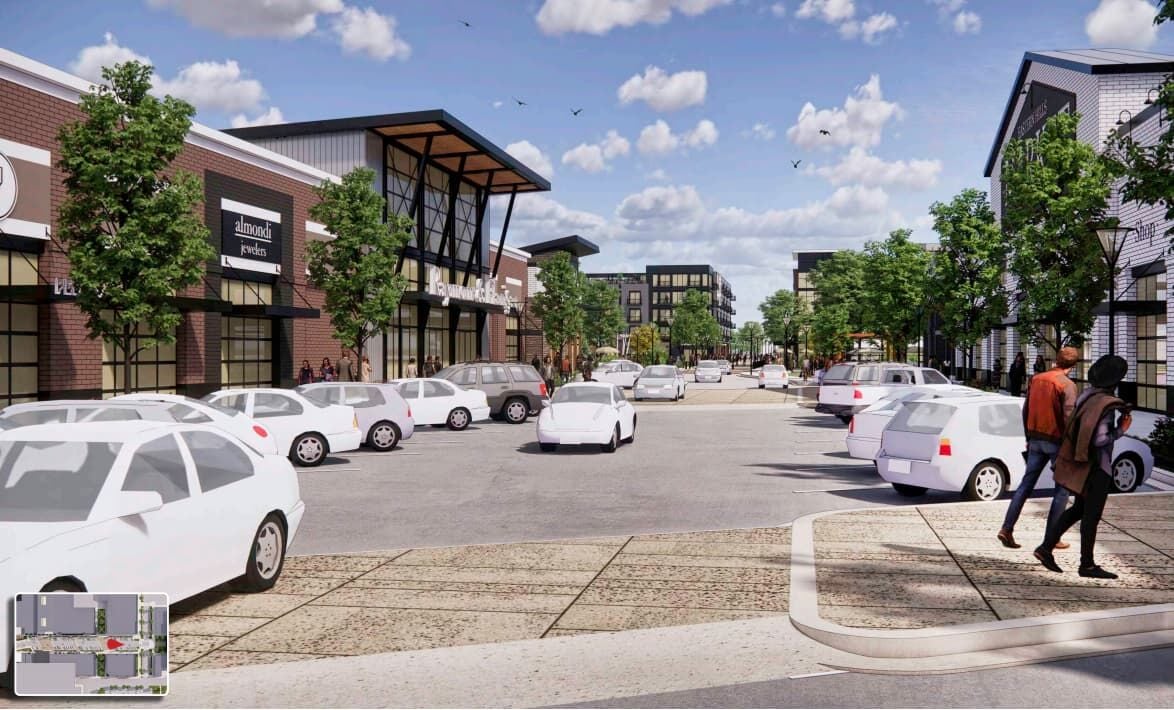 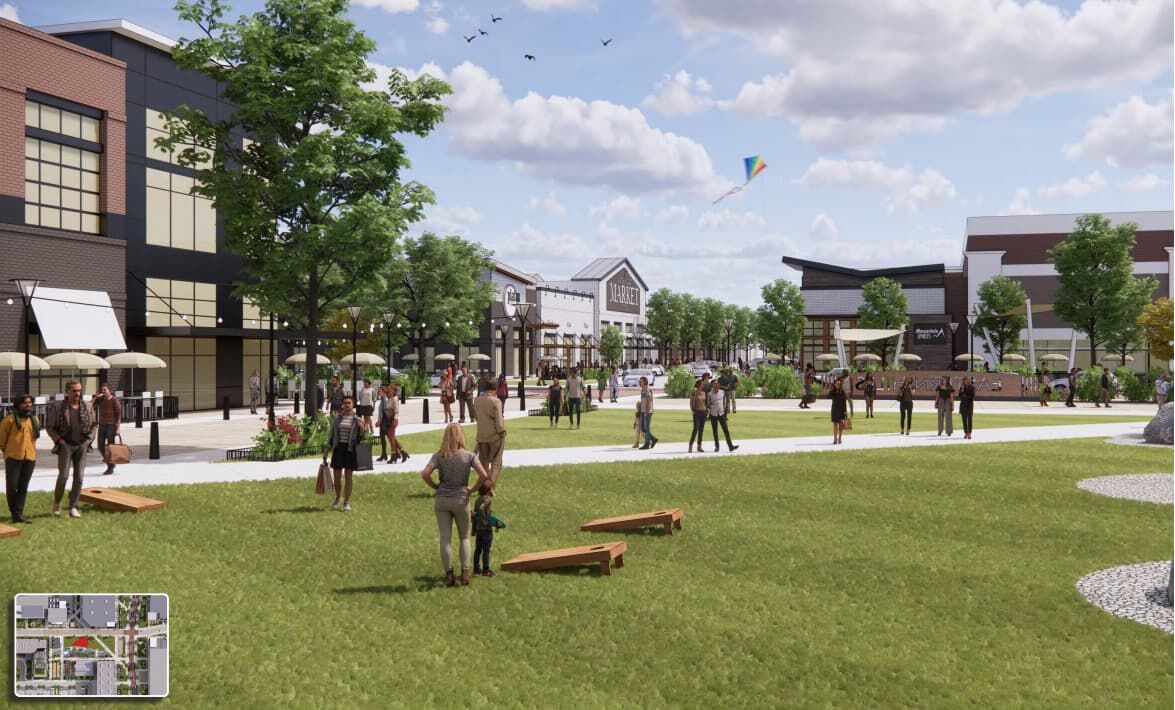 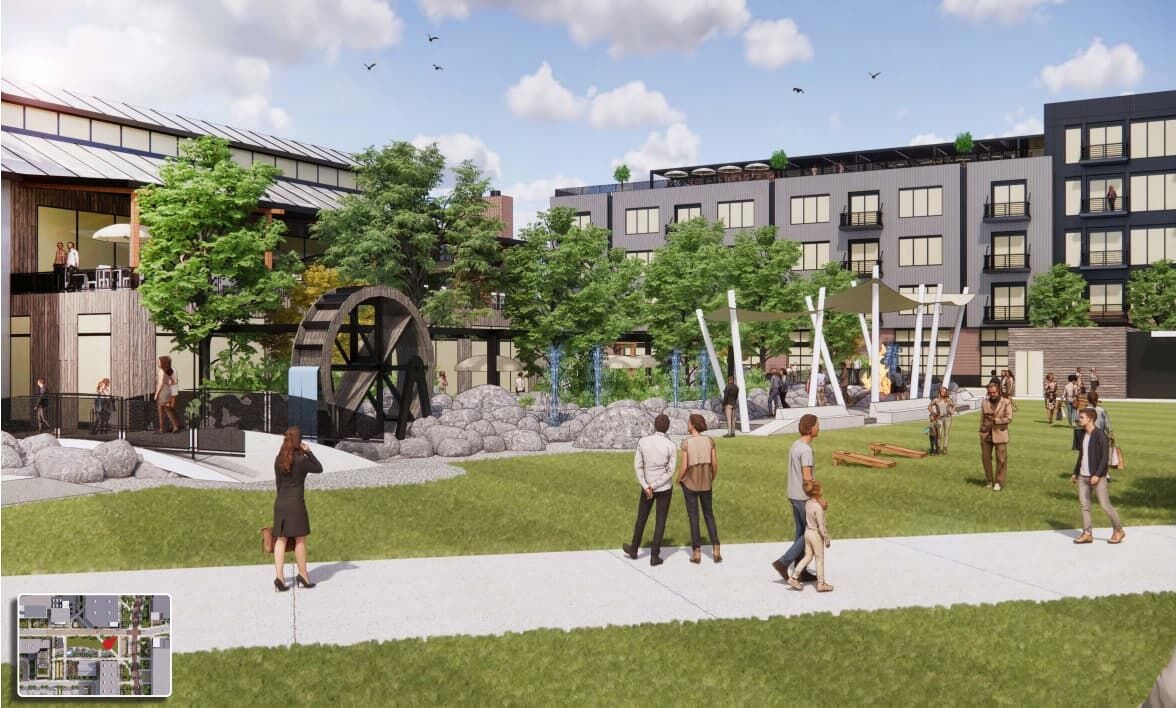 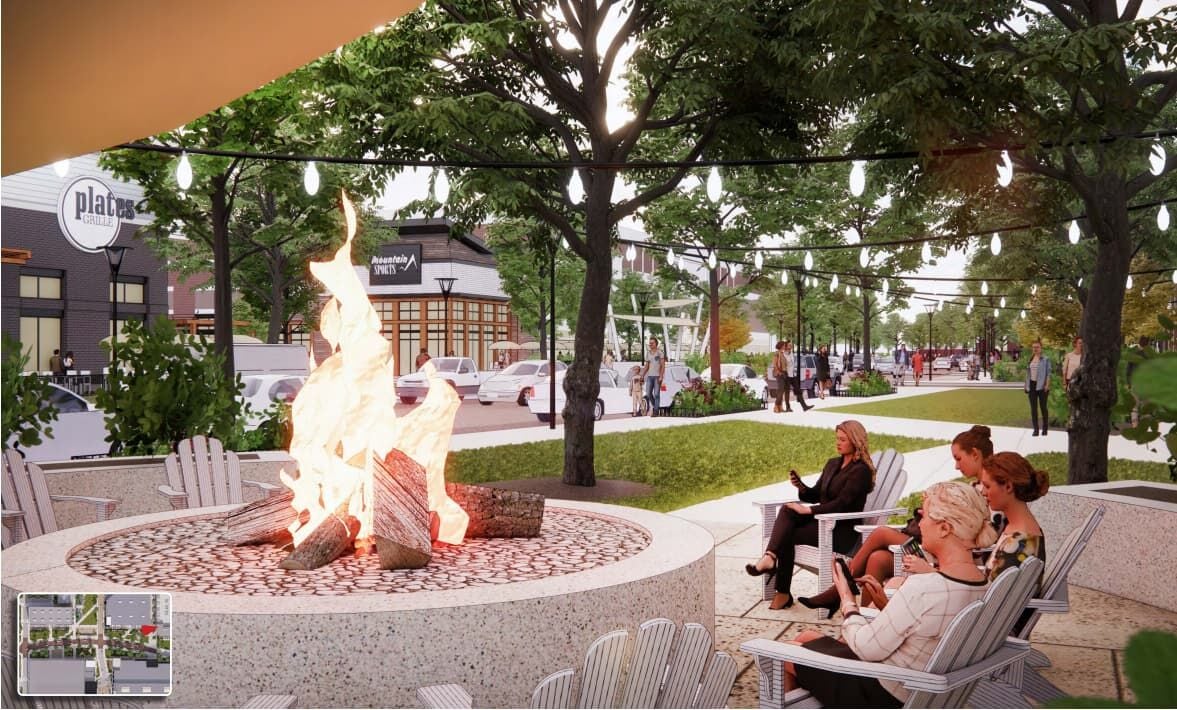 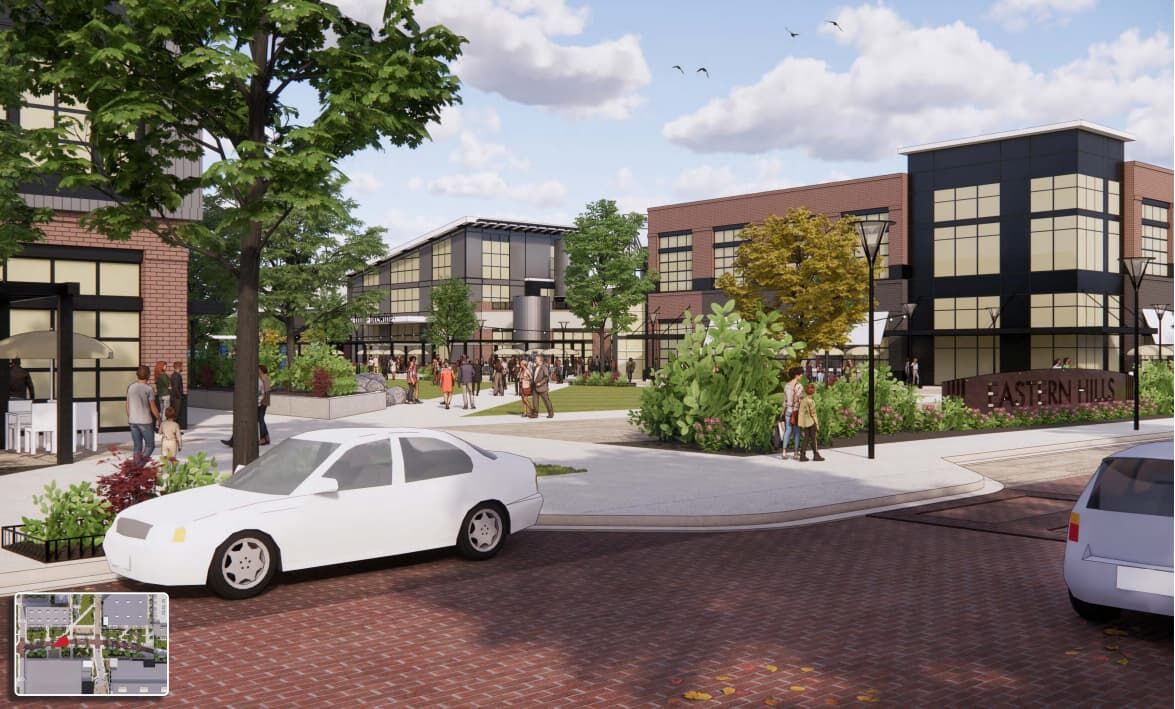 Uniland Development Co. said it has scrapped one of the two hotels and half the retail space planned for its remake of Eastern Hills Mall into a mixed-use town center after the Covid-19 pandemic decimated both industries.

The Amherst-based developer and its partner, longtime mall owner Mountain Development Corp., cut the amount of retail space they had planned for the ambitious multi-year redevelopment project from 20% to 10%, and eliminated one of two hotels, in light of the severe drop in store sales and travel that resulted from 15 months of worldwide panic, fear and restrictions.

"We scaled back what we think retail and hospitality needs may be," Uniland spokesman Ryan Weisz said. "That's certainly a reaction of the pandemic and the needs as they sit today. (But) it's very possible that those could increase over the coming years."

That's the biggest change to emerge Friday afternoon, after Uniland announced the two companies had taken the first step toward winning approval for the $250 million conversion project, by filing the first formal proposals with the Town of Clarence for concept plan approval.

The announcement included 11 new renderings and diagrams of the proposed redevelopment, showing how the 100-acre shopping center would be carved up over 10 years or more to create 1,000 apartments, 1 million square feet of office space, a brewery, restaurants with patios and one hotel.

And, as previously stated by the companies, it would also include medical space and shopping, civic and recreational areas, including a park in which to hold outdoor events.

Reaction to Eastern Hills Town Center: Looks great, but when?

The Eastern Hills Mall met with its current tenants Tuesday morning to give them a closer look at the master plan, but some tenants have serious concerns about what they will do in the

"We’re looking to build a small village right here in the Northtowns, a place where people truly work, play, live and stay," Weisz said. "It’s placemaking, and we want to bring people to this area, and if we do that, it’ll ultimately be supported by the future apartments and buildout of the office space."

Weisz said the design envisions the use of "lots of glass, wood and stone," but he also described the final rendering as "a vision of what it could be," rather than a firm plan.

In part, the lack of clarity stems from the project's long timeframe. But it's also a result of uncertainty about the long-term impact of the Covid-19 pandemic, which gave the developers time to refine their concept but also threw wrenches into their original ideas. The developers also switched architects, from Gensler to BCT.

The developers now plan to reuse as many of the existing structures as they can, rather than tearing down and building anew.

"It's almost turning the mall inside out," Weisz said. "We do see it as a new plan. Covid gave us the opportunity to refine what we're doing here."

Weisz added that the developers are "not envisioning building any hospitality in the early stage," suggesting the focus will start with "enhancing the civic and entertainment side."

The developers also have not yet lined up future tenants, although Weisz said that effort can now begin

"Ultimately, it will be a market-driven project, so it's too soon to know which retailers will or won't be there in the future," he said. "The timeline for the phases will be based on market needs. We’re not envisioning a specific start or end date for each phase as the project will be continuously developed."

Officials had hoped to start work this year, but Weisz conceded that the municipal approval process and pre-development planning will likely take 12 to 18 months, pushing the start of construction to at least the second half of 2022. The work will begin on the north end of the property.

The developers said that mall operations "will continue as usual" during the project, which "really resonated with the merchants" in the mall, who met with the developers on Tuesday, Weisz said.

"Merchants loved that it’s going to remain open. They think that is so much more community focused," he said. "The merchants that are onsite have been not only an important part of the mall’s past, but part of the vision going forward."

And while the renderings show the significant cut in retail space – with a few large stores such as Raymour & Flanigan, Niagara Emporium and the BFLO Store remaining through the first phase and being torn down or repurposed by the end – Weisz said that's not necessarily the final outcome.

"We're looking to build an authentic experience," he said. "Where merchants want to grow with us, we absolutely want to incorporate them into the plan."

The goal of transforming the Eastern Hills Mall into a town center brings to mind a quotation from 19th century Chicago architect Daniel Burnham: “Make no little plans; they have no magic to stir men’s blood.” The plan to spend $250 million to transform the 100-acre shopping mall site into a self-contained village is anything but little. Uniland Development,

Another Voice: New 'town center' in Clarence should be more inclusive

By Sam Magavern When it comes to our economy, sports teams and culture, we live in one region – Western New York. Unfortunately, when it comes to government, we are divided into dozens of municipalities, which means that often we compete instead of working together. In particular, towns vie with each other to attract the wealthy while discouraging working-class

BFLO Gallery & Gift Shops will take over the former Sears department store at the Eastern Hills Mall, where it plans to open an expanded store, restaurants and a massive indoor Airsoft course. BFLO, known for selling Buffalo-themed items from butter lamb throw pillows to chicken wing ornaments, will occupy 30,000 square feet of space on the first floor

A two-alarm fire about 9:45 p.m. Monday damaged a store that was being renovated for a new tenant at Eastern Hills Mall in Clarence. Social media reported fire showing through the roof of the former Bon Ton department store, which is under reconstruction to become a Raymour and Flanigan furniture store. The fire was reported extinguished about 11 p.m.

Will the fire at Eastern Hills Mall affect plans for a town center?

A fire that sent flames through the roof at Eastern Hills Mall on Monday night “looked worse than it was,” according to Chuck Breidenbach, managing director of retail properties at Mountain Development Corp., which co-owns the mall with Uniland Development. The fire broke out in the former Bon-Ton building, which is being renovated by Raymour & Flanigan for a

Malls were struggling long before Covid-19, but the virus and its fallout have accelerated their decline. 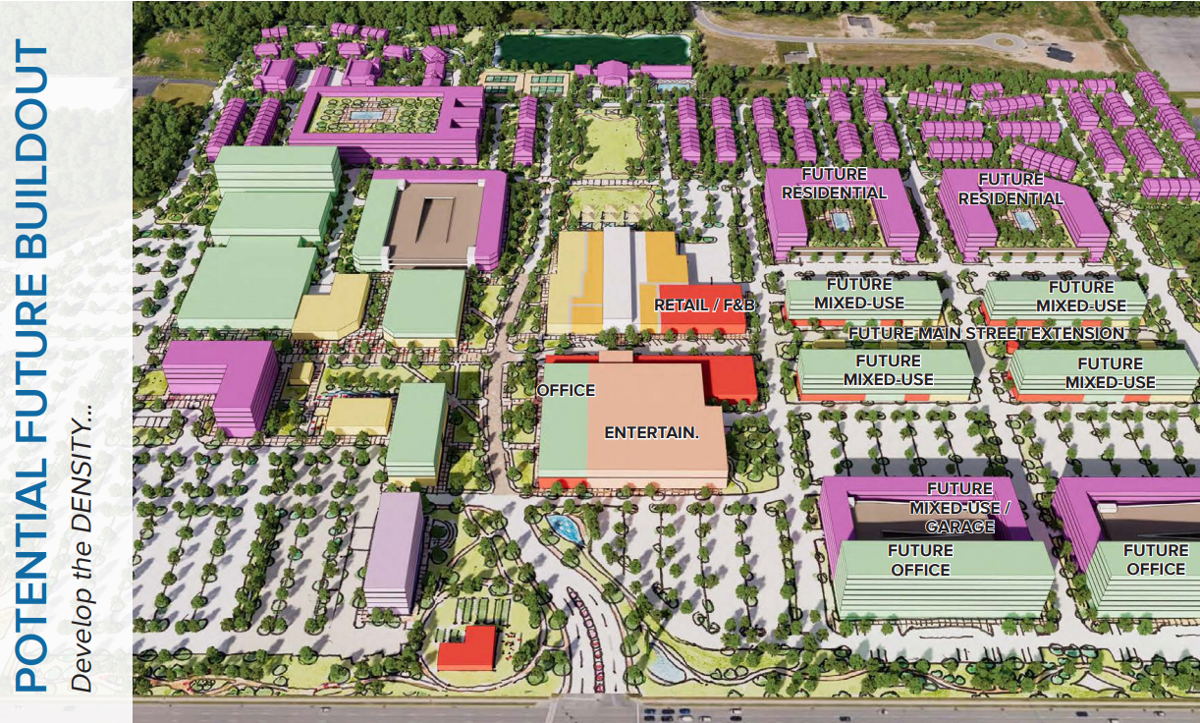 A rendering and schematic of the complete buildout of Eastern Hills Mall into Eastern Hills Town Center, after at least 10 years. 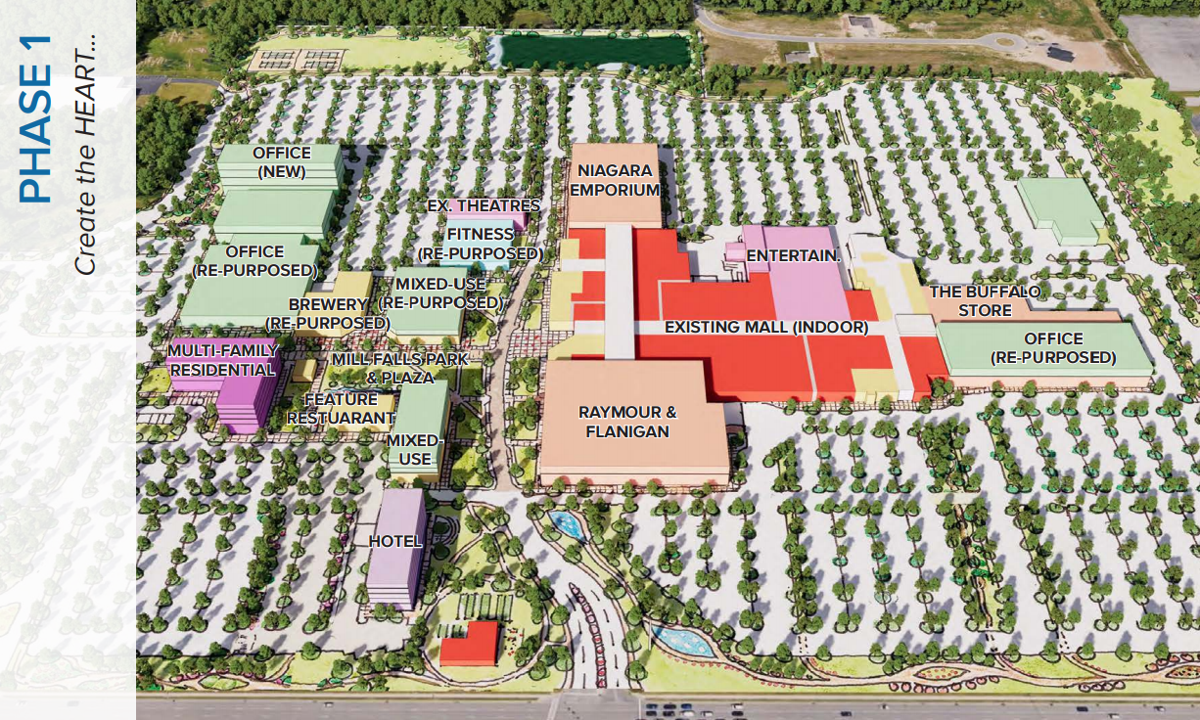 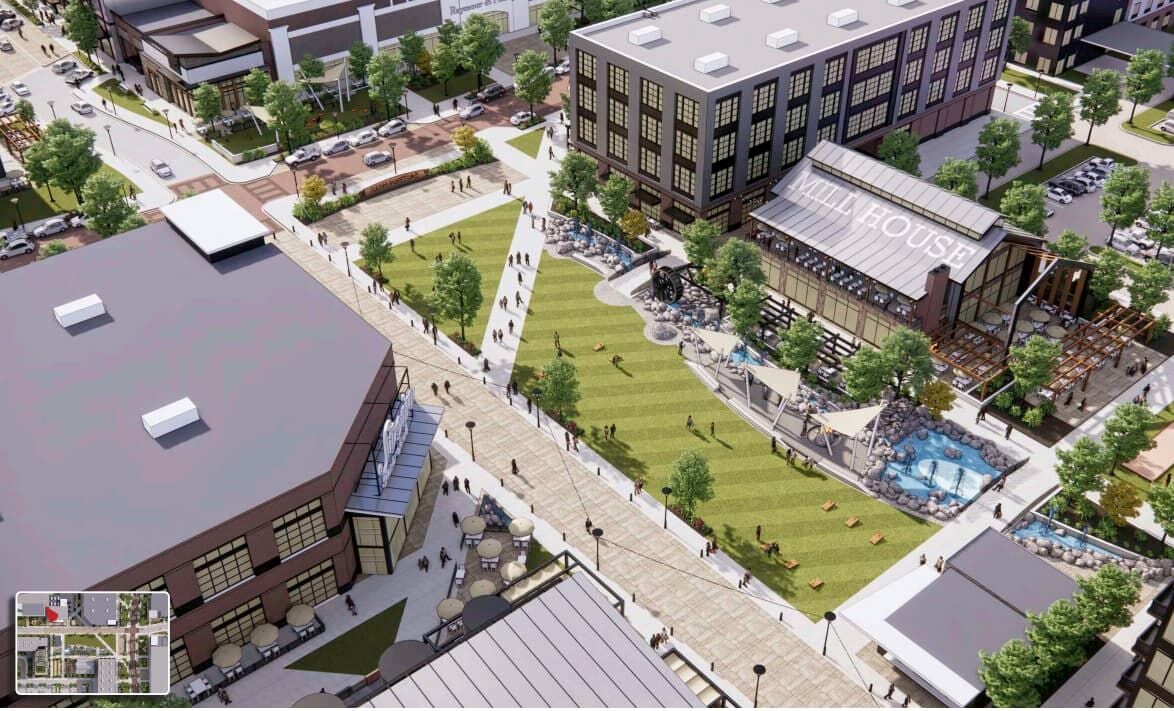 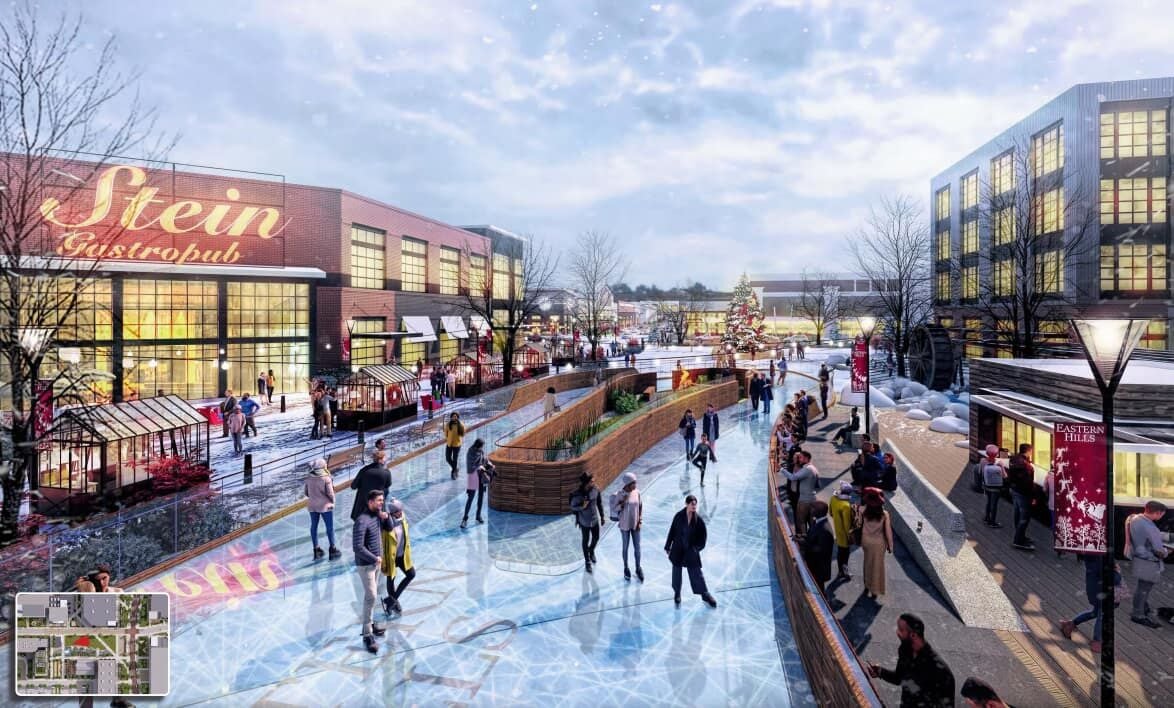 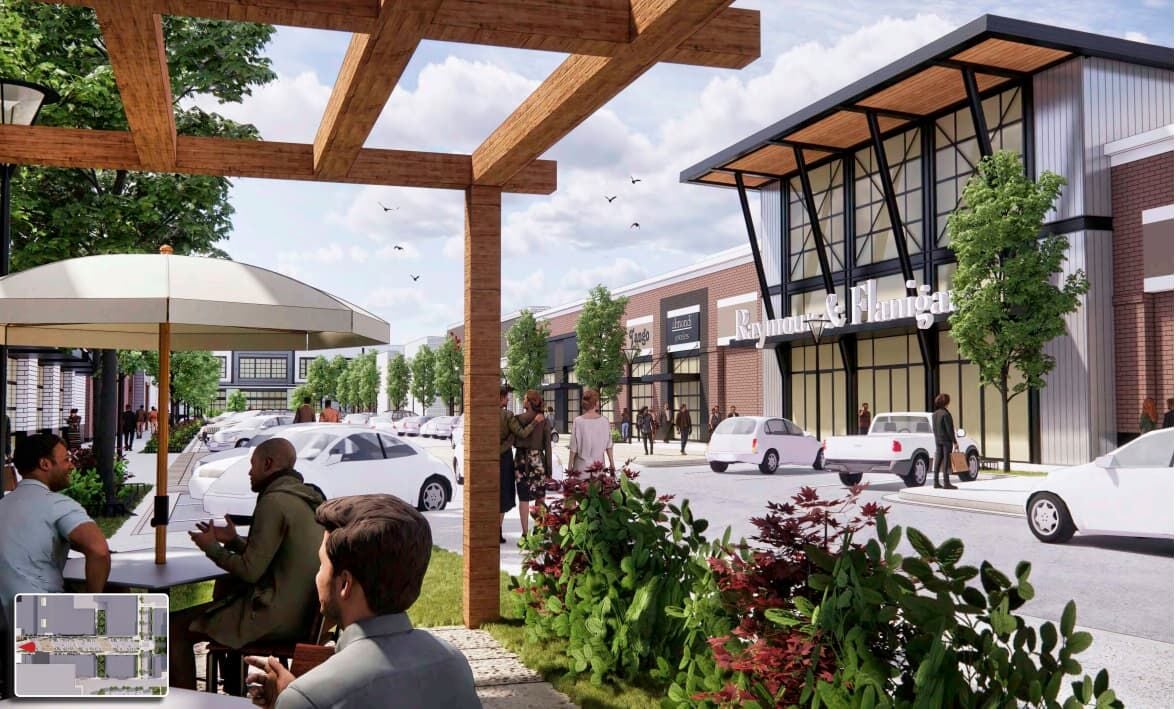