Uniland Development Co. has signed a deal with an engineering and logistics firm to take more than half of the space in its new warehouse at Lackawanna's Renaissance Commerce Park.

Total Quality Assurance International, which currently occupies 53,000 square feet of industrial and office space at Uniland's 375 Commerce Drive in Amherst, will take up 81,000 square feet at 8 Dona St. before the end of the year. Terms of the lease were not disclosed.

“The new location gives us more space to continue to grow in Buffalo,” said TQAI Chief Operating Officer Joe Wolkiewicz. “In addition to the benefits of a completely new building, we felt that the location in Renaissance Commerce Park provides our business with a strategic location that is centrally placed and convenient for our clients in a growing industrial hub.”

TQAI, of Flushing, Mich., specializes in engineering, logistics, warehousing, quality control and inspection services, packaging and rework. The company, which employs 45 people locally, opened its Western New York operation in Uniland's Amherst building in 2011. That space has already been leased out before TQAI moves.

The 150,000-square-foot warehouse facility is under construction at the corner of Dona Street Extension and Route 5, along the front end of the former Bethlehem Steel campus. Uniland broke ground in October 2021 on the single-story facility and it's expected to finish work on the building this fall.

It's also planning a second, identical "spec" warehouse next door along Route 5, with construction anticipated to begin later this year for opening in 2023. That facility received municipal approval from the Lackawanna Planning Board on Wednesday. Both facilities can be customized on the interior buildouts for the first tenants.

"We continue to see strong interest from both U.S. and Canadian companies looking to establish a presence near the Canadian border," said Uniland spokesman Ryan Weisz. "The industrial market remains extremely tight."

The two facilities – along with another one planned for the other side of Dona Street by Ciminelli Real Estate Corp. – are intended to create a manufacturing, warehouse, logistics and distribution hub. The 230-acre – Renaissance Commerce Park, which occupies only part of the former steel site, is being developed by the Erie County Industrial Development Agency, through its Industrial Land Development Corp. subsidiary.

“More than a third of the original acreage purchased for RCP is now built-out or under pre-construction, and we continue to field great interest in the available parcels," said ECIDA President and CEO John Cappellino.

The county agencies have undertaken a complete remediation of the site under the state's Brownfield Cleanup Program, while extending water and sewer lines into the property, building new public roadways, relocating rail lines for easier redevelopment, and enhancing the Shoreline Trail bike path that runs along Route 5 to provide more public access.

“Since day one of my administration we have been focused on making smart investments in Erie County. Our work transforming the former Bethlehem Steel site into Renaissance Commerce Park is a testament to that focus," said Erie County Executive Mark C. Poloncarz. "The continued revitalization of a former industrial wasteland into a twenty-first century commerce park shows that Erie County can compete with any region."

Uniland is planning to construct a 151,200-square-foot industrial facility on vacant land at 10 Dona St.

A third industrial warehouse will be going up at Renaissance Commerce Park in Lackawanna, but this time it's Ciminelli Real Estate Corp. that will be developing the project.

Uniland is proposing to construct a new single-story industrial building with 150,000 square feet of space at 3401 Military Road in the Town of Niagara.

It's the next phase of a larger infrastructure plan to create a series of roadways and provide access to all parcels within the 130-acre business park, and even deeper into the 1,200-acre industrial campus.

Over the past decade, Erie County and New York State have spent nearly $50 million to buy land, move rail lines and lay the groundwork for development.

The two land parcels are located in a Qualified Opportunity Zone, and are also eligible for lucrative tax credits under the state Brownfield Cleanup Program.

There's a good reason why developers across the Buffalo Niagara region are building new warehouses even before tenants are lined up: because they know the new space will get snapped up in a hurry.

Uniland plans to spend about $17 million on the first facility, which is expected to open in summer 2022 after work began last year. The foundations are being laid now. It will now invest another $20 million in the second project, which it committed to begin building within the next 18 months. 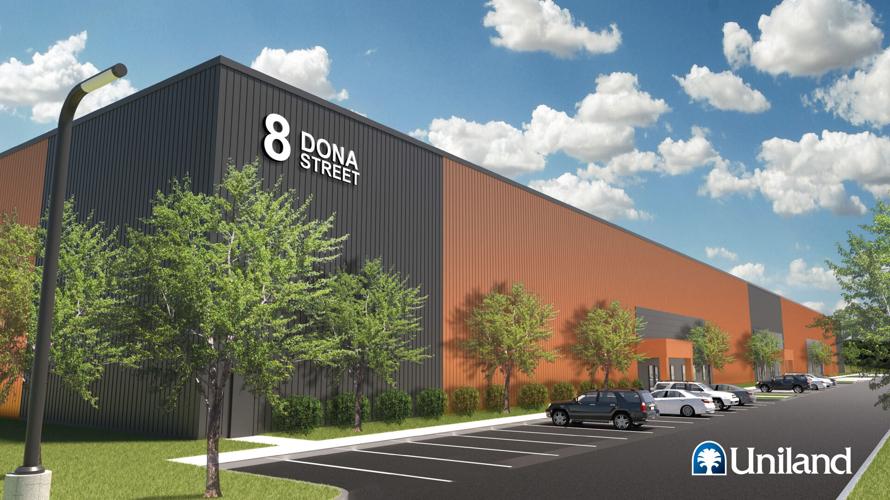 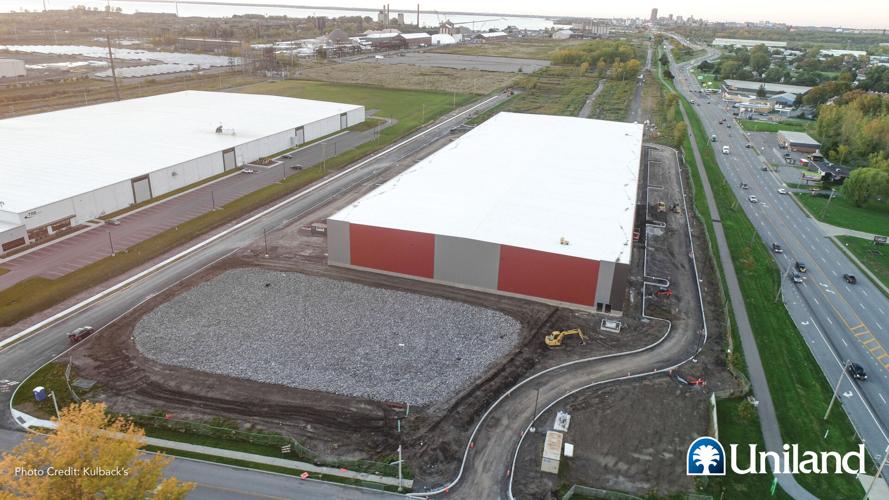 An aerial photo of the new warehouse at 8 Dona St., under construction by Uniland Development Co. 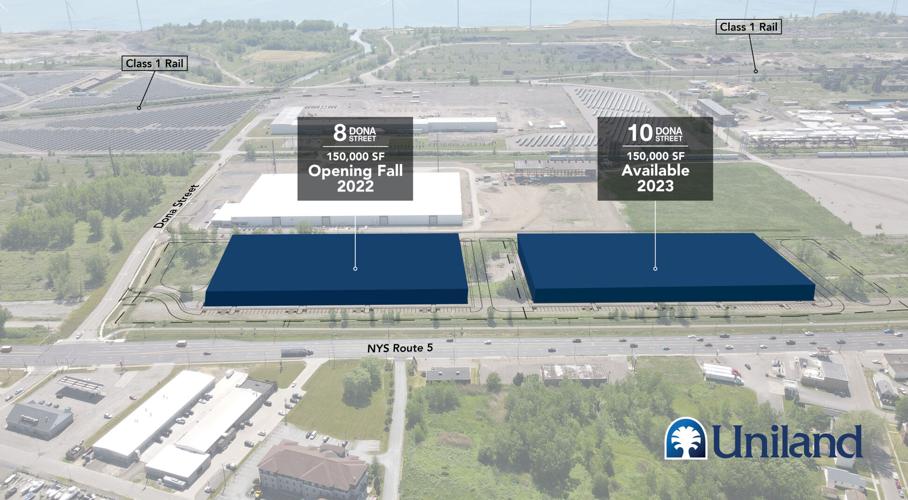 A site plan showing the two new "spec" warehouses that Uniland Development Co. is building at 8 Dona St., in the Renaissance Commerce Park in Lackawanna.