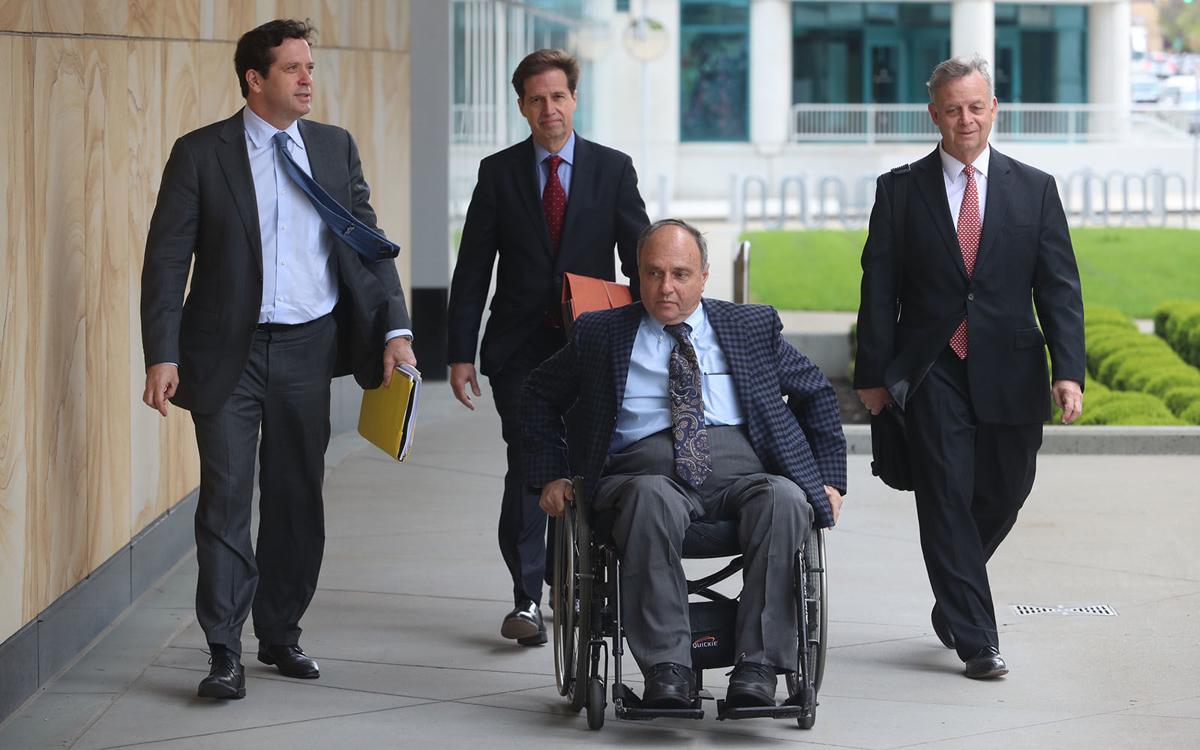 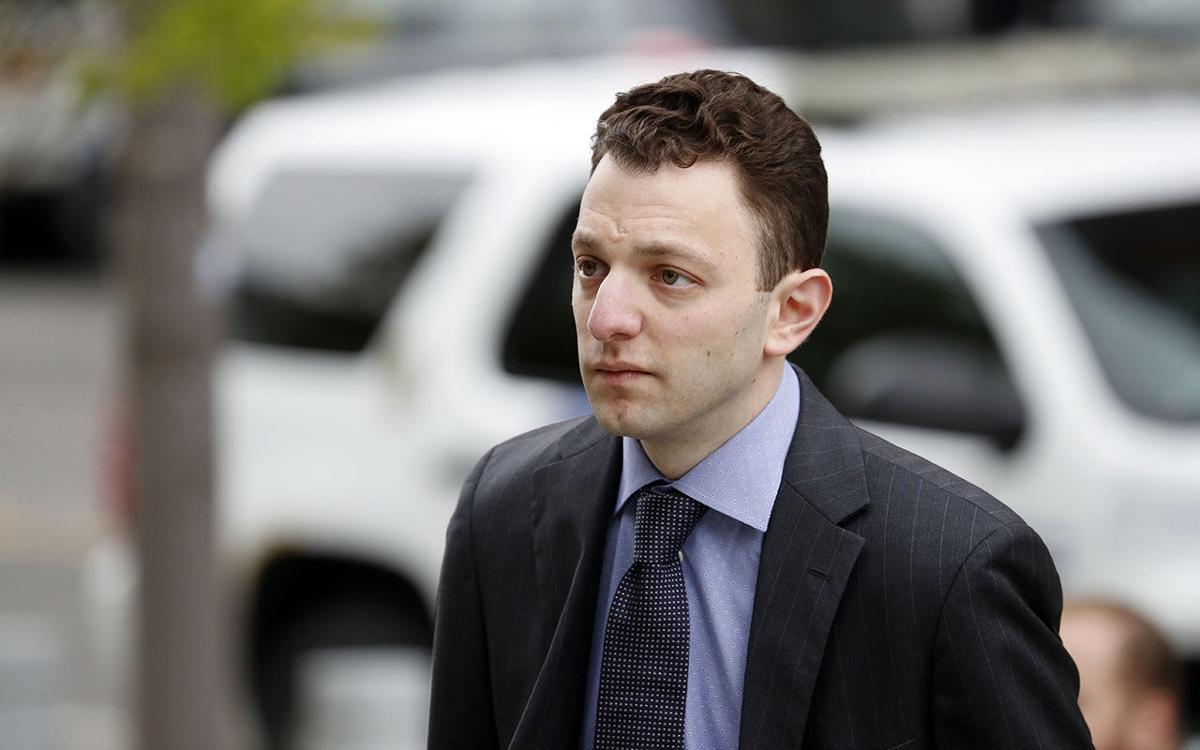 Over the course of 13 years, Robert Morgan built a real estate empire that stretches across 14 states and includes 36,000 apartments.

But federal prosecutors said he did so with the help of nearly $500 million in fraudulent bank loans.

In what is believed to be one of the biggest mortgage fraud cases since the Great Recession, Morgan was charged Wednesday with overseeing a criminal conspiracy from 2007 to 2019 that cheated lenders and insurers.

[Related: Highlights of the federal and SEC cases against Robert Morgan]

Morgan is also named in a new Securities and Exchange Commission lawsuit that likens the conspiracy to a Ponzi scheme.

"It's obviously significant," U.S. Attorney James P. Kennedy Jr. said of the size and scope of the criminal wrongdoing. "This type of fraud strikes at the very heart of the banking industry."

The 114-count indictment – which builds on an earlier case against four other individuals – accuses Morgan of working with others to deceive financial institutions, as well as Fannie Mae and Freddie Mac, into providing larger mortgages on apartment properties than would otherwise have been issued.

The indictment also claims the Rochester man used "false and fraudulent" promises to trick lenders into thinking the properties were worth more, and then using false information to hide the lies and conceal the actual financial condition of the real estate. It also claims he and others deceived insurance companies into paying out more for damage claims than the actual cost of repairs.

Investigators say that during the 13 years Morgan oversaw the conspiracy, it expanded and reached the point where at least a half-billion dollars of loans came under federal scrutiny.

His holdings include more than 3,500 apartments in the Buffalo area.

"The breadth of the alleged fraud uncovered has grown greater and larger," Gary Loeffert, special agent in charge of the FBI in Buffalo, said Wednesday.

In a 20-minute arraignment before U.S. Magistrate Judge Michael J. Roemer, Morgan pleaded not guilty to the 46 charges against him, including conspiracy, bank fraud, wire fraud and money laundering. He was released on $100,000 bail.

The indictment also charges Michael Tremiti, Morgan's former financial director, who also pleaded not guilty and was released on $10,000 bail.

As part of the case against Morgan, federal prosecutors John D. Fabian and Douglas A.C. Penrose are seeking a $267 million judgment and the forfeiture of several properties in New York and Pennsylvania, including two apartment complexes in Buffalo: Amherst Gardens on Amherst Street and the Morgan Ellicott Apartments on William Street.

Separately, the Securities and Exchange Commission filed a civil lawsuit against Morgan and two of his companies in what the agency termed an "emergency action to halt ongoing misconduct."

The suit claims Morgan operated a series of fraudulent private securities offerings in "a Ponzi-scheme-like manner" by using new investor funds to pay off old investors and "cover up other mortgage fraud-related conduct."

The charges against Morgan, one of the largest apartment owners in Western New York, are the latest chapter in a prosecution that has already led to guilty pleas from his former chief operating officer, his nephew and a mortgage broker. The new charges came just a week after the No. 2 man at Morgan Management pleaded guilty to fraud and pointed the finger at Morgan.

The investigation has centered on the financing of deals by Morgan's Rochester-based companies. Two of the original defendants – Morgan’s nephew, Kevin, and Buffalo mortgage broker Patrick Ogiony – have already pleaded guilty to federal charges of deceiving lenders. And two others, Morgan’s son, Todd, and mortgage broker Frank Giacobbe remain defendants.

Both Todd Morgan and Giacobbe were present Wednesday and denied the new set of charges.

The Buffalo News first reported more 18 months ago that the Morgan companies were being investigated by the FBI and the U.S. Attorney's Office in Buffalo over the information provided to lenders to justify commercial mortgages, and whether executives misled lenders into extending bigger loans. Subpoenas were issued, the FBI raided the Morgan offices in suburban Rochester in May 2018, and the original indictments followed days later.

The indictments of Morgan and the others mark a major turn for a highly successful businessman who picked himself up after a near-fatal tragedy and is widely regarded as one of Rochester’s leading figures.

Morgan was paralyzed from the waist down after he was shot during a botched robbery of his family’s fish store in 1991. Forced to find a new career, he transformed himself into a full-time real estate investor and developer over the next two decades.

After a brief stint in manufactured housing and mobile homes, he started buying and improving apartment complexes, eventually amassing a network of more than 140 properties around the country, with 36,000 units and 1,300 employees.

More recently, he ventured into real estate development in the Rochester area, with high-profile projects that included Parcel 5 and the Hyatt Regency in downtown Rochester, and Pinnacle North in Canandaigua.

Locally, he is a partner with TM Montante Development in the planned reuse of the former Millard Fillmore Hospital at Gates Circle, but Montante has been working to buy out the Rochester developer’s interest in the project.

Since the investigation and indictments were unveiled, however, Morgan has been squeezed for financing, as Fannie Mae and Freddie Mac barred new loans to him and other lenders reined in their exposure. Some lenders have even initiated foreclosure proceedings, citing the fraud.

Once rapidly expanding, Morgan companies scale back after execs are charged

L.L. Bean is still coming to Amherst, just not where they said they would

Western New York will still get its first L.L. Bean store, but it's headed for the Boulevard shopping plaza in Amherst rather than the former Northtown Plaza.

Located at 434-438 Delaware Ave., the William Dorsheimer House was designed by H.H. Richardson and was built in the Louis XIII style between 1869 to 1871.

This is the fifth Main Street investment grant that Buffalo Place has received and administered to assist building owners in downtown Buffalo.

Amcor, based in Zurich, will be leasing the entire 100,050-square-foot warehouse that Benderson Development Co. put up in 2018 at 135 Buell Ave.