Tops Markets is making a shift to solar, partnering with New York-based energy storage company Convergent Energy + Power to provide electricity to 75 stores, 35 of them in Western New York.

Tops won't actually be putting solar panels on its stores. Instead, it has agreed to buy power produced at three solar farms being built across upstate.

It's happening not a moment too soon, said Burt Flickinger, a retail expert and managing director at Strategic Resource Group, a retail consultancy based in New York City that also helps clients navigate solar power incentives.

"Supermarkets are in the proverbial stone age in terms of solar," Flickinger said. "In terms of sustainability, most of what supermarkets have done other than recycling food waste is changing light bulbs in stores to LEDs."

When it comes to renewable energy, traditional supermarkets are far behind other food stores such as big boxes and warehouse clubs. The energy savings allows supermarkets' competitors to keep consumer prices low.

Wegmans has installed solar panels at two of its office buildings, a distribution center, three stores and its organic farm, which can produce enough electricity to power 268 homes per year, according to Michele Mehaffy, a Wegmans spokesperson.

By contrast, Target and Walmart are the top corporate users of on-site solar energy, followed by Amazon in fourth place, according to Strategic Research Group's data. Costco and Aldi rank at spots 11 and 13, but not a single traditional supermarket cracks the top 100. Walmart plans to get all of its power from renewable energy sources within the next 14 years, it said. BJ's Wholesale Club has been using solar and renewable energy since the 1990s.

Electricity is a grocer's second-highest operating cost after labor. As coal and nuclear plants come offline and energy costs rise, it's going to cost the supermarkets that haven't caught up, Flickinger said.

Convergent's partnership with Tops made the company's off-site energy farms viable, it said, knowing it would have a big customer that consumes a lot of energy. Construction is underway at three off-site solar farms comprising 200 acres in Cicero near Syracuse, Parma in Monroe County and Chaumont in northern New York.

Large lithium ion batteries store excess power from the solar panels for use during peak times. The three sites combined will produce 57 megawatts coupled with 123 megawatt hours of battery storage, and Tops will receive 40% of that energy.

In 2014, Tops Markets converted its truck fleet to natural gas, conserving more than a million gallons of diesel fuel per year and cutting greenhouse gas emissions by more than 6 million pounds of carbon dioxide per year. In addition to lowering its carbon footprint, it garnered the company significant cost savings.

The solar partnership will save Tops 10% on its monthly fuel costs, it said.

Construction on the solar farms is expected to be complete by fall.

In a move is expected to reduce the grocery chain’s fuel costs by more than 50 percent, it will replace its entire 55-truck delivery fleet with more efficient vehicles powered by compressed natural 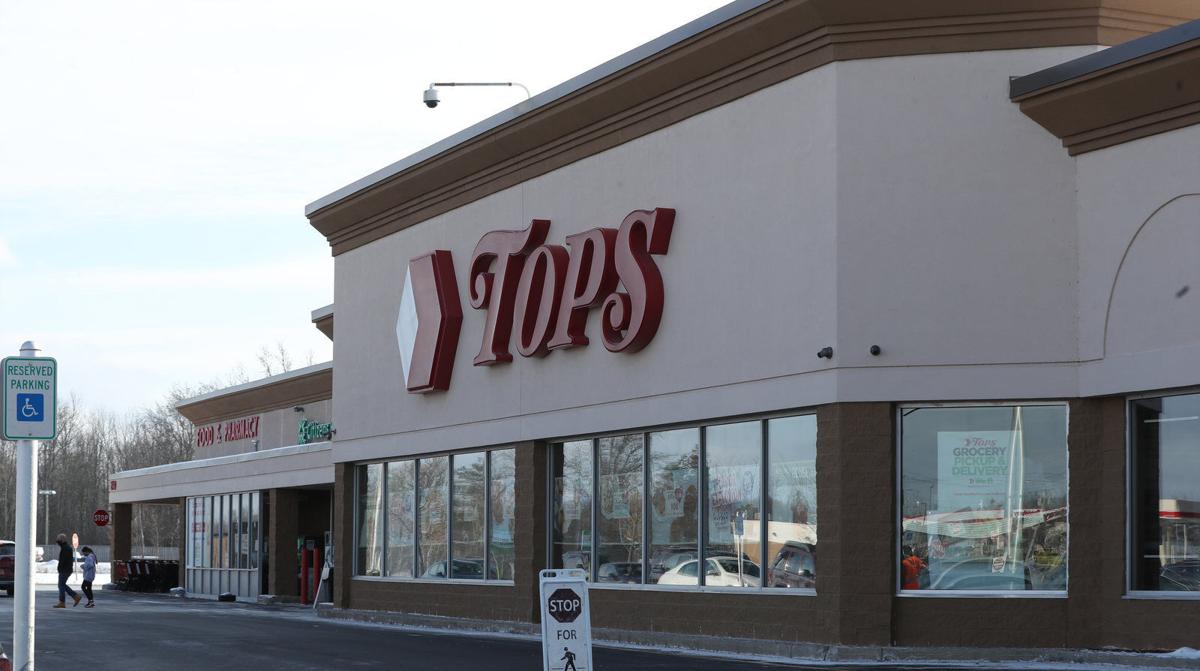 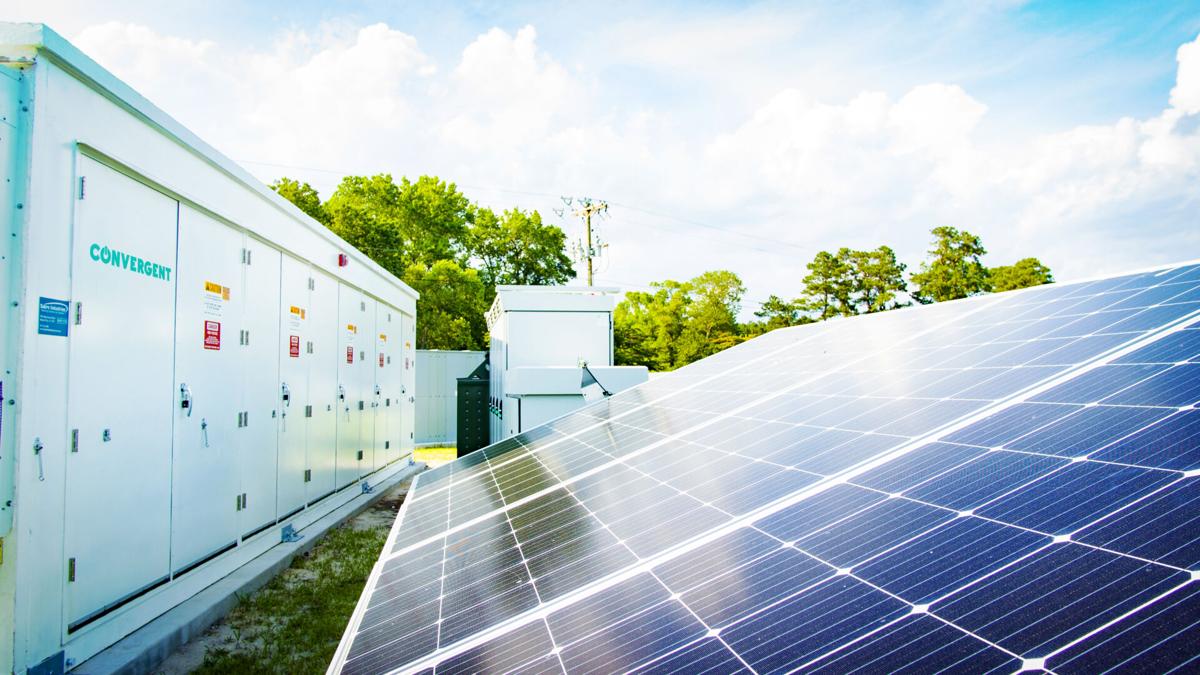 A Convergent solar array like this will supply energy to dozens of Tops Markets locations.