Football season is fast approaching, and you always hear about the "QB carousel" – the signal-callers who land in new places in the offseason.

Adapting that term to Western New York's health care scene, the carousel of CEOs has been spinning like crazy in recent months.

Some have gotten off the ride for good, calling it a career and retiring.

Others have been promoted, called up to the starting lineup to lead their organizations.

Whatever the reason – whether it comes amid many organizations' budgeting and planning season or whether it was planned all along or whether the stresses of Covid played a factor or whether the announcement went out after 6 p.m. on a Tuesday and was called a retirement – we have a bunch of new CEOs in Western New York's health care scene.

Let's catch up. In order, shall we:

May 9: Dr. Jill Owens is named interim president of Upper Allegheny Health System, which includes Olean General Hospital and Bradford (Pa.) Regional Medical Center. Since 2021, Owens had been chief medical officer and vice president of quality for Upper Allegheny, which is under Kaleida Health's umbrella.

May 25: David A. Kobis, a longtime health care executive and management consultant, is named CEO of Wyoming County Community Health System, which includes a 62-bed hospital and 138-bed nursing home in Warsaw, along with several outpatient offices in Warsaw, Arcade, Attica, Castile, Mt. Morris and Perry.

Kobis, who was born in Buffalo and raised in East Aurora, succeeds Joseph L. McTernan, who died Jan. 24 after a brief illness.

June 27: Bruce Nisbet, the longtime president and CEO of Spectrum Health and Human Services, announces he is retiring Aug. 19 after a 54-year career in human and behavioral health services – the last 18 of which were leading Spectrum.

That kicks off a search for the next leader of the Orchard Park-based behavioral health and addiction counseling agency. Once Nisbet retires, Associate CEO Cindy Voelker will become interim president and CEO until that search is complete.

July 12: And here was the shocker. Kaleida Health announces the abrupt retirement of CEO Bob Nesselbush after less than two years in that role but provides no details about the circumstances leading to the change.

In steps Don Boyd as president and CEO. Boyd rose through the ranks over the course of 25 years with Kaleida, a system many say he knows like the back of his hand.

New Kaleida board of directors chair Gary Crosby later tells The Buffalo News: "It was absolutely unanimous with the board that Don is the CEO to take us into the future here. I'm very happy for him because he really deserves it. He earned it."

July 14: Nils Gunnersen, who has served as CEO of Bertrand Chaffee Hospital in Springville and the Jennie B. Richmond Nursing Home, announces he is retiring at the end of 2022. The hospital's board of directors forms a committee to find its next leader and says it is committed to a transition by the end of the year.

July 18: Suzanne L. Bissonette, the longtime CEO of Caz Recovery, announces she is retiring early next year after about 25 years with the agency and more than 40 years in public and nonprofit roles in Western New York. Buffalo-based Caz Recovery, which provides residential substance use treatment across the region, announces a search for her successor, asking for applications by Aug. 26.

Krombacher continues as vice president of clinical services for the organization, which is the only Medicare-certified hospice provider in Chautauqua County. Testa relocated to Chautauqua County from Billings, Mont., where he worked at RiverStone Health for more than nine years.

July 26: Brooks-TLC Hospital in Dunkirk announces that Chief Operating Officer Kenneth Morris has been appointed as the facility's new president and CEO. He takes over from Mary LaRowe, who retired Aug. 1 after a 36-year health care career. Brooks-TLC is affiliated with Kaleida via a management agreement.

Whew, you get all that?

Guess we'll see where the carousel takes us next.

Catch up on the latest news from Buffalo Next:

A Town of Tonawanda nursing home has been fined $53,000 by federal regulators after a resident fell to her death from a third-floor window earlier this year.

Plans for a big pot-growing business along the Lake Erie shoreline are moving forward again.

More upgrades are coming to the area around the Bell Slip at Buffalo's Outer Harbor.

What's going on at the completed Amazon warehouse in Hamburg? A whole lot of nothing so far, and that's raising some concerns since the project received nearly $7 million in tax breaks.

Could Athenex's latest chapter include a sale? Two companies are reportedly interested in the struggling Buffalo firm.

Plans to bring apartments to vacant buildings in the Millard Fillmore hospital complex at Gates Circle are moving forward.

New Era Cap Co. is bringing on new minority investors – and they also are the Buffalo-based sports apparel company's most prominent customers.

A Grand Island pharmaceutical company is taking the wraps off a $76 million expansion that brought in 100 new jobs.

1.The local housing market is still going strong, although it has started to show signs that it's cooling down from its red-hot status of last year.

2. At Moog, a homegrown company takes off: With good-paying jobs, strong customer connections and technical expertise, Moog's operations are the type of manufacturing that the region's business recruiters are eager for more of.

3. With Covid waning, tourists are returning to Niagara Falls. But international travelers still haven't come back in the same numbers and that's leaving a big hole in the local tourism market. Inflation and fears of a slowing economy aren't helping, either.

4. Rich Products relies on innovation and new products to keep its business growing – and a good portion of those efforts are based in Buffalo.

5. The rules for would-be cannabis store operators remain murky – and that's just one of the challenges they face as the launch of a legalized marijuana marketplace approaches.

Allegra Jaros, the longtime president of John R. Oishei Children's Hospital, is leaving Kaleida Health at the end of the year for a hospital l… 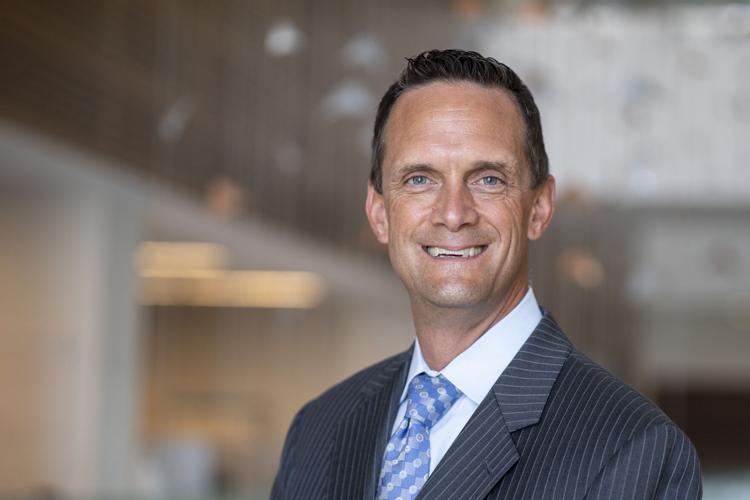 Don Boyd, new CEO of Kaleida Health, stands for a portrait at the Gates Vascular Institute at Buffalo, N.Y., July 26, 2022.