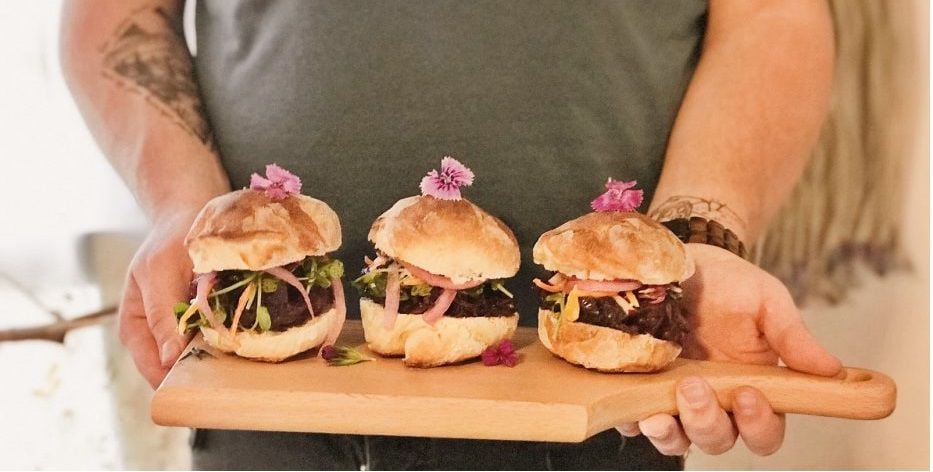 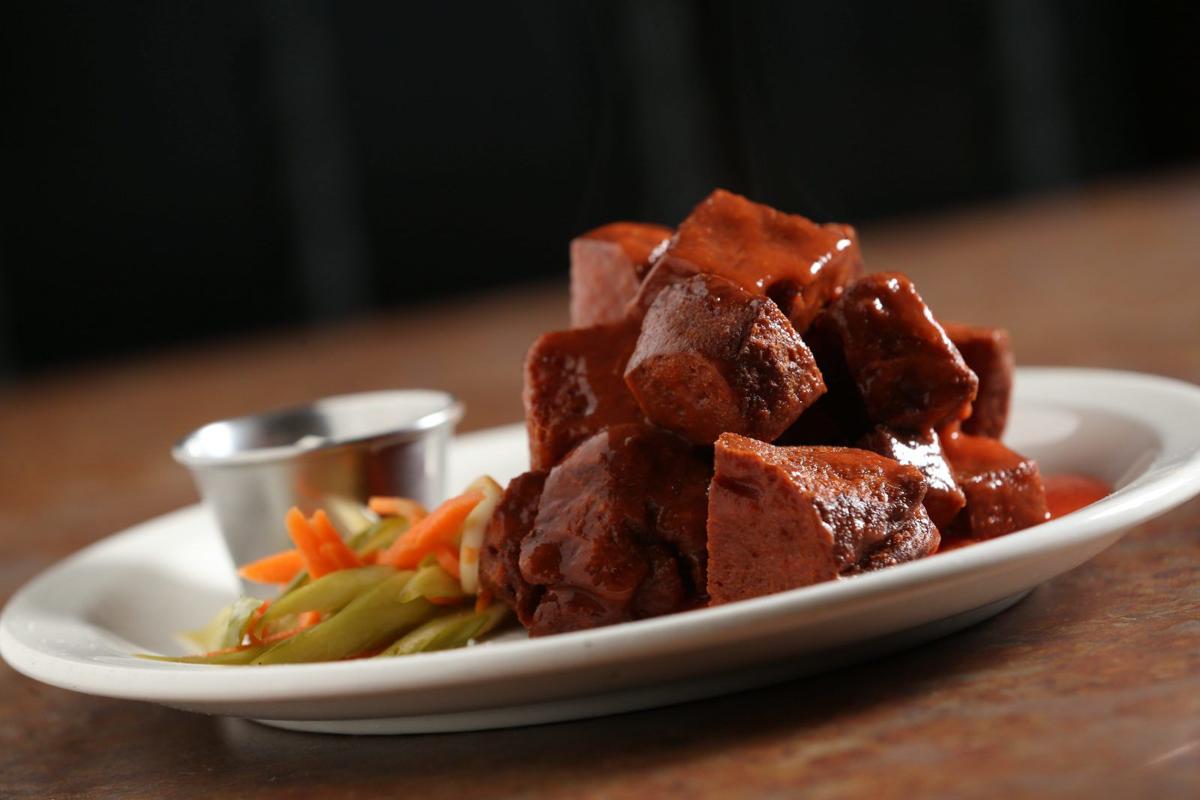 You can get Seitan Wings with vegan dipping sauce for $9 at Merge, 439 Delaware Ave. (Sharon Cantillon/Buffalo News)

If you want a sneak peek at the next exciting food trends that will be making their way to Tops and Wegmans, just take a look at one of your vegan friends’ shopping lists.

Vegans, people who do not eat or use animal products, are huge influencers in the food industry. They’re responsible for introducing some of the hottest superfoods into the mainstream, such as kale, tofu and avocados.

They’re the reason we all know how to pronounce the word “quinoa”. And their influence will only get stronger.

As much as Millennials have embraced plant-based diets, Generation Z is set to outdo them. That generation, which includes those born between 1995 and 2005, is now the largest population segment at 26 percent and growing.

And as consumer demand grows, options in the Western New York market are slowly catching up.

Buffalo vegans have long been fortunate to have such staples as Amy’s Place on Main Street and the Lexington Co-op at their service. But now, more options are coming to the fore.

Most recently, Root & Bloom Plant Based Cafe and Market opened in the gazebo behind Thinking Elvish Fantasy Chocolate at 423 Elmwood Ave. The beautiful, airy atmosphere feels a world away, and the most expensive entree on the menu tops out at $16.

Traditional restaurants have stepped up their game, too, adding more and better vegan options, such as Betty’s on Virginia Street which offers such vegan dishes as polenta with roasted squash and Thai noodle salad.

“Why every restaurant doesn’t have a vegan menu is beyond me,” said Shawn Edin, co-owner of Dragon Babies Diner and Grill, 452 Oliver St. North Tonawanda. “It’s not a difficult thing to do.”

He scoffs when people raise their eyebrows at the idea of Oliver Street becoming a vegan hub in the community. The Vegan Grocery Store opened just a block away the same month, owned and operated by a vegan family that was tired of hunting through grocery aisles looking for food it could eat. Edin noted that several North Tonawanda restaurants, such as Yummy Thai on Webster Street, have offered vegan dishes for years. Honey Tree Health Shoppe, on the 200 block of Oliver Street, has counted vegans among its clientele since the 1990s. And the farmer’s market on Robinson Street is one of the region’s best.

So, yeah, I’m not sure why people are so surprised either.

But whether you’re vegan or not, get ready to see more vegan foods and ingredients out there. Foods you’ve likely never heard of will be popping up everywhere. Freekeh (an ancient grain), moringa (the seed pods and leaves of a drought-resistant tree) and umeboshi (Japanese fermented plums) are all poised to take store shelves by storm.

Watch for innovative uses of things like spirulina (blue green algae) and aquafaba (the liquid drained from garbanzo beans), too.

Even omnivores can use more variety in their repertoire, after all.

You can get Seitan Wings with vegan dipping sauce for $9 at Merge, 439 Delaware Ave. (Sharon Cantillon/Buffalo News)