With home sale prices soaring across the country, million-dollar home sales are becoming much more common in many places.

Not so much in Western New York yet, although they have picked up here as well.

According to a report by Inspection Support Network, the Buffalo Niagara region had the second fewest home sales topping $1 million in 2020 out of all large U.S. cities, accounting for just 0.19% of all deals. That's just one of every 500 sales in Western New York.

By comparison, across the entire country, 4.76% of all transactions involved homes selling for more than $1 million. And statewide – which includes the pricey New York City and Long Island markets where million-dollar homes are a dime a dozen – it's 9.7%, which means one of every 10 homes is a million-dollar deal.

To be sure, that's not surprising, considering the more affordable nature of housing in Western New York. It's well-known that you don't need to be a millionaire to buy a nice, big house here - a selling point that is often touted about the region.

But other statistics from the report showed surprising similarities and differences. For example:

The study used data filed with bank regulators under the Home Mortgage Disclosure Act, and examined conventional home purchase loans in 348 metro areas with at least 100,000 residents. Buffalo was tied with Rochester at the bottom of the ranking for large cities, but Rochester's median home price and median income were both lower.

Not surprisingly, more than one in five California homes sold for over $1 million, as the top four cities for million-dollar homes are all located in the Golden State. In fact, in the San Jose area - which led the nation - nearly two of every three houses exceeds $1 million.

Hawaii and Massachusetts were next among states, at 17.51% and 10.18% of all homes exceeding that mark, followed by New York. By contrast, 16 states had less than 1% of homes selling at that level.

Median prices generally have been on a steady and accelerating climb for over 60 years, but the rate of increase has picked up in recent years, especially since early 2020 and the start of the Covid-19 pandemic. The national median topped $400,000 for the first time in 2021, while Buffalo's median exceeded $200,000 for the first time. Buffalo also pierced the $2 million ceiling for individual home sales earlier this year.

It's the BOM. Brothers of Mercy, the nonprofit senior housing organization that operates a 92-acre senior-living and continuing-care community in Clarence, is planning a partial renovation of the former Sacred Heart Home building at 4520 Ransom Road. The project would introduce a mobile primary care office, a research office for the UB Aging Resilience Center and a pharmacy to 5,645 square feet on the first floor of the brick building's north wing, next to a chimney tower.

Golf carts and pools. The Hamburg Planning Board on May 4, during its work session prior to the formal meeting on May 4, will review a proposal and special-use permit request from Golf Carts Unlimited to build a 2,000-square-foot building, an addition to its existing building, and a roof extension for covered parking at 2330 Lakeview Road. The panel will also consider Colley's Pools' request for "sketch plan direction" for its proposal to build a new 6,000-square-foot warehouse at 4953 Camp Road.

Rising costs. The Hamburg Industrial Development Agency on April 20 authorized an increase in a previously approved mixed-use infill project at 290 Lake Street in the Village of Hamburg, at the corner of Church Street, because of rising construction costs. The project by developers Joseph Battin, Christian Gorino and Paul Lamparelli entails construction of a 19,260-square-foot apartment building on the site of a Schmidt's Collision and Glass building, which collapsed under the weight of snow after the November 2014 storm. The new three-story building will consist of 10 market-rate units with one or two bedrooms in each, totaling 12,840 square feet, plus another 6,420 square feet of "spec" office or retail space. The project cost rose from $3.16 million when originally approved to $4.52 million. Under the new terms, the developer will now receive $136,524 in sales tax breaks, $267,517 in property tax abatements and $23,250 in mortgage recording tax relief.

Catch up on news tied to Buffalo Niagara's economy:

A small Airbnb-style, eight-room boutique hotel is being planned for Lancaster, near Como Lake Park. The $2.8 million project would consist of an 18,000-square-foot, two-story mixed-use building, using a vacant lot that used to be home to Desiderio's and then Brother's restaurants.

A new $2.5 million, four-story self-storage facility with 164 storage rental units is being proposed for 321 Commerce Drive in Amherst by landscape contractors Eric Bogart and Michael Sinatra.

M&T Bank is about halfway to hiring 1,000 technologists in the Buffalo area, an ambitious goal set three years ago, just before making Seneca One tower the place where the bank would establish its "tech hub."

Dr. Todd Shatkin and Daemen University are seeking nearly $394,000 in sales tax breaks for the $7.85 million project to bring a new dental school and physical rehabilitation center to the Amherst campus.

About a month after a deal was announced and weeks after the state approved a budget that included funding for it, the Erie County Legislature will finally begin discussions on the Buffalo Bills stadium deal this week.

Fattey Beer Co. will open in three more locations, including one in Kenmore and additional stores in the Neighborhood of Play by the Strong National Museum of Play in Rochester and in Westerville, Ohio, near Columbus. There are five of the craft-beer taproom and beer store hybrids in the area.

For the first time in more than a decade, mortgage rates have reached 5% – up from 3.1% in December – driving up the cost of buying a home, which could lead to a slowdown in sales and more modest increases in home prices, according to M&T Bank's chief financial officer.

1. A new statewide energy plan being debated would gradually phase out the use of natural gas, in favor of electricity, resulting in big changes for how Western New Yorkers heat their home and operate their appliances.

2. Three local growers are among the 52 granted the first licenses to cultivate adult-use recreational marijuana in the state. They include The Releaf Market in Jamestown, Yager Farms in Eden and Wheatfield Gardens in Wheatfield.

3. Some companies, such as Independent Health and Freed Maxick, are embracing "hoteling," where remote employees reserve a workstation for the days when they come into the office to do their jobs, rather than having a dedicated desk of their own.

4. Building a new Buffalo Bills stadium is expected to create 10,000 local jobs for construction workers, but some contractors are feeling left out due to the stadium pact including plans for a project labor agreement that requires contractors to pay prevailing wages.

5. The remarkable rebirth of Bethlehem Steel's home: With a smattering of new developments, and more on the way, the shuttered Bethlehem Steel complex is becoming a sign of revival.

The Buffalo Next team gives you the big picture on the region’s economic revitalization. Reach Real Estate & Development reporter Jonathan D. Epstein at (716) 849-4478 or email him at jepstein@buffnews.com.

Mortgage borrowers have become accustomed to rates of 3% to 4% – sometimes even lower – that have granted them far more buying power on a house than ever before. And they've used that to bid up home prices in an often desperate attempt to beat out rival buyers that swoop down on almost every available house as soon as it hits the market.

The Town of Clarence Planning Board will consider a request for an addition to the Brothers of Mercy Nursing & Rehabilitation Center when it meets Nov. 8. The nonprofit religious organization, which provides senior and rehabilitation care ranging from independent living to skilled nursing at its 120-acre campus, is seeking a building permit and architectural approval for the addition at

Clarence businessman Daniel Snyder has donated $100,000 toward construction of Brothers of Mercy’s $17.5 million addition to an assisted living facility and memory care building in the town. Snyder is president and CEO of inLighten, a Clarence-based media and digital sign company. Its headquarters is on Wehrle Drive, near the Brothers of Mercy campus. “I believe one of the

Brothers of Mercy to break ground on $21M expansion

The Brothers of Mercy, a nonprofit provider of nursing and rehabilitation services, will break ground Tuesday on a $21-million expansion in Clarence. Construction, which is expected to take 12 months, will add 64 assisted living apartments and a 32-unit memory care wing to the Brothers’ existing Wellness Campus at Bergtold and Ransom roads. The project will also see the

Brothers of Mercy residents were not separated by 6 feet at a table where two of the individuals were working on a puzzle during an infection control review, according to an inspector.

A planned $17.5 million addition of an assisted-living facility and a memory care building on the Brothers of Mercy campus in Clarence has moved one step closer to final approval. The Clarence Town Board on Wednesday granted a special exception use permit for the expansion at Bergtold and Ransom roads. The town Planning Board still must approve the final

Two health care organizations are planning major expansions in Clarence. The Brothers of Mercy want permission to construct an assisted living facility and a memory care building, with 96 total beds at a cost of $17.5 million, at its Nursing and Rehabilitation Center on Bergtold Road. And Unyts, which encourages and manages the donation of organs and blood, is

The great debate between Hamburg Mayor Thomas Moses and a student from Union-Pleasant Elementary School did the trick. The two are featured in a video that helped the Hamburg Community Playground win a $20,000 Kaboom grant – with the help of residents who voted on Facebook. The mayor and the student, Jacob, are in a mock race for election,

Swimming pools can be a great way to beat the heat, but understand the expenses and time commitment before you dive 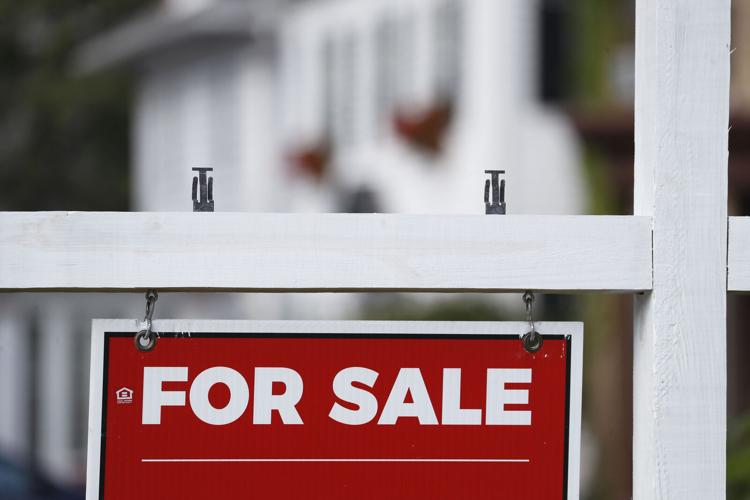 Not many homes sell for more than $1 million in the Buffalo Niagara region. 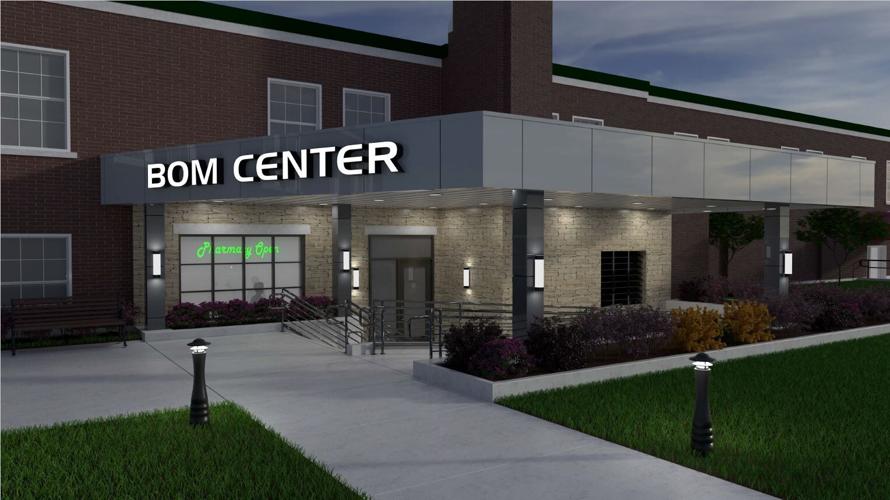 A rendering of the proposed new Brothers of Mercy Center at its Clarence campus, with a doctors' office, a research office and a pharmacy in part of the former Sacred Heart Home building.