TM Montante Development, chosen by a state agency as the developer of four lots in downtown Niagara Falls, unveiled its plans Wednesday as it requested tax incentives from the Niagara County Industrial Development Agency.

The Tonawanda company plans to convert the former Niagara Mohawk Building at 500 Third St., also called the Niagara Hudson Building, into a conference and events center with office space on the second floor. Next door, at 512 Third St., a one-story building is to become a brewery and restaurant.

The cost of the two projects, targeted to open in mid-2022, totals nearly $3.4 million.

But TM Montante President Christian Campos said they wouldn't be possible without tax incentives, and, in the case of the former electric company building, historic preservation tax credits.

The financing assumes the electric building project will receive $788,000 in state and federal tax credits and a $352,000 grant from the NCIDA's Cataract Tourism Fund. The brewery-restaurant package assumes a $104,000 grant from the latter fund.

Campos said incentives are especially important in Niagara Falls, where rents need to be set lower than in Buffalo.

"It's important to note that all these projects are located in depressed areas of Niagara Falls," said Andrea Klyczek, assistant director of the NCIDA.

In 2019, USA Niagara Development Corp., the local arm of Empire State Development, used Buffalo Billion funds to acquire these and other properties from former owner Joseph "Smokin' Joe" Anderson in a $15 million deal.

The two Third Street buildings, along with a parking lot at 503 Main St. and a vacant lot at 518 Third St., were officially transferred to TM Montante's ownership in March.

The parking lot, with about 40 spaces, will serve the two reused buildings. No construction is planned at 518 Third St., Campos said. The developer also said he hopes to acquire a city-owned alley between the buildings and the parking area.

The NCIDA staff estimated these incentives would save the company almost $457,000 over 10 years. Six full-time and four part-time jobs are to be created at the events center, not counting those in the leased offices above it, and two full-time and eight part-time jobs at the brewery and restaurant.

Campos said TM Montante is "in very advanced negotiations" with "a popular operator" for the brewery and restaurant, and also is close to a deal with a tenant for one of the two office suites in the former electric building.

Campos said the 12,710-square-foot electric building "would be a complex conversion" in order to maintain its architectural style, including a rotunda ceiling that needs to be rebuilt.

"We do anticipate operating a lot of events. It's a spectacular space," Campos said.

"It's a great building to utilize. It was built so strong," NCIDA board member William L. Ross said.

The brewery and restaurant would be placed in a 9,165-square-foot building erected in 1930, and an outdoor beer garden is part of the plan.

The NCIDA board is expected to vote on the incentives July 14.

TM Montante successfully completed a $5 million makeover of three buildings at Seventh and Niagara streets in the Falls, announcing in March that all the space had been filled.

Although the state now owns more than 30 parcels, USA Niagara has decided to group them into five larger development areas and seek ideas from the private sector, beginning next month with a request for proposals for redevelopment around the corner of Old Falls and First streets.

Two Erie County companies that have been involved in previous Niagara Falls developments will have the chance for more work in the city's Third and Main Street corridors.

TM Montante, the Town of Tonawanda development company that renovated a vacant building in Niagara Falls into a multitenant facility, will try to transform two other Falls buildings. USA Niagara Development Corp., the local branch of Empire State Development, on Thursday named Montante its preferred developer for two buildings and two lots in the 500 block of Third Street

New York State this week completed its purchase of 31 properties that run through the center of Niagara Falls’ downtown tourism district. With the properties in hand, the state will try to sell them to others who can revive a chunk of the downtown core. It’s the state’s largest real estate deal in downtown Niagara Falls since the state 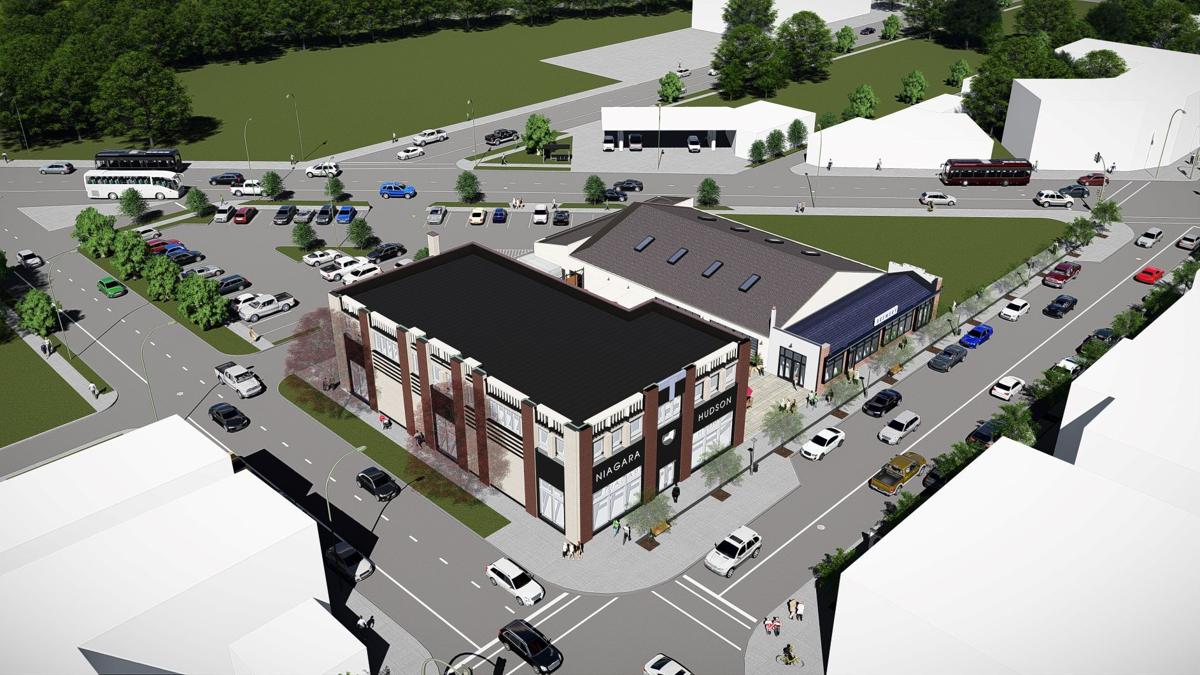 A rendering of 500 Third St., Niagara Falls, on the left, and 512 Third St., as envisioned by TM Montante Development. 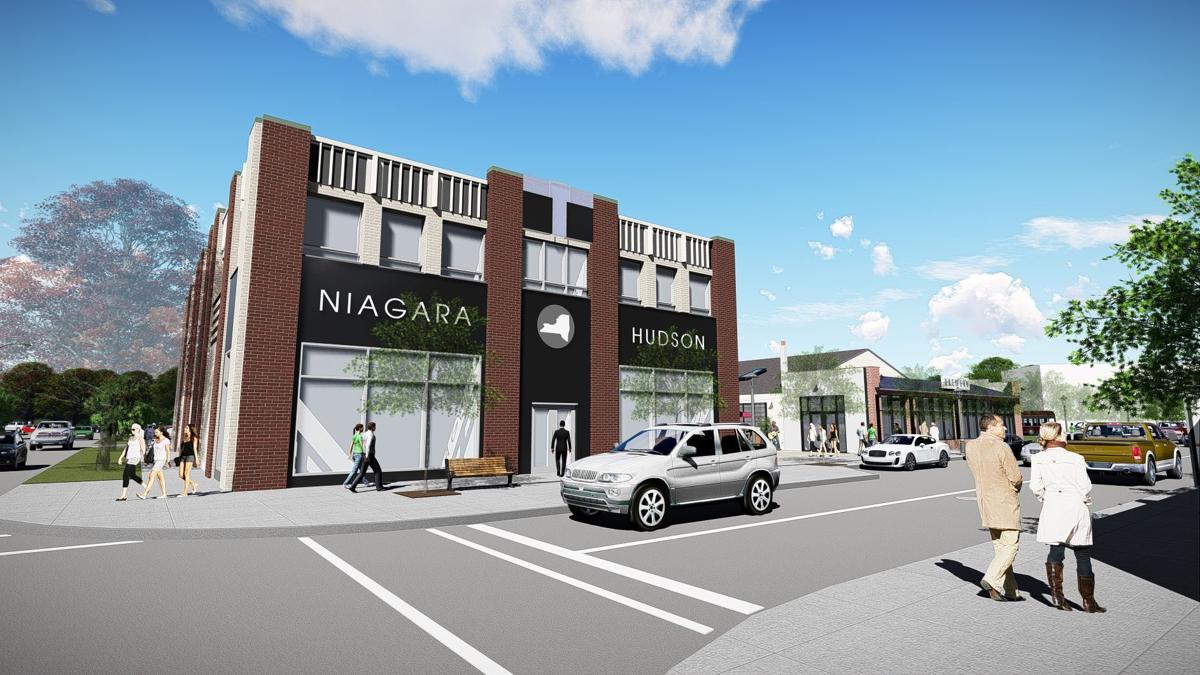 An architect's rendering of the planned exterior of the Niagara Hudson Building at 500 Third St., Niagara Falls. 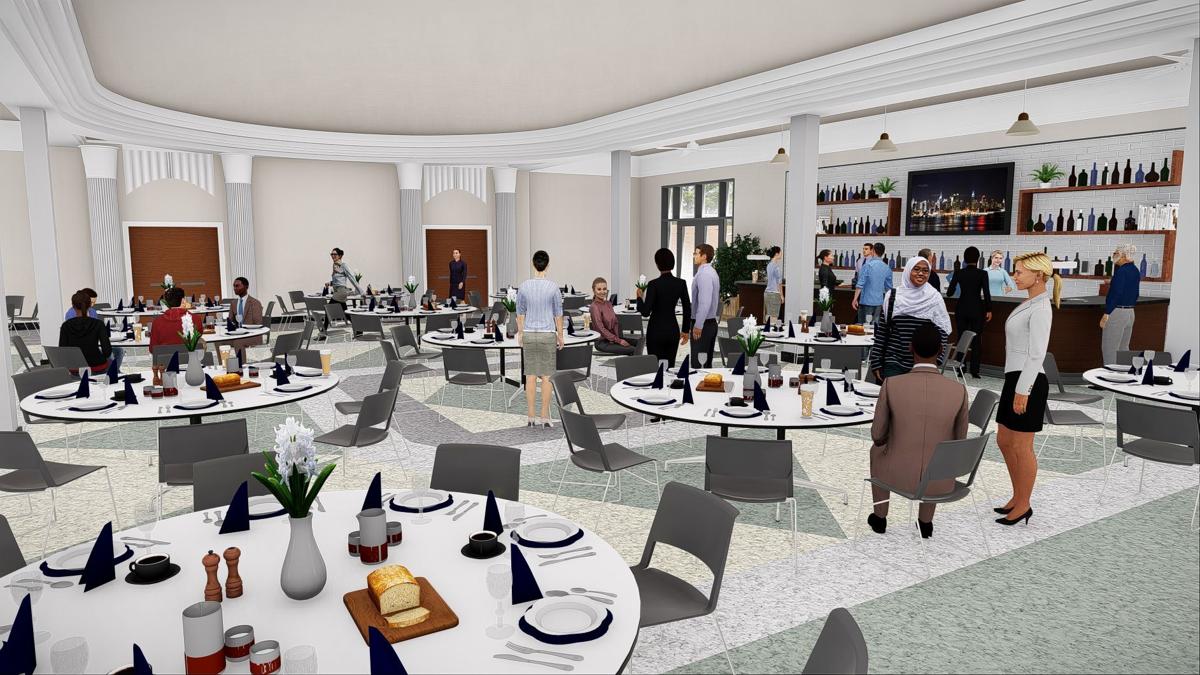 An architect's rendering of the planned interior of a conference and events center at 500 Third St., Niagara Falls. 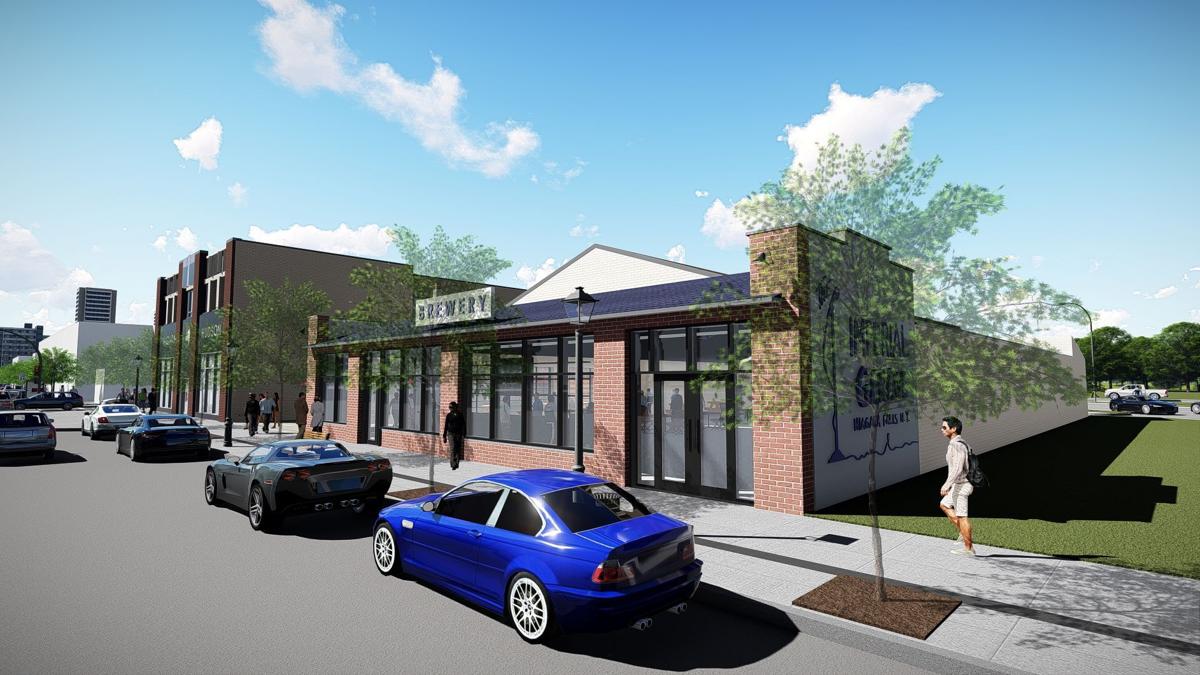 An architect's rendering of a planned brewery and restaurant at 512 Third St., Niagara Falls.