Building on a legacy of newborn screening research at UB

Dr. Robert Guthrie was born and educated in the Midwest, but he made his mark in Buffalo.

More than six decades ago, Guthrie developed a blood spot test to screen newborns for a genetic disorder called phenylketonuria, or PKU.

His innovation is the reason why newborns, a few days after birth, undergo a pinprick puncture on their heel, often called a heel prick test. The blood collected is, today, used to detect as many as 50 genetic disorders, allowing babies to be treated immediately – and it all started with the screening approach Guthrie developed while he was a faculty member at the University at Buffalo and a physician at what we now know as Oishei Children's Hospital.

Honoring Guthrie's legacy and bringing together like-minded genetics researchers is the idea behind the 2022 Robert Guthrie Symposium, a hybrid event that will be held June 28 at the Jacobs School of Medicine and Biomedical Sciences.

This will be the second year for the symposium, and UB has high hopes for the event moving forward.

If not for Guthrie, maybe Dr. Taosheng Huang never comes to UB.

"His contributions to the medical field inspired me to come to Buffalo to rebuild the program here," said Huang, a clinical genetics expert recruited to UB and Oishei in 2020 after several years at Cincinnati Children's Hospital Medical Center.

In addition to being a professor and chief of the Genetics Division in the Department of Pediatrics at the Jacobs School, Huang also is the medical director of genetics and metabolism at Oishei.

"A legacy of successful research is really critical to attracting individuals to come and look at the University at Buffalo," said Dr. Allison Brashear, dean of the Jacobs School.

The first symposium in 2021 was all virtual and had more than 700 participants globally. This year's event is hybrid and, as of June 16, had 340 people registered.

The event, focused on newborn screening and metabolic disorders, features speakers from across the country, including Guthrie's son, James Guthrie, a professor emeritus at the University of Kansas School of Business.

The symposium takes on added importance this year, given the ongoing baby formula shortage that is hitting families of children with metabolic diseases the hardest.

UB hopes to grow the symposium every year.

"I'd like to see the Jacobs School being seen as a leader in pediatric research and the Robert Guthrie Symposium being one of the key cornerstones of bringing in amazing speakers from the outside but also featuring our own researchers," Brashear said.

A RENOVATION PROJECT AT MERCY

Tell me more: Five of the birthing rooms have Jacuzzi tubs and all rooms have specialized showers for hydrotherapy. The new rooms also have lighting that can be adjusted to the mother's preference, flat-screen TVs and recliners for birthing partners. Mercy said its services also include a 24/7 in-house OB/GYN physician, neonatal coverage, 24/7 anesthesia coverage for epidurals and C-section deliveries, and around-the-clock midwifery services.

Why it matters: It's the latest investment in mother-baby services in Western New York. For Catholic Health, the system also in recent years invested $8.8 million in an expansion and renovation of the neonatal intensive care unit at Sisters of Charity Hospital – the busiest hospital in the region for births in 2019, the most recent state data that is available. While Sisters had 3,330 births in 2019, Mercy Hospital had 2,080, which ranked fourth in the region behind Sisters, Oishei Children's Hospital (3,151) and Millard Fillmore Suburban Hospital (2,791).

What: Schoellkopf Health Center, the nursing home connected to Niagara Falls Memorial Medical Center, is hiring certified nursing assistants, licensed practical nurses and registered nurses – with higher wage rates planned as part of labor talks with 1199SEIU United Healthcare Workers East. The union cautioned that it is reviewing management's wage proposals and hopes to reach an agreement by the end of June.

Why it matters: Nursing homes have struggled to recruit and retain workers, and higher wages are obviously a key to luring and keeping more staff. While the proposed new wages emerged from union negotiations, it also shows where the market is moving: The days of being able to pay a CNA less than $15 an hour are ending. And for those employers that don't raise wages, good luck finding staff.

Catch up on the latest news from Buffalo Next

Perry's Ice Cream Co. wants to expand its production of novelty treats at its Akron operation, by constructing an addition that would house an extruded ice cream machine.

A growing 76-year-old trucking and logistics company Speed Global Services is seeking to renovate 21 old manufacturing buildings on Vulcan Street in the Town of Tonawanda as part of the $7.145 million project to gain significantly more space for warehouse and distribution.

With jobs hard to fill, nursing homes are becoming a hotbed of labor activism as workers push for higher wages at unionized facilities.

It's an active time in the world of health care labor discussions, especially at pandemic-battered nursing homes where workers say they're fed up with low wages and chronic understaffing. Workers at four McGuire Group homes, in fact, held pickets Thursday as negotiations continue.

SUNY Erie Community College is poised to cut staff by more than 150 people in the next month – and that’s just the beginning of the restructuring needed to keep the college alive, ECC President David Balkin told county legislators Thursday.

As Erie Community College works on its 2022-23 budget, Erie County Executive Mark Poloncarz, in a letter to county legislators, warned that ECC has “one additional year of breathing room left” to make cost-cutting reforms or face dire consequences.

Richard S. Gold will retire as president and COO of M&T Bank early next year, wrapping up a career with the bank that began in 1989 and included helping to make M&T one of the Buffalo Niagara region's largest private employers.

SAA-EVI is preparing to launch the next phase of its Buffalo East Side affordable housing project by adding townhomes on nearby lots along Sycamore and Mortimer streets. The developer has already converted the former Buffalo Forge industrial site into a $50 million housing complex.

Plans for a boutique hotel as part of the Elmwood Crossing project have been dropped in favor of more apartments.

A hate crime put a spotlight on Buffalo's economically distressed neighborhoods and one of the city's more persistent problems: too few grocery options in some of its poorest areas. But in its wake, it also is leading to renewed momentum for an initiative that seeks do something about both.

Kaleida Health could add more than 400 full-time employees by Jan. 1 under plans that will soon be submitted to the state Health Department to comply with a New York hospital staffing law.

1. The Buffalo Niagara region added 1,400 jobs during May as it continued its slow but steady recovery from the Covid-19 recession. It is an encouraging sign for the region's economy at a time of soaring inflation and rising interest rates.

2. The gasoline tax suspension provided only fleeting relief from soaring prices that now are approaching $5 a gallon – and that has drivers changing their habits and looking for other ways to save.

3. New Western New York tech boot camp: 'A shining example of the power of diversity': Buffalo's Tech Academy Data Analytics Bootcamp, the first of its kind in Western New York, has its first graduates. The initiative aims to build a tech workforce that represents the area's diversity and fills the needs of local companies.

5. A new build for Tops on East Side would have taken 'years': Renovating the Jefferson Avenue store will allow Tops to reopen it by the end of July, while building a new store would take years. That timeline is a major reason behind the company's decision to reopen, rather than rebuild, the location.

State fines 2 WNY nursing homes: One for failing to perform CPR, another for Covid violations

The two nursing homes that were docked by the state Health Department also were fined a few months ago.

If you're a first-time homebuyer, take heart: Buffalo is one of the best cities in the country for you.

Developer Douglas Jemal is seeking permission from the Buffalo Preservation Board this week to start the initial work on the historic property.

The region is heading into the current period of economic uncertainty from a position of weakness, Robinson says.

The court filing comes amid ongoing efforts by Starbucks Workers United to organize workers at Starbucks stores around the country, and opposition by the Seattle-based corporation.

Athenex sells off another asset – this time for $85 million

The company, founded as Kinex nearly two decades ago, in March said it was focusing its research-and-development resources on developing cell therapy programs while cutting jobs and slashing costs to lower operating expenses by more than 50%.

As the state’s Office of Cannabis Management gets closer to accepting applications for the first retail sales licenses, members took the next step Wednesday in the process of moving the recreational marijuana industry forward.

The Buffalo Niagara region's shrinking unemployment rate got even smaller in May. The jobless rate dipped to 3.4%, the lowest on record for the region in state Labor Department data going back to 1990. 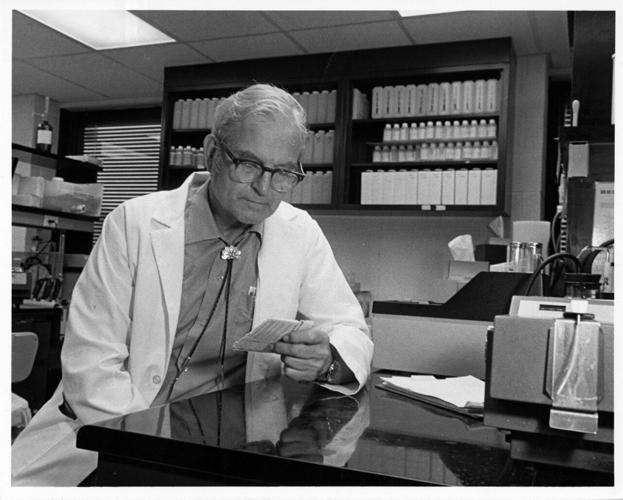 Dr. Robert Guthrie developed the heel prick test, a screening approach for newborns, while in Buffalo. The Robert Guthrie Symposium, to be held June 28, 2022, aims to honor his legacy and bring together genetics researchers.