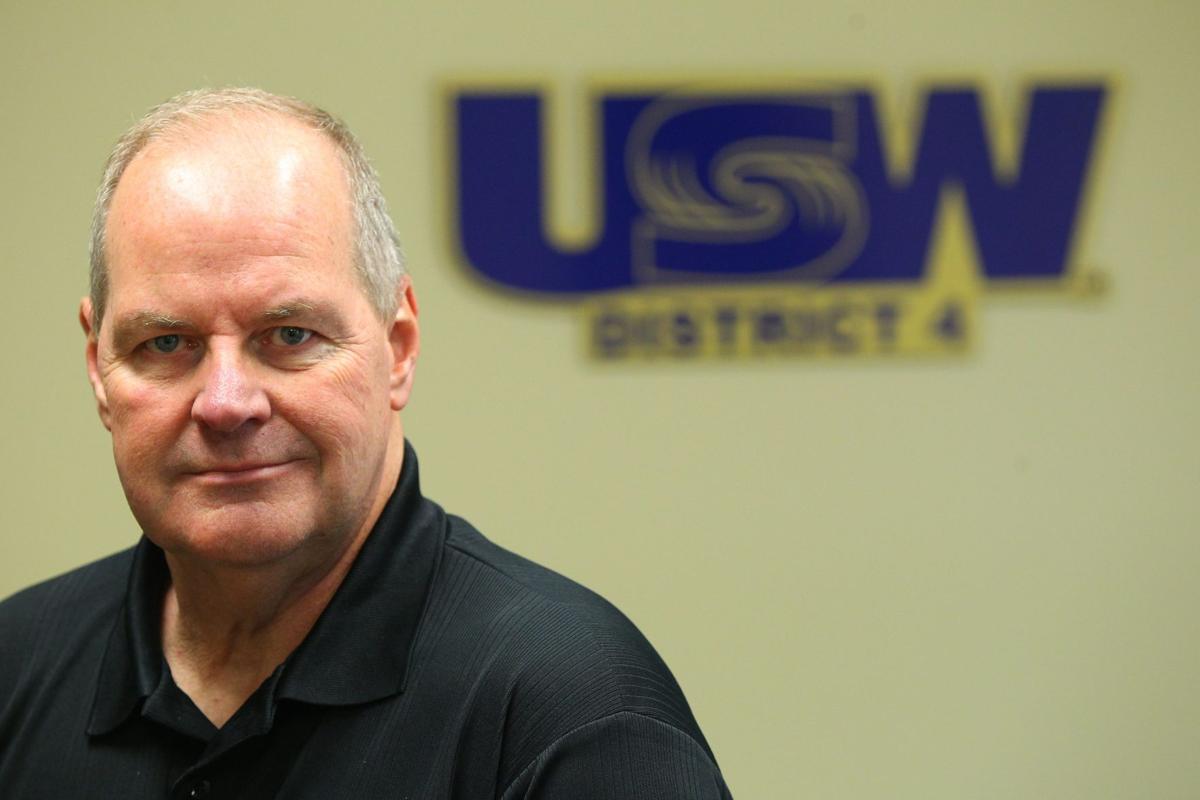 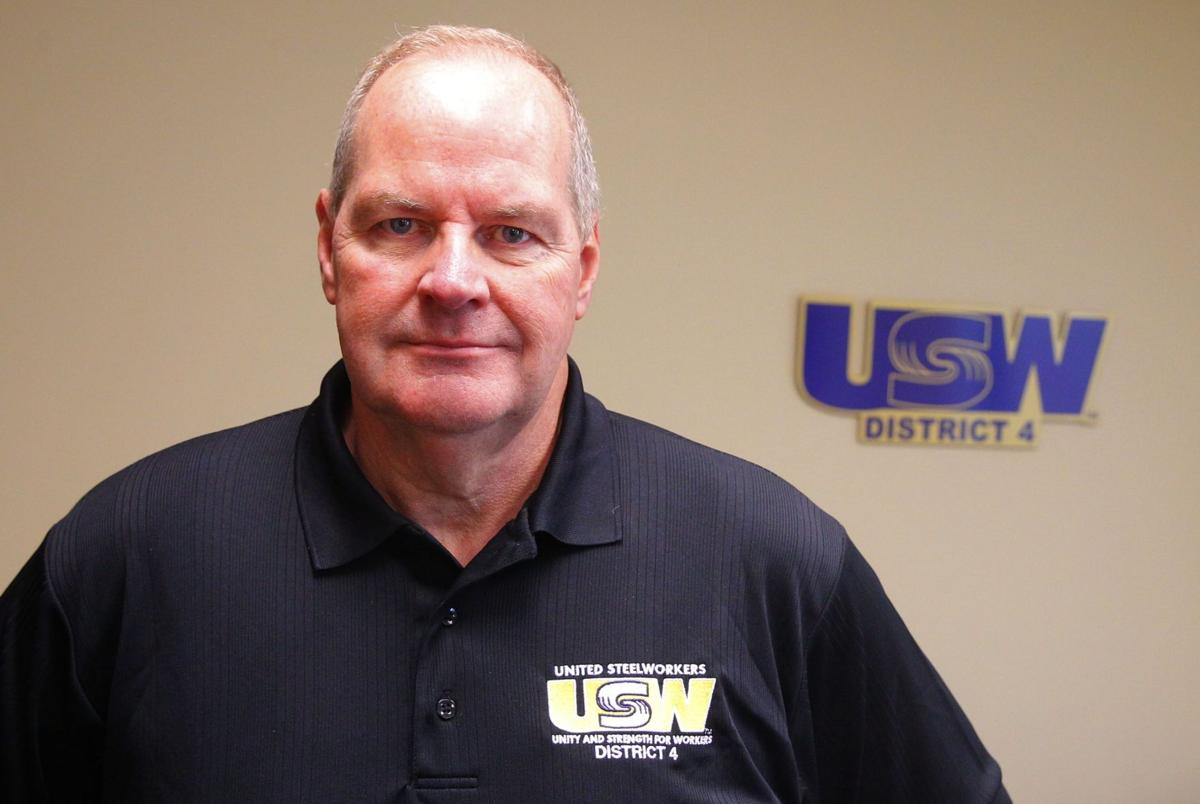 Inside the United Steelworkers offices where John E. Shinn works, pins cover a map on the wall.

The pins represent the Steelworkers’ presence across the nine states, plus Puerto Rico, that Shinn oversees as director of District 4. A cluster of the pins dot Western New York, which is home to the district’s headquarters in Cheektowaga.

Shinn’s territory contains about 55,000 active members, including about 8,500 in Western New York.

Shinn, a 59-year-old New Jersey resident, was named district director in January 2012 and serves on the union’s executive board, which includes Leo W. Gerard, the union’s president.

Some of the Buffalo Niagara region’s largest manufacturers, including DuPont, Dunlop and Aurubis, have Steelworkers members, giving Shinn a vantage point on the local economy. He is upbeat about the incoming SolarCity plant, and considers high energy costs and trade agreements like the Trans-Pacific Partnership threats to the nation’s manufacturing base.

Q: How is the health of your union and the industries where you represent workers?

A: I think the health of our union is good. We have taken the initiative to work with a lot of our employers on trade cases, trying to keep work in the United States. One of the weaknesses is the fact these bad trade deals keep putting a great challenge up to us, at any employers where we represent people. We need better government policies to enhance and entice manufacturing to remain, and also to be established. New York’s got some pretty good incentives and policies out there for manufacturing.

Q: How do you feel the Trans-Pacific Partnership would affect the manufacturing base in a place like Buffalo?

A: I think it’s devastating. We will probably lose some jobs. But the bigger impact is we have to compete with places like Vietnam, and the fact is it’s going to affect us at the bargaining table, trying to keep the standard of living for our members where it needs to be, where they can raise a family and do what they have to do to send their kids to get education and everything else. It’s going to be a devastating impact.

We’ll see the final deal when it comes out, but if they don’t have strong human rights, labor rights, environmental rights. We’re a union that was one of the first to recognize that there was an environmental impact not only because of climate change, but from bad trade policies. If you produce a ton of steel in the United States, and you go and produce that same ton that gets shipped over to China, the (carbon dioxide) emissions are almost two and a half times that go into the same atmosphere. So trade affects all Americans, not just manufacturing.

Q: What are your impressions of Western New York’s manufacturing base?

A: I think it’s strong because of how we work with our employers. We recognize they have to make a profit, and we want them to recognize our members are working hard and deserve a good wage and good benefits and good security for the future. Aurubis (formerly American Brass) is a good example. After the bad years of 2007, 2008, when the crash happened and everything else, we had a lot of employers in jeopardy. Aurubis has come back strong. It’s healthy, it’s added over 100 jobs. They’re doing well. They’re in a competitive industry.

Q: Sumitomo Rubber Industries is taking back full ownership of the Dunlop plant in the Town of Tonawanda, after Goodyear had partial ownership. What effect will that have?

A: We believe they want to establish their footprint stronger in the United States. We’re hoping that they will do the right thing and invest and look for the long-term viability of that facility.

Q: SolarCity is building a manufacturing operation in the city. Do you see an opportunity for the Steelworkers to organize its workforce?

A: Absolutely. I think we’re the ideal union. We established, with Leo Gerard’s leadership, the BlueGreen Alliance. Leo Gerard got together with the Sierra Club back in the mid 2000s and established the fact that we need to understand there is climate change out there, we need to have a say in government policy, we need to work to make sure we have a diversified energy policy, which includes clean, renewable energy.

And we also believe we should be partnered with those companies, quite frankly. …

Q: Union leaders talk about “just transition,” the idea of switching to cleaner forms of energy while looking out for the workers whose jobs would be impacted. What role does the Steelworkers union have in that?

But people that have good, living wage jobs working in the energy spectrum, they should be able to transition over to another good job.

Q: What about bringing younger workers into the fold?

A: I got involved (in a union committee) at a young age. You don’t see a lot of that because a lot of our plants have laid people off. The least-senior person there might be 15, 20 years (of service) . They don’t have a lot of young people. So where we do have young members, we’re making a very serious effort in reaching out, educating them. We’ve had two trainings in the last two years, and trained over 250 young members – we call them NextGen – leaders for our future.