In all, officials said the project could employ 500 to 1,000 people when fully operational.

He's planning to start small for now to get the effort underway. But plans ultimately call for creating more than 1.375 million square feet of building space to grow marijuana plants, make a variety of products and conduct medical research – including on the potential benefits for cancer patients.

The Encinitas, Calif.-based investment and development company already has eight properties under contract from the Buffalo Urban Development Corp. for $1.9 million, but delayed the purchase until recreational marijuana use was legalized in New York earlier this year. State officials are still developing the regulations that will govern the industry, but Zephyr is now confident enough to proceed with municipal approvals for the first $28.5 million phase.

"We just broke it up," Termini said. "We're fully committed to realizing the full vision as originally outlined, but we want to get phase one started right away. We're sick of talking about the project, and we want to get a shovel in the ground."

According to its application to the Buffalo Planning Board, Zephyr intends to focus first on 10.84 acres of land at 310 Ship Canal Parkway – of which only 5.33 acres can be used – and another 4.92 acres at 15 Laborers' Way. Those sites   are north of the Union Ship Canal, with protected wetlands just to the north.

On Ship Canal, the company plans to invest $13.5 million to develop 143,080 square feet of cannabis grow facilities, along with space for processing, quality control, extraction, research, shipping and receiving. That includes a two-story, pre-fabricated metal industrial building of 136,080 square feet and a smaller, 7,000-square-foot, one-story building for a separate tenant.

On Laborers Way, Zephyr would spend $15 million to construct a similar pair of two-story, 68,000-square-foot manufacturing buildings, plus a one-story office building with 6,765 square feet right at the corner of Ship Canal and Laborers.

About 65% of the facilities will house the growing operation, while thction is expected to begin by March 2022, and would take about eight months.

Zephyr is working with Benjamin Siegel's BMS Design Studio and C&S Companies on the project, which received site plan approval and a Coastal Consistency Determination from the Planning Board on Monday. The project "fully conforms" with the Green Code, with no zoning variances required. But the application did note the presence of four endangered species in the area, including the peregrine falcon and the black tern.

Peter Wilson, chairman and CEO of Sonwil Distribution Center, voiced concern about emissions and potential odors from the campus affecting his business, noting that his company – whose clients include General Mills – has two large food-grade warehouses "downwind of this project."

The company has enlisted prominent supporters, such as former Buffalo Mayor Anthony Masiello, as well as those in health care, higher education and human services

"I love the idea that we've got more manufacturing coming into the city," he said. But "you don't want your Cheerios to taste like anything other than Cheerios."

Environmental attorney and advocate Arthur Giacalone also expressed similar concerns about environmental impacts, while questioning if it fit in with the Green Code. And Planning Board members peppered Zephyr representatives for clarity, and debated whether to set conditions.

Zephyr executive Ryan Herrell said the company would be using both carbon-coated HEPA mechanical filtration and chlorine dioxide "to scrub the air," and that has worked well in California. But he also noted that the state is still finalizing regulations that would govern the entire cultivation and manufacturing process – including odor control.

"We are waiting for them like everyone else," he said. "The state rules and regs will not be silent on this, as it's an issue of public concern."

Approval by the city marks a major step forward in Zephyr's initiative, which has been ongoing for more than three years. The investment firm - which initially worked with cannabis company Flora Prime California - signed its contract with BUDC in January 2019, contingent on the State Legislature legalizing marijuana. Officials had hoped to start construction by yearend 2019.

But legislative passage ended up taking much longer than expected, and the new Office of Cannabis Management still has up to two years to draft the rules. That resulted in multiple extensions on the agreement, which now extends until July 2023. Besides 310 Ship Canal and 15 Laborers, the site also includes six other properties on Laborers Way.

Eventually, the Zephyr complex would feature about a dozen buildings on 47.6 acres of the overall site, including seven greenhouse or growing facilities totaling 850,000 square feet, plus two "post-harvest" buildings. An extraction laboratory would take the oil out of the plant to produce marijuana-infused oils, balms, lotions, creams, pills, transdermal patches, food, beverages and other health and wellness products – as well as marijuana cigarettes or joints.

The facility would also include an incubator program for local entrepreneurs, particularly those from disadvantaged neighborhoods. There's also a vocational education and job-training program with Erie Community College, and a partnership with Roswell Park Comprehensive Cancer Center to research how to use cannabis to treat symptoms caused by chemotherapy. In all, the campus would employ 500 to 1,000 workers upon completion.

"You have to think about this as a full cannabis factory, from seed to finished products," Termini said.

But the timing for full buildout will depend on the terms of the new regulations and evolution of the market. "We want to get started as fast as we can, but there will also be regulatory hurdles and constraints that we'll have to analyze and deal with," Termini said. "That's largely undetermined."

Another Voice: South Buffalo cannabis facility not in public’s interest

Now that New York has enacted its Marijuana Regulation and Taxation Act, we can expect Zephyr Partners to revive its application to rezone ab…

The proposed new marijuana-growing farm and manufacturing operation in South Buffalo took its first baby steps toward city approval Monday – even as company executives still await the State Legislature’s action to legalize recreational use of pot across New York. Flora-California Prime and developer Zephyr Partners are seeking to construct what they call a high-tech cannabis campus at Buffalo

Mayor Byron W. Brown’s announcement on Feb. 15 that Buffalo police officers will stop enforcing low-level offenses for possessing pot is a good decision – there are more pressing concerns for police officers. It’s also a portent of the warming political climate where marijuana is concerned. Legalization of recreational pot looks all but inevitable in New York State. Gov.

By the end of 2020, Western New Yorkers could be drinking beverages, swallowing pills, inhaling oils and smoking joints made from marijuana and produced right

$200 million pot farm could be coming to Buffalo's waterfront

State lawmakers haven’t even introduced legislation to legalize recreational marijuana, but a California company is already fielding a plan for a pot-growing farm on part of Buffalo’s 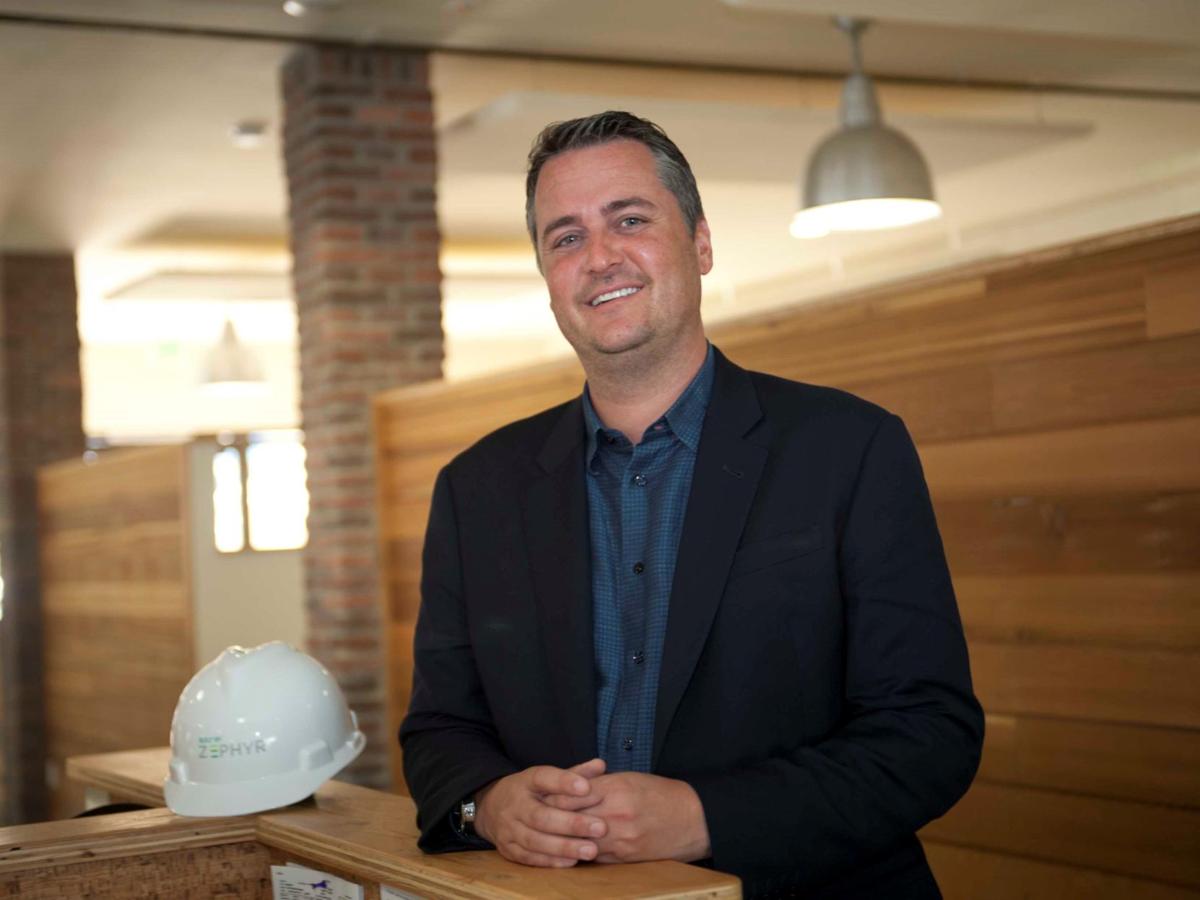