After decades of neglect and several years of labor to restore the grandeur of the lower floors, the rest of the Statler is coming back – including part of it as a hotel.

Just over a year after purchasing the 18-story grand dame of Buffalo's hotels, Washington developer Douglas Jemal has an ambitious plan to revive the century-old complex on Niagara Square, with 550 new apartments and a range of event and meeting space. It is expected to cost between $100 million and $150 million.

He also plans to take three floors in the middle – where the original hotel rooms from the early 20th century are still intact – and restore them as a 200-room boutique hotel to serve banquet and convention needs.

Jemal's plan includes indoor parking for 600 cars, spread over the basement and the first three levels of the 800,000-square-foot building – the first time that Ellsworth Statler's flagship hotel has seen cars on the inside. That will rank it among the largest privately owned parking garages in Buffalo.

"It was a necessary thing to do for the Statler," he said. "I realize what an important driver parking is."

It's the latest Jemal venture transforming the city's commercial landmarks into vibrant new mixed-use centers, following Seneca One tower, Police Apartments, the Richardson Olmsted Campus and 61 Terrace. But it is par for the course for a developer who specializes in historic and adaptive reuse projects, with a long track record in Washington, D.C., and an oft-stated commitment to replicate that work in Buffalo.

"Every single project has its individuality. It's just what we do, creative development," Jemal said. "What's exciting is finding out what works, and putting it all together. That's a successful project."

Located at 107 Delaware Ave., the all-brick Statler sits on the edge of Niagara Square across from City Hall and consists of a three-story base and three connected 16-story hotel towers. Originally opened in 1923, it was the successor to Statler's first hotel that opened in Buffalo in 1908.

And it "exemplified" Statler's elegant style that combined Italian and English Renaissance design with modern innovations like a bath in every room, according to Jemal's application to the city for site plan approval. "The grant hotel was a jewel of the national Statler chain," Jemal's attorney, Lindsey Haubenreich of Phillips Lytle LLP, wrote in a letter to the city Planning Board. "It also served as a social center for generations of Buffalonians."

In later years, however, it was converted to other uses, particularly office space, and decayed with successive owners until it was nearly mothballed in bankruptcy. That's when developer Mark Croce bought it, with a goal of gradually bringing it back to life. He spent several million dollars restoring the first and second floors to reopen the banquet facilities, but died in a helicopter crash in January 2020. His widow sold it to Jemal five months later for $7.75 million.

Jemal immediately picked up the exterior preservation and restoration work that Croce had begun, seeking to bring back the first 30 feet of the facade on all sides to the original 1920s appearance. The building is eligible for listing on the National Register of Historic Places, so Jemal plans to follow federal guidelines and finance the 15-month project in part with state and federal historic tax credits.

"The purpose of the project is to make the Statler Hotel a Buffalo destination once again, with a vibrant center of activity where Buffalonians, visitors and tourists alike can meet, celebrate, and enjoy Buffalo’s beautiful downtown," Haubenreich wrote. "This project has the potential to be yet another success story in the city’s continuing resurgence and will bring yet more people downtown to live, work and visit."

The plan by Jemal and his architectural team at Antunovich Associates now calls for conversion of the vacant towers into apartments and redevelopment of the rest of the base into structured parking, additional event areas and more commercial space.

It will feature 100,000 square feet of event space and 150,000 square feet of parking on the first four levels – including the basement and mezzanine – followed by more parking and apartments on the third floor. The event space will be used all year long for weddings, corporate events and other programs. Part of the former hotel lobby will become retail and restaurant space along Franklin and Genesee streets, while the existing lobby bar will be renovated.

The mezzanine level will have the 5,000-square-foot Georgian Room, the 4,000-square-foot Embassy Room, the kitchen, another 9,000 square feet of meeting rooms and 16,000 square feet of office rooms. The second floor will be entirely parking, while the third floor will be half parking in back. The front half will have apartments where the towers begin.

From the fourth floor to the 18th, the project will be entirely residential or hotel. The apartments will be one-, two- and three-bedroom units ranging in size from 546 square feet to 1,633-square-foot corner units. The new boutique hotel will occupy the ninth, 10th and 11th floors, where the walls, bathrooms and other structural components are still intact from the original hotel days.

Jemal noted that the recent report evaluating the current Buffalo Niagara Convention Center had cited the need for more than 600 hotel rooms when regular business resumes after the pandemic. But the Hyatt Regency Buffalo – which Jemal also now owns – has only 396. So the Statler will now make up the difference. "It's the right thing to have hotel rooms," he said. "It's a nice-sized hotel."

The building's main entrance will be on Delaware and a residential entry on Genesee Street. The parking ramp will be accessed from West Mohawk Street, with an exit onto Niagara Square.

Jemal said he decided to add parking after starting interior demolition work in the basement – where the old and obsolete mechanical systems existed – and realizing the need for both guests and tenants. "It kind of evolved," he said. "I had enough units. I had enough ballroom space. I had enough retail space. But I had no parking, so I felt it was very compelling to create everything within the confines of the building."

Jemal has already begun some of the interior demolition work, but is seeking approval for the rest. No changes are planned to exterior landscaping or lighting, and Haubenreich noted that the plan is "consistent with both the comprehensive plan and the character of the neighborhood and surrounding area."

"The proposed plans are illustrative of the extensive lengths to which the developer has gone," she wrote. "The project design respects and enhances this incredible historic resource. The project will restore and revitalize the iconic former Statler Hotel and will breathe new life into Buffalo’s downtown area."

Proud of his work

From here to now

Imagine looping through the historic century-old Statler in your car, weaving up ramps and trying to find a parking space amid the once-decadent hotel floors where cream-of-the-crop guests once danced or slept.

Buffalo Niagara Convention Center is back in business and looking ahead

Completed and fully opened in early November, the four-story art deco structure at the corner of Franklin and Church streets is now home to 114 residential units.

Jemal – who is spending more than $150 million on the redevelopment of the tower complex – has asked the city to transfer ownership of the 457-space interior garage at Seneca One to Jemal's Seneca LLC.

Jemal plans to put up a nine-story building inside the 110-space "doughnut" parking lot, next to his Seneca One tower and Pearl Street Grill & Brewery.

Washington developer Douglas Jemal is now seeking city approvals for his ambitious plan to construct a new nine-story building with parking and apartments, on a vacant, city-owned lot surrounded by the Skyway loop.

Buffalo's flagship downtown convention hotel is back in business, with a new owner – Douglas Jemal – preparing to take formal control.

The plan foresees the Central Terminal's future as a vibrant destination with economic and social benefits to the Broadway-Fillmore neighborhood and the wider East Side.

Sean Kirst: At Seneca One tower, new color is reminder of 'hardest working guy on the site'

An accident at his home in North Chili that resulted in a head injury has kept Tim Cox hospitalized since April. Cox, 51, is a superintendent for Buffalo Construction Consultants, which was hired to oversee construction at Seneca One.

Ripples from attempts to bring the Statler back still kick up meaning for thousands of Western New York families, Kirst says.

Why you should start repaying your loans early

Why you should start repaying your loans early

Gas prices back on the rise in the United States

Gas prices back on the rise in the United States 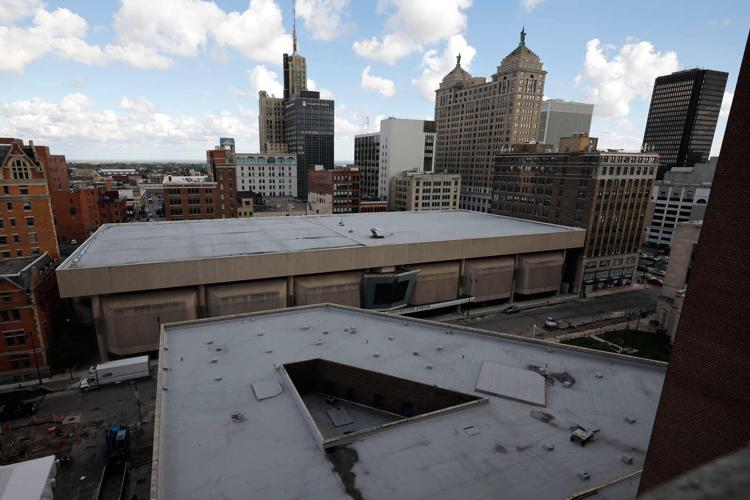 The roof of the third floor on the Franklin Street side of the Statler is planned to become parking, Friday, Sept. 24, 2021. 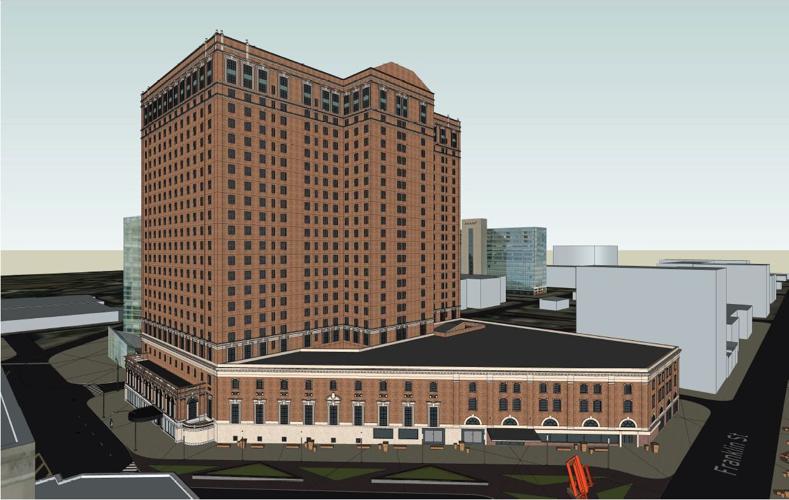 A rendering of the restored Statler, after Douglas Jemal finishes his $100 million to $150 million redevelopment project. 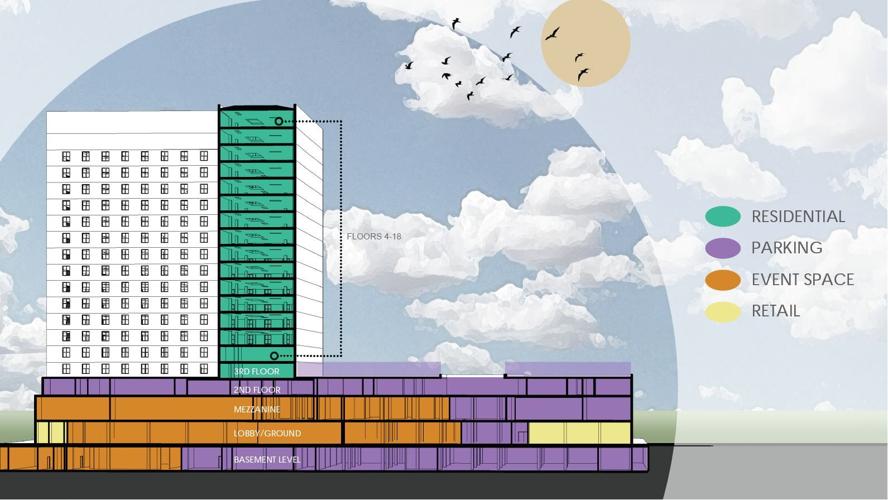 A diagram of plans for the restored Statler, after Douglas Jemal finishes his $100 million to $150 million redevelopment project. 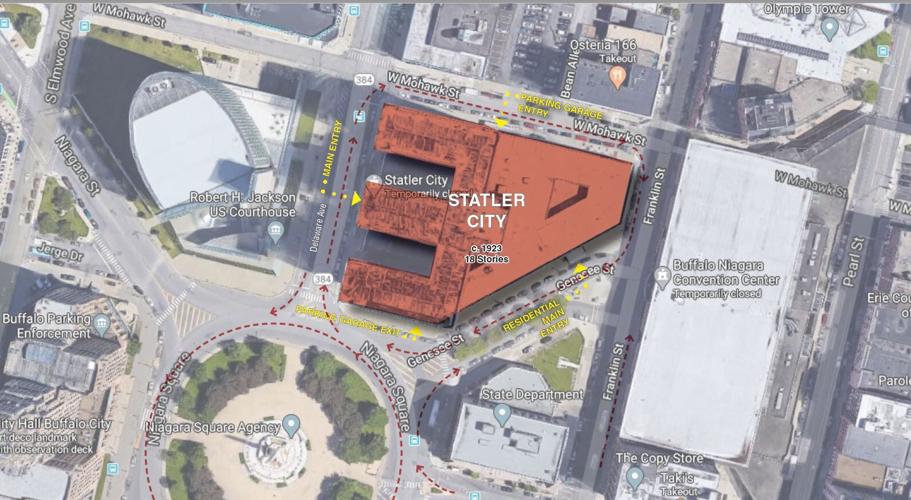 The planned traffic pattern for the restored Statler, after Douglas Jemal finishes his $100 million to $150 million redevelopment project. 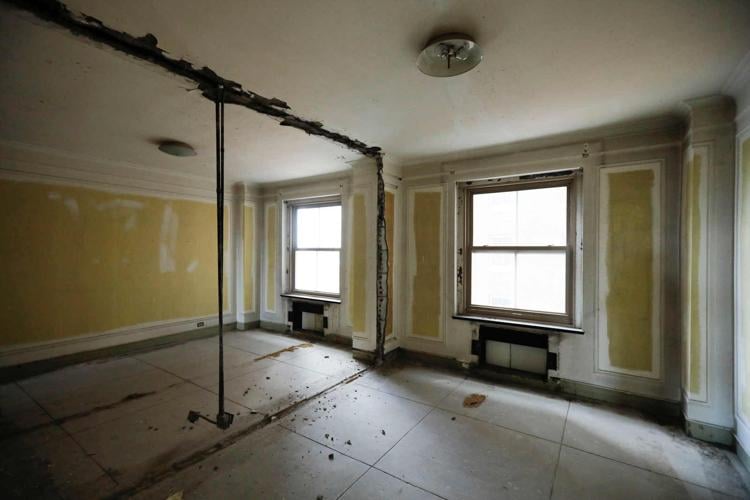 A wall was previously removed between two hotel rooms on the 10th floor of the Statler, where Douglas Development is now looking at bringing three floors of the mostly intact hotel rooms back to life as guest rooms, Friday, Sept. 24, 2021. 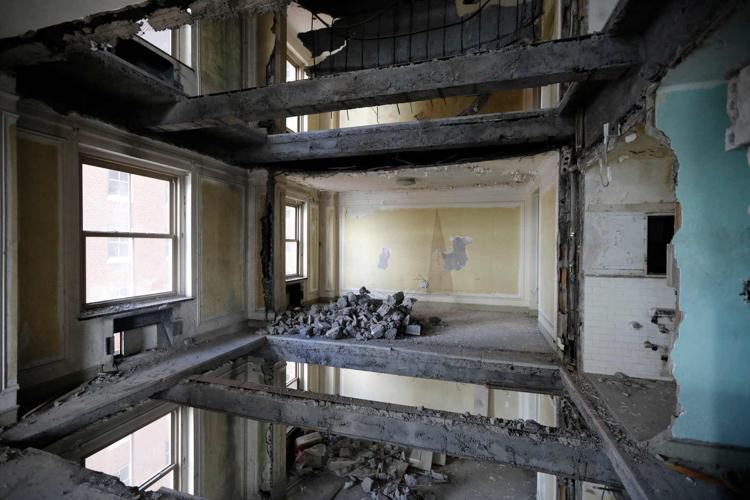 A section where a previous owner was going to build a stairwell to add an egress on the 10th floor of the Statler, where Douglas Development is now looking at bringing three floors of the mostly intact hotel rooms back to life as guest rooms, Friday, Sept. 24, 2021.