The fight over the future of the former Voelker's Bowling Center in North Buffalo boiled over this week, after its owner took down signs and brought in a demolition crew, sparking a harsh rebuke from the Common Council, which is considering landmarking the building.

In a rare move, the Council approved a resolution calling for the city's Department of Permit and Inspection Service to issue a cease-and-desist order to Krista Voelker, directing her to stop any actions that would affect the structure or exterior of the building – part of which dates back to the 1901 Pan-American Exposition.

City officials also spoke with Hannah Demolition Co. – the contractor that was on-site this week for preliminary work – and advised them to back off or potentially face the loss of their city license.

The resolution was sponsored by Council President Darius Pridgen and North District Councilmember Joseph Golombek, whose district includes the bowling alley at 680 Amherst St., and who has been leading efforts to negotiate a solution between Voelker and preservationists.

"I’m trying to get their attention to stop doing what they’re doing," Golombek said. "If there is an illegal demolition on the property, I would do all in my power to make sure whoever did it would never work in the City of Buffalo again. I just want them to do things according to the law."

The warnings are consistent with a new provision in the city code that bars building or demolition permits from being issued when a property is under review for possible designation as a local landmark. Such a temporary moratorium is supposed to last until the Council makes a final decision on the application. Only emergency work is allowed.

The new provision was adopted in January, after developer Nick Sinatra took down the historic Franks House at 184 West Utica St. in early 2020 as it was under landmark review.

The Preservation Board, with the support of the local preservationist community, had submitted a landmarking application for Voelker's earlier this year, and recommended its approval by the Council on July 8. The application was discussed in a public hearing by the Council's Legislation Committee on Sept. 14, but no final action has been taken, and the Council sent the matter back to the committee this week.

Golombek is working with Marc Romanowski, an attorney representing Voelker, to negotiate a solution, even proposing that only a small part of the building be landmarked.

"I’m just hoping we get a decent resolution," Golombek said. "I want to be fair, or as fair as possible."

But Voelker isn't having any of that. This week, she had workers take down the animated neon "Voelker's Bowling" sign from its perch on the facade of the building, at the corner of Elmwood Avenue. A portion of the "camelback" protective wall coping was also removed, and other wiring was disconnected.

Local residents and preservationists saw that, and also spotted the Hanna crew, prompting angry calls to Golombek and other city officials.

No permits had been issued for any of the work. Tim Tielman, executive director of the Campaign for Greater Buffalo, which wrote the landmark application for the Preservation Board, urged the city to order Voelker to return and reinstall the items.

In an interview, Voelker defended her action, saying the signs don't fully work and are in danger of falling off the building, potentially hurting someone at the nearby bus stop. She said she was trying to have the one sign repaired and restored, so it can be divided into two new signs – half to be hung at her Kenmore Lanes bowling alley and half in a barn at her home.

And she suggested the city should take on the liability if the signs stay up.

"The signs are barely hanging on. The last windstorm that we had, we’re just crossing fingers hoping the bowling sign doesn’t fall on someone," she said. "They're blowing in the wind."

Interior work – including asbestos abatement – is allowed under permits previously granted. But Tielman also cautioned that "rat abatement" signs – often a precursor to demolition permits – are posted at three other buildings owned by Voelker, at 666 and 668 Amherst and at 1534 Elmwood around the corner. Together, the bowling alley, two doubles and a mixed-use building comprise a 3.1-acre site.

Voelker's has been a fixture of the area for more than 80 years, with its two colorful, flashing neon signs perched atop the roof along both Amherst and Elmwood. But it suffered heavily from the pandemic-related business restrictions, and Krista Voelker shut it down early this year after running the family-owned business for 12 years.

She then applied for permission to tear down the bowling alley, restaurant and bar, along with three neighboring two-story residential buildings, with hopes of redeveloping the properties into something new.

However, no specific plans were unveiled, and Golombek said in April that he would oppose a grocery store, pharmacy or similar venture that doesn't add to the neighborhood or that would need many variances from the Green Code. That's when the preservation community stepped in.

The Pan-American Exposition: Then and Now

118 years ago, on Sept. 6, 1901, anarchist Leon Czolgosz mortally wounded President William McKinley during McKinley’s visit to the Pan-American Exposition in Buffalo. Take a journey back through the structures that were built for the exposition and what is there

Built in 1892, the well-known bowling alley, restaurant and bar was originally a hotel and tavern operated by Krista Voelker's great-grandfather, Karl. The Hotel Elmwood – later Voelker's Hotel by 1901, as noted and documented by Preservation Board staff – was located across from what would be a gateway to the Pan-American Exposition less than a decade later. It was expanded into a bowling alley by 1941.

That history justifies landmarking the building, Tielman and the Preservation Board argued. The two wood-framed buildings on Amherst date to 1910 and 1900, respectively, while the Elmwood house dates to 1935.

But Voelker said the buildings are in poor shape and nothing historic remains. She said the hotel rooms have been gone for over 50 years.

"You can landmark it all day long, but what’s the outcome?" she said. "The building sits there until it falls down. That, to me, is just a waste."

After struggle to find large Medina sandstone, Trinity Episcopal Church will use concrete

If at first you don't succeed ... try concrete.

The Editorial Board: The shuttered and decaying Voelker’s Bowling Center doesn’t need preserving

The argument for keeping the building is weak, in part because it prevents owner Krista Voelker from implementing her plans.

Voelker's Lanes up for local landmarking – over owner's opposition

"I get the front door is still 120 years old, but I don’t get why they want to save this building that’s falling down," Krista Voelker said. "We’re just basically in disagreement with what it is." 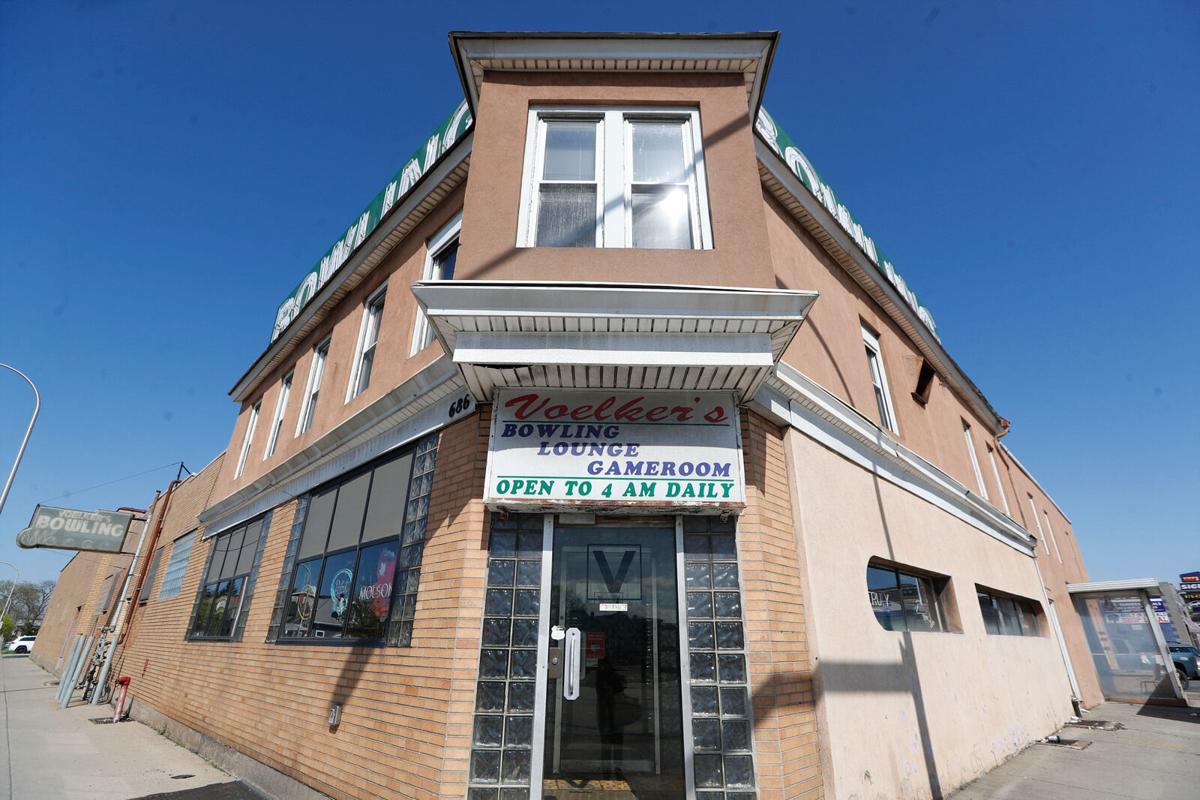 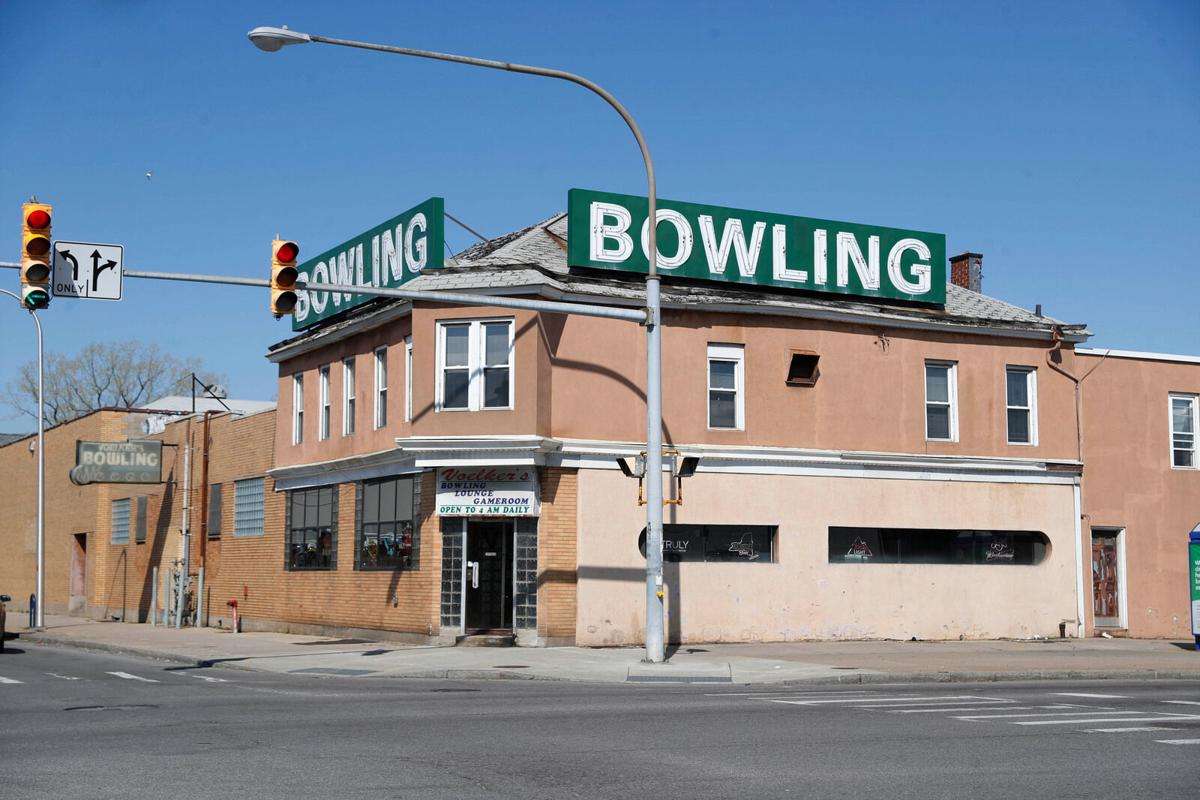 Voelker's Bowling Center, at 686 Amherst St., is at the center of a dispute between preservationists who want to prevent the owner from demolishing the unused and deteriorating structure. 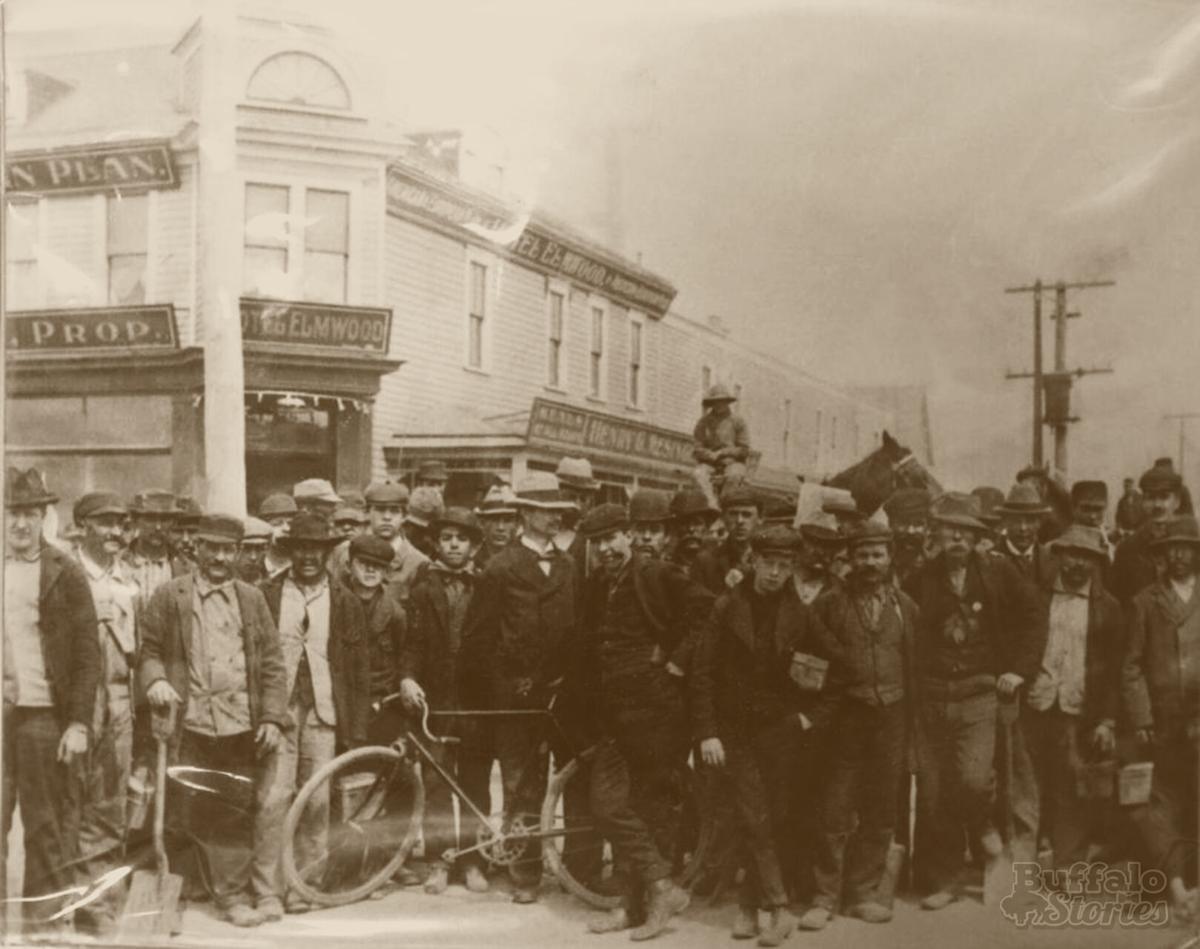 Since this photo was taken in about 1900, the Elmwood Hotel has been renovated, expanded, brick-enclosed, and refashioned into Voelker's at Elmwood and Amherst. 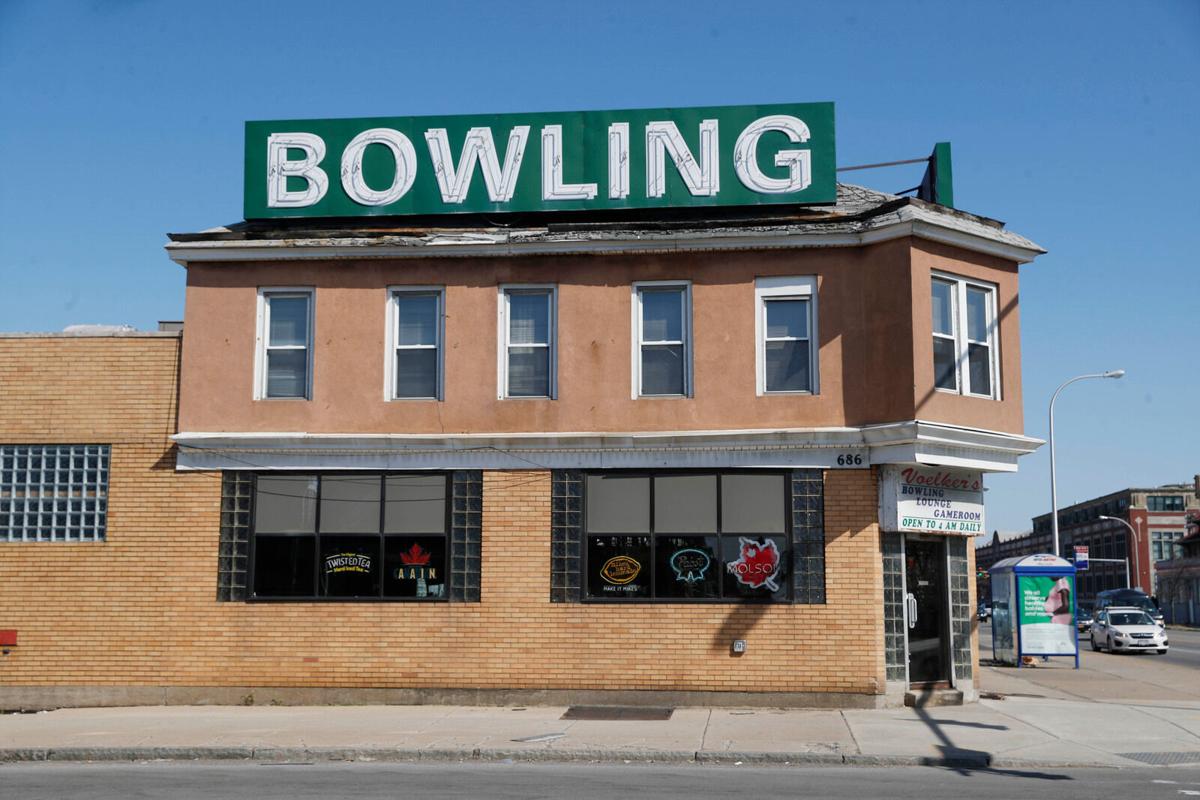