Plans for a new amphitheater and events center at the Outer Harbor took a step forward Monday night, as the city Planning Board backed the proposal.

The Erie Canal Harbor Development Corp. wants to convert the long-vacant Terminal B building at Buffalo's Outer Harbor into a new outdoor events center, along with new pedestrian and bicycle paths and open space alongside it, on nine acres of land.

That is the latest element of the state agency's multi-year effort to transform hundreds of acres of waterfront land and open it up to the public.

Officials have been working to develop ideas for the Outer Harbor since the summer of 2018, and ECHDC already completed an environmental review document for its entire Outer Harbor project plan, followed by adoption of a general project plan in November 2020 and again in February 2021. But this $10 million-plus adaptive-reuse project is the first phase of development submitted for city review under that document, after creation of a nearby bicycle park closer to the road in 2019.

"This is the continuation of our renovation and restoration of the Outer Harbor," said Mark Wendel, senior director of design for ECHDC. "It’s the next phase and extension of what we’ve developed."

Under the agency's plan, the vacant 100,000-square-foot industrial building on the northern end of 901 Fuhrmann Blvd. – formerly a Tops Markets warehouse – would be revamped, with its metal shell and roof removed. That would be replaced with construction of a small open-air canopy and metal truss, and creation of a main stage area underneath, with the lake behind it. A turf lawn and meadow amphitheater would provide additional gathering or seating areas.

Once completed, the multi-use facility would host periodic public events, such as outdoor concerts and charity activities, with a maximum capacity of up to 8,000 people, according to a special-use permit application to the city. Plans also include a storage room and general purpose room.

Next up for Outer Harbor: more trails, new festival spot, a lot of butterflies

Extension of Greenway Nature Trail, a butterfly meadow, mountain bike course, soil remediation for a Great Lawn festival/concert space are among plans intended to attract a wide array of

But the project would also open up both vistas and physical access to the waterfront and conserve naturalized areas, without increased demand on services, utilities or infrastructure, the application from ECHDC noted.

According to the application, raised embankments would provide scenic overlooks with views of the harbor, breakwall and Lake Erie – including through the partially-demolished warehouse frame. People will be able to walk up onto the deck for a closer look at the water.

Plans also include new asphalt paths through the site, as well as a new "Great Lawn" area, a habitat restoration area and interpretive signage. The Greenway Nature Trail along the water will also be extended, and new trees and shrubs will be planted.

"This is a natural extension of the bicycle park, which has been a great success," said Planning Board Vice Chair Cynthia Schwartz. "It’s a lot of fun watching activity down there. It extends family-friendly activities further down the waterfront. I think it’s a great project."

The town's Zoning Board of Appeals rejected a variance that would have allowed Benderson to maintain existing front-yard parking for a new medical office project.

Another Voice: Amphitheater would be a misuse of Outer Harbor

Buffalo has never fully appreciated its gift of being located on a body of water through which 20% of the world’s fresh water flows, adjacent…

Over the last year, many people have discovered the beauty of Buffalo’s Outer Harbor. As the pandemic made healthy recreation harder to find, …

Letter: Say, ‘no’ to amphitheater stage at the Outer Harbor

I am a proud, lifelong resident of the City of Buffalo. I applaud our continued development of the Outer Harbor with an emphasis on habitat re…

The Erie Canal Harbor Development Corporation has released a draft plan for Buffalo’s Outer Harbor. In many ways, the plan treats the Outer Ha…

The Editorial Board: Good plans at the Outer Harbor (but keep the concerts at Canalside)

Canalside offers easy access via public transportation – by train or bus – for the concerts. 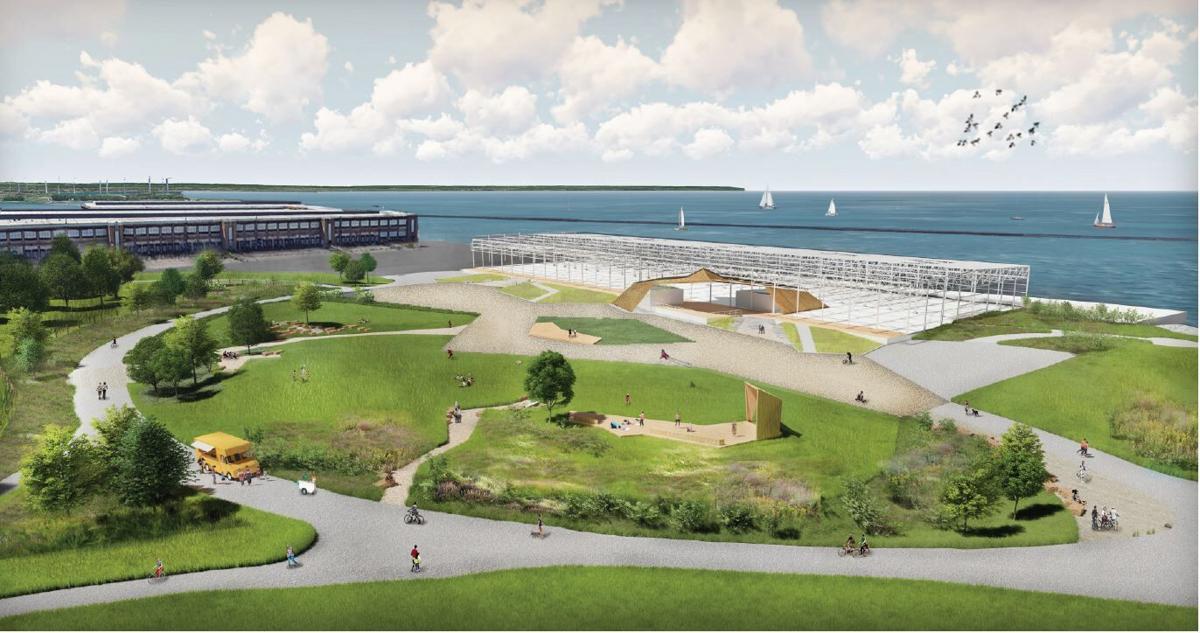 A rendering of the proposed amphitheater at the Outer Harbor, part of the Erie Canal Harbor Development Corp.'s plans. 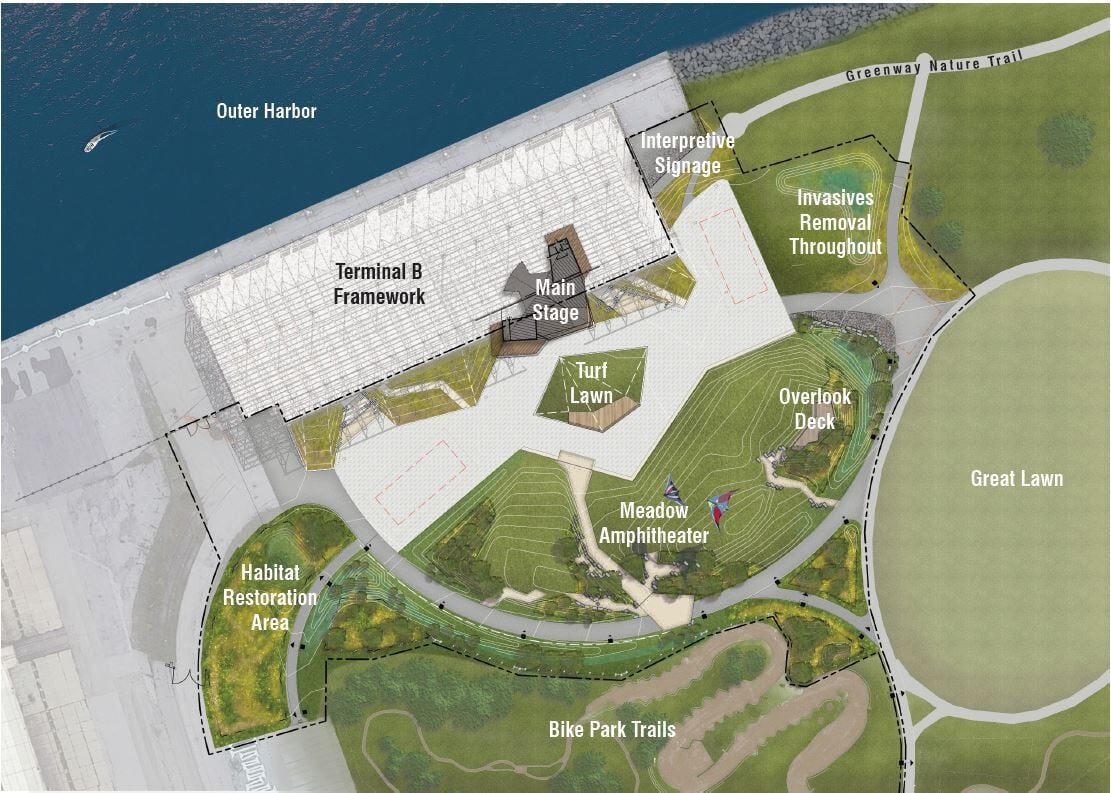 A layout of the proposed amphitheater at the Outer Harbor, part of the Erie Canal Harbor Development Corp.'s plans.