Karen Utz is still settling into her new job as the Western New York regional director for Empire State Development Corp., but it's already shaping up to be busy.

But if they do, they'll likely involve the state agency awarding Excelsior Jobs and other tax credits, grants or other funding as incentives to land an as-yet undetermined number of jobs.

"We're hoping we'll have an increase in the number of opportunities to provide incentives," Utz told the Western New York chapter of the New York State Commercial Association of Realtors last week.

Utz, who joined the agency six months ago after working in economic development for the University at Buffalo, wouldn't divulge any of the companies or other specifics.

"We can’t talk about them until we see if they result in an award and then they become public," she said. "We have some very good ones in the pipeline. We have a lot going on. Of those 18, we hope most of them will result in approved awards."

"They're across the industries and across the counties," with some being expansions while others representing companies new to Western New York, Utz said.

She and her office are operating off a successful track record. Last year, ESD provided $6.5 million in Excelsior Jobs refundable tax credits for eight projects in Erie and Niagara counties, totaling $142.3 million in investment and generating 182 jobs.

Recipients included Buffalo Wire Works, Worksport Ltd., Linde, Top Seedz, Perry’s Ice Cream, Americarb, Novair and PM Plastics. But that doesn't include projects like Edwards Vacuum that were so big they were handled by a separate agency team, the Strategic Business Division.

There's also the $14 million in capital grants to 10 projects in four counties provided by the Regional Economic Development Council through the annual Consolidated Funding Application process. Those awards, ranging from $195,430 to five grants of at least $2 million each, supported $236 million in total project costs in Round 11.

And there was $10.5 million in Restore-NY Communities Initiative awards to support $105.2 million in investments for 10 anti-blight projects stretching from Westfield and Olean to Lockport and Niagara Falls. The deadline for Round 7 applications is Jan. 27.

Plus, five projects each in North Tonawanda and East Buffalo shared Downtown Revitalization Initiative grants of $4.1 million and $4.8 million, respectively, to support $12 million and $21.5 million in investments.

And, she told the Realtors group, 97% of the private-sector investment in the region over the last eight years has occurred within one mile of ESD projects and investments.

"The private sector is certainly stepping up to capitalize on our efforts," she concluded.

The owners of the Elmwood Village Inn have decided to sell the bed-and-breakfast at 893 Elmwood Ave., at the corner of St. James Place.

The four-bedroom house – whose address is listed as 203 St. James – has been operated as an inn since 2011, and has been owned by Undine "Dina" Bistany and run by her son, Michael Hollatz-Guastella, since 2018. Bistany decided to sell because she is getting older.

"There is a lot to running a B&B," said John "Jack" Quigley, the Hunt Real Estate Corp. agent who is marketing the property for sale at $950,000.

He said the fully furnished inn closed during the pandemic, but has since been rented on a month-to-month basis for the past year. The 2,599-square-foot, three-story house with four bedrooms, four bathrooms, a porch and a full basement was built in 1875.

HAIL TO THE CHIEF

The Buffalo Niagara Association of Realtors on Friday night inaugurated its newest president for the next year – its first Black female leader in its 119-year history.

To a standing ovation from a crowd of over 300, Rosalind Burgin – one of the broker-owners of Mootry Murphy Burgin Realty Group – took the helm of the member-based organization, which is one of the largest Realtor groups in the country.

Burgin, who became a Realtor 15 years ago, spent the first 34 years of her career in various roles at National Grid and its predecessor, Niagara Mohawk. She and her partners, Mia Mootry and Tamika Collins Murphy, started their women- and minority-owned real estate brokerage in 2020, during the height of the Covid-19 pandemic.

She was installed in her BNAR role by Buffalo Mayor Byron W. Brown – the first Black mayor of the city.

"My race, my color, won't define my term," she said. "That is the most important thing about me being the first, that I won’t be the last."

TopSeedz and Linita Design are each in line for $750,000 in low-interest loans from an affiliate of the Erie County Industrial Development Agency.

If it wasn't bad enough that a suspicious fire caused extensive damage to the former Buffalo Grand Hotel more than a year ago, now water damage caused during the blizzard is making things worse.

Tops workers will start filling Instacart orders placed at their 58 stores that accept them beginning in April.

Evergreen Health is planning to expand in East Buffalo.

The Village of Lancaster is getting $4.5 million in state funds for downtown revitalization efforts.

The details are starting to come out about a new Buffalo Bills stadium deal.

Two Regal Cinemas in the Buffalo Niagara region are closing as its owner restructures in bankruptcy.

Neighbors are pushing back against plans to develop the former Squire Shop site on Main Street in Snyder.

A WNY homebuilder has donated $300,000 to Roswell Park and Millard Fillmore.

1. Niagara University grows food marketing program with 'who’s who' of industry leaders: Western New York has some 1,200 companies involved in food manufacturing, distribution, retailing and/or warehousing, putting it in the top five markets for the industry nationally, according to Niagara’s Food Marketing Center of Excellence.

2. Why Buffalo Niagara's labor shortage is still the biggest factor behind sluggish hiring: The Labor Department reported the region added 1,800 jobs during December – a tepid increase that, if it continued, would mean it will be another 14 months before the region regains all its lost jobs.

4. Damar Hamlin's Chasing M's Foundation isn't so little anymore. With donations flowing in since the Buffalo Bills safety suffered cardiac arrest during a Jan. 2 game, the foundation now needs to make fundamental changes to manage and distribute its assets and to ensure the proper oversight, experts said.

5. For looted stores, a costly recovery: Stores looted during the December blizzard have been scrambling to reopen. But the process is involved and insurance doesn't always cover the costs.

The Buffalo Next team gives you the big picture on the region's economic revitalization. Buying a building? Redeveloping a property? Got a tip? Reach Real Estate & Development reporter Jonathan D. Epstein at 716-849-4478 or email him at jepstein@buffnews.com.

See who is buying and selling properties in Erie County,

Fans return to Sabres games as team improves, but there still are plenty of empty seats

Steven Bedford, owner of Bedford's Greenhouse in Akron and two other businesses, has acquired the Tonawanda property that holds the popular Ad… 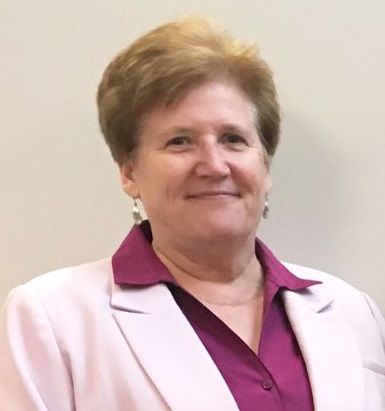 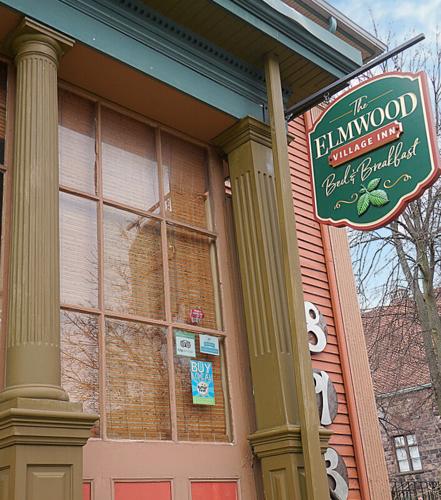 The Elmwood Village Inn is for sale. 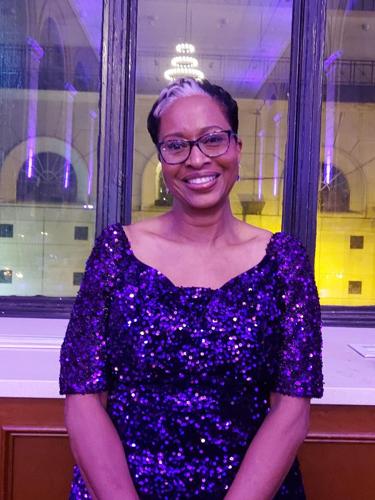 Rosalind Burgin, the first African American woman to be president of the Buffalo Niagara Association of Realtors, was inaugurated to her one-year term on Friday, Jan. 20, 2023, at the Admirals Room banquet facility in downtown Buffalo.