No time to dawdle: Supply issues may leave bare shelves for the holidays
0 comments
Share this 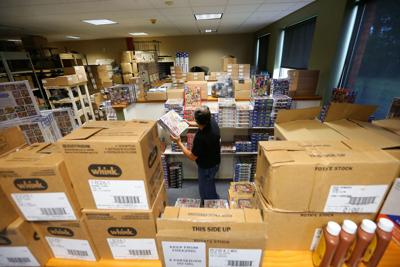 If you haven't started your Christmas shopping, you'd better get going.

That's the advice from retail experts who warn supply chain backups could leave many shelves empty leading up to the holiday season this year – especially when it comes to toys and electronics.

It began when overseas factories were shut down due to Covid-19, leaving the manufacturing and shipping of raw materials, components and finished products at a standstill.

That imbalance in supply and demand was a recipe for disaster that continues to drag out at clogged California ports, where dozens of cargo ships wait to be unloaded and have their contents trucked away to warehouses and stores.

The snarled supply chain, along with short staffing, higher prices and other issues in retail, are combining to make for a difficult holiday shopping season this year. The National Retail Federation has warned consumers to be prepared for higher prices and empty shelves.

Rising costs across the board, including gasoline, are affecting everything from shipping to labor. That means there will be fewer bargains and sales that might normally ease the pressure.

President Biden last month announced new measures to alleviate shipping bottlenecks, signing a deal that will keep the Port of Los Angeles open around the clock seven days a week. Dozens of container ships have been idling outside the port, waiting to dock.

One cargo ship can hold 24,000 20-foot containers – equivalent to a freight train with cars extending 44 miles long. With dozens of ships inaccessible, millions of tons of goods are stranded and delayed. Now consider the fact that 40% of all shipping containers pass through the ports in Los Angeles and Long Beach, Calif.

With that many retail orders backlogged, empty shelves and higher prices are a sure thing. Consumer prices are up 5.4% over last year, according to the Bureau of Labor Statistics.

But even when ships gain access to the ports, companies face the continued challenge of finding workers to unload them and drive them to stores. And the trucking industry has had an employment crisis for years – long before the pandemic began, said Brian Kimmins, CEO of Buffalo Transit Co. in North Buffalo.

"This driver shortage is not a new phenomenon," he said. "There's been a chronic shortage for as long as I can remember – going back 10 to 15 years."

And it is about to get worse.

The current pool of baby boomer truckers is nearing retirement age, and there is no sign that younger workers are ready to step into the void. Tractor trailer drivers are required to hold an advanced commercial driver's license, which can take as long as 24 weeks to earn.

Younger workers that might have filled open positions in the past have been steered away from the industry and into college over the years, drying up a pipeline of potential help from the next generation. Initiatives such as the Northland Workforce Development Center have been working to train and certify skilled workers as quickly as possible. Still, there is a severe shortage of trade workers.

Across industries, companies are poaching workers from their competitors. That makes it harder for smaller companies – which don't have the resources to offer big signing bonuses and better wages – to compete.

That's why Kimmins, who has an aging workforce but little turnover, said it's so important for companies to treat workers well.

He consistently hires, even when he's not short on workers, in a long-term strategy to keep a solid workforce going ahead.

"I don't think it's ever gonna let up," Kimmins said. "I think it's going to be very, very challenging."

Made in the USA

Mark Andol understands supply chain woes from two perspectives as owner of both General Welding and Fabricating, and the Made in America Store. But the shortages and supply chain snarls that are affecting the welding company are greatly mitigated at the retail store because every product on its shelves is made domestically and by American companies.

From toys and socks to grills and clothing, nothing in the store comes from outside the borders of the United States. That means he doesn't have to depend on overseas manufacturers, transglobal shipping or tariffs, and he's not affected by the major clogs at American cargo ports.

"We really shouldn't need all these ships and containers," he said.

Andol opened the store in 2010 after losing a major customer contract to a factory in China and having to close two of his four factories. He wanted to preserve local jobs and strengthen domestic manufacturing – and it has given him a leg up in the pandemic. The company's online sales rose 1,400% during the pandemic, he said.

Retailers have warned consumers that there will be empty shelves and limited supply this holiday season, and people are taking heed.

A tour group visited the store Thursday and shoppers said they wanted to get as much Christmas shopping done as they could before things run out. In just one hour, the 52 people had spent $4,600, Andol said.

"Usually we've got to wait for Black Friday to Christmas, or really the 12 days before Christmas," he said. "But they are shopping now for Christmas like you've never seen."

That doesn't mean the store doesn't have to deal with the labor shortage, trucking delays and rising prices. But it has kept shelves full and helped other homegrown companies grow.

"It's like a restart for the country. It's forcing people to rebuild the supply chain it took 40 years to destroy," he said.

The U.S. Small Business Administration has set up separate hubs to deal solely with supply chain and labor difficulties. In the long term, it is important to help domestic suppliers better compete by helping them access the credit, investment, customers and advisory services necessary to scale up.

In the near term, customers should brace for a more trying shopping experience this year, said Charles Lindsey, a marketing professor at the University at Buffalo's School of Management.

"This holiday season, more than any other in the past, I'd emphasize the benefits of both online shopping and being an early bird," he said.

Discount Diva: 5 things that make me grateful this Thanksgiving

"Counting blessings is the only way to keep your head above water some days," writes Samantha Christmann.

Is 24-hour shopping a thing of the past?

On Thanksgiving, family gatherings may be back. Heading to the store isn't

Online Christmas shopping has become as big a part of Thanksgiving tradition as mashed potatoes and gravy.

Samantha Christmann shares the most important hacks she'll use this year while holiday shopping.

Discount Diva: Three ways to get ahead of Christmas

If you can take care of just a few of these things now, you won't be going out of your mind (or blowing out your wallet) in December, Samantha Christmann says.

Discount Diva: If you haven't started Christmas shopping yet, the clock has begun ticking

"I know you don't want to hear this and, trust me, I don't want to say it: there are 89 shopping days until Christmas," writes the Discount Diva. 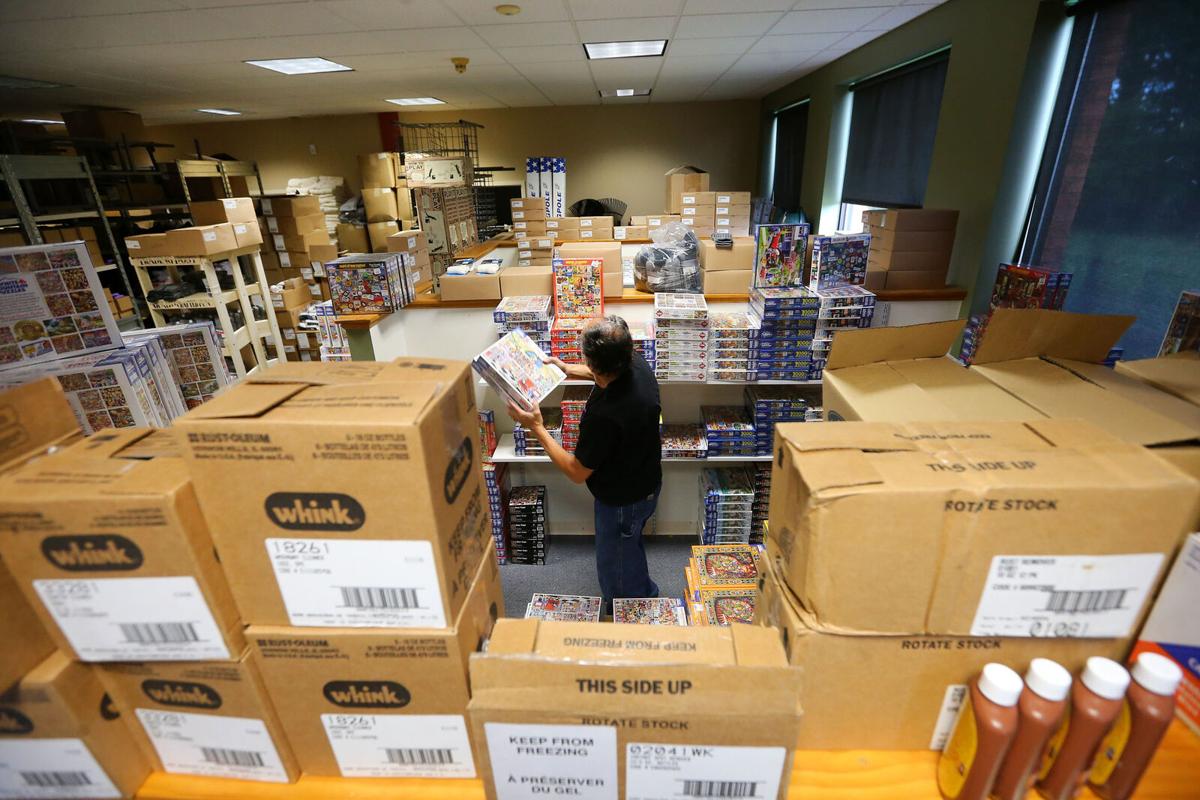 John Omlor unpacks boxes of puzzles in the warehouse at the Made in America store in Elma Monday, Oct. 18, 2021. 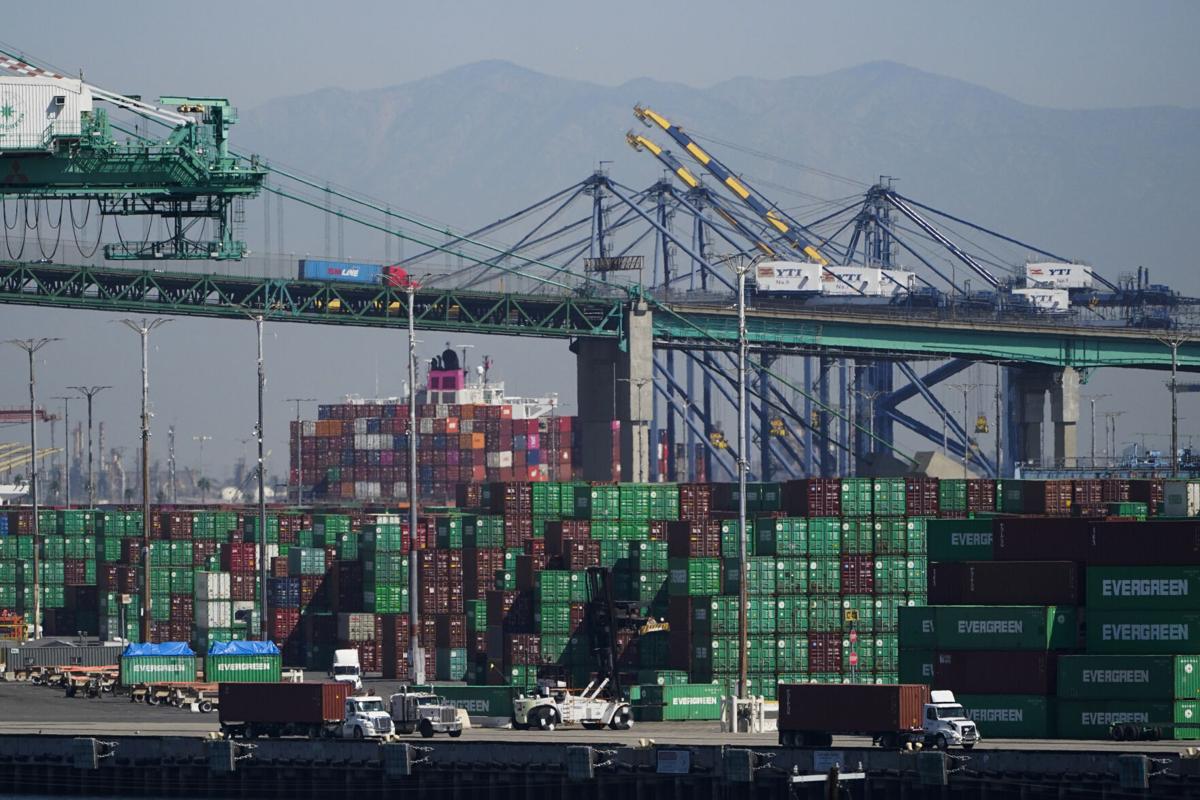 Containers are stacked at the Port of Los Angeles in Los Angeles, Friday, Oct. 1, 2021. With three months until Christmas, toy companies are racing to get their toys onto store shelves as they face a severe supply network crunch. Toymakers are feverishly trying to find containers to ship their goods while searching for new alternative routes and ports. 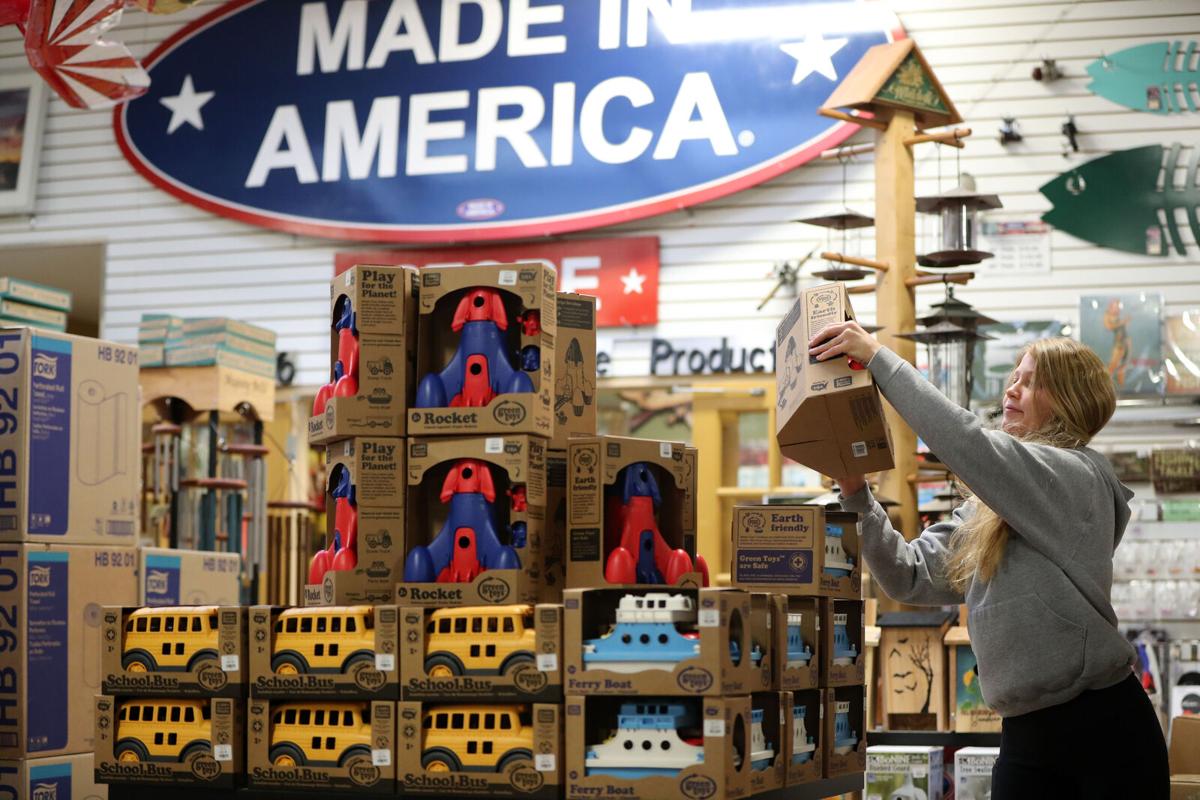 Martina Baddick builds a display with toys at the Made in America store in Elma Monday, Oct. 18, 2021.