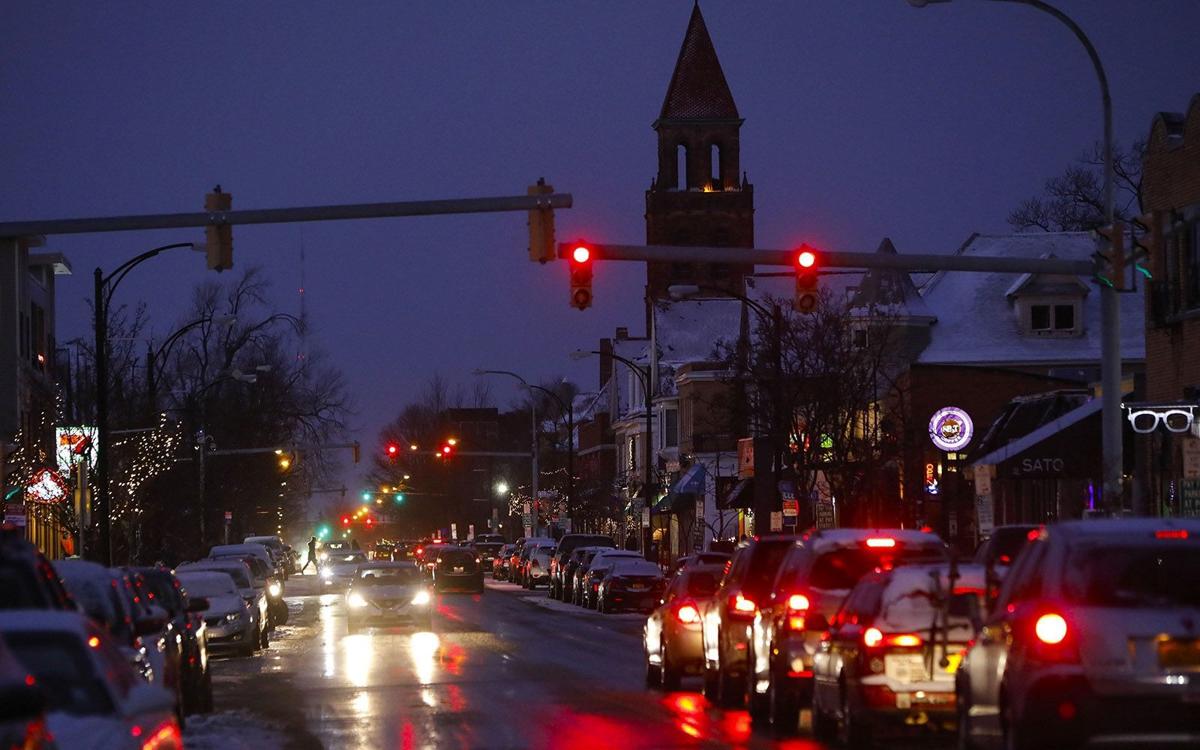 Traffic lights and cars paint the Elmwood Strip red as night falls. But digital information boards and other innovations could be added to the mix as Buffalo explores the intersection of technology and transportation. (Derek Gee/Buffalo News) 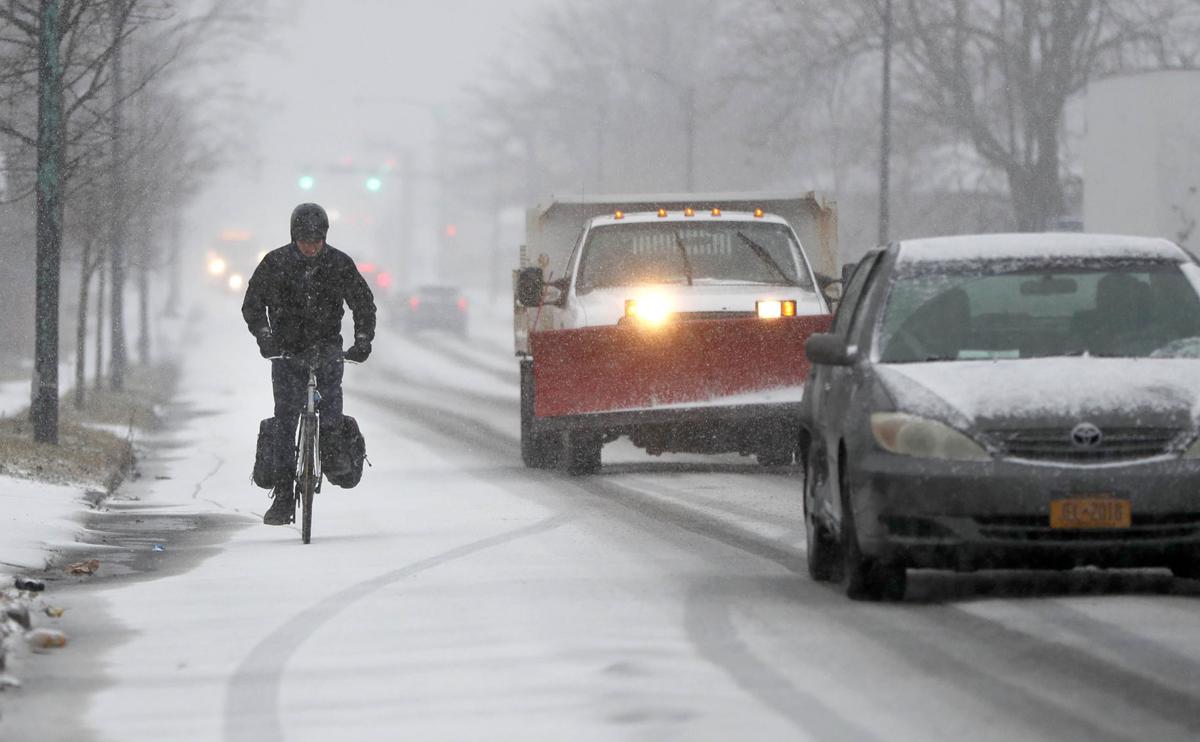 Transportation and parking aren't exactly the sexiest of topics – unless you include the impact of new technology to make them both work better.

And that means a lot more than just the oft-discussed arrival of autonomous vehicles.

Buffalo will be the focus of attention in late February, when the Congress for New Urbanism flies in a group of national experts for a five-day forum looking at how new technology can transform transportation in a city.

Over the course of the program from Feb. 25-29, the team will hear from local leaders, policymakers and transportation gurus about what's already happening locally at the intersection of technology and transportation, and examine opportunities based on what's happening elsewhere, said Brendan Mehaffy, executive director of the city's Office of Strategic Planning.

"We’re not just talking about the future. We’re talking about the now of transportation, and how we incorporate that into neighborhoods throughout the City of Buffalo, including downtown," Mehaffy told the Buffalo Place board of directors last week.

The public also will be invited to both share input and learn from the experts, and the CNU panel also will conduct intensive interviews with select people, before producing a final report with findings and recommendations on what's changing and how to better benefit from the use of technology. "It’s to stoke the conversation and fill a knowledge gap," Mehaffy added.

Transportation and technology are becoming particularly important as many younger workers hired by companies like M&T Bank Corp. don't have cars or even a driver's license, said Keith Belanger, a senior vice president at the Buffalo-based bank. "They're leveraging Uber and biking and living downtown," he said. "That's part of the equation that has to be accounted for."

Moreover, focus groups show that many of them don't even want to have a car, Mehaffy said, so "Buffalo has to be able to facilitate that through its transportation network and where it provides housing."

"There’s lots of development happening in Buffalo now, but it’s scattershot," agreed developer Paul Ciminelli, CEO of Ciminelli Real Estate Corp. "If you look at Larkinville, there’s a gap between Larkinville and the central business district. It’s too big a walk."

So besides autonomous vehicles, Mehaffy said, the report could address the use of electric vehicles, micro-mobility scooters and ride-sharing, but also how to design curbs for the 21st century if there's more drop-off and pick-up activity. There's also the increased use of smartphone apps and digital displays, as well as the easy accessibility of high-speed Internet access anywhere.

"As M&T and others invest tremendous sums on their workforce in Buffalo, that workforce can't walk out in the public realm and not find a hotspot or 5G," Mehaffy said. "They can't walk up the street and not find a digital board that not only informs you where the restaurants are and entertainment venues are, but tells you what's happening that night."

The city's chief economic development officer said Buffalo specifically challenged CNU and Stantec – an international engineering and planning firm that is working with the national group – to consider the impact of weather on any technology use.

"It's very intentional that it’s happening in February, though this winter may not be indicative of what this city can produce," Mehaffy said, noting that curb sensors to detect on-street parking "are unlikely to work in Buffalo" in the winter.

Buffalo officials plan for a future where cars drive themselves

Termini and his affiliated companies are accusing the New York City-based nonprofit lender, Community Preservation Corp., of violating its loan agreements and acting in bad faith toward him.

Traffic lights and cars paint the Elmwood Strip red as night falls. But digital information boards and other innovations could be added to the mix as Buffalo explores the intersection of technology and transportation. (Derek Gee/Buffalo News)