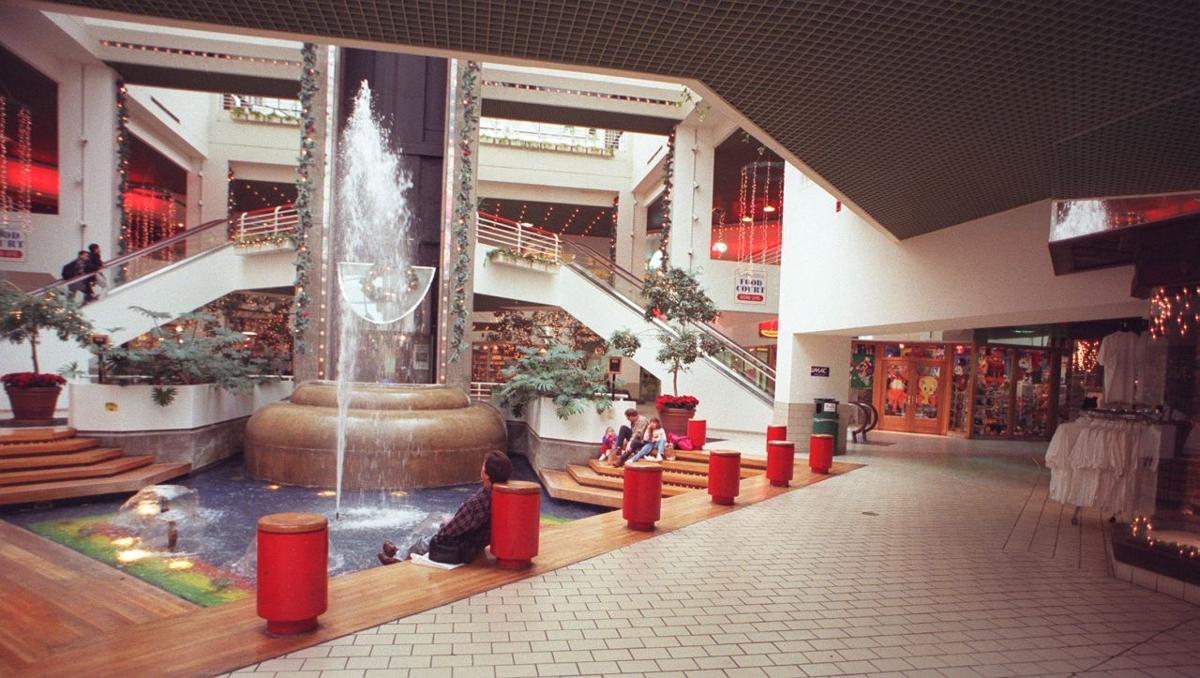 The Rainbow mall in 1999, well past its prime. (Sharon Cantillon/News file photo) 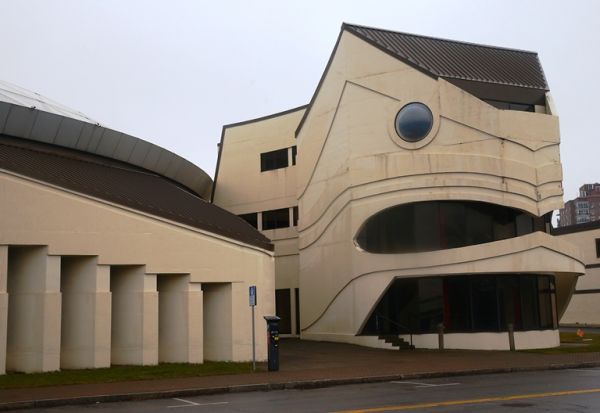 For you, the holiday shopping season might bring back memories of shopping AM&A's downtown. But for me, everything's coming up Rainbow.

There was nothing about the Rainbow Centre in Niagara Falls that wouldn't appeal to a 10-year-old girl in 1989. Even the name sounds like something Punky Brewster would come up with.

Summit Park Mall was my home mall, an Aqua Net-scented fantasy world unto itself. But the Rainbow mall (as I always called it and always will) was an exotic and rare treat. I loved to brag about it to friends at Gilmore School who had never made the 11-mile trek from North Tonawanda to the big city to sample its cosmopolitan atmosphere.

Later, my visits became more frequent. My sister, Loree, got a job at Shoe Secrets in the mall, and I got to go along when my mom drove her there and back.

Earlier this month, it was announced that a planned redevelopment of the mall into a water park and hotel called the Wonder Falls had fallen through. It's just as well – even a water park couldn't recapture the magic of the Rainbow mall in its heyday.

But then came plans to hugely expand the factory outlet mall on Military Road. People were worried Buffalo Niagara was "over malled," but some Niagara Falls officials were convinced otherwise.

"What this isn't going to do is simply reshuffle shoppers," said Niagara Falls Chamber of Commerce Vice President Fred Caso at the time. "This is going to bring in new business, particularly from Canada."

Welp, with both the factory outlet and Walden Galleria on the scene, Rainbow Centre went under and so did my beloved Summit.

Nostalgia aside, Fashion Outlets and Walden Galleria have more to offer consumers. Both have also weathered rough economic years better than Rainbow would have and bring in robust tax revenues for their communities. But when Rainbow Centre died, it took my childhood with it.

So gather round, kids. Let's reminisce about the good times.

The glass elevator. The Rainbow Centre had two stories, which made it very fancy. Even fancier was the glass elevator that carried you between them. Elevators are exciting on their own when you're a kid. But a glass elevator? I got to hip check my sister out of the way as hard as I could and beat her to the buttons (remember wanting to be the one to press the elevator button?) and she couldn't even punch me afterward because the glass walls meant everyone could see us and someone would catch her doing it.

The escalators. The glass elevator was rivaled only by the mall's two escalators. Escalators terrify me now (just Google "escalator accident") but back then a ride on the escalator might as well have been Space Mountain. My little brother and I would go up, down, up, down, up, down until someone yelled at us to stop. If no one was around, we would sing "Rebel Yell" by Billy Idol and re-enact the mall chase scene from my favorite movie, "The Legend of Billie Jean."

The Wintergarden. A tropical paradise in 10-degree weather! My friend, Amber, and I used to stroll through and pretend we were in Hawaii. Teenagers from North Tonawanda's high school used to stop at the Wintergarden before the Winter Dance to take couples photos in their poofy, iridescent gowns.

Deb Shop. This juniors clothing store eventually opened a location in the Summit, which took away the air of rarefied mystery it lent me up until then, but I was the queen of the roller rink in anything I managed to score here. Deb Shop is where I got one of those Esleep pajama shorts sets that we all inexplicably used to wear in public. (Fun fact: Bruno Mars tried to bring those outfits back on his '90s R&B-soaked 24K Magic World Tour last year and was selling them alongside other Bruno-branded merch. I declined to partake.)

Have a Heart. Everything in this store was covered in hearts, rainbows and Hello Kitty: stickers, shoelaces, little plastic purses. In other words, it was heaven.

The Turtle. Officially called the Native American Center for the Living Arts, this place was everything kids needed in their lives. Literally shaped like a giant turtle, it wasn't officially part of the Rainbow Centre, but the two are tied together in my heart and mind. Opened in 1981, it displayed Native American art and artifacts, and it hosted unforgettable music, art and powwow-type performances.

In a turn of events that rivaled anything scripted for a villain in a bad '80s movie, the center fell behind on rent, the city tried to squeeze it for a higher lease rate, and the IRS came in and seized its artifacts to settle $1 million in back taxes. After 14 years, it closed, making way for the thriving redevelopment and vibrant success you see in its place today. Just kidding: It has sat vacant and rotting for more than 20 years. Good job, guys!

he state Department of Environmental Conservation is seeking public comment on a proposal that Mensch submitted under the Brownfield Cleanup Program.

The Rainbow mall in 1999, well past its prime. (Sharon Cantillon/News file photo)