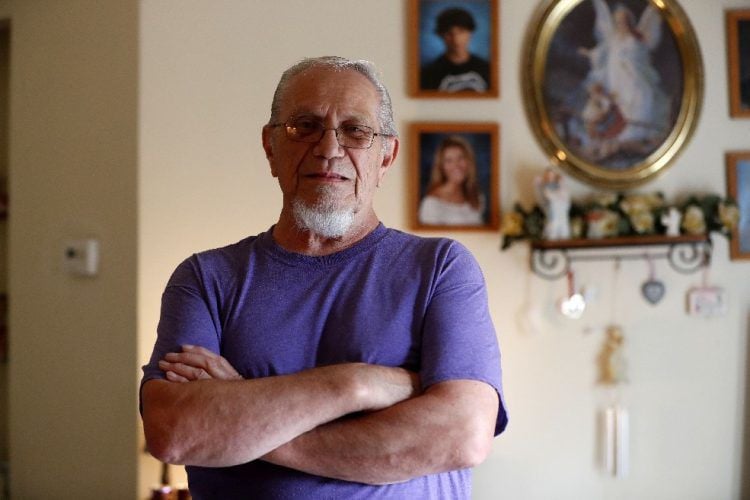 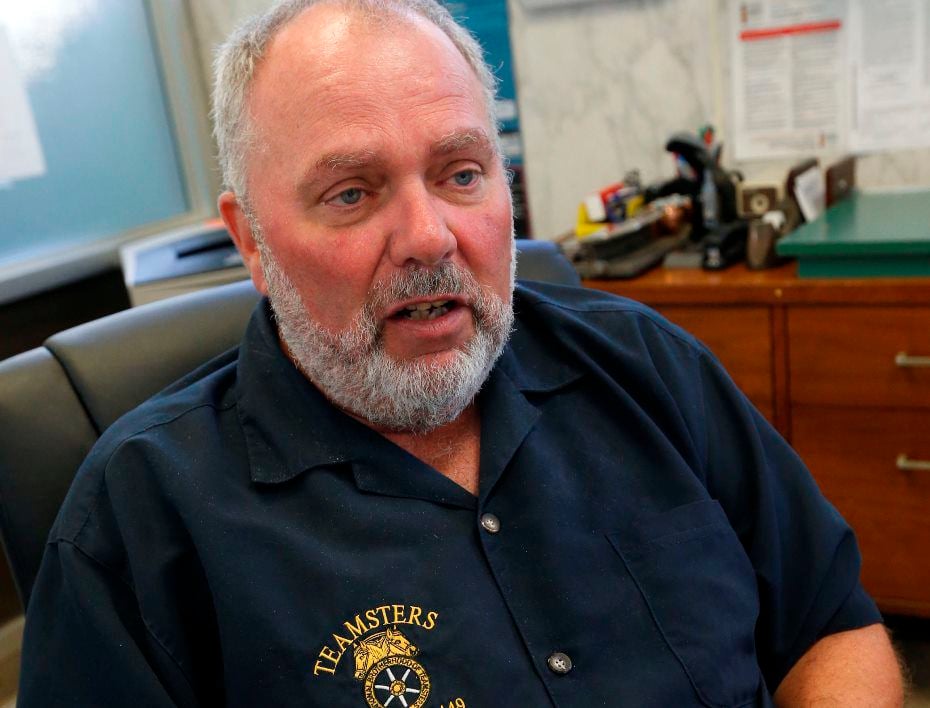 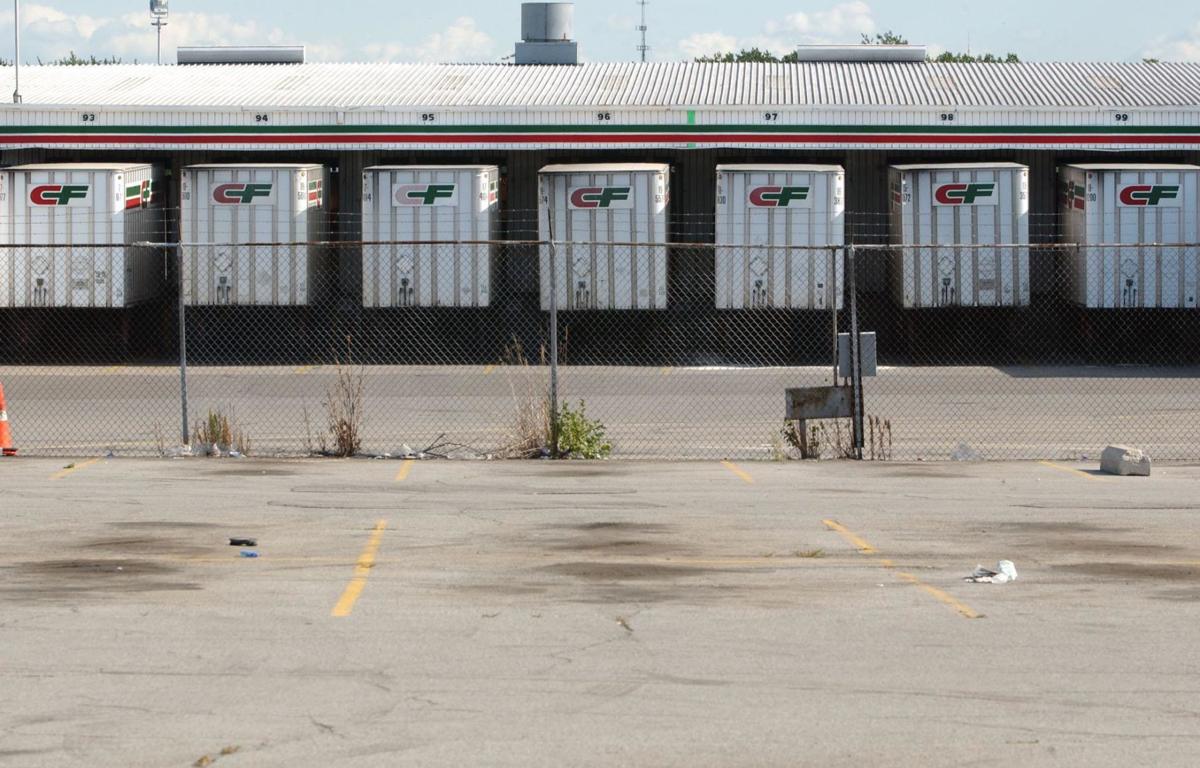 The closed Consolidated Freightways terminal in the City of Tonawanda in 2002. (Sharon Cantillon/Buffalo News) 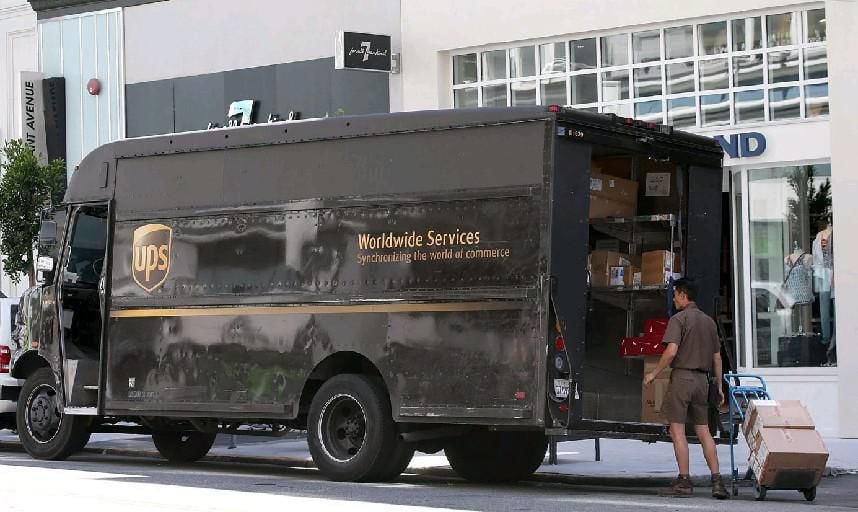 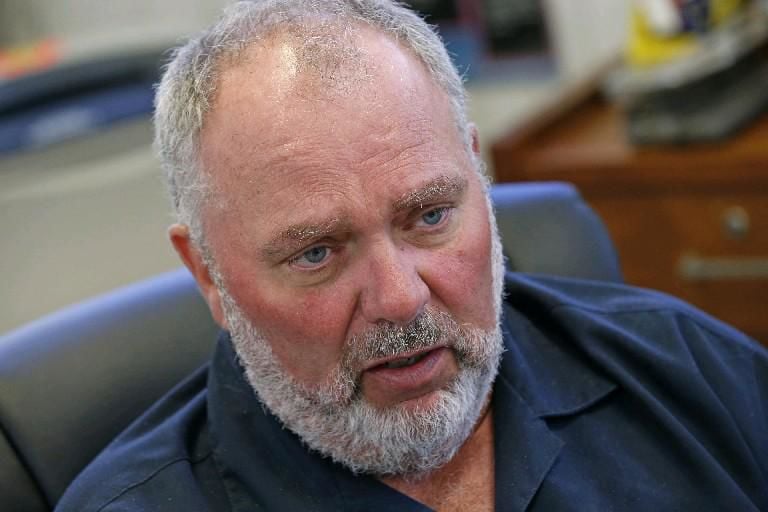 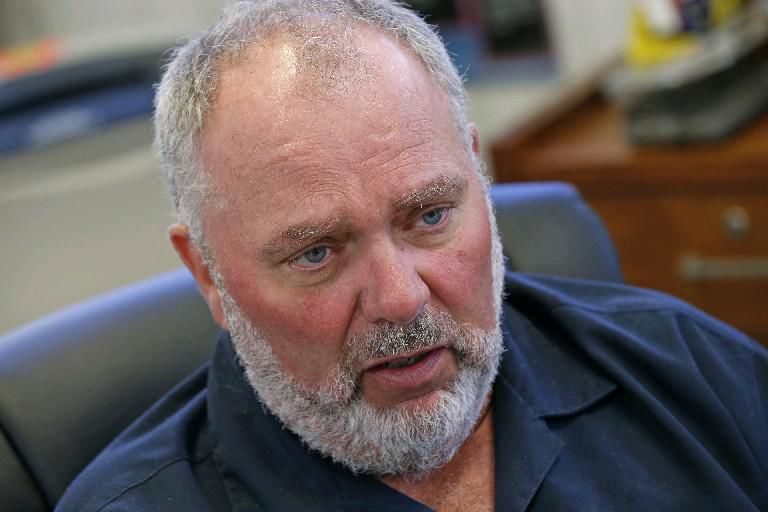 Frank Lipka spent 20 years in the trucking industry with Consolidated Freightways, working on the dock. He drove a forklift and loaded cartons by hand, before getting out at age 60.

"It kept me in good shape," said Lipka, who previously worked at Bethlehem Steel.

The retired Teamster has received a "great pension" of $3,200 a month, but he is bracing for a big change as the calendar turns to October. Effective Sunday, his pension will be slashed by nearly one third, due to benefits cuts imposed on active and retired Teamsters covered by the New York State Teamsters Conference Pension and Retirement Fund.

"It's a whole new life," said Lipka, 74, who lives with his wife in Orchard Park. "Everything's gonna change."

Lipka is among about 8,400 active and retired Teamsters in the Buffalo area, and roughly 35,000 across the state, covered by the pension plan. Retired workers' benefits, with some exceptions, will be cut 29 percent, while active workers' pension benefits will be cut by 18 percent.

Fund trustees warned that without the reductions, "our fund would almost certainly run out of money."

Before the cuts, it was estimated the fund could be exhausted within a decade.

"The harsh reality is that there is a national pension crisis, and our fund is not the only pension plan facing these problems," the trustees said.

The New York State Teamsters fund is a multiemployer pension plan, meaning multiple businesses pay into it. Across the country, as many as 114 of these types of pension plans, covering 1.3 million workers, are underfunded by $36.4 billion and expect to become insolvent within the next 20 years, according to Cheiron, an actuarial consulting firm. As Cheiron described the situation, the plans won't have enough money to pay participants the full benefits earned.

New York State Teamsters fund officials sought permission from the U.S. Treasury Department to make the cuts, and fund participants were asked to vote on them. Nearly 10,000 voted against imposing the cuts, compared to about 4,000 who voted in favor. But because roughly 21,000 voters didn't return their ballots, the final tally showed a majority of eligible voters didn't vote against the benefit reductions, allowing the cuts to go forward.

Even if a majority of eligible voters had opposed the reductions, the cuts could have been imposed anyway. The Treasury Department can take that step if it determines a fund would create at least a $1 billion liability for the Pension Benefit Guaranty Corp., which acts as a backstop for plans. At the end of last year, the New York State Teamsters fund had $1.25 billion in assets and $3.3 billion in liabilities.

The reality of the pension benefits cuts is about to arrive for retirees like Lipka and active workers like Bill Kellerman.

"We're just going to have to watch ourselves," he said.

He is disappointed the cuts will mean leaving less for their children and grandchildren.

Kellerman, 59, has worked at the trucking company YRC for nearly 28 years. His pension will drop to about $3,000 a month.

"It'll change whatever lifestyle we have going into retirement," the Orchard Park resident said. "My wife and I both work. We won't be totally destitute or anything like that. But it will be a lot different."

Kellerman credits his wife with investing their money wisely over the years, but he knows not everyone else is as well prepared.

"None of us are looking for pity or to get the full 100 percent, and we don't want anybody feeling sorry for us, because a lot of people don't even get what we're going to end up with," Kellerman said. "It's just that we earned it, it was part of our package and we all want a piece of it."

Kellerman said he would like the state Attorney General to investigate the decline in the pension fund, to ensure "everything was on the up and up, and people would feel a little bit better about it." He also wants to see national Teamsters leaders be more visible on the issue: "You have a platform to speak on all our behalves, to try to rectify it, not to make it 100 percent, but make it so it's stabilized."

How troubles hit the plan

Kellerman views $3,000 a month as still a good pension, but worries this won't be the last of the cuts, if the fund's financial picture worsens. He is concerned UPS, the largest contributing employer in the New York State Teamsters fund, might choose to pay a withdrawal fee and exit the fund when its national labor agreement expires next year.

Asked whether UPS might take that step, Steve Gaut, vice president of public relations, said: "UPS is involved with multiemployer pension plans under our collective bargaining agreements. We intend to meet our obligations under those agreements."

In 2007, UPS paid a $6.1 billion withdrawal penalty to exit the Teamsters Central States pension fund, which remains in dire financial condition. Central States' own proposal to cut benefits was rejected last year by the Treasury Department.

Michael Wach, 59, worked for Buffalo-area trucking companies and then as a Teamsters local leader, before retiring five years ago. He has closely tracked the pension issue.

"I didn't retire to quit working," the West Seneca resident said. "I just knew where this was going."

Wach said the problem is not unique to Teamsters, and that union leaders should speak up.

"These other unions, maybe they're thinking, 'This can't happen to us,' " he said.

The benefits cuts are controversial.

An International Brotherhood of Teamsters official, John F. Murphy, came out against the cuts in July. In a letter to the Treasury Department, Murphy asserted the proposed cuts wouldn't improve the likelihood of the fund remaining solvent. He contended the plan was in a "death cycle" and urged officials to reject the cuts.

"Congress will have to devise other viable solutions if plans like New York State Teamsters are to be saved," Murphy wrote.

Kenneth Stilwell, the pension fund's executive administrator, fired back in a letter to the Teamsters union's executive board, calling Murphy's comments "puzzling and extremely disappointing." While the union had "put forth significant resources to seek to undermine our application, it has put forward no meaningful solution otherwise," he wrote.

"No one is in favor of reducing benefits, but failure to act would mean a far worse fate for our participants," Stilwell wrote.

"When people make retirement plans, they base it on hard numbers," said Lipsitz, who is also a Teamster.

George Harrigan, president of Teamsters Local 449, said members are "extremely upset, and they should be."

"They just want to have a decent retirement where they can have some security in their old age," he said.

Harrigan said the pension fund's problems were exacerbated by big companies like Consolidated Freightways, which filed for bankruptcy and shut down in 2002.

Both Lipsitz and Harrigan call for a legislative solution to the multiemployer pension plans' problems. They say the plans' financial woes, if allowed to grow, could ripple through the economy.

"This requires federal intervention with a national solution," Lipsitz said.

Harrigan said Teamsters officials are pushing lawmakers to develop a solution that would either prevent the cuts or at least keep them to a minimum.

"We're not just sitting back and accepting this," Harrigan said. "Not at all."

The closed Consolidated Freightways terminal in the City of Tonawanda in 2002. (Sharon Cantillon/Buffalo News)