But instead of letting that set her back, Dolnick leaned on the support and encouragement of her mentors at Launch NY. They helped her take a step back to examine what her company's weaknesses were, a big one being manufacturing capacity.

JECA came out stronger on the other side, investing in equipment that will enable the company to increase their production sixteenfold.

JECA is just one of hundreds of upstate New York companies that have been helped by Launch NY, a Buffalo-based venture development organization that supports early stage startup companies by providing them with access to capital and free mentoring.

Founded in 2012, Launch NY filled a critical gap that existed in the Western New York startup and entrepreneurial ecosystem at the time: a single place where people with ideas could go for support to build those ideas into high-growth companies that would generate job growth.

This was before the annual 43North contest existed. Before Buffalo's tech unicorn ACV Auctions was formed. Before many Western New Yorkers even knew the region had startup companies worth investing in.

"Our mission is to identify, support and fund companies that have high growth potential, because they are the greatest generator of jobs in this country," Launch NY CEO and President Marnie LaVigne said.

Across 27 upstate New York counties, Launch NY has mentored nearly 1,400 startup companies and invested in more than 80. More than 40% of those companies are led by women or minorities, like JECA.

"I think they hold a certain respect within the community that they work in and to have their confidence really makes other investors look at you and feel confident that you're worth taking a look at," Dolnick said.

Before Launch NY, there was no formal, consistent infrastructure where upstate startup founders could turn for funding and mentorship. It was more of an informal web of people who had money or business experience.

"It was a lot of just referral to colleagues who may have access to capital," LaVigne said. "There were a couple of seed funds in the region. Rochester had one, Buffalo had one and so you would essentially send every person there, whether they were a good fit or not. So as a result, we did not see many companies actually being funded."

The existing small business development centers were not equipped to mentor high growth businesses and startups couldn't get traditional business loans from the bank. At the time, there were only a handful of startup companies in Western New York, such as Campus Labs and Synacor.

The idea for Launch NY was sparked in 2009 when an organization called Bright Buffalo Niagara invited a speaker from Jump Start, a venture development organization in Cleveland, to talk about the entrepreneurship ecosystem in Cleveland.

"Everybody was so impressed that a city like Cleveland could pull something like that off," LaVigne recalled.

LaVigne and others recognized that if Cleveland could support startups, so could Buffalo.

A group got together in 2010 to start planning what would soon become Launch NY.

"What we were really trying to solve with Launch NY is the problem that those companies were dying on the vine," LaVigne said. "Good ideas, people just gave up on them or they left the region and they went to another area that could actually fund them and support them in ways that Western New York just couldn't do."

LaVigne came on as president and CEO of Launch NY in 2014 after leading economic development efforts at UB. LaVigne has a Ph.D. in neuroscience and helped launch two health informatics businesses in the 1990s.

One of her early accomplishments as Launch NY's leader was getting the organization access to capital it could use to fund startups.

"Having those starter dollars was really what turned things around for the community," LaVigne said. "And I think that’s particularly important because so many people don't have friends and family who can just provide them $5,000 or $10,000 or $20,000 (to start a company). That meant those folks definitely had ideas die on the vine or they had to leave town."

In 2016, Launch NY established a nonprofit seed fund – supported by the Ralph C. Wilson Jr. Foundation – which allows individuals, businesses and foundations to make grants and donations that Launch NY then uses to fund companies.

The Ralph C. Wilson Jr. Foundation will invest $3 million over the next two years in Buffalo-based startup incubator Launch NY. The money will be used to support Launch NY's Seed Fund, which invests in high-growth startup companies in the Buffalo area and Western New York.

The nonprofit fund quickly became the most active seed fund in the state, and it still is today, LaVigne said.

That led Launch NY to establish a for-profit fund in 2019 that pools investors' money to invest in Launch NY companies. Investors get to keep any returns if the company becomes profitable.

"Now people have a greater awareness of (the startup ecosystem in Western New York) and they're starting to say, 'I'd like to step up and be involved,'" LaVigne said.

Launch gets to yes

One of the early companies Launch NY invested in is Patient Pattern, a care management platform used to improve outcomes and manage the risks of medically high needs populations.

Founder Dr. Steven Buslovich started working with Launch NY in 2016 and was partnered with one of Launch's entrepreneurs in residence who acted as a mentor to Buslovich, who was a "fairly inexperienced" founder and CEO at the time, he said.

Buslovich's mentor helped him create more structure in his company, which prepared Patient Pattern to launch its first investment round, which Launch NY supported financially.

Launch NY has invested $280,000 in Patient Pattern over the years, Buslovich said.

"Launch has for us, as I'm sure many other companies, has been the one to really stick their neck out and lead when others were generally afraid to," Buslovich said. "Everybody tries to get to no and Launch tries to get to yes. They're more eager to figure out a way to help as opposed to finding a reason not to help, which is very easy when you're an early stage company."

Startup investors will have the opportunity to support three local companies led by diverse founders for as little as $5,000. During the month of June and into July, accredited investors can invest in AireXpert, Arbol and CaHill Tech through Launch NY's online investor network.

"I can say we wouldn't be here without Launch," he added.

After 10 years of supporting upstate New York companies, Launch NY is just one important part of the startup and entrepreneurial ecosystem in the Buffalo Niagara region.

It works in collaboration with other organizations dedicated to helping startup founders at all stages, like Blackstone Launchpad for student entrepreneurs at UB, 43North and Endeavor WNY, which is for later-stage startup companies.

At the same time, M&T Bank's Tech Academy, TechBuffalo and Bitwise Industries are focused on training hundreds of Western New Yorkers with the technology skills they need to get well-paying jobs at many of these startups.

Nineteen people recently graduated from Buffalo's Tech Academy Data Analytics Bootcamp, a first of its kind in Western New York that was held at Seneca One tower.

"There's kind of a pathway and a map that we started to present to these entrepreneurs who are otherwise excited about their idea but really unable to figure out what do we do next to move this thing forward," LaVigne said.

Across the state, Launch NY has provided nearly $9 million in funding to more than 80 companies, which has led to those companies securing 32 times more funding from outside investors.

The 1,400 companies mentored by Launch NY have gone on to create nearly 5,000 jobs and have annual revenues of more than $208 million.

About 40% of all Launch NY's activity is concentrated in Western New York, LaVigne said.

Looking back, LaVigne marvels at the progress the region has made in support of its entrepreneurs. She believes that focusing on a high volume of scalable businesses will allow Western New York, and other upstate regions, to be competitive in the innovation economy of the future.

"Launch NY is really looking to be here for the long haul so that any entrepreneur who wants to start a business here, it doesn't matter if you've been in industry for 20 years, or literally just coming out of college, we're here to support it," LaVigne said.

Brace yourself: Heating costs are going to soar this winter

National Fuel estimates that the average residential heating customer will pay 50% more to heat their homes than they did last year.

Luxury on Elmwood: New high-end condos get ready to open

One of the biggest additions to the Elmwood Village in many years is nearing the finish line, with 41 new condominiums offering residents a prominent new home within footsteps of shopping, food and the city's art museums.

Sen. Richard Blumenthal in a letter asked the Federal Reserve and the Consumer Financial Protection Bureau to investigate the conversion of customer accounts from People's United to M&T.

The Happy Swallow survived when other taverns didn't. Now it's fighting for its life.

The Happy Swallow on Sycamore Street is one of the few taverns of yesteryear that has survived. But it is being tested once again.

Columbus McKinnon plans to move its corporate headquarters and executive leadership team to Charlotte, N.C., from Getzville, but says it will keep the rest of its local workforce intact.

The project would bring 160 apartments and ground-floor retail space to the site of the former St. Barbara's Catholic Church on Ridge Road.

Workers say it's a deliberate attempt to scare employees away from union efforts. Starbucks denies that, saying the fired workers had violated company policies.

Bills fans, far and wide, revved up for home opener

There hasn’t been this much excitement for a home opener since the Bills' Super Bowl-era teams from the early 1990s. 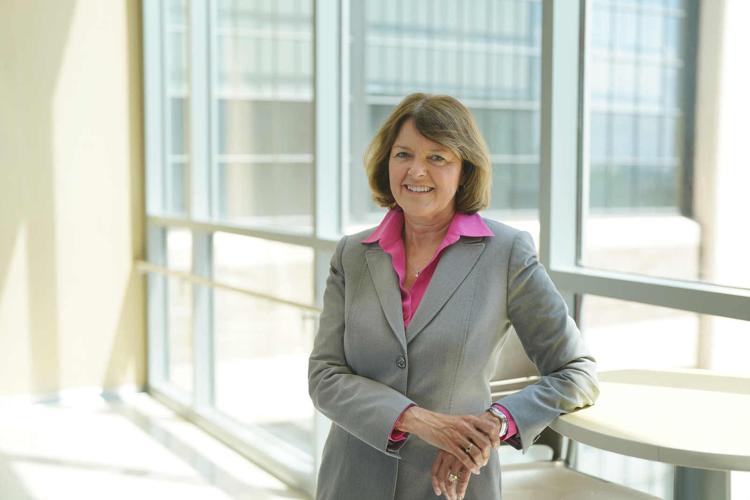 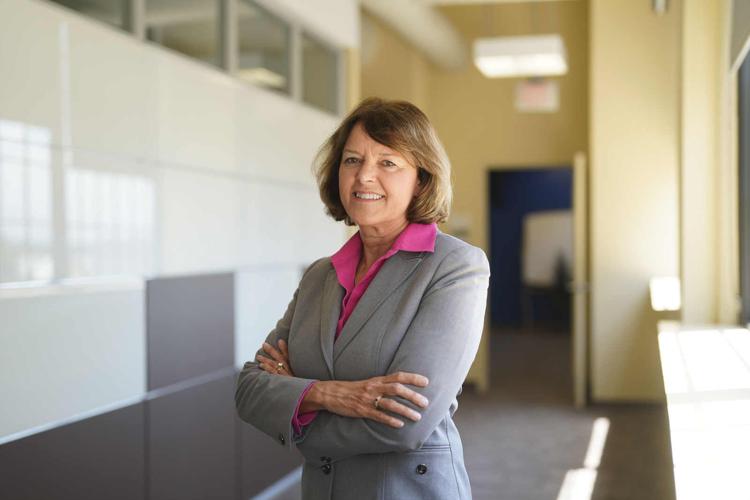 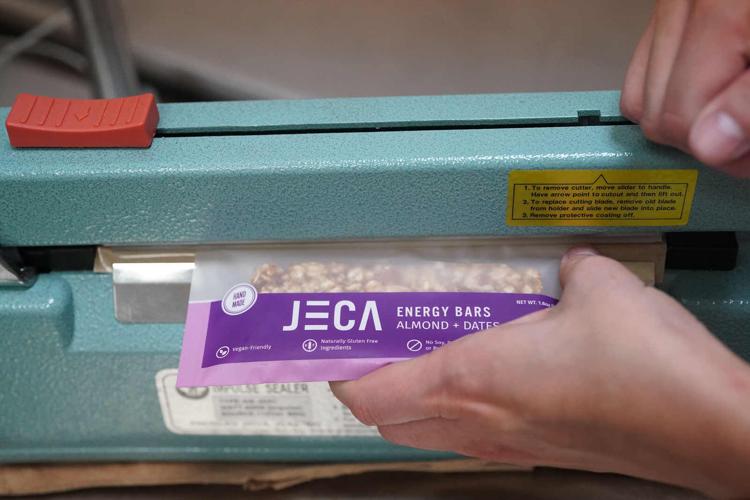 Karina Loera, head of operations, seals a bar as she packages a batch of almond date bars in the kitchen at JECA Holistic Energy Bars in Cheektowaga. 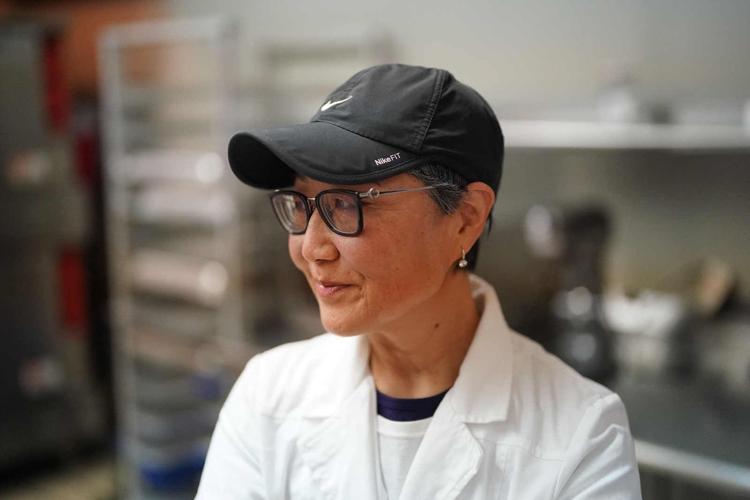 Founder and CEO Ree Dolnick in the kitchen at JECA Holistic Energy Bars in Cheektowaga. 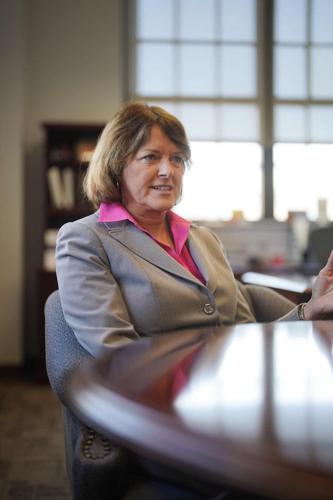 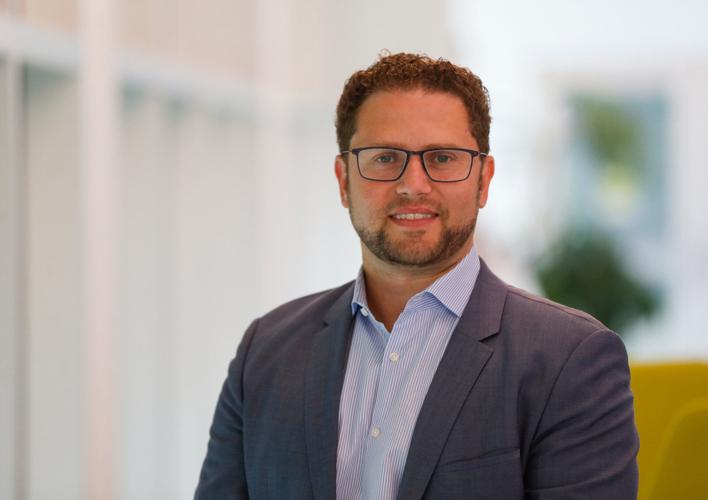