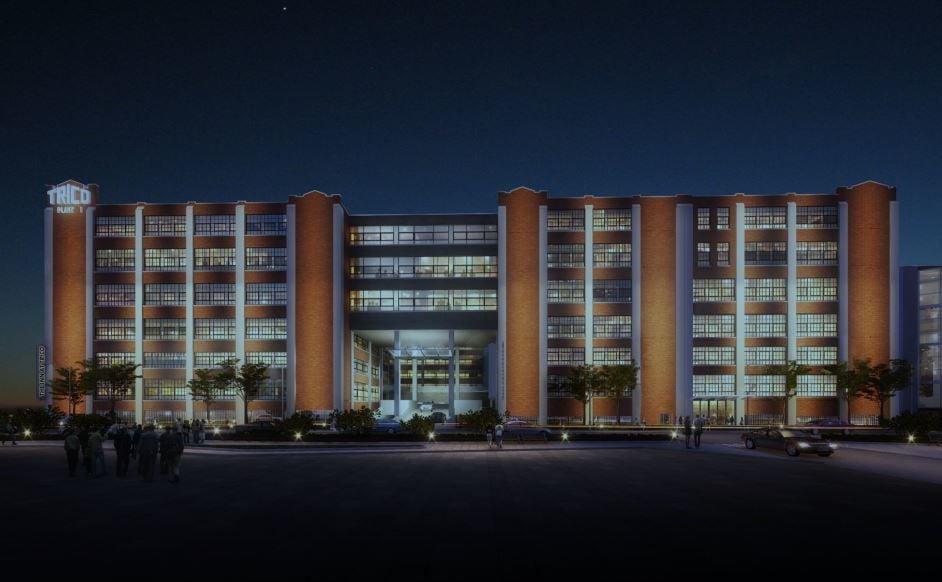 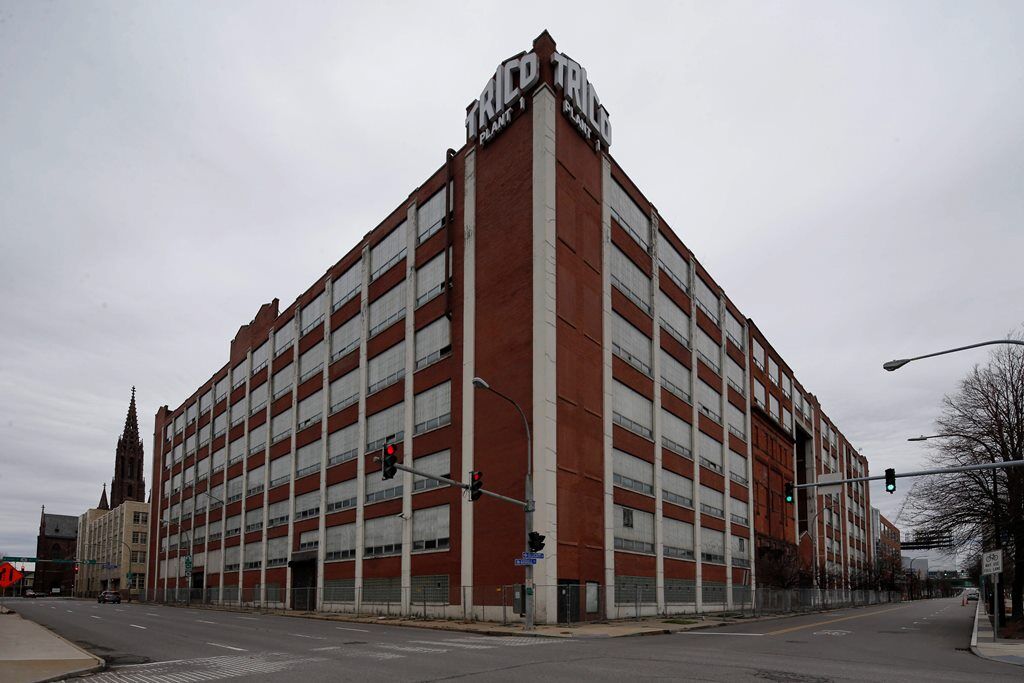 With the redevelopment of the former Trico Building now back in full swing under a redesigned plan, developer Peter Krog is coming back to the Erie County Industrial Development Agency for $3.7 million in tax breaks to support the $108 million project.

The building will feature 243 apartments of various sizes, up from the 133 units originally planned, along with 250 interior parking spaces and 60,000 to 70,000 square feet of commercial space.

But the project at 791 Washington St. was suspended when Covid-19 hit in March 2020, and then lenders pulled out of the project because of fears that the hospitality industry would be devastated by the impacts of the pandemic.

So Krog revised the adaptive reuse plan for the historic windshield-wiper factory building that had been vacant for 16 years, since Trico moved out in 2005. The developer dropped the hotel and added more apartment housing to support the nearby Buffalo Niagara Medical Campus and University at Buffalo's Jacobs School of Medicine and Biomedical Sciences.

Cleanup of a brownfield site at the former Trico Plant has been completed, opening the door for one of the city’s largest redevelopment projects to move forward in 2020. Plans by the Krog Group call for 135 studio, one-bedroom and two-bedroom market-rate apartments, 12,000-square-feet of retail and food space, 105 extended-stay hotel rooms operated by Buffalo-based Hart Hotels, and

The 498,000-square-foot building will also include 60,000 square feet of commercial space for companies seeking to work with the various entities on the medical campus. Two biomedical research and development firms have already expressed interest.

The plan was approved by the city, and is backed by preservationists. Krog already completed "a significant portion of the environmental remediation" on the century-old complex under the state Brownfield Cleanup Program, as well as much of the demolition that was necessary to open up the building and advance the project.

The site has been fenced in during those phases, and though activity was shut down in the early days of the pandemic, work restarted late last year and is expected to be completed by May 30, 2023.

However, Krog officials wrote, "the project will not move forward without financial assistance provided by the agency." The project is majority owned by Krog, with investor Bruce Wisbaum owning 35% of the venture.

Krog is asking the ECIDA to approve just over $3 million in sales tax relief and $712,500 in mortgage-recording tax breaks. It's also seeking a property tax break from the city, under the 485-a program.

Costs include $100,000 for acquisition of the two-acre site, $87.1 million for renovation and reconstruction, $14.53 million for professional fees, $725,000 for furniture and fixtures and $5.5 million in owner contingency expenses. Krog noted that the site "contains contaminants that will add to the overall redevelopment costs" of bringing the site up to clean standards.

Funding for the project includes $70 million in bank loans, $26.6 million in historic and brownfield tax credits and other grants and $11.4 million in developer equity.

The ECIDA board will consider the application when it meets Jan. 26.

How to avoid being scammed while using payment apps

How to avoid being scammed while using payment apps

How long you should keep your tax documents

How long you should keep your tax documents

The Editorial Board: Mortgage company’s request for subsidy pits municipalities against each other

The Erie County Industrial Development Agency should trust its instincts and decline to provide public subsidies to companies moving from one town to the other.

Veteran brownfield developer Krog Corp. has finally begun work on its long-awaited transformation of the Trico building in downtown Buffalo, seeking to complete the $87 million project by early 2021. Krog President Paul Neureuter confirmed Wednesday that crews started demolition work at the 10-story building, and “expect to make significant progress by fall.” Krog, which paid $35,000 in 2017