It's official: One Seneca Tower will house M&T tech hub with 1,000 workers
0 comments
Share this
Support this work for $1 a month
1 of 3 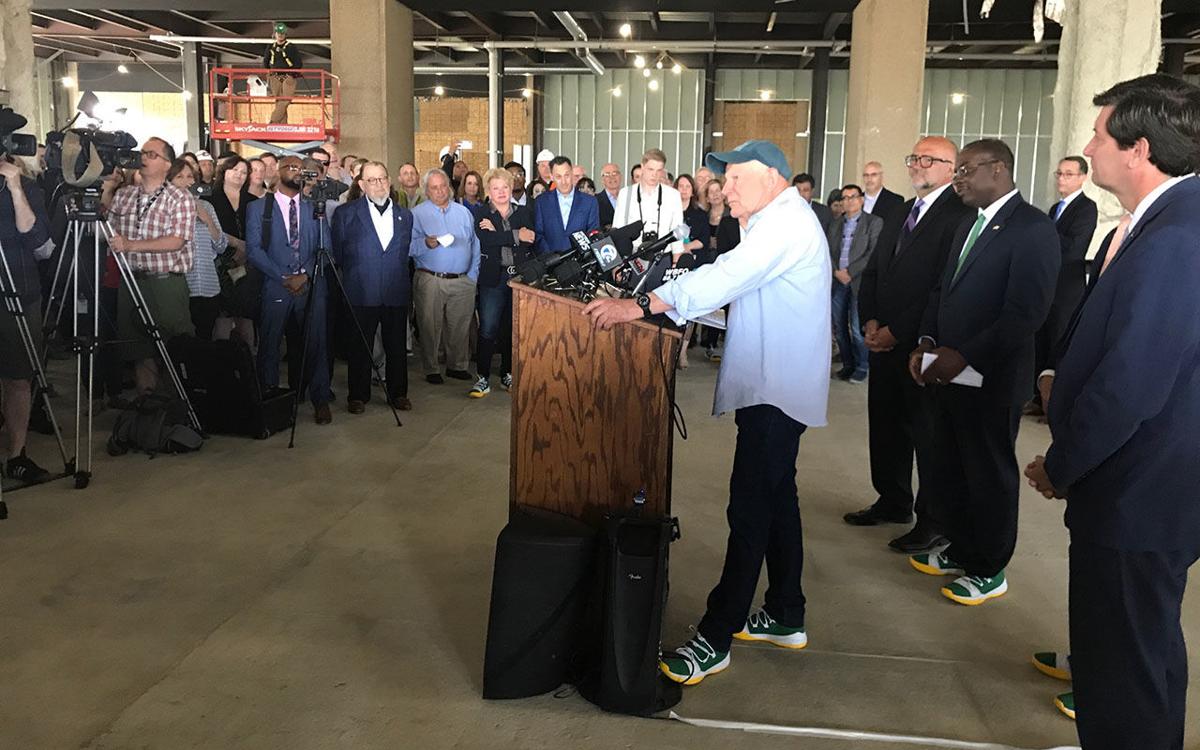 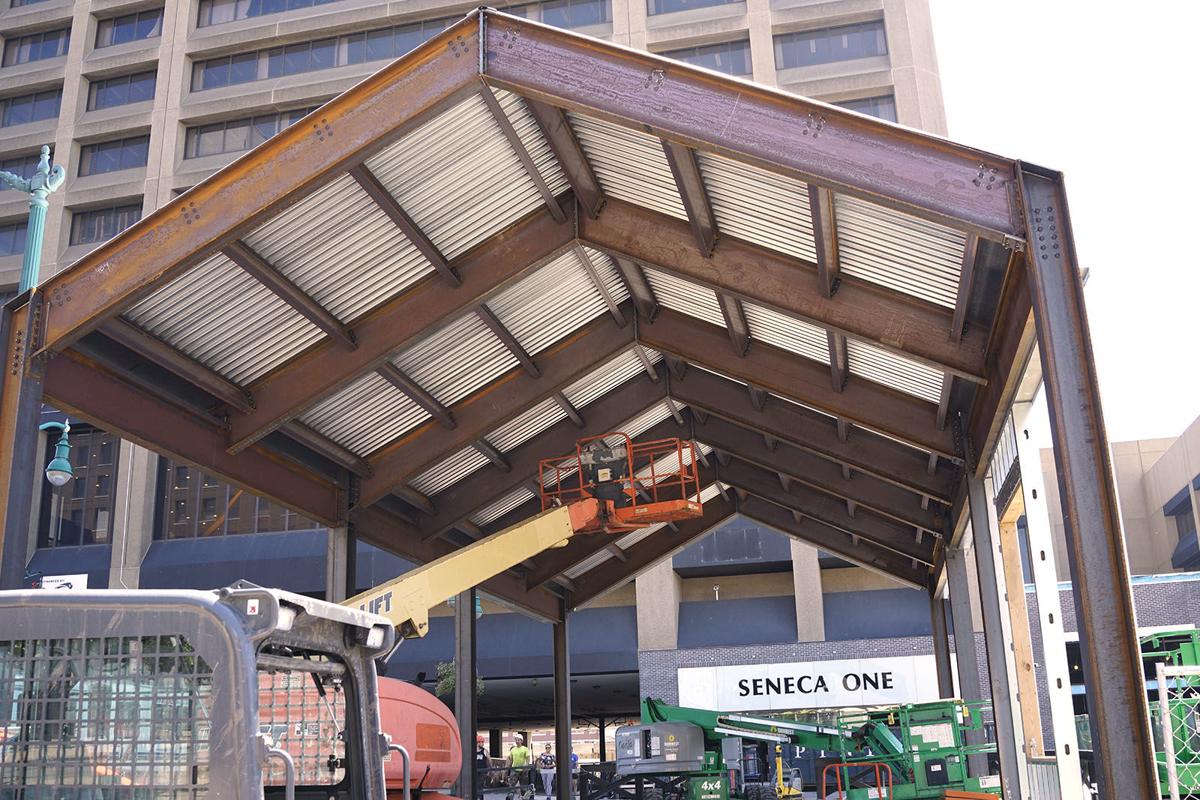 Construction work continues on the plaza in front of One Seneca Tower. (Derek Gee/Buffalo News) 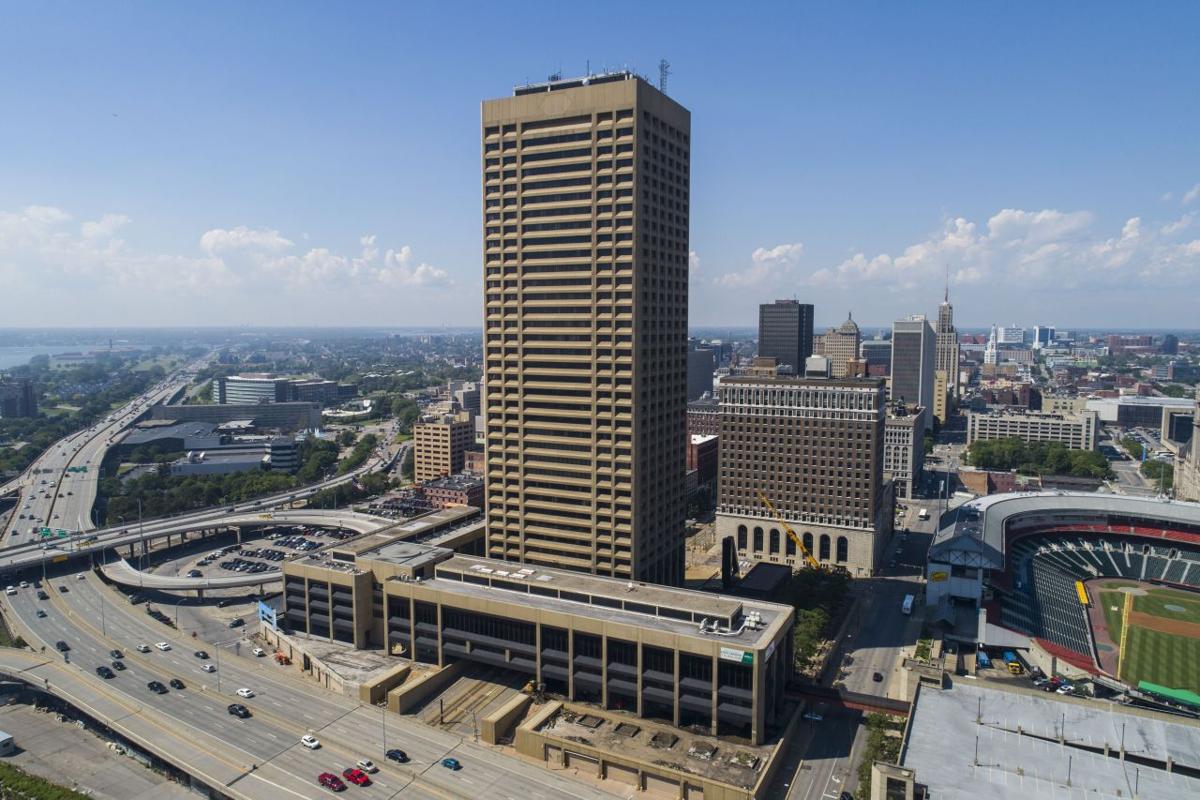 M&T officially announced Thursday morning that it chose One Seneca Tower as the location for its new technology hub, pledging to have at least 1,000 employees working there by mid-2020.

The bank announced that it signed a long-term lease for an initial 330,000 square feet of space, with options to expand. It expects to move the first workers into the building by the beginning of 2020 and have 1,500 workers at the site within three years.

"In today's digital economy, attracting and developing tech talent is one of our top challenges — not just for our company, but for our entire community," said M&T Bank Chairman and CEO Rene F. Jones at an 11 a.m. news conference at the hulking downtown building.

M&T will take up about 25% of the square footage in Buffalo region's tallest building, including 11 floors (13 through 23) in the vacant, 38-story tower and the western plaza addition that faces Pearl Street.

"In M&T Bank, we secured not just a tenant — we found a partner in our vision for this building and for our city," said Douglas Jemal, the owner of the tower.

News of M&T's move leaked Tuesday, with a source telling The Buffalo News about M&T's decision.

Last December, M&T put out a request for proposals for a tech hub location. The bank said it received more responses than it anticipated from landlords and developers.

All along, One Seneca Tower – formerly the corporate offices of a competitor, HSBC Bank USA – has been viewed as a strong contender. The property is in a prominent spot downtown, along the Metro Rail line and connected to a parking ramp. It's also just down the street from M&T's headquarters at One M&T Plaza.

M&T's request said the bank would need about 150,000 square feet of office space available by this month, with the ability to expand by another 100,000 square feet in the same building or campus over the next two to three years.

M&T's request prompted Jemal's Douglas Development to propose adding more than 110,000 square feet of commercial space to the plan for that complex, which already has 1.2 million square feet of empty space.

The tower was built between 1969 and 1972 as the headquarters for Marine Midland Bank, which was later absorbed into HSBC. It's been vacant since HSBC Bank USA, the Canadian Consulate, the Phillips Lytle law firm and other tenants finished moving out by the end of 2013.

Jemal bought the complex in September 2016 for $12.6 million, and the developer from Washington, D.C., launched a $120 million adaptive reuse.

The decision represents a boost for the revitalization of One Seneca Tower, as well as another major investment in downtown real estate by M&T.

M&T executives see technology investment and innovation as crucial to the future of the bank, as customers conduct ever more transactions in the digital realm.

M&T already has about 7,000 employees in Western New York, making the bank one of the region's largest private employers.

BestSelf is finalizing a deal to purchase the former Mosher Health Center of Lifetime Health Medical Group at 899 Main St.

Construction work continues on the plaza in front of One Seneca Tower. (Derek Gee/Buffalo News)