Subscribe for $1
Read Today's E-Edition
Share This
Inside Don Boyd's 25-year climb at Kaleida Health: 'He's proven to be a strong leader as he moved up the ranks'
0 Comments
Share this 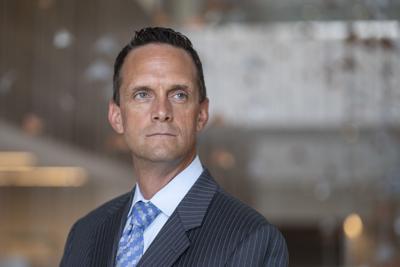 "That wasn't my time," Boyd told The Buffalo News, "and this is my time."

Boyd was elevated to CEO on July 12 following Nesselbush's sudden retirement. The abrupt announcement caught many in the Western New York medical community off guard – more because no one was expecting it rather than because of Boyd's appointment. Boyd, 50, has been Kaleida's presumed CEO-in-waiting, groomed by 25 years of experience with the health system, each post preparing him for his next assignment.

The high-energy Boyd, who once dreamed of being a Navy pilot, brings a collaborative style, seeking the input of others to influence his decision-making, said Gary Crosby, the former First Niagara Bank CEO and newly elected chair of Kaleida's board of directors.

Boyd knows Kaleida "like the back of his hand," Crosby said, and has made plenty of friends within the $2 billion health system that employs more than 10,000 people.

"He's proven to be a strong leader as he moved up the ranks," said Crosby, a Kaleida board member since 2017. "You know the old saying, 'You can't be a leader without followers.' He has plenty of followers. He's earned trust and respect."

Crosby declined to discuss the circumstances that led to Nesselbush's retirement. But he said Kaleida's board was unanimous in its decision to choose Boyd as the CEO to take Kaleida into the future.

Among the obstacles for the new CEO are labor negotiations, financial effects from the pandemic and the rapidly changing nature of the health care industry.

And the future has never looked murkier.

Kaleida – like other health systems – is confronting a host of what it hopes are short-term challenges brought by the Covid-19 pandemic. Kaleida has logged three straight years of financial losses, which have continued this year with high costs for travel workers and patient volume that hasn't returned to pre-pandemic levels.

Kaleida also is in the midst of negotiations with two labor unions representing two-thirds of its workforce. Boyd, Crosby and Kaleida officials know they have to boost wages to attract and retain workers and, in turn, improve patient care, but the tricky part is reaching a contract the health system can afford as it navigates rough waters.

"Success is all about the team and all about the people," Boyd said Tuesday inside Gates Vascular Institute in Buffalo. "So one of the things that gives me great comfort to be able to address those headwinds is the team of people that we have in Kaleida Health."

Boyd grew up in what he calls the " 'Top Gun' era," referencing the 1986 film that influenced him to dream of flying a plane in the Navy.

Growing up in Plattsburgh, a city of 20,000 people about an hour south of Montreal and a couple of hours north of Albany, Boyd pursued a Reserve Officers' Training Corps scholarship at Syracuse University.

But he failed his eye exam, diagnosed with a degenerative corneal disease.

That dream ended, but another began.

Aside from Tom Cruise blockbusters, Boyd was molded by the "mission-driven element" present in his childhood, raised by parents who served in the Peace Corps. That and other family health issues that popped up nudged Boyd toward a career helping others.

So he traveled across the state in 1989 to attend the University at Buffalo, where he received his bachelor's degree in community mental health and psychology. After working for UB for a couple of years, he decided to get his Master of Business Administration with a concentration in corporate finance and health care systems management. It's also where he met his future wife, Ann.

After school, the couple joined the only employers they have ever known: Boyd to Kaleida, and Ann to Rich Products. The Williamsville residents raised two kids here – their son will be a sophomore at Duquesne University in Pittsburgh; their daughter will be a freshman at University of Massachusetts in Boston. Boyd is an avid cyclist and also likes to go boating on Lake Erie.

Often when a CEO job opens up, an employer conducts a national search in hopes of luring a big name or star on the rise.

In Boyd, Kaleida only had to look within for its next CEO, perhaps because he was a finalist in 2020 to succeed Lomeo.

While still in graduate school, Boyd interned with C.J. Urlaub, then a vice president at Buffalo General. Not long after, Boyd was offered a job at DeGraff Memorial Hospital as a data analyst, preparing for the merger that would lead to the creation of Kaleida.

He advanced from there, working through roles in ambulatory services, a nearly three-year stint as president of Millard Fillmore Gates Circle Hospital, a 10-year stretch leading the system's business development efforts and then as president and chief operating officer before being named CEO.

In each position, Boyd said he focused on the moment and task at hand, rather than what job might come next. But what the 25-year climb allowed him to do was learn the health system inside and out, preparing him to one day ascend to the CEO job and "hit the ground seamlessly in a transition," he said.

Throughout his rise, Boyd said he's been guided by the belief that "people are good, and they want to do the right thing." That belief, which Boyd said he lives by, also guides his leadership style of listening to others and seeking input.

In Boyd's first systemwide email as CEO on July 22, he encouraged employees to reach out to him. "Don't tell me what I want to hear," he wrote. "Tell me what I need to hear."

That style was sculpted from his time at Kaleida, starting as an intern under Urlaub – now president of Mount St. Mary's Hospital in Lewiston, a facility of Kaleida rival, Catholic Health System.

While now competitors, Boyd said he and Urlaub exchanged texts on the day of his appointment to CEO.

"It all started with my internship with you," Boyd texted him.

Boyd has spent his first couple of weeks as CEO visiting Kaleida's facilities, meeting with management teams and employees – part of his goal to be visible in the organization.

This people-centric focus is a must, given Boyd said recruiting and retaining health care professionals is the largest challenge facing Kaleida and providers across the country.

The latest extension runs through the end of July.

Staffing is one of the major issues in ongoing negotiations with unions representing about 6,300 Kaleida workers. Boyd was a regular at the bargaining table for the first four months of negotiations – when he was appointed CEO, John R. Oishei Children's Hospital President Allegra Jaros and Buffalo General interim President Cheryl Klass replaced Boyd in negotiations as he took on more responsibilities.

Reaching a new contract – the latest 30-day extension expires Sunday – is the first major hurdle in Boyd's CEO tenure, one Kaleida is eager to clear before gearing up for its next obstacle.

With hundreds of open jobs, Kaleida has turned to high-priced travel workers to fill staffing gaps. And that has hit the bottom line: Kaleida Chief Administrative Officer Mike Hughes said the system is on track to spend $97 million this year on travelers, compared with $14.5 million in 2021.

A road increasingly traveled: Fed-up nurses turn to lucrative travel work. But how long can it last?

Perhaps no current issue looms larger for WNY's hospitals, paying huge costs to travel agencies amid a staffing pinch and desperately searching for permanent employees to lessen their reliance on high-priced temporary workers.

Pair those costs – travel nurses can make $100 an hour or more – with soft patient volume and Kaleida has been losing about $10 million a month in 2022, Boyd said. That figure improved some in June, Boyd said, but Kaleida is facing many headwinds as it attempts to return to profitability.

Kaleida ended 2021 with a $26 million loss, after factoring in federal relief, on just shy of $2 billion in revenue, Hughes said.

Still, Boyd said he sees a pathway to profitability. He points to Gov. Kathy Hochul's most recent budget that plans big investments in New York's health care system as well as opportunities for Kaleida "to grow thoughtfully and grow selectively."

Boyd's success will be measured on his leadership and his ability to execute in an ever-changing health care environment, one that has typically turned over CEOs every few years.

But Boyd feels he's ready after all these years.

"Opportunities like this are the result of the experiences and the relationships that have shaped you to be ready when these opportunities occur," Boyd said. "I just believe that, and I've believed that all throughout my career."

Kaleida, unions 'putting a full-court press on' to reach contract for 6,300 workers as extension nears expiration

A second monthlong contract extension between Kaleida Health and the unions will expire Sunday, and the two sides decided not to extend the contract a third time.

Dr. Stephen J. Turkovich, the children's hospital's chief medical officer, on Thursday was named as the hospital's president. He assumes the role from Allegra Jaros, who announced in recent months that she was leaving to become the president of Wolfson's Children's Hospital in Jacksonville, Fla. 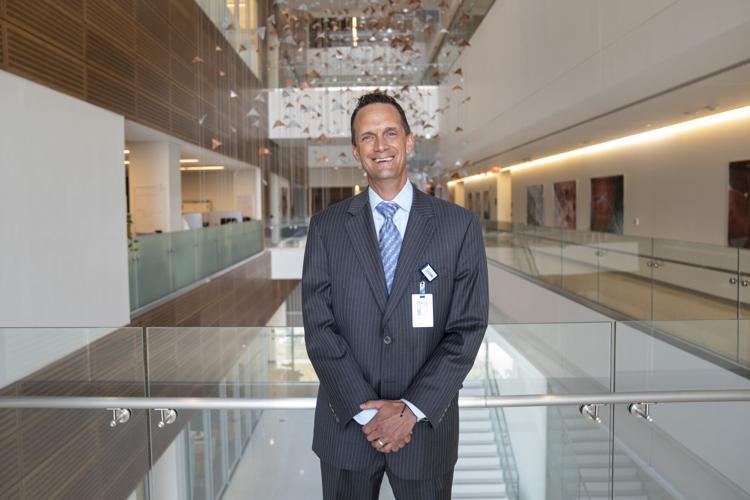 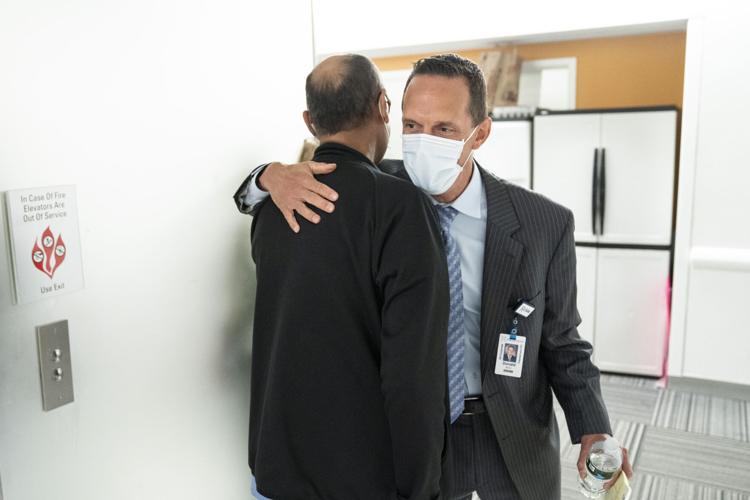