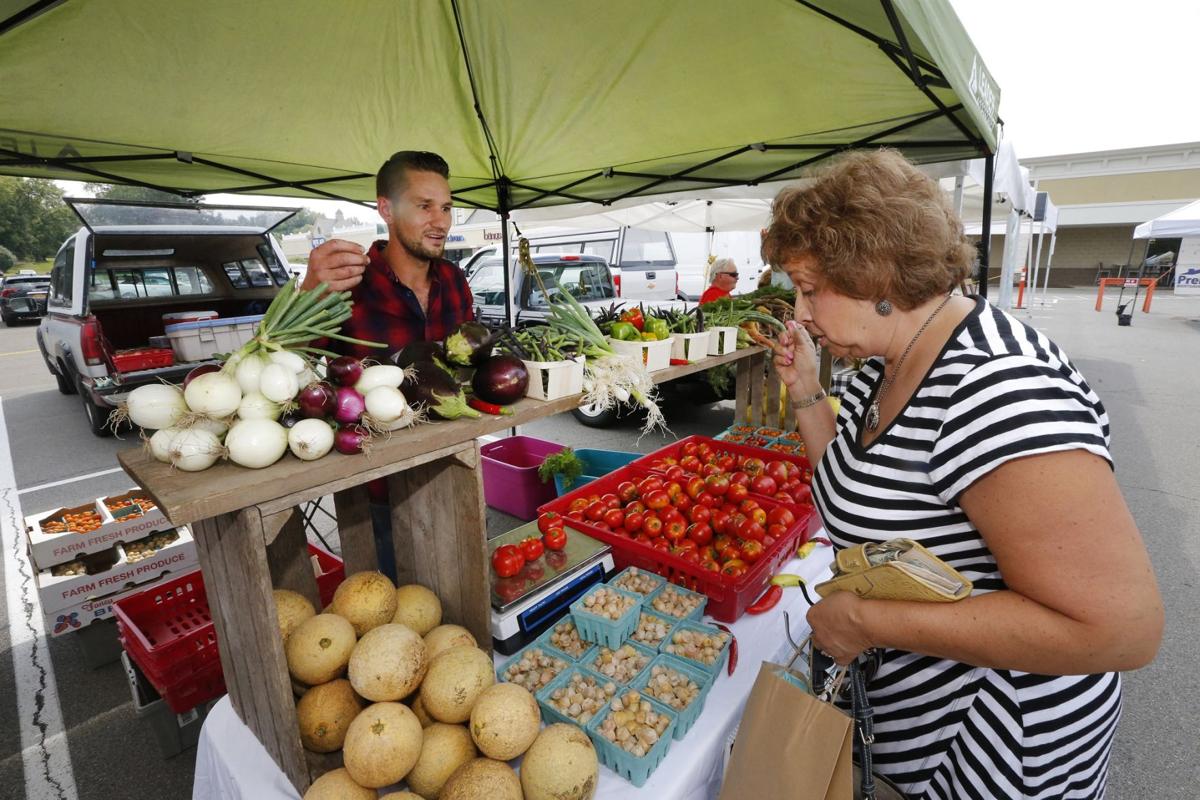 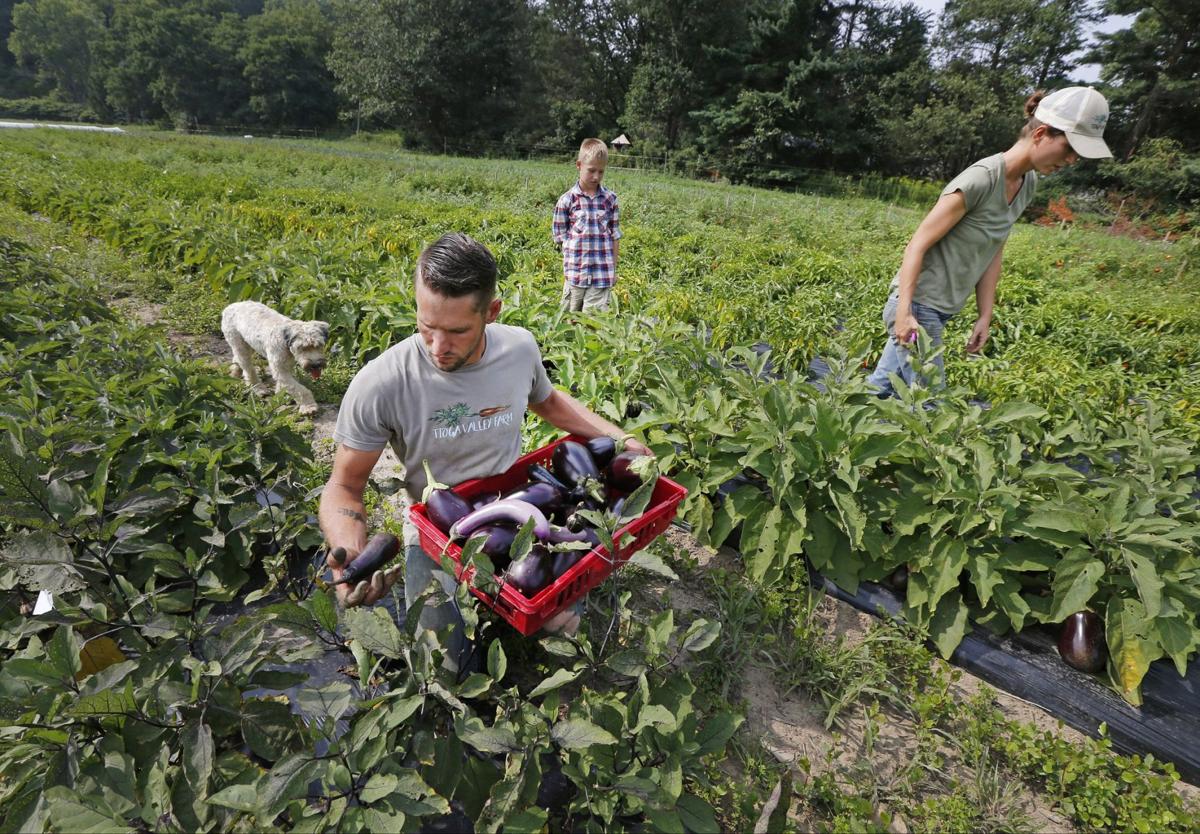 The Leipler Family, and son Dominic, 10, parents Christopher and Beth, harvest fresh eggplant at their Tioga Valley Farm along Davis Road (Route 240) in West Falls as they prepared for two farmers markets last week. They do so under the watchful eyes of their 9-month-old Wheaten terrier, Meesha. The family planted their first crops earlier this year. (Robert Kirkham/Buffalo News) 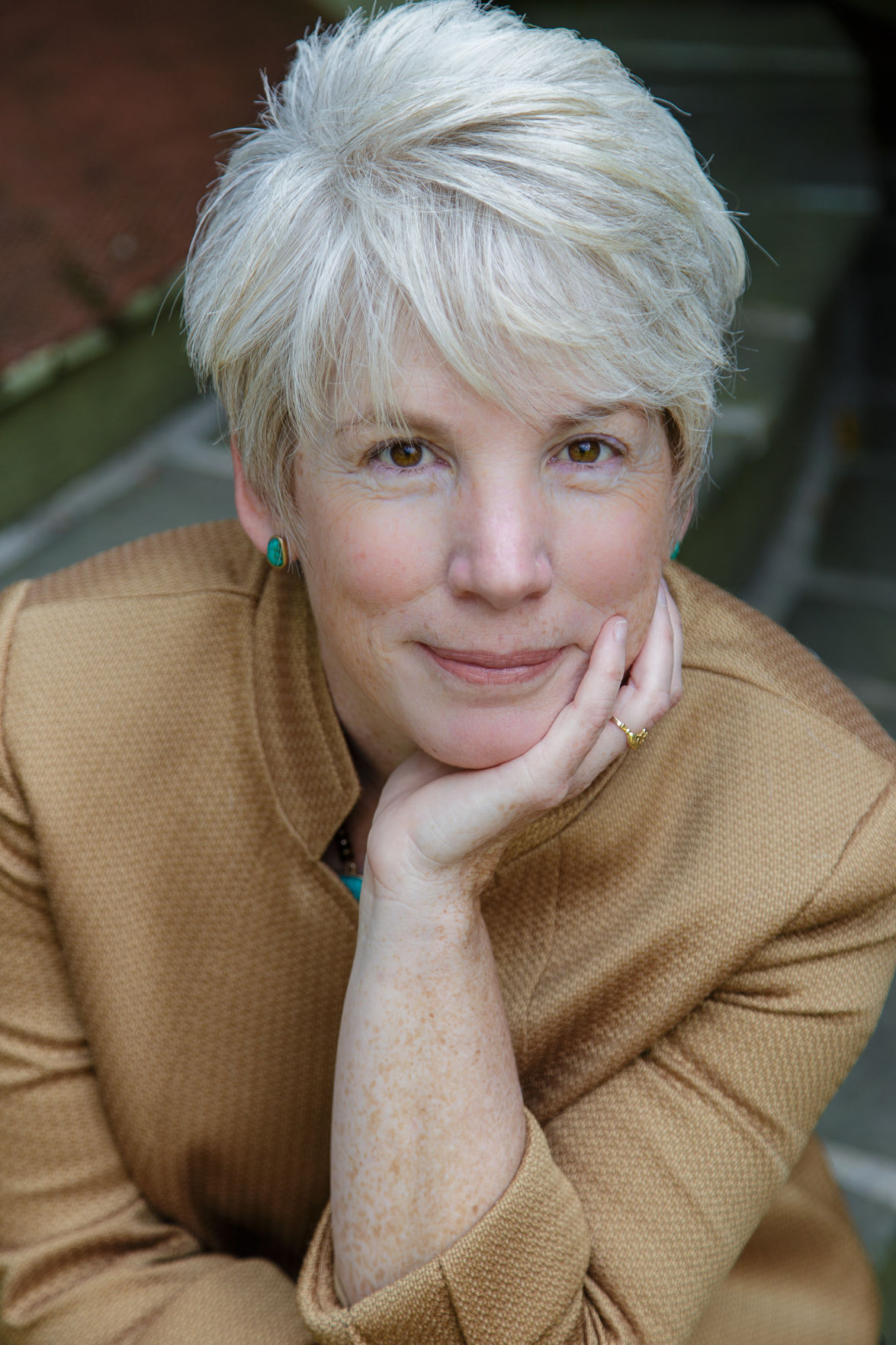 Registered dietitian Kathy Border is happy to leave the growing of her fruits and veggies to local farmers.

Kathy Border takes students to a beef farm every year as part of a community food course. She and her family eat eggs laid by their own chickens. The weekly diet tilts toward fresh fruits and vegetables.

Still, she wouldn't dream of growing her own produce on her rural homestead in South Wales.

"I do not have a green thumb and we have a lot of deer who would eat a garden before we had a chance to get to it — so I totally love shopping at a farmers' market," said Border, professor of nutrition in the D'Youville College Dietetics Department.

Border and those like-minded are in luck this time of year. More than 40 farmers' markets are in full swing in Western New York.

"Farmers' markets come to our rescue," Border said. "They present our food so beautifully. When you can eat in season, fruits and vegetables are fresher. They taste delicious. They're nutritious. They don't travel a lot of miles to get to us," which is better for the environment.

"Eating locally supports local farms, our local economy. I tell my students often that they need to make a connection between the food we eat and who is producing it, or the farmer who is growing it. It's so important that we find and strengthen these connections."

Border is among those in the Southtowns able to shop nearby at a variety of outdoor markets. A new vendor also has entered their midst: Tioga Valley Farm operators Chris and Beth Leipler, first-year farm owners who in recent weeks pulled their first crops off a 6-acre swath along Davis Road in West Falls.

They grow 160 varieties of fruits and mostly vegetables.

"It's a lot easier to name what we're not growing," said Chris Leipler, 32, a former laborer and heavy equipment operator who met his wife four years ago, when the two landed jobs at Arden Farm outside East Aurora.

He grew up in the village, with no close ties to the local farming community. His wife was raised in Castile, near Letchworth State Park, in a family that included second-generation dairy farmers.

She landed a psychology degree at Warren Wilson College, in Ashville, N.C., a school that also had a sustainable agriculture program. She spent two years afterward with the Peace Corps, working in food forestry and youth and women's gardening projects in the island nation of Madagascar.

Organic farming at Arden Farm strengthened the couple's desire to set a similar course. Three years ago, they converted a former banana plantation in central Jamaica into an agroforest, where they spend several weeks in the winter. Last year, Beth Leipler managed the Green Shoots for New Americans urban farm program through Journey's End Refugee Services.

After marrying in June 2017, the couple set out to lease farmland near their home in Colden. They invested $45,000, mostly from savings, in a five-year, lease-to-own farm. The investment included a 1948 McCormick Farmall cultivating tractor, a 1979 Ford 340 industrial "workhorse" tractor, and attachments, as well as a water well on property. The couple hopes to break even this year and turn a profit in 2019.

"The lifestyle is the number one reason we got into farming," Beth Leipler said. "We enjoy spending our lives outdoors, being self-employed and spending the summer with our son — and having a supply of healthy, nutritious food that we can cook at home and supply to the community."

The challenges? "It is very labor intensive," she said. "You have to be able to work long hours and on weekends. You have to deal with weather and circumstances on the farm — and be ready to adapt to whatever comes your way."

"Another reason we got into farming is we both love to cook," her husband said. "We don't get into diet fads. We prefer to eat whole foods. We stay away from processed foods and sugar. I juice and I eat a lot when I'm out in the field."

Chris Leipler used his 1989 Ford 1500 pickup to haul the bounty to market. He also brought along bags of produce picked up by six people who belong to the farm's Community Supported Agriculture program. The vast majority of the 60 CSA members pick up their weekly shares on the farm. The couple looks to provide 100 shares next year.

The dry summer made for a hearty growing season. "Since we haven't had a lot of rain this year, it's kept diseases down for tomatoes and peppers pretty much across the board," Chris Leipler said. "Our winter squash are even ready."

The Leiplers also drop off produce for the Colden Community Farmers Market, which runs from 8:30 a.m. to 1 p.m. Saturdays through September in the parking lot of the Bread of Life Outreach Center, a Christian ecumenical group that runs a food pantry and clothing shop for those in need, at 8745 Supervisor Ave.

Volunteers sell the produce. Proceeds are split between the farmers and the nonprofit group. Leftover produce goes to the pantry.

Several restaurants — including the Roycroft Inn, Black Iron Bistro, Merge and The Grange — also buy produce from the farm.

Each sale gives Chris and Beth Leipler the opportunity to talk about their business and organic farming methods, as well as ways customers can use what they are buying to make healthy meals.

"I love to be able to tell people that our food is grown 10 minutes away from our market and I just picked it that morning or the day before," Chris Leipler said. "Customers love that."

The Leipler Family, and son Dominic, 10, parents Christopher and Beth, harvest fresh eggplant at their Tioga Valley Farm along Davis Road (Route 240) in West Falls as they prepared for two farmers markets last week. They do so under the watchful eyes of their 9-month-old Wheaten terrier, Meesha. The family planted their first crops earlier this year. (Robert Kirkham/Buffalo News)

Registered dietitian Kathy Border is happy to leave the growing of her fruits and veggies to local farmers.