In just 12 days, Buffalo startup goes from idea to Pentagon contract for ventilators
0 comments
Share this
Support this work for $1 a month
1 of 8 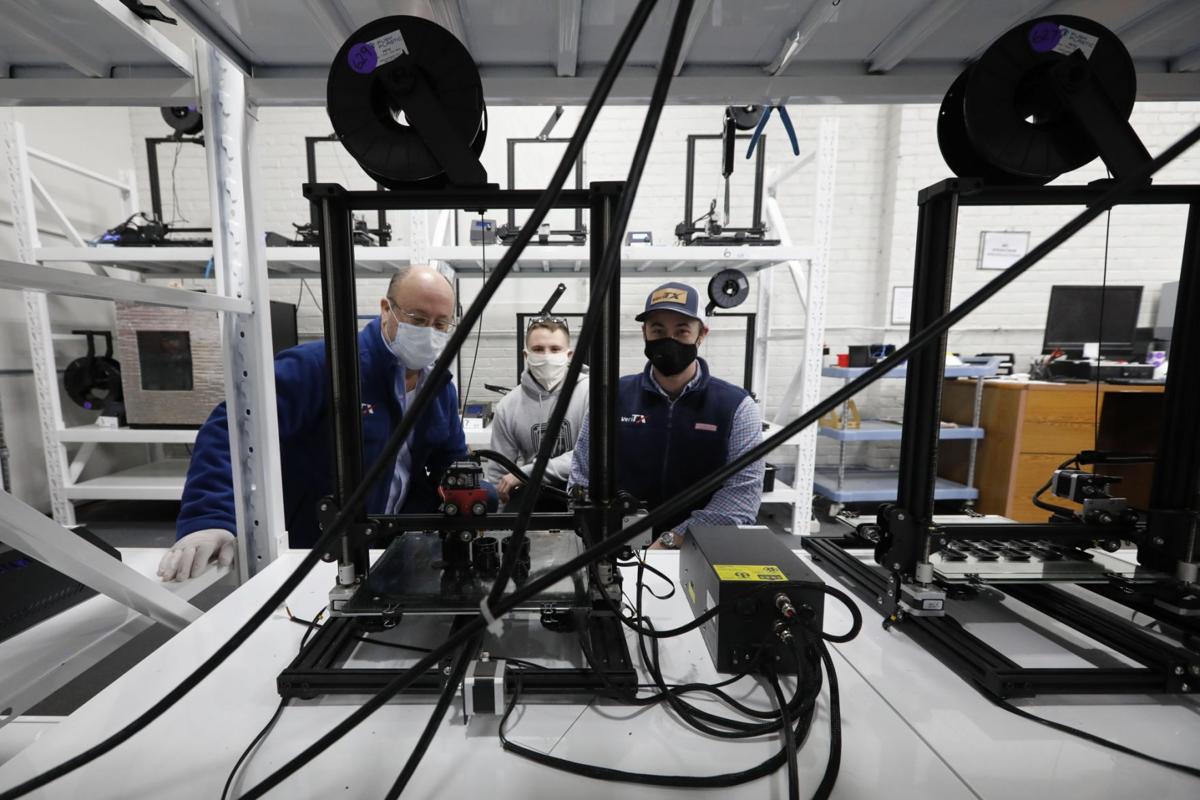 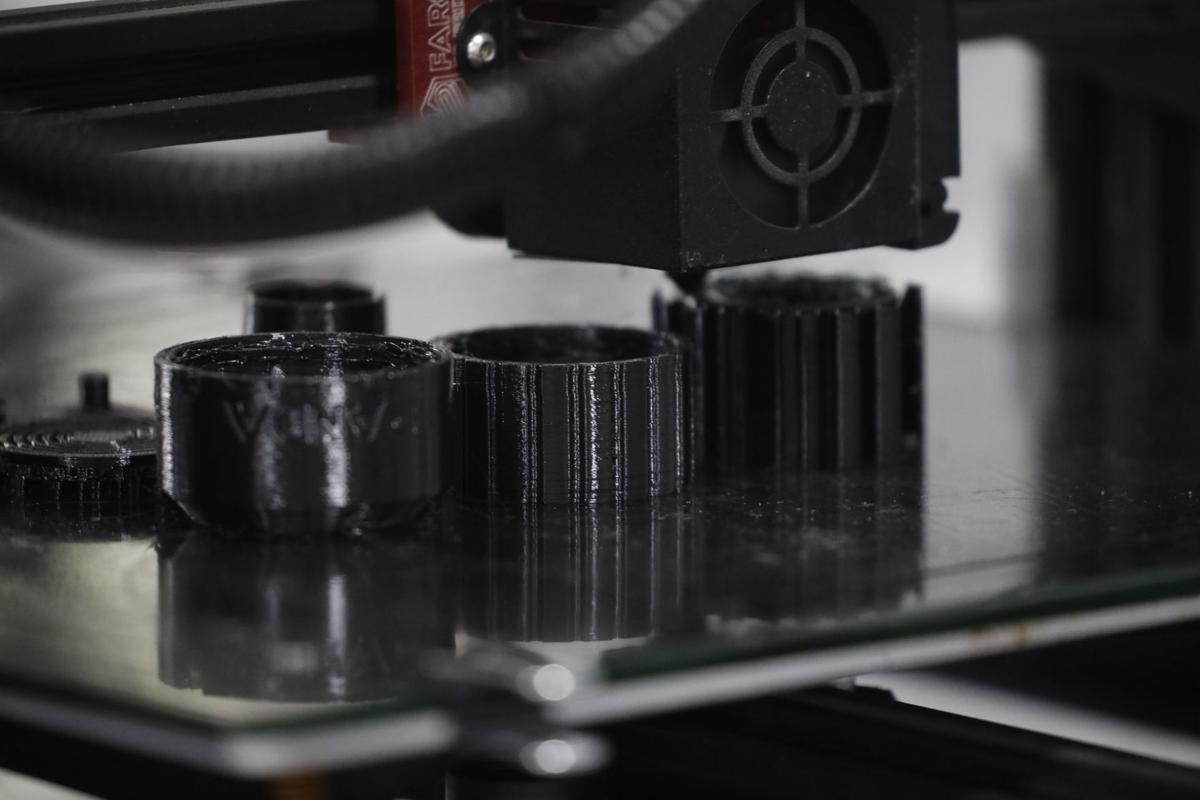 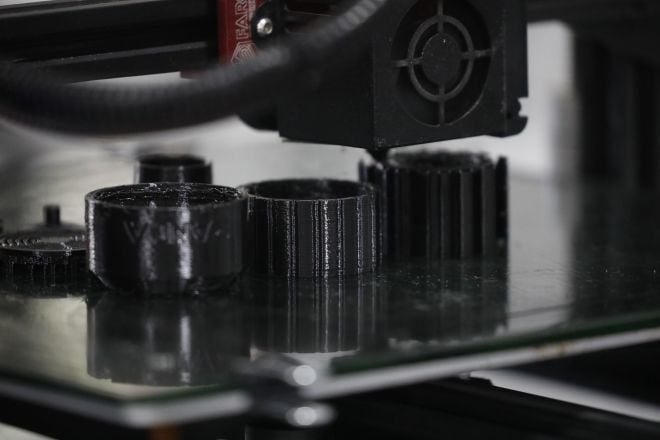 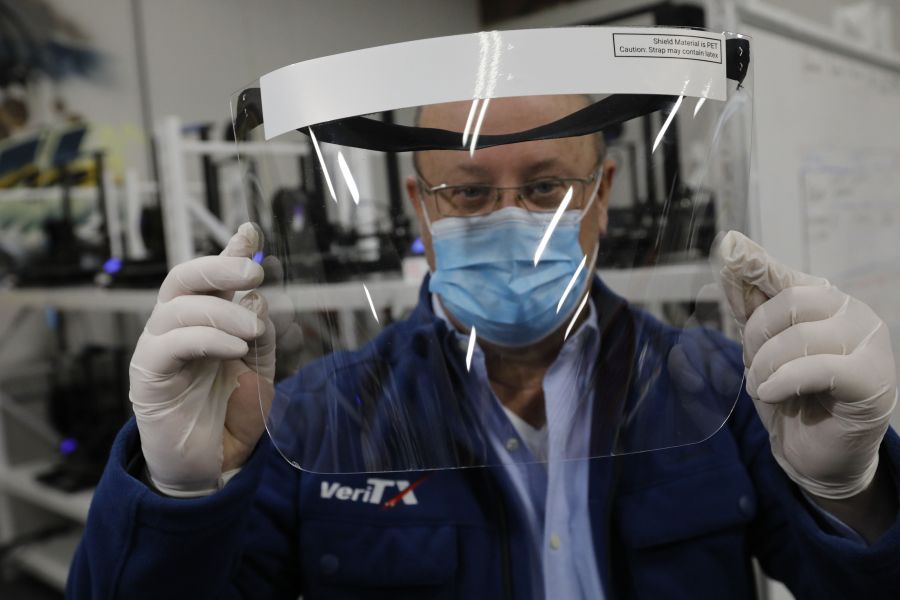 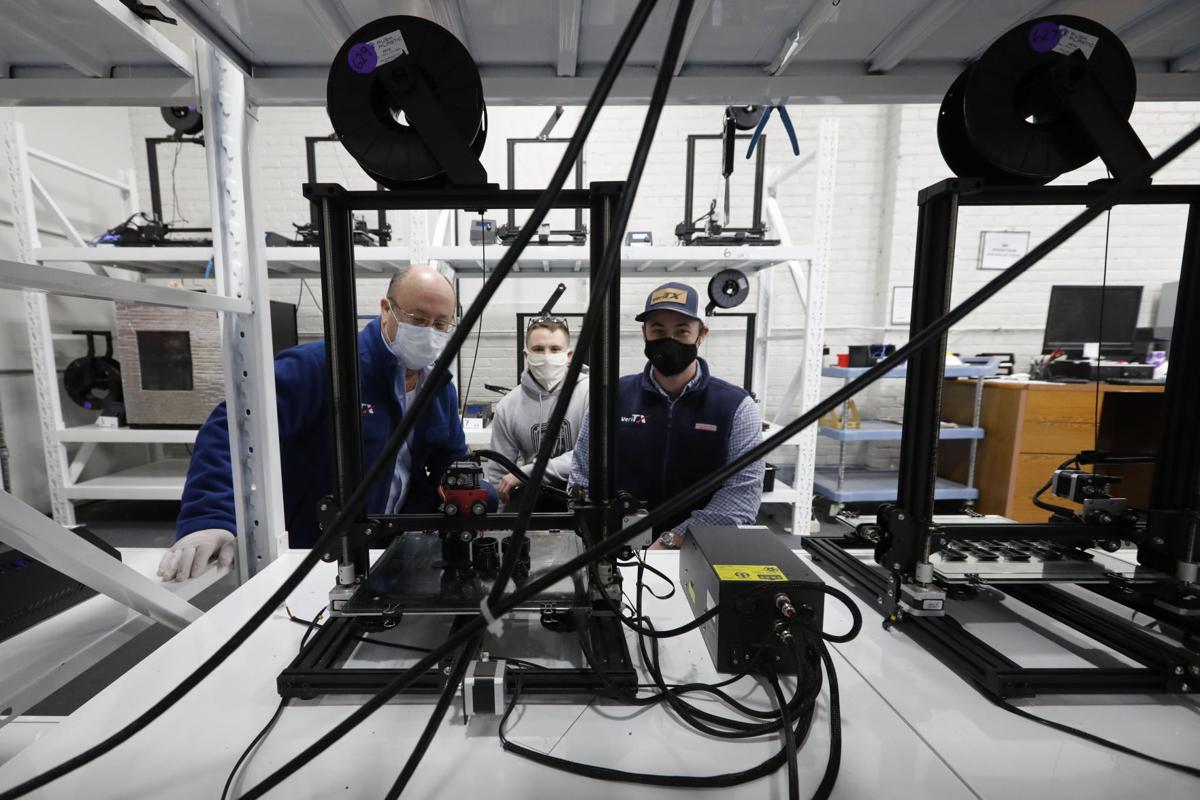 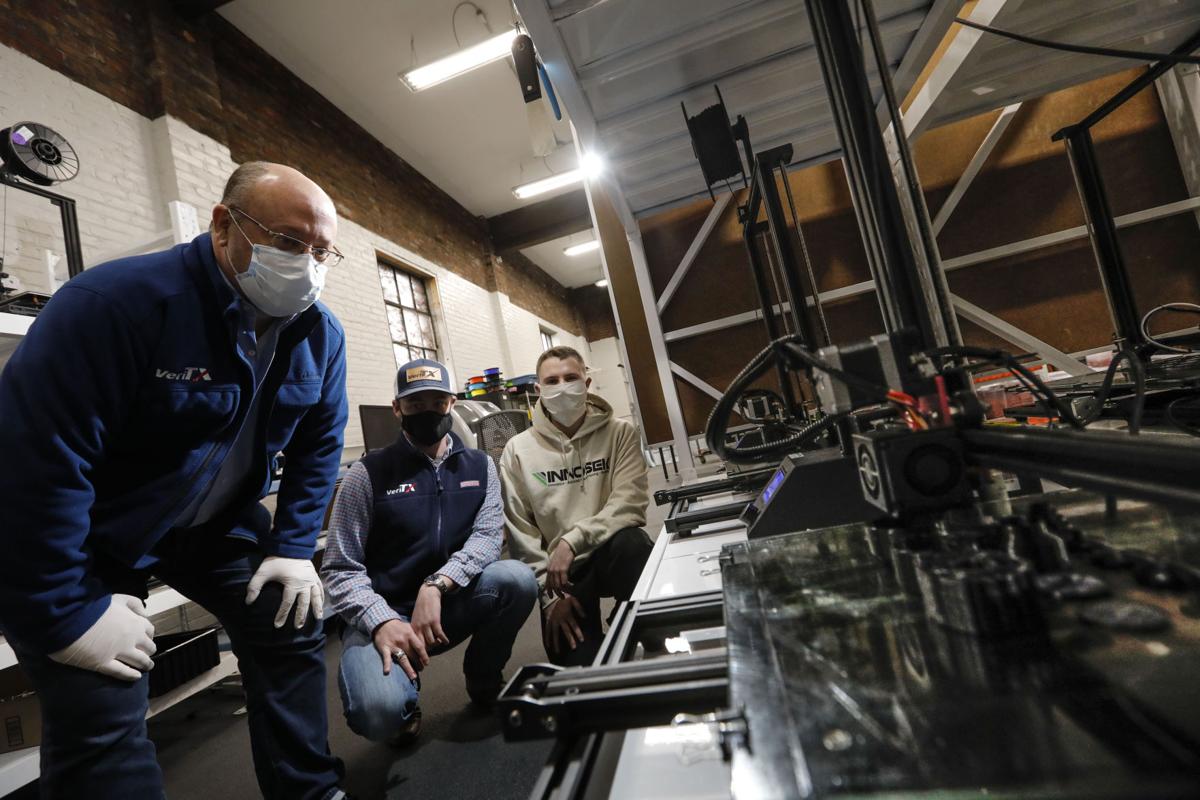 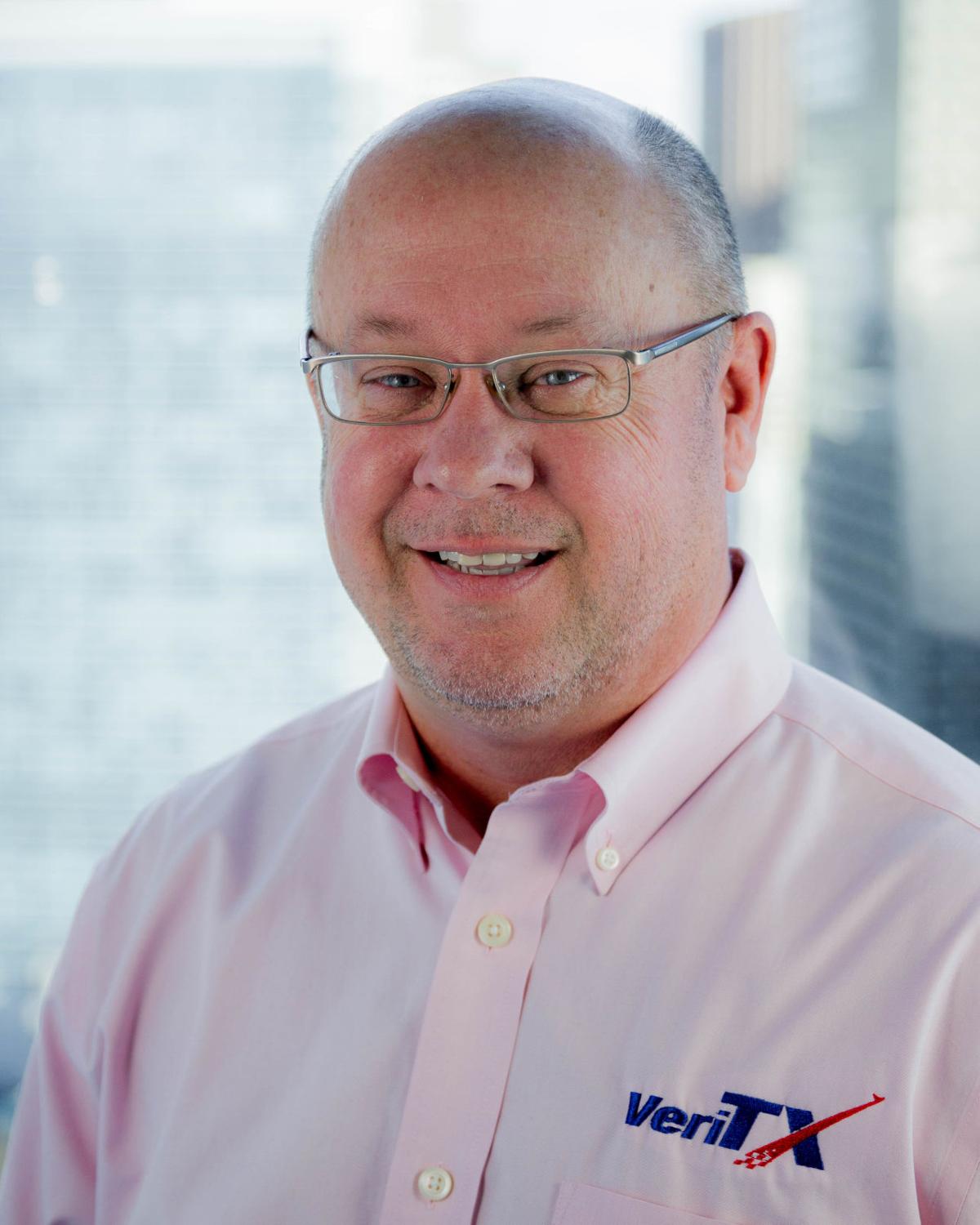 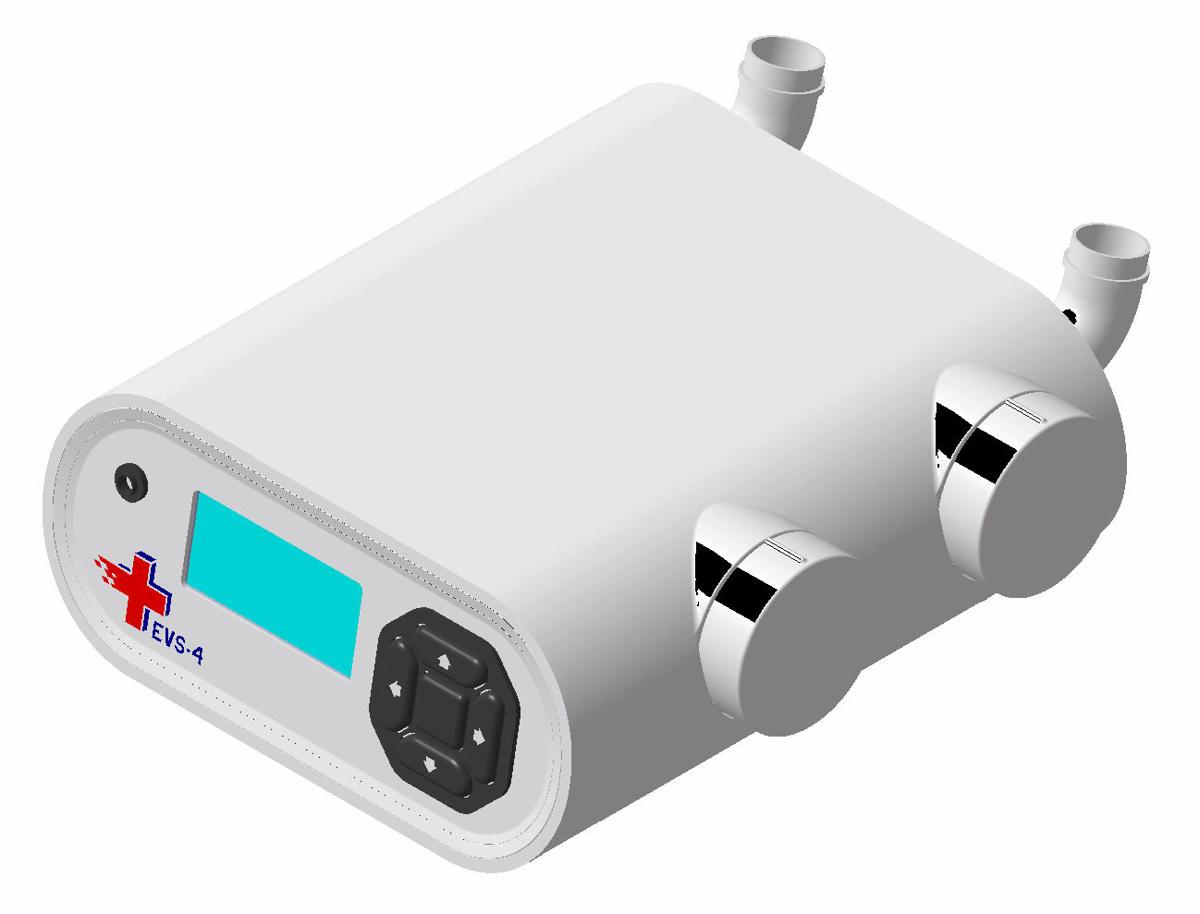 After 31 years in the U.S. Air Force, James A. Regenor is used to flying high and doing what it takes to get the job done.

Now the retired colonel is doing the same with Covid-19.

That's critical at a time when hospitals in coronavirus hotbeds around the country are running dangerously short of ventilators.

The company, based in the Innovation Center at 640 Ellicott St., is working on the final product design this week. It hopes to put its new kits into production quickly, using a Tonawanda 3D printing company as its manufacturer. The prototype must be reviewed by the Food and Drug Administration for approval before mass production.

The company estimates that its modified ventilators with full intubation could cost less than $5,000 each, one-tenth of the cost of traditional ventilators.

All that from a company formed just two weeks ago – and without the principals even meeting face-to-face.

"We went from idea to company to design to patent to DOD contract in 12 days," Regenor said. "This alone is an amazing feat."

Regenor's new company shows the creativity and ingenuity unleashed as the public and private sectors mobilize to fight a worldwide health crisis. It also demonstrates the opportunities that evolving technology creates.

The other problem with C-PAP and BiPAP machines: They use a mask that fits on patients' faces. Doctors worry about the virus becoming airborne within a mask, so they intubate patients instead.

Regenor and his team came up with an intermediary device between the C-PAP and the patient, which boosts the pressure and allows intubation, creating a fully functional ventilator "at a fraction of the cost," he said.

The design work is being completed in Los Angeles by a partner firm called Hummingbird-Aero. A prototype will follow. The production work is being handled by another partner, 3D printing firm Innosek in Tonawanda.

Assembly would be done either in a hospital, using one of the new kits provided by the company, or at a 3D printing facility. According to Rapid Medical Parts, an average 3D printing facility with 25 printers operating on eight build cycles per day could produce 1,000 units per day.

"It’s a fairly complex problem," Regenor said. "We developed this fantastic solution all doing Zoom conferencing, and all in 12 days."

It's not what he had in mind when he began planning a new company months ago, after a three-decade career in the military and a stint at East Aurora-based aerospace company Moog as director of transformation technologies.

In the Air Force, the Erie, Pa., native flew C-17 transports and KC-135 refueling aircraft, becoming a squadron commander. He served on the National Security Council as deputy executive secretary under former Presidents George W. Bush and Barack Obama. Then he was promoted to colonel and group commander, overseeing a large logistics organization with 15 locations in 11 countries on three continents, supporting the wars in Afghanistan and Iraq.

Last fall, he started a new digital supply chain company called VeriTX to use 3D printing and blockchains to produce on-demand parts for aerospace, medical and industrial purposes. The aim was to provide parts for "when something breaks," but without stockpiling it.

The company – which includes his 26-year-old son, Keaton, and partner LeGrand Richard Groves, also a military veteran – was one of 10 companies chosen out of 400 applicants to participate in this year's class at an Air Force innovation accelerator program in Boston, run by TechStars.

That's where they were when Covid-19 struck the United States in force. "When they shut Boston down, we left," Regenor said. "We drove back to Buffalo and started thinking about this."

They realized they had to do something.