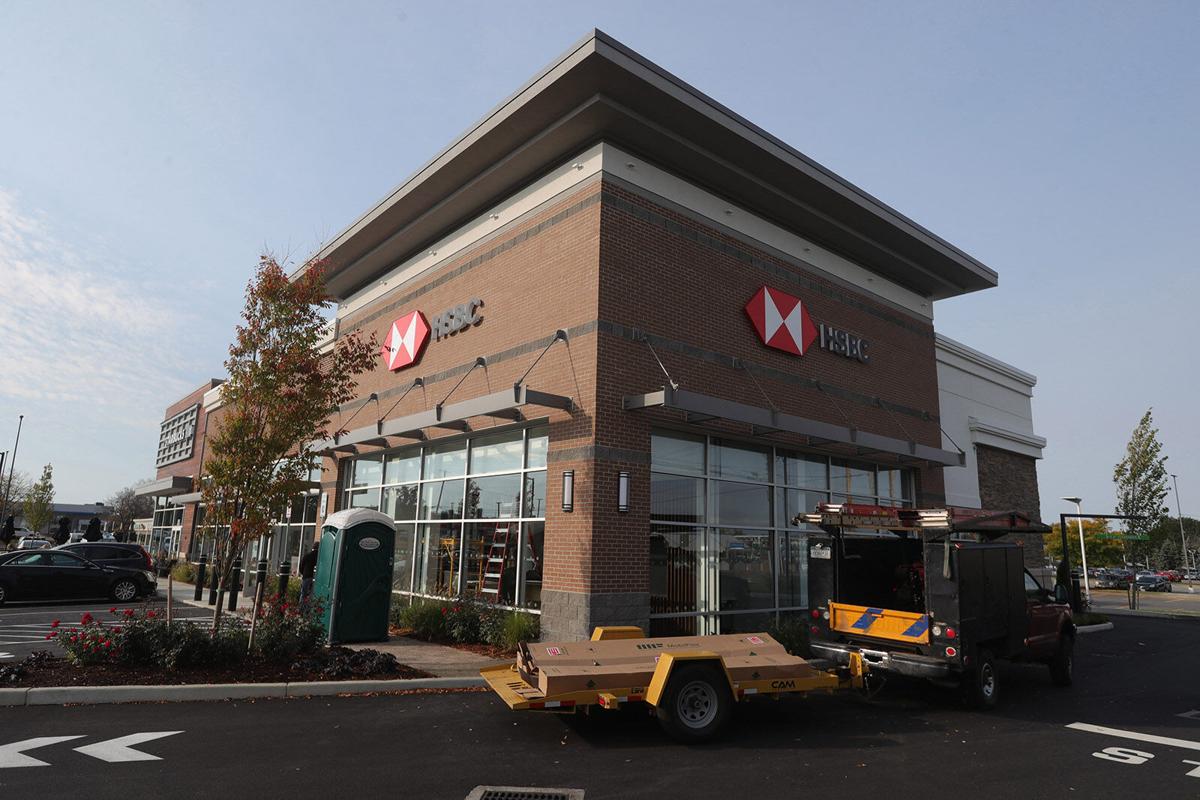 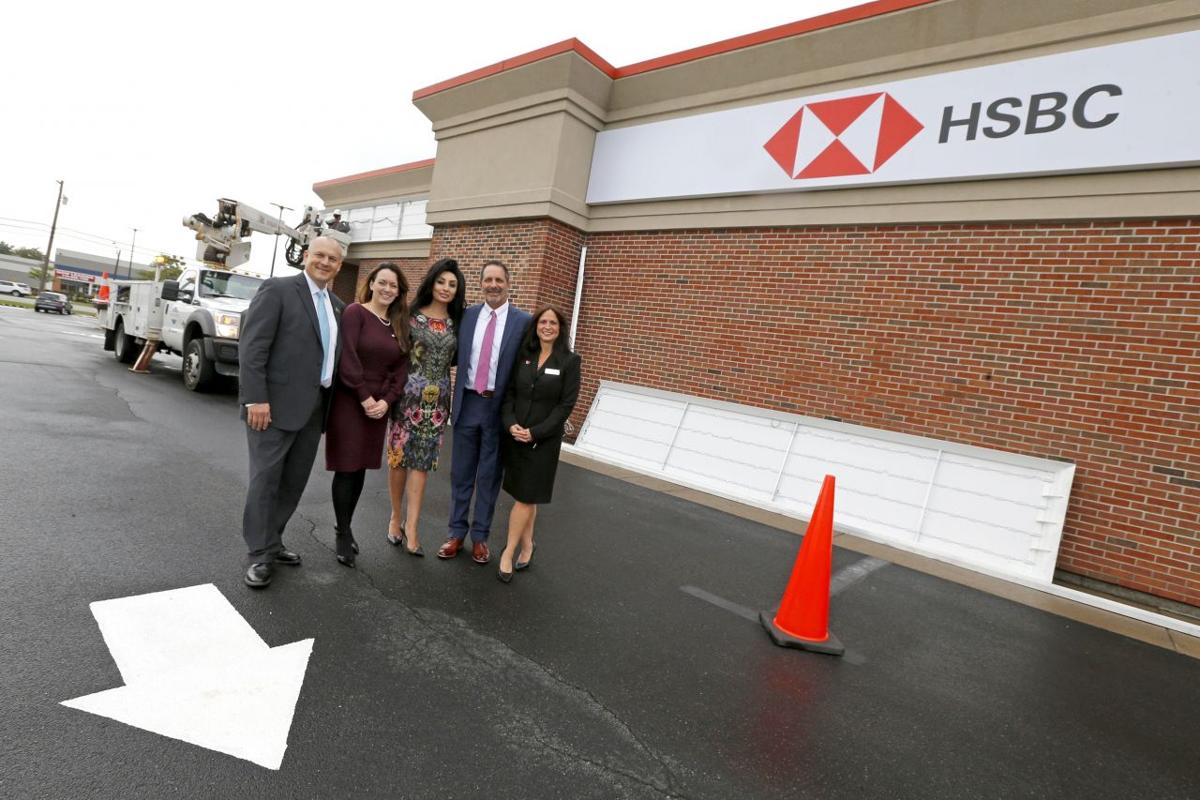 HSBC Holdings Plc is planning to pull out of all retail banking in the United States, continuing its years-long pivot to its Asian roots and refocusing its business toward wealthier and business clients as it retreats from the American consumer.

The British banking giant – whose U.S. predecessor Marine Midland Bank was based in Buffalo – said Tuesday that it is withdrawing from its U.S. consumer banking business, confirming an earlier report by the Reuters news service. The company plans to remain active in U.S. wealth management, investment banking and corporate banking.

Executives of the London-based bank said that they were exploring a sale of HSBC's remaining 150 branches in major cities across the U.S., including in and around New York City, Philadelphia, Washington, Miami, Los Angeles, San Francisco and Seattle.

The franchise also includes two branches in the Buffalo area – one at HSBC's Depew service center at Dick Road and Walden Avenue, and one in Amherst at 8100 Transit Road, at Maple Road – both of which were opened in the last two years.

That is all that remains of HSBC Bank USA's branch network, which numbered more than 470 locations just over a decade ago. It was the dominant bank in Western New York, vying with M&T Bank Corp. for supremacy across the upstate region.

Banks taking a tougher look at branch needs amid pandemic

But after years of expansion in the New York City area and then in other major cities from coast to coast, HSBC announced in May 2011 that its upstate branch business was no longer a core part of its business, and agreed two months later to sell all 195 branches to First Niagara Financial Group for $1 billion. (Buffalo-based First Niagara, which sold some of those branches to other banks, was later acquired by Cleveland-based KeyCorp.)

That sale left HSBC with about 265 branches – 165 in downstate New York and the rest in concentrated pockets of 11 other states.

The latest move follows additional reductions by HSBC to its U.S. branch network, including last year, when it cut its branch count by 30% as part of a larger restructuring and cost-cutting initiative designed to shave $4.5 billion in expenses by 2022.

As part of that strategy, the bank said that it had reduced expenses by $1 billion and riskier assets by $52 billion during the year. It also reduced staff by 11,000 positions, slimmed down its senior management and combined its wealth and personal banking into one division. HSBC also said Tuesday it would sell its 200-branch French consumer bank.

"Last February, I promised we would deliver our plans with pace and conviction," HSBC Group CEO Noel Quinn said. "The plans we are announcing today will build on this work."

Going forward, Quinn said, HSBC will focus on its strengths in cross-border banking, middle-market corporate banking and wealth management, particularly in Asia. The company also said it would invest in technology, will emphasize sustainability as it shifts to become a "net-zero energy" bank, and would stress inclusion and diversity in its ranks.

HSBC said it provided $52 billion in lending support through government programs in response to Covid-19, along with $26 billion in relief for personal customers and $1.9 trillion in loans, debt and equity support for wholesale customers.

"Our people provided amazing support to our customers and the communities we serve around the world," Quinn said. "They delivered repeatedly in the toughest of circumstances."

HSBC also announced reinstatement of a 15-cent-per-share dividend, after suspending it a year ago at the request of the British government when the Covid-19 pandemic hit.

HSBC Bank USA has chosen Amherst for its next Buffalo-area branch. HSBC has filed a notice that it plans to open a branch at 8100 Transit Road, at the Maple-Transit intersection. This would be HSBC’s second Buffalo-area branch, after opening one in Depew last September. HSBC exited branch banking in the Buffalo area in 2012, when it completed a

Interest-rate environment made it difficult for First Niagara to please

HSBC Tower losing its signs, getting a new name

As HSBC Bank USA takes down its trademark logo this week from Buffalo’s tallest skyscraper, the building’s New York City-based owners want to change the name and address of the 38-story landmark to One Seneca

HSBC Bank USA is laying off about 60 workers in downtown Buffalo following a reorganization last week, with some positions transferred to third-party vendors that employees can apply to for jobs. The U.S. subsidiary of London-based HSBC Holdings Plc, which sold its entire upstate New York branch network in May, said the affected jobs are mostly in its mailroom,

Kevin Quinn is in the role of his life. The 48-year-old Buffalo native has just been named as senior vice president of corporate banking for upstate New York for HSBC Bank USA – the bank’s highest-ranking position in the region. While he doesn’t directly oversee every aspect of HSBC’s operations in Buffalo, or all of the 3,000 employees that

HSBC Bank USA has named a Buffalo native as its newest top executive in Western and upstate New York, as it refocuses locally following the sale of its branches, retail banking and small-business lending divisions. The U.S. subsidiary of HSBC Holdings Plc of London said it has appointed Kevin Quinn as senior vice president and head of corporate banking

HSBC Holdings PLC said pretax profits for the fourth quarter fell by 26 percent amid lower revenues and higher expenses, despite a decrease in losses from bad debts, as the British banking giant moved ahead with its massive global restructuring. Meanwhile, more than 4,000 employees in Western New York continue to wonder about their own futures, as the region

HSBC Holdings Plc, which is pulling out of retail banking in Buffalo and upstate New York, on Friday promoted HSBC Bank USA president and CEO Irene Dorner to head of all U.S. operations. Dorner, who is also a group general manager for the London-based banking giant, will become president and CEO of HSBC USA, which will now include not

Just 10 days after agreeing to sell its upstate New York branches, HSBC Holdings Plc agreed Wednesday to unload the bulk of its U.S. credit card business, selling $29.6 billion in loans to Capital One Financial Corp. for about $2.6 billion. About 140 people in Buffalo are affected and are being offered jobs at Capital One. It’s not clear

Half of HSBC branches could be closed; First Niagara hopes to decide the fate of some local offices within 6 to 8 weeks

First Niagara Financial Group said Monday it expects to close, consolidate or sell as many as half of the 195 branches it has agreed to acquire from HSBC Bank USA, as a result of government-imposed divestitures, voluntary sales and overlap. One day after announcing it would pay $1 billion to acquire all of HSBC’s branches in upstate New York

Capping a historic and meteoric rise over the last 10 years, First Niagara Financial Group agreed Sunday to buy 195 branches of HSBC Bank USA across upstate New York and Connecticut, possibly becoming the No. 1 bank in Western New York and adding thousands of employees and customers. Buffalo-based First Niagara, currently the No. 3 bank in the region,