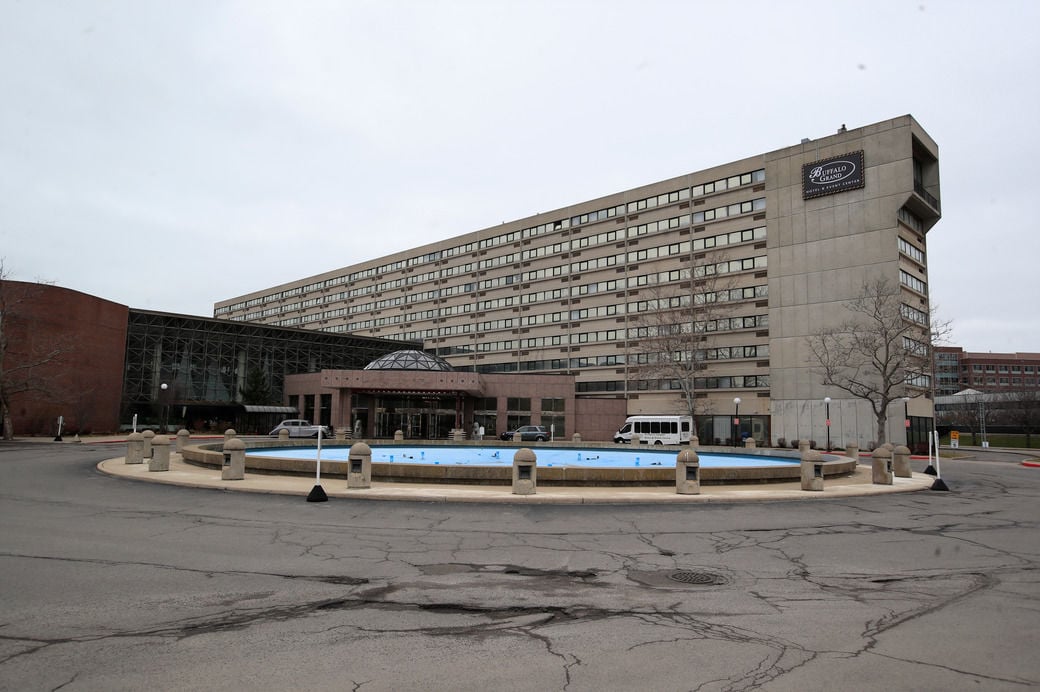 Plans have changed for the Buffalo Grand Hotel. 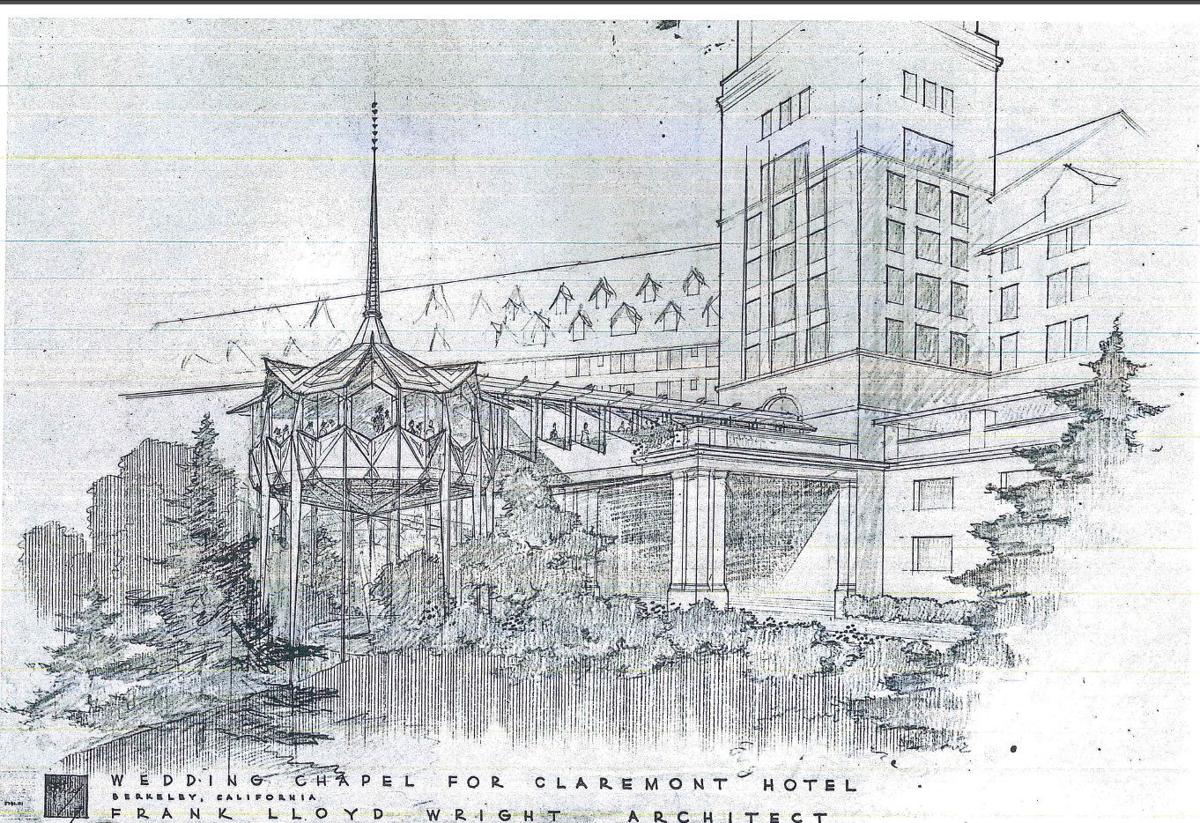 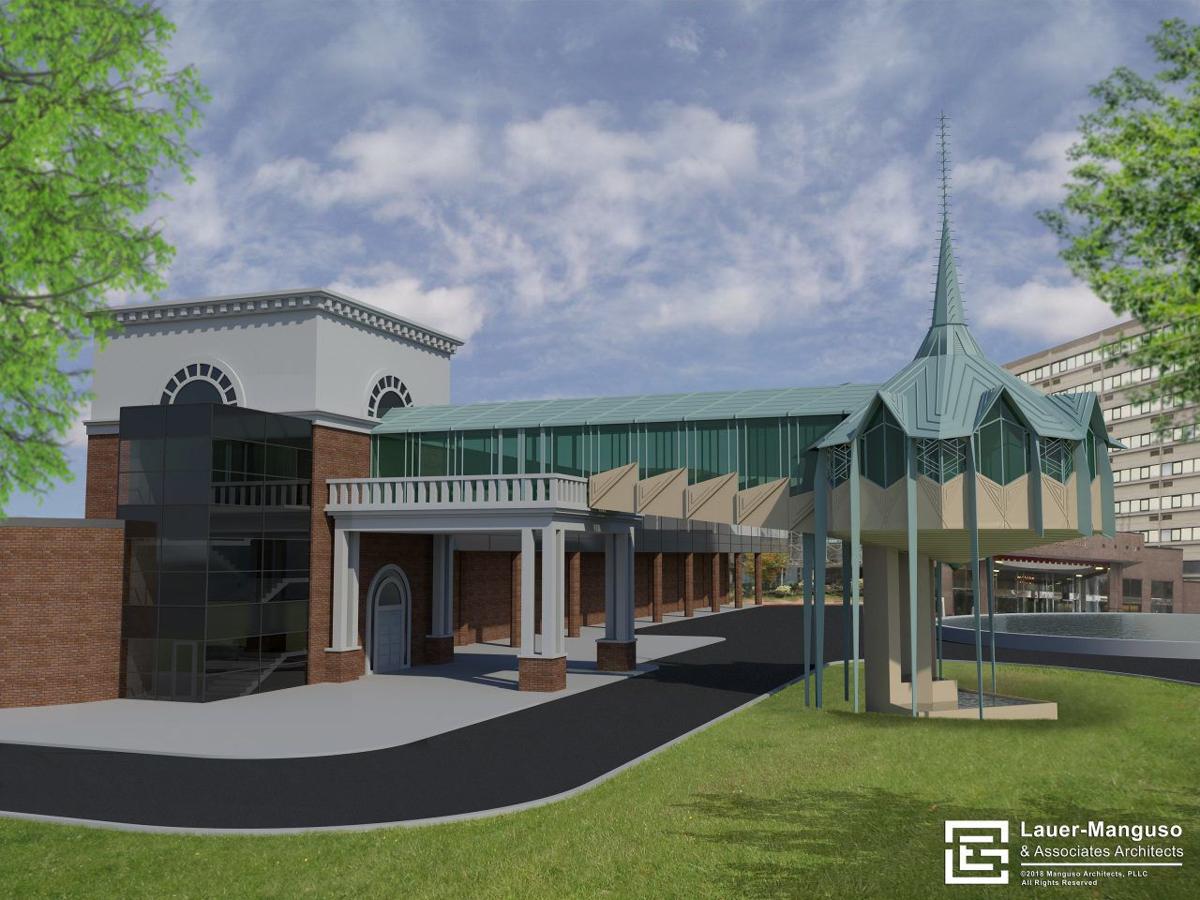 A rendering of the proposed Frank Lloyd Wright-designed chapel, incorporated into the Buffalo Grand Hotel. (Image courtesy of Harry Stinson)

Canadian developer Harry Stinson is proposing to construct a $150 million condominium tower adjacent to the Buffalo Grand Hotel in downtown Buffalo, in the latest big change to his redevelopment plans for the former Adams Mark Hotel property.

Stinson – back in Buffalo for the first time since February 2020 – says he's abandoning his prior plan to convert half of the mammoth Church Street hotel into condominiums, after concluding that the work and regulatory approvals that would be required didn't make sense.

Revamping and reopening the hotel has proven challenging, and he needs to get it back up to regular operations, without distraction.

But he still wants to bring new housing to the site.

So instead, the developer from Hamilton – who has yet to accomplish any of his big plans locally despite several attempts – is now looking to bring a Toronto-style project to Western New York, where condominiums have not been as popular.

The developer previously tried projects at the Hotel Niagara in Niagara Falls and the Central Terminal in Buffalo, but was unable to make those projects work.

"I’m coming from an environment where condos are the most easily financed thing," Stinson said. "Down here, the market's not flooded at all. The Buffalo condominium market is relatively undeveloped."

Stinson is proposing to erect the 250-foot-tall building on an L-shaped outdoor parking lot that wraps around the back of the hotel, at the corner of Lower Terrace and Charles Street. Depending on the exact height of the floors, that could allow for 20 to 25 stories.

The precise mix of units would determine the total number of apartments, but he said he anticipates smaller studio apartments on lower floors, with larger units higher up. The new building could also still include a hotel component as well.

The developer hesitated to put a price on the entire venture, but anticipated that it could run as high as $200 million for everything.

"We want this to be unique in terms of its features and design of its units," Stinson said. "Downtown’s coming alive and people are starting to take it more seriously, but there’s not a lot of product for them to choose from."

The project would have to be approved not only by the city but also by the state Attorney General's Office, which must review condo projects before the units can be marketed for sale. Attorneys from Phillips Lytle LLP are now working on drafting the paperwork, and Stinson has also hired Lauer-Manguso Associates to design the project. He said he doesn't expect to be able to begin construction until summer 2022.

Stinson bought the 40-year-old former Adam's Mark in summer 2018, with ambitions to spend as much as $40 million on renovations. His stated goal was to revive the neglected hotel, with a renewed focus on conventions, events and hospitality, and he planned to expand it with a new 300-seat comedy club and a new wedding chapel inspired by a Frank Lloyd Wright design.

But he's since lowered his expectations, concluding that he was aiming too high. With 486 guest rooms, 72,000 square feet of meeting space and a 600-seat restaurant, it's by far the largest in the city, and it was hit hard by the pandemic, which delayed Stinson's plans.

So Stinson decided a year ago to convert about half of the hotel's rooms into about 200 small studio or one-bedroom apartments on the upper floors, leaving the hotel operation on the lower three levels. That turned out to be more complicated than he expected, however, because of the approvals required for converting an existing building to condos.

"This hotel is just proving extremely difficult to reprogram the existing building," he said. "When you’ve got an old building, the documentation is more extensive than with a new building. The paranoia over old buildings is pretty extreme."

So it was easier to start fresh.

In the meantime, Stinson is refocusing on the hotel, which he hasn't been able to visit for nearly 18 months because of the Covid-19 pandemic and the border closure. He said he feels "like a chicken with my head cut off, trying to catch up on a year of neglect."

He's "essentially starting from scratch," hiring new senior staff and management and "getting things back together" after the pandemic. And he's getting back to his original plan of renovating the hotel rooms over the next 60 days – mostly with cosmetic changes like new carpeting – and "bringing it up to a modern, fresher feel."

Crews have made "some rather radical changes" to the hotel's banquet and event space. Workers tore down the nonstructural perimeter walls that had separated the main banquet room from tennis and squash courts and a running track, opening up the entire space into one giant ballroom that can now seat 4,390 people.

That's four times the previous size, and much larger than any other space in Buffalo aside from the Buffalo Niagara Convention Center.

"We need to differentiate ourselves in the marketplace," he said. "Buffalo has an abundant supply of mid-sized rooms. There's an awful lot of event spaces in Buffalo. If you have something that is four times the size, there really is nobody else in that picture."

Developer plans to convert half of Buffalo Grand to apartments

The Buffalo Grand Hotel is planning to reopen to guests on July 1, possibly sooner, but its owner is also planning to convert half of the hotel’s rooms into small studio apartments. Canadian investor Harry Stinson has decided that it’s simply too big for the market in its current form. Having it shut down for the last two months

Buffalo Grand shuts down, Ellicott lays off staff as hospitality industry gets hammered

The Buffalo Grand Hotel became the biggest victim of the coronavirus outbreak’s crippling impact on the travel industry, with Canadian owner Harry Stinson temporarily closing the city’s largest hotel rather than absorb big losses by continuing to operate it with little business. At the same time, Ellicott Development said it has laid off 220 workers at its hotels and

Harry Stinson has lowered his sights on his Buffalo Grand Hotel, though he’s still keen on the project. The Canadian developer – who bought the former Adam’s Mark Hotel a year ago – still wants his $30 million transformation to raise the bar on the quality and service of the city’s largest hotel. But after spending the past year

Nearly four years after it received approval the first time for a new industrial warehouse that never got built, Ellicott Development Co. is bringing back its Dingens Street proposal for the city’s consideration – with a few changes. The Buffalo-based developer wants to put up a 90,207-square-foot, single-story warehouse at 246 Dingens, at the corner of James E. Casey

Buffalo Grand Hotel, meet Frank Lloyd Wright and the Jetsons. An elevated wedding chapel that more closely resembles a futuristic spacecraft from the cartoon show than a traditional church could be coming to downtown Buffalo, if Harry Stinson gets his way. The new owner of the former Adam’s Mark Hotel is proposing to erect the chapel – one of

Canadian developer Harry Stinson is learning just how difficult it is to reverse decades of decline at a giant aging hotel. The new owner of the former Adam’s Mark Hotel in downtown Buffalo is spending tens of millions of dollars on a major renovation of the 40-year-old concrete edifice at 120 Church St. He’s redone the lobby and reopened a

Toronto developers tackling Buffalo landmark: 'You don’t get many cities like this'

Canadian real estate investor and developer Harry Stinson has completed his long-awaited purchase of the Adam’s Mark Hotel in downtown Buffalo, saying he paid $17 million for the Church Street structure. Nearly a year after signing a purchase contract –and more than nine months later than anticipated – Stinson, through Buffalo Grand Hotel Inc., acquired the 484-room hotel at

Plans have changed for the Buffalo Grand Hotel.

A rendering of the proposed Frank Lloyd Wright-designed chapel, incorporated into the Buffalo Grand Hotel. (Image courtesy of Harry Stinson)