George Root III had been a devoted fan of the "Godzilla" movies since he was a child. (Courtesy of Warner Bros. Pictures) 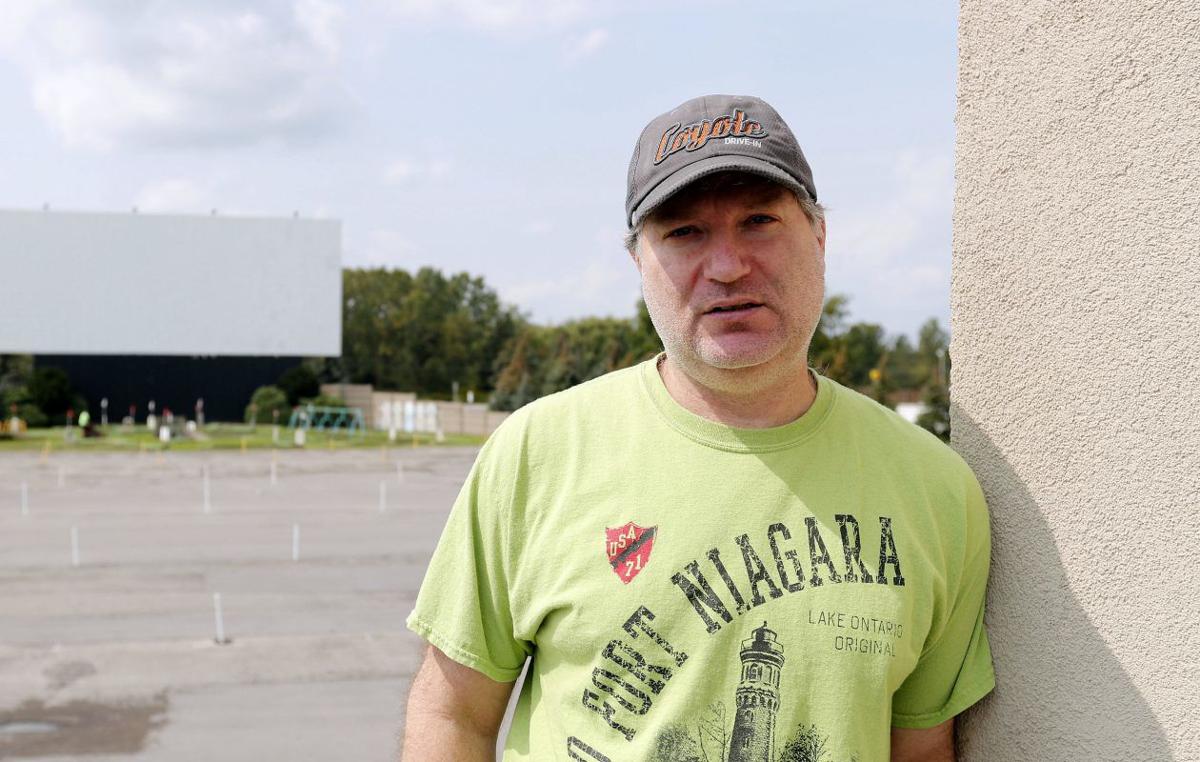 George Root III lifted the oxygen mask from his face in the intensive care unit at Roswell Park Comprehensive Cancer Center on Tuesday and whispered three words: “King of Monsters.”

He meant the long-awaited “Godzilla: King of the Monsters,” set to hit theaters in May.

His wish to see the blockbuster film before he died set off a flurry of activity among Godzilla fans this week who had hoped to arrange a special screening from his hospital bed ahead of its theater release.

Root, a devoted Godzilla fan since childhood, didn’t make it.

“It is with a profound sadness that I let you know George N. Root III passed away this morning,” his wife, Amy Gardner-Root, wrote on Facebook on Thursday.

But his final request reached Godzilla fans around the country, including the film’s director, Mike Dougherty, with a twitter hashtag “GodzillaforGeorge.” Now, fans have turned their pitch into a request to add his name to the credits.

Friend and Transit Drive-In owner Rick Cohen said the last-ditch effort by fans from around the country would have warmed his heart.

“The family was very touched by the outpouring of kindness and support,” Cohen said. “If George had been more alert, he’d have been thrilled.”

Root, a Lockport resident and former newspaper reporter, was diagnosed with renal cell carcinoma in December 2015. As his prognosis got worse, he had hoped to hang on until the movie’s original release date, scheduled for June last year. Delays pushed the release back to May.

He had been a devoted Godzilla fan since childhood.

“He was hoping he could hold on for just a couple more months,” said Cohen. “He really wanted to see it before his time is up.”

Cohen had been trying to arrange a private advance screening of the film and hoped to use his drive-in connections to reach the film’s backers. Cohen and Root met 20 years ago through Root’s affection for the drive-in. Root was president of the Western New York Drive-In Movie Society.

“There’s only one thing George loves more than the drive-in, and that’s Godzilla,” Cohen said earlier in the week.

“From one Godzilla fan to another, you fought a great battle and I want you to know that all of us were there to wish for your dream to come true,” Yoko Higuchi, a New York City-based Godzilla fan and filmmaker. The message was retweeted by Dougherty.

By Thursday afternoon, fans who had learned of Root’s death had turned their small social media campaign into a quest to add his name to the film’s credits before it is released in May.

Had Cohen succeeded, it wouldn’t have been the first time a studio bigwig made a benevolent exception to their release schedule. In 2015, a terminally ill Texas man was allowed to see “Star Wars: The Force Awakens” after friends and fans started a viral social media campaign to grant his dying wish. “Star Wars” stars Mark Hamill, who played Luke Skywalker, and Peter Mayhew, who played Chewbacca, lent their support. A screening was also later arranged for the dying fan of the movie “Avengers: Endgame.”

Root asked for a memorial service to be held at the Transit Drive-In. The family will decide whether it will be a public event.

“George will always be a part of the drive-in, and we will be honoring his memory in accordance with the wishes of his family at the appropriate time,” Cohen said.

Root was a former columnist for the Lockport Union-Sun & Journal and a musician with the Pink Floyd tribute band the Floyd Concept. He is survived by his wife, a son and two grandchildren.

Following are real estate transactions over $5,000 as listed in records of the Erie County clerk’s office for the week ending Feb. 19.

President Mark Bullock, who took over the business from his uncle Howard Scott in 1978, will retire.

Discount Diva: Heading back to the office? It's going to cost you

If you didn't notice the trickle of dollars building up in your account while you worked from home, you'll certainly notice it leaving when you begin paying for gas, lunch and dry cleaning again.

George Root III had been a devoted fan of the "Godzilla" movies since he was a child. (Courtesy of Warner Bros. Pictures)