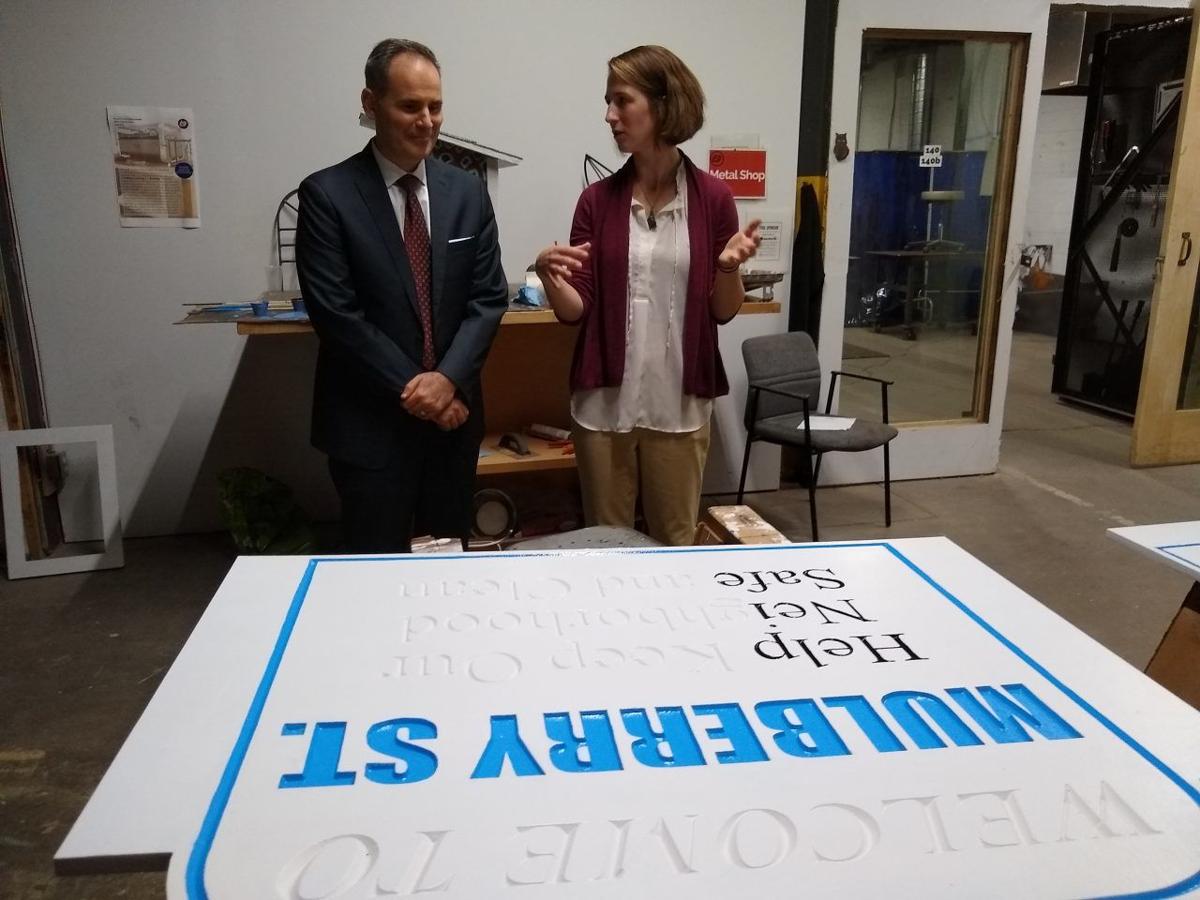 Chris Pilkerton, left, acting administrator of the SBA and Megan McNally, executive director of the Foundry, look over a sign being made at the incubator. (Matt Glynn/Buffalo News) 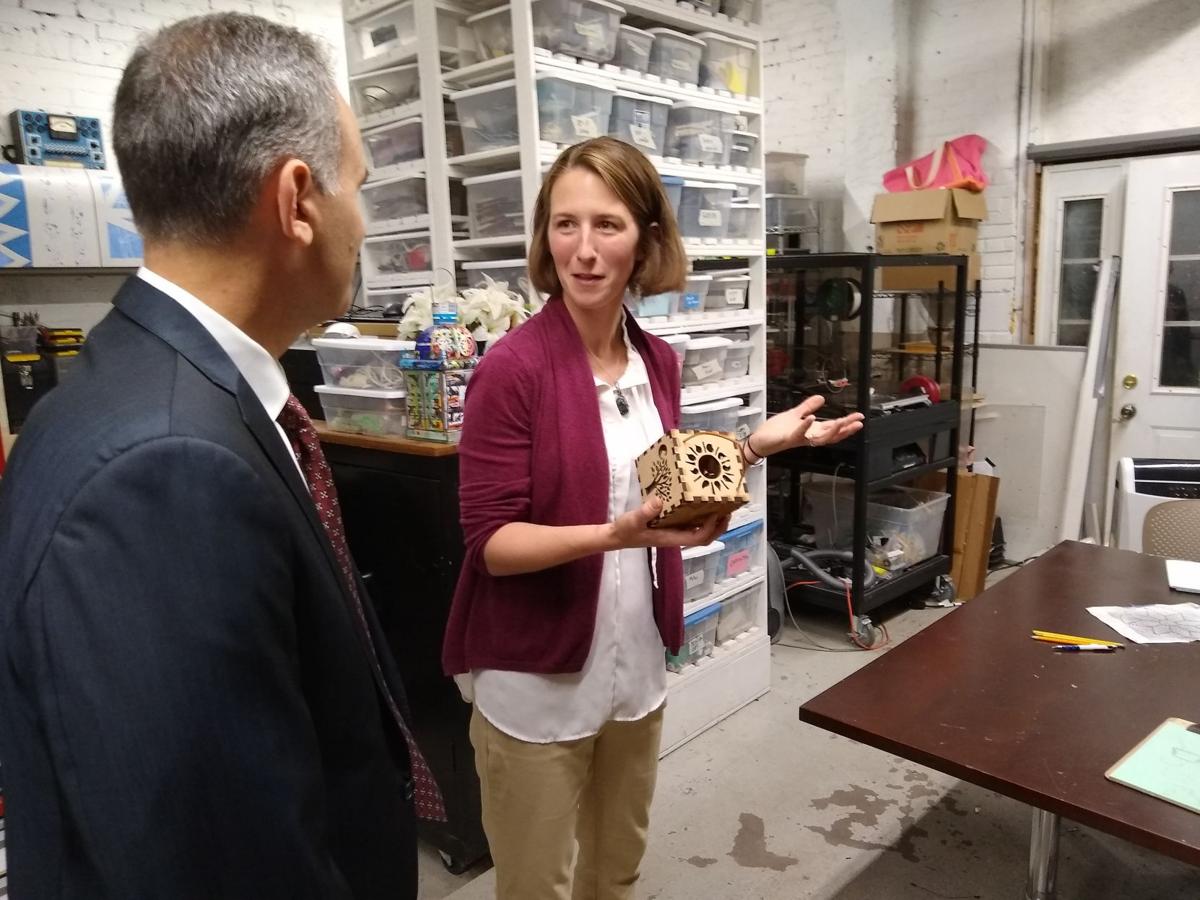 The Foundry, a business incubator on Northampton Street, has attracted national attention – as well as some funding.

The Foundry was awarded $100,000 by the Small Business Administration, to support the incubator's work training young people for jobs with manufacturers. The SBA's acting administrator, Chris Pilkerton, visited the Foundry this week, meeting small business owners who populate the former commercial laundry and learning their stories.

The SBA awarded a total of $1 million to 12 recipients around the country as part of its inaugural Makerspace Training, Collaboration and Hiring competition, or MaTCH for short.

"We're a really small organization and this is a really large portion of the budget," said Megan McNally, executive director of the Foundry, which opened in 2013 on the East Side.

The Foundry has four "makerspaces": a metal shop, a tech lab, a textile lab and a woodshop. The equipment in those rooms are resources for the incubator's tenants.

The Foundry also helps connect a program called YouthBuild, with area manufacturers who are looking for trained workers to hire. The incubator also is home to a variety of small businesses, some of which have grown to the point where they "graduate" and move out into their own space.

Pilkerton praised makerspaces like those inside the Foundry for promoting small business growth.

"A big part of what they do is support entrepreneurs, they identify talent to help support those small businesses as they grow, and they engage the community in a lot of interesting ways," he said.

The goal of the SBA's MaTCH competition was to help address the "skills gap," between people who need jobs and employers that need trained workers. The funding will allow the recipients to create or expand programs offering that type of training.

Todd Timmons Jr. credits the YouthBuild program with giving his life new direction, and said the SBA award to the Foundry will help more people like him follow that path.

"I came in like in a shell and really quiet, and now I'm out speaking out for other people like me around the country, as an ambassador for our program," said Timmons, who is now with AmeriCorps and won a national award from that organization last year.

Timmons said the SBA funding will provide a boost to YouthBuild and the people it serves.

"This is like our home away from home," he said. "You don't have to travel too far. It's all here."

Timmons said his family and friends are proud of what he's accomplished through YouthBuild, but he said his focus is on "giving back."

"I was once that young kid going around, causing trouble and doing things I wasn't supposed to," he said. "So to be able to give back and rebuild the community, is a real good feeling. "

PennyWise: When and how will travel recover?

PennyWise: When and how will travel recover?

Get ready for ‘supercharged’ economy after pandemic

Get ready for ‘supercharged’ economy after pandemic

"I hate to just default to apartment conversions," Greenleaf Development's James Swiezy said. "I think we need to try to be creative."

"What we’ve just done is created the leading commercially focused bank in the Northeast, one that focuses on small towns and mid-tier cities, and does that extremely well," said M&T Chairman and CEO Rene Jones.

Chris Pilkerton, left, acting administrator of the SBA and Megan McNally, executive director of the Foundry, look over a sign being made at the incubator. (Matt Glynn/Buffalo News)