A federal complaint filed against Starbucks accuses the company of employee surveillance, intimidation and other illegal workplace behavior toward employees of its Buffalo-area stores.

The complaint calls for Starbucks to reinstate six fired employees and compensate them for lost pay.

"Starbucks does not agree that the claims have merit, and the complaint’s issuance does not constitute a finding by the NLRB," the company said. "It is the beginning of a litigation process that permits both sides to be heard and to present evidence."

Union campaigns have sprung up at Starbucks stores around the country. But the Buffalo area, where the organizing began, has been a focal point of Starbucks officials' attention. Among the accusations in the complaint:

• Some Starbucks officials promised employees enhanced benefits and improved terms and conditions of employment "if they refrained from union organizational activity." At the Williamsville Place store, a Starbucks official reportedly promised workers extensive store renovations and conversion to a drive-thru and mobile ordering store if they refrained from union activity.

The one-day strike was the latest clash between Starbucks Workers United and the Seattle-based coffee chain over an organizing movement that began in Buffalo and has spread to locations across the country.

• The company since last September "has been creating the impression" among employees that their activities were under surveillance by their employer. The reported surveillance includes stationing support managers at Buffalo-area stores and having high-ranking officials of the company – including Rossann Williams, the company's North American president – "make unprecedented and repeated visits to each store."

Employees at some stores have complained about having their conversations on headsets monitored, being "interrogated" about wearing a union pin and being restricted from posting union literature, the complaint said.

• Starbucks has enforced workplace rules "selectively and disparately by applying it more strictly against employees who formed, joined, or assisted the union."

• The company temporarily closed stores early to hold "anti-union meetings" – reducing workers' compensation on those days – and took away responsibility for hiring from store managers, giving those duties to "dedicated recruiters."

• Starbucks retaliated against individual employees by refusing to allow those employees to train new workers; denying or delaying requests for employees to transfer to other stores; "randomizing" employees' work shifts; and firing some employees.

A disputed union election at a Starbucks store at at Walden Avenue and Anderson Road is now tied 10-10, after an objection was filed after Starbucks Workers United won a previous vote count 8-7.

• The company has held "mandatory or effectively mandatory captive-audience meetings" to discourage union activity, during which company representatives warned employees they would lose benefits or be denied new benefits if they joined a union.

Starbucks Workers United said the complaint backs up accusations that workers have been making for months.

"Starbucks will be held accountable for the union-busting minefield they forced workers to walk through in fighting for their right to organize," the union said. "This complaint fully unmasks Starbucks’ facade as a ‘progressive company’ and exposes the truth of (interim CEO) Howard Schultz’s anti-union war."

The complaint directs Starbucks to respond by May 20. A hearing before an administrative law judge of the NLRB is scheduled for July 11.

“The NLRB choosing to pursue a bargaining order at Camp Road is nothing short of exceptional. The partners at this location have been subjected to some of the most aggressive union-busting seen in recent years,” said Gianna Reeve, a shift supervisor at the store. “This is the first step for partners at my store to finally receive justice for what they have gone through.”

As of Monday afternoon's count by the National Labor Relations Board, workers at the Amherst cafe have voted 6-3 in favor of unionizing. Ten other ballots are being challenged, but union supporters predicted they will come out on top, despite "continued union-busting" efforts by the Seattle-based company.

A National Labor Relations Board official directed a revote for workers at 1775 Walden Ave., near the Walden Galleria. The NLRB plans to count the ballots July 15.

The court filing comes amid ongoing efforts by Starbucks Workers United to organize workers at Starbucks stores around the country, and opposition by the Seattle-based corporation.

Thursday's vote count by the National Labor Relations Board brings to six the number of Buffalo-area Starbucks stores where workers have voted to be represented by Starbucks Workers United. 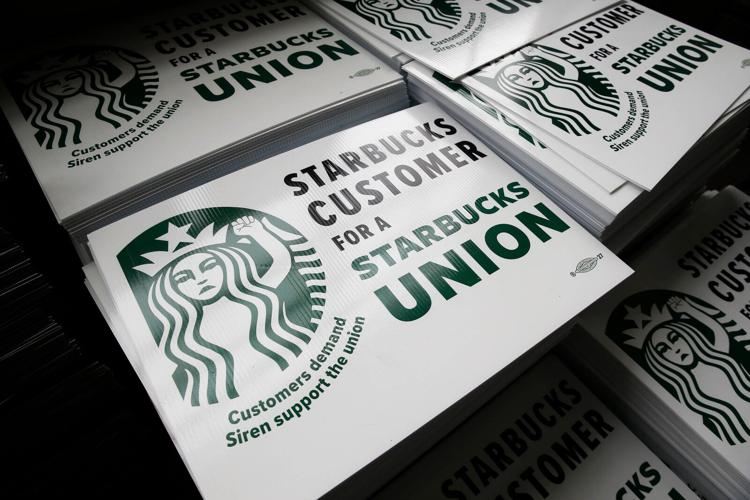 An NLRB official has filed a complaint against Starbucks. (News file photo) 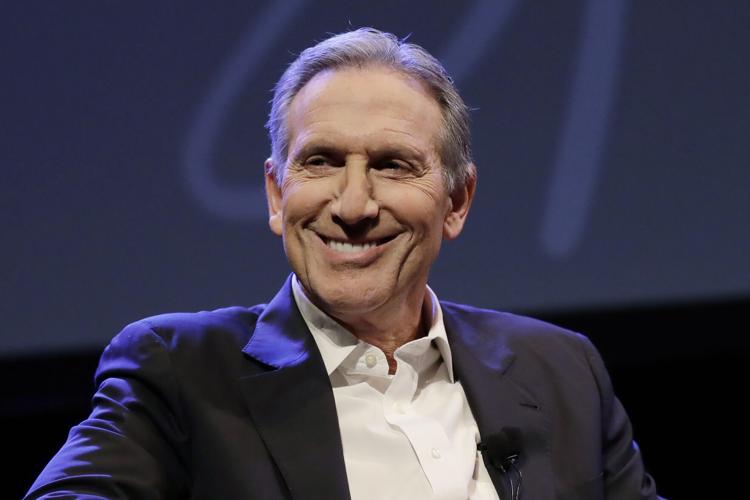 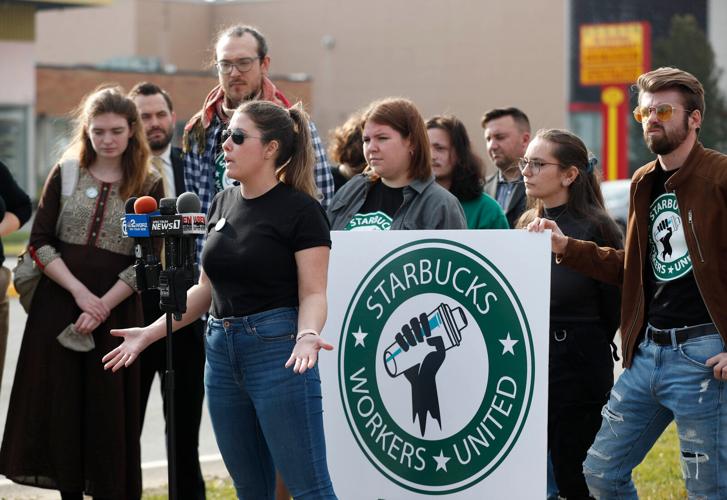