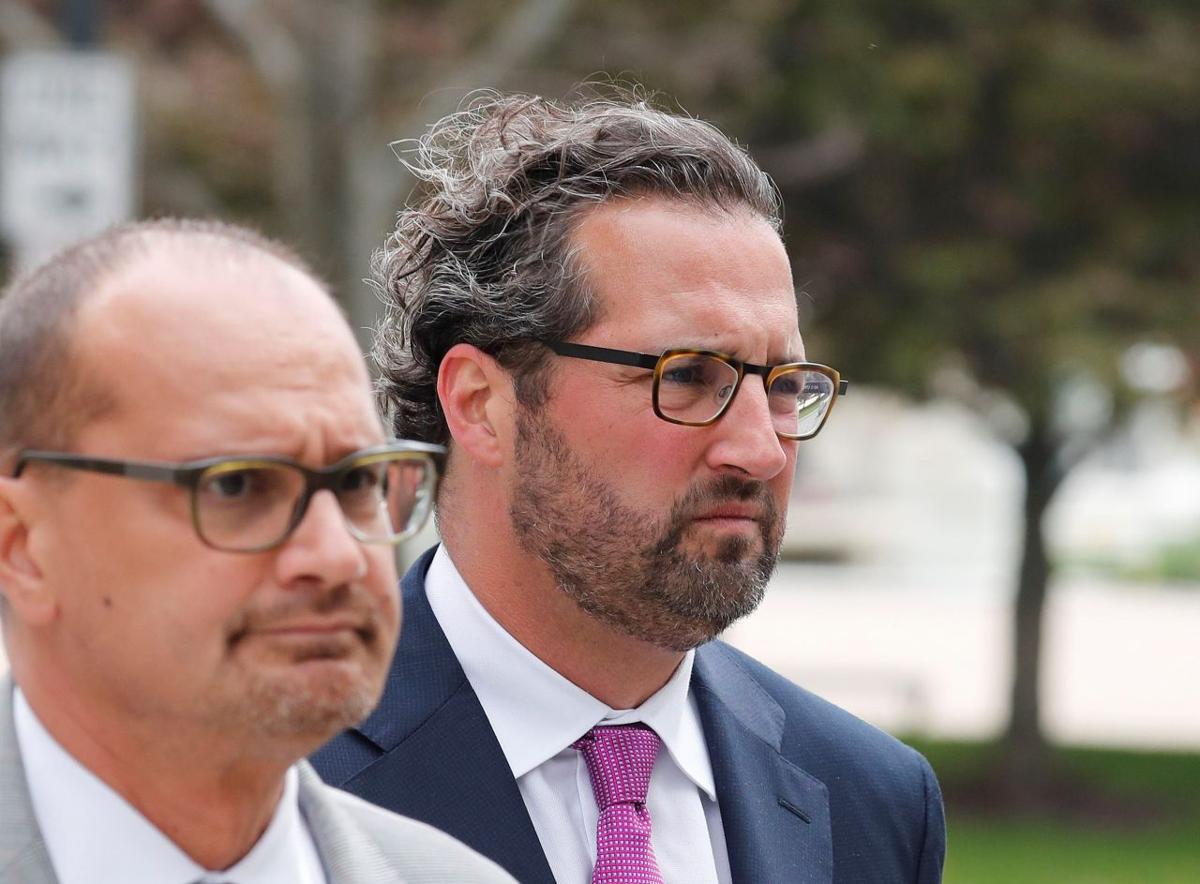 Frank Giacobbe, right, enters federal court with his attorney for his arraignment in Buffalo on May 23, 2018. (Mark Mulville/News file photo) 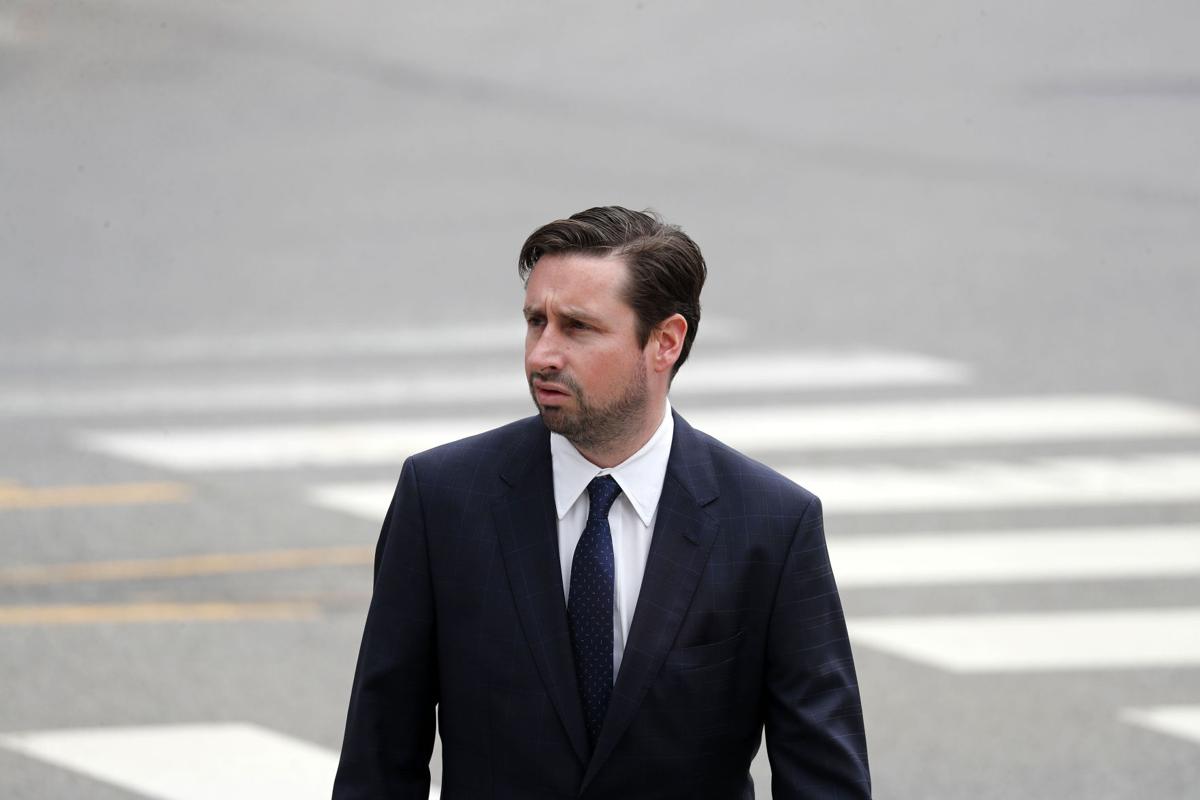 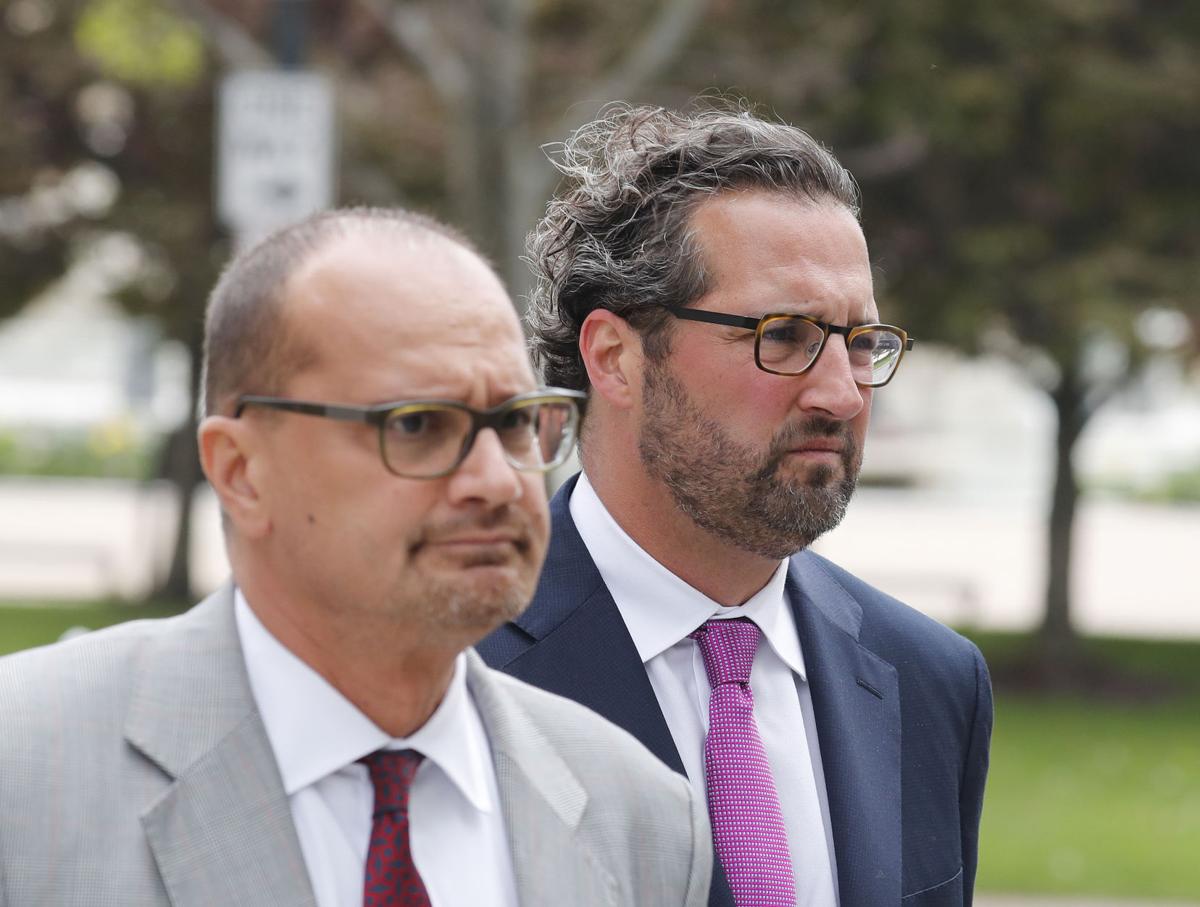 Frank Giacobbe, right, enters federal court with his attorney for his arraignment in Buffalo on Wednesday, May 23, 2018. (Mark Mulville/Buffalo News)

Staged apartments. Fake loans and leases. And a woman who pretended she was a tenant but couldn't let inspectors into a bedroom because her boyfriend was "sleeping" there.

They illustrate how the government alleges the four participants deliberately defrauded major financial institutions. And they raise questions – alluded to in previous court documents – about just how widespread the practices were used throughout the Morgan family's real estate empire in 14 states.

The indictment, which cites a trove of emails, accused the four men of tricking banks into lending far more on seven apartment properties in New York and Pennsylvania than the properties were actually worth, and then scheming to keep the lenders in the dark about the truth. And it charged that they took cash out from the loans for their own purposes, although it only lists specific dollar details for Giacobbe, totaling over $1.6 million.

"The behavior of Kevin Morgan, Todd Morgan, Frank Giacobbe and Patrick Ogiony was an attempt to subvert the integrity needed in the financial industry," said Gary A. Loeffert, special agent in charge of the FBI's Buffalo field office, at a news conference Wednesday in Buffalo.

Giacobbe owns Aurora Capital Advisors LLC, a Buffalo-based mortgage broker, while Ogiony works for him as a managing director of the firm. Kevin Morgan is vice president of Morgan Communities and Morgan Management. Todd Morgan is a project manager for the company.

Giacobbe and Ogiony were arraigned Wednesday afternoon in Buffalo federal court, where they both pleaded not guilty before U.S. Magistrate H. Kenneth Schroeder. Both were released on $100,000 bail.

"We pleaded not guilty and we stand by that plea," said Joseph LaTona, defense attorney for Ogiony. Attorney Herbert L. Greenman, who represents Giacobbe, said they look forward to addressing the charges in court.

Morgan Management and Morgan Communities are not accused of wrongdoing, and CEO Robert Morgan – father of Todd and uncle of Kevin – was not charged in the indictment.

Robert Morgan, in a statement, said Wednesday that Kevin and Todd Morgan had been suspended without pay from Morgan Communities and that the company "continues to cooperate with a federal investigation related to federally backed loans placed to several developers through a specific mortgage broker."

"We have been and continue to be current on all loan obligations," Robert Morgan said.

The indictment follows a multi-year investigation by the FBI, the Federal Housing Finance Agency, and the U.S. Attorney's Office, and come just over a week after the FBI raided Morgan's Pittsford offices and carted away numerous boxes. The FBI separately obtained a search warrant for Kevin and Todd Morgan's email accounts.

The federal investigation was first reported by The Buffalo News in late September, after a nine-month investigation by the newspaper that found Morgan's companies appeared to have borrowed more than they had paid for numerous properties in the Buffalo area. The loans easily exceeded the 80 percent loan-to-value threshold that lenders generally stick to in order to manage their risk.

Here's how it worked

The government accused the four men of developing an elaborate conspiracy to deceive banks into providing $167.59 million in loans on seven apartment properties in New York and Pennsylvania.

The indictment laid out the details of that scheme, in which the defendants allegedly falsified rent rolls, income statements and purchase contracts to inflate the value of properties. That allowed them to get significantly higher mortgage amounts than they would have received had the lenders received accurate information.

They also used deceptive tactics to mislead inspectors, appraisers, lenders and servicers from knowing the truth, including by staging apartments and manipulating leases to make them look occupied when they weren't, according to the indictment.

In one case in Pennsylvania, prosecutors said they staged the interior of an empty unit so it looked occupied, turned radios on in other apartments, and placed mats and shoes outside their doors to mislead inspectors. They even hired a woman who pretended to be living in one apartment, with her boyfriend supposedly sleeping in the bedroom, according to the indictment and an affidavit filed with the court earlier this month.

In another Pennsylvania complex, they inflated the number of storage units, parking spaces and storage income to justify higher revenue figures, with Kevin Morgan crediting the increased revenues to "magic," court documents allege.

The Morgan Ellicott Apartments is a complex at 221 and 291 William St. in Buffalo that Morgan owns with Brett Fitzpatrick of Somerset Companies. According to the indictment, in March 2011, Giacobbe conspired with others to submit a fake purchase contract to Evans Bank for $5 million, when the actual purchase price for the complex was $3.1 million. Based on the false documentation, Evans extended a $4.5 million loan.

Two years later, Giacobbe then presented a false $3.5 million loan document to UBS, prodding that lender to refinance the property at $8.5 million, according to the indictment.

Amherst Gardens is a townhome apartment complex on East Amherst Street that Fitzpatrick and Aaron Siegel bought in June 2014 for $8.57 million. Morgan is not involved in this deal.

The new owners obtained a $7.868 million loan from Arbor but then Giacobbe and Ogiony created false rent rolls and income statements a year later to refinance the property, according to the indictment. Using the fake information, real estate brokerage firm Colliers International appraised the property at $14.7 million, enabling Arbor to loan $11 million, the indictment said.

Giacobbe received a $110,000 payment from the $11 million loan, the government asserted.

The Buffalo News previously reported about a Syracuse apartment complex called Rugby Square, which Morgan and Fitzpatrick purchased through a limited liability company in a distress sale in February 2012. They borrowed $5.56 million from M&T to finance the deal, based on an appraised value of $7.52 million.

Later that same year, Giacobbe emailed "false and inflated income documents" to Colliers and Berkadia to refinance the project, according to the indictment. Colliers appraised the property at $13 million, and Berkadia issued a $9 million loan that was purchased by Freddie Mac.

Four other properties were cited in allegations detailed in the indictment:

The indictment represents a major blow to Robert Morgan and his companies, which have built up a national real estate empire with more than 36,000 units spread across 14 states, mostly east of the Mississippi. The companies have also become a major player in Western New York, owning or managing 3,500 Buffalo-area apartments, while talking about building more than 1,000 more locally.

Morgan's companies in recent years have expanded in other projects in the Buffalo area. Morgan is working with Buffalo developer TM Montante Development on a $150 million conversion of the former Millard Fillmore Gates Circle Hospital campus into a new mixed-use community with more than 500 residential units.

Morgan has also teamed up with other Buffalo developers, including Matthew Cherry of Glendale Development, Fitzpatrick and Anthony Cutaia of Rane Property Management. And he is also a development partner in Rochester projects with Thomas Masaschi of DHD Ventures, which owns the Monarch 716 student-housing complex on Forest Avenue near Buffalo State College.

The Hatch remains closed after its former operator, William and Molly Koessler, did not renew their contract to operate the restaurant, and the high-end William K's eatery next door, at the end of 2019.

From KFC to Taco Bell on Elmwood Avenue

An unfinished KFC restaurant on Elmwood Avenue will become a Taco Bell instead, as soon as the city issues a permit to restart work on the stalled project.

Premier Gourmet will open a second location next month

The new store will open at Walden Galleria on the first floor in the lower concourse next to the Apple store.

Frank Giacobbe, right, enters federal court with his attorney for his arraignment in Buffalo on May 23, 2018. (Mark Mulville/News file photo)

Frank Giacobbe, right, enters federal court with his attorney for his arraignment in Buffalo on Wednesday, May 23, 2018. (Mark Mulville/Buffalo News)