The county has completed the purchase of the first 32 acres on the north side of the creek, just below the new Dona Street Extension through the heart of the former industrial site. The remaining 48 acres is under contract with Tecumseh Redevelopment, but the Erie County Industrial Development Agency and one of its affiliates have begun marketing all the land to potential users after the sale is complete.

The purchase adds to the original 148 acres that Erie County and the ILDC started with in 2017, which culminated an effort begun in 2012 by Erie County Executive Mark Poloncarz – who grew up in Lackawanna, within sight of Bethlehem Steel – to assemble funds to purchase and clean up the land along Route 5.

Another 10 acres were later added, and the newest addition brings the park's total to 240 acres.

The county has spent $25.5 million on acquisitions, infrastructure and other preparations, with another $8.8 million to come. The state chipped in $12.78 million in support through Buffalo Billion 2 and the Western New York Regional Economic Development Council.

Rail lines have been removed from the acquired land, utilities were installed, two more roads are planned, and the Shoreline Trail is being extended to connect with Woodlawn State Park.

Uniland Development Co. has started construction on a 150,000-square-foot "spec" industrial warehouse and light-manufacturing facility at 8 Dona, inside the business park. The $14.5 million project is expected to be completed by summer 2022, with the capacity to hold up to four or five different tenants in subdivided space.

But with warehouse space in short supply, Uniland has acquired an adjacent site in the park for either an expansion of the new facility or the construction of a second, identical second $14.5 million warehouse, for a total of up to 300,000 square feet.

TMP bought 28 acres of land west of the Uniland site in 2019 - including 10 acres from Tecumseh and the rest from the county - and has opened its 290,000-square-foot manufacturing plant. The $22.7 million facility will employ 130 full-time workers when fully operational.

Uniland plans to spend about $17 million on the first facility, which is expected to open in summer 2022 after work began last year. The foundations are being laid now. It will now invest another $20 million in the second project, which it committed to begin building within the next 18 months.

There's a good reason why developers across the Buffalo Niagara region are building new warehouses even before tenants are lined up: because they know the new space will get snapped up in a hurry.

The two land parcels are located in a Qualified Opportunity Zone, and are also eligible for lucrative tax credits under the state Brownfield Cleanup Program.

Over the past decade, Erie County and New York State have spent nearly $50 million to buy land, move rail lines and lay the groundwork for development.

Flexlume Sign Co., a 114-year-old manufacturer and installer of facility signs, is planning to relocate its entire operation from its longtime home in Buffalo to a new 4-acre parcel in Lackawanna.

Poloncarz's 2021 State of the County differs in tone, delivery and style

"We just went through 15 months of hell," Poloncarz said, "and this is a lot of what went on, and the things we're still dealing with. And coming out of it, what we need to do as a community going forward."

Time Release Sciences is now hoping to nearly double the sales tax breaks that it will receive from the Erie County Industrial Development Agency.

Uniland is seeking to purchase up to 10.27 acres of land in Lackawanna from the Buffalo and Erie County Industrial Land Development Corp.

Sucro Sourcing gets approval for expansion project in Lackawanna

Besides Lackawanna, the company has operations in Canada, Mexico and the Caribbean, and multiple locations throughout South America, as well as a sugar refinery in Hamilton, Ont. 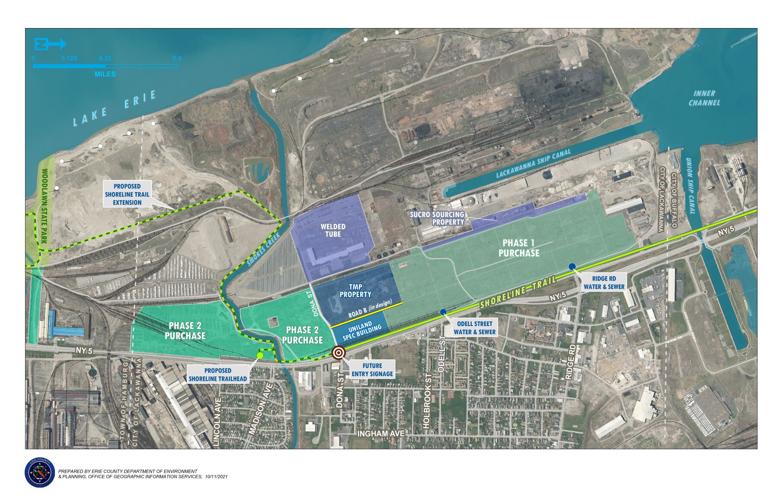 An aerial map and diagram of the Bethlehem Steel campus in Lackawanna, including the land designated along Route 5 for the county's Renaissance Commerce Park. 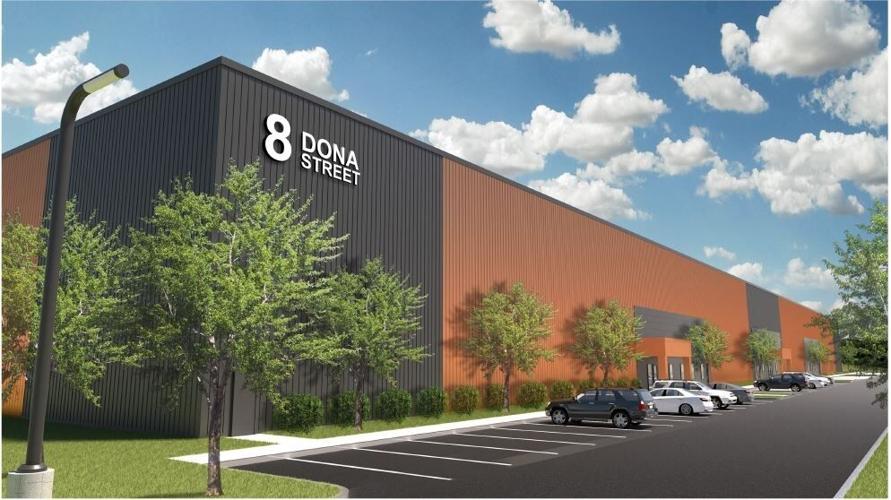