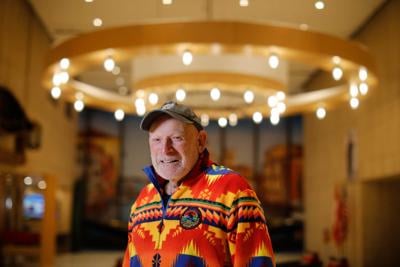 Washington developer Douglas Jemal made his first and biggest impression on Buffalo since he bought the then-vacant Seneca One tower out of foreclosure in 2016.

And he hasn't stopped since.

He’s spending $150 million to redevelop and refill the 38-story complex – Buffalo’s tallest and one of its largest – into an office tower anchored by M&T Bank Corp.’s technology hub and other technology companies, but also with 115 apartments and retail space.

But that’s far from his only investment in Western New York, as Jemal has inserted himself into virtually every major troubled real estate situation in the city and even its largest suburb.

He's redeveloping the Statler City complex, which he purchased from the estate of Mark Croce, into an apartment building and events destination.

Jemal is negotiating to take over the Hyatt Regency Buffalo – he already holds the mortgage – and he's planning to use that for the hospitality element of the Statler project.

And that's just the start. From the former Buffalo Police headquarters and the Richardson-Olmsted Complex to the Boulevard Mall, Jemal is spending hundreds of millions of dollars – at least $400 by his own estimate – to remake the city’s landscape and bring its treasures back to life.

He’s even donating to local charities, including his recently announced push to help the Buffalo & Erie County Naval and Military Park raise $1 million to repair and save the USS The Sullivans. And he owns a house on Nottingham Terrace so he has his own place to stay when he's in town.

Status: In progress. Expected to open in July 2021.

Plans: Two-year conversion into 536 apartments on floors 3-18, with the banquet and events center and retail shops at the bottom levels, as well as gaming or convention space in the basement.

Status: Exterior work, interior demolition and abatement are ongoing for next three months.

Plans: Already owns the mortgage but negotiating with Snyder Corp. to take over hotel so he can reopen and upgrade it.

Cost: Uncertain, but spent $9.7 million to purchase the foreclosed mortgage.

Plans: Negotiating to lease and reuse 10 of 13 buildings, including three buildings used by Hotel Henry and seven to the west, totaling 202,000 square feet. Would reopen the hotel, and convert other buildings to residential and retail use.

Plans: Restore it as a business incubator, through Start-up NY and SUNY Buffalo State. Currently have some tenants, while using remaining space as storage, but seeking new occupants.

Status: Pending. Work has not begun.

Plans: 10-year project to transform into new lifestyle center dubbed Boulevard Place, with retail, office and residential elements, and new streets through the site. Wegmans and certain other stores will remain.

Amherst agrees to slash value of Boulevard Mall by 59%

The Town of Amherst has lowered the value of the Boulevard Mall by 59% to settle a challenge brought by property owner Douglas Jemal.

Douglas Jemal sets eyes on Central Terminal: 'It's got to be done'

"I think it's one of the top 10 coolest buildings in the world," Jemal said of the historic art deco building.

Jemal expresses interest in Buffalo News building; publisher says it's not for sale

News Publisher Tom Wiley said the company and its parent, Davenport, Iowa-based Lee Enterprises, are seeking to fill the five-story building, not sell it.

After word was out that the USS The Sullivans was in danger of sinking and in need of emergency repairs, there were hundreds of responses.

For Jemal, the Richardson campus offers 'exactly the type of challenges that I love'

Developer Douglas Jemal envisions residences, restaurants and more in the five brick buildings and one Medina sandstone building west of the hotel, and a craft brewery and restaurant in the historic barn on the campus. 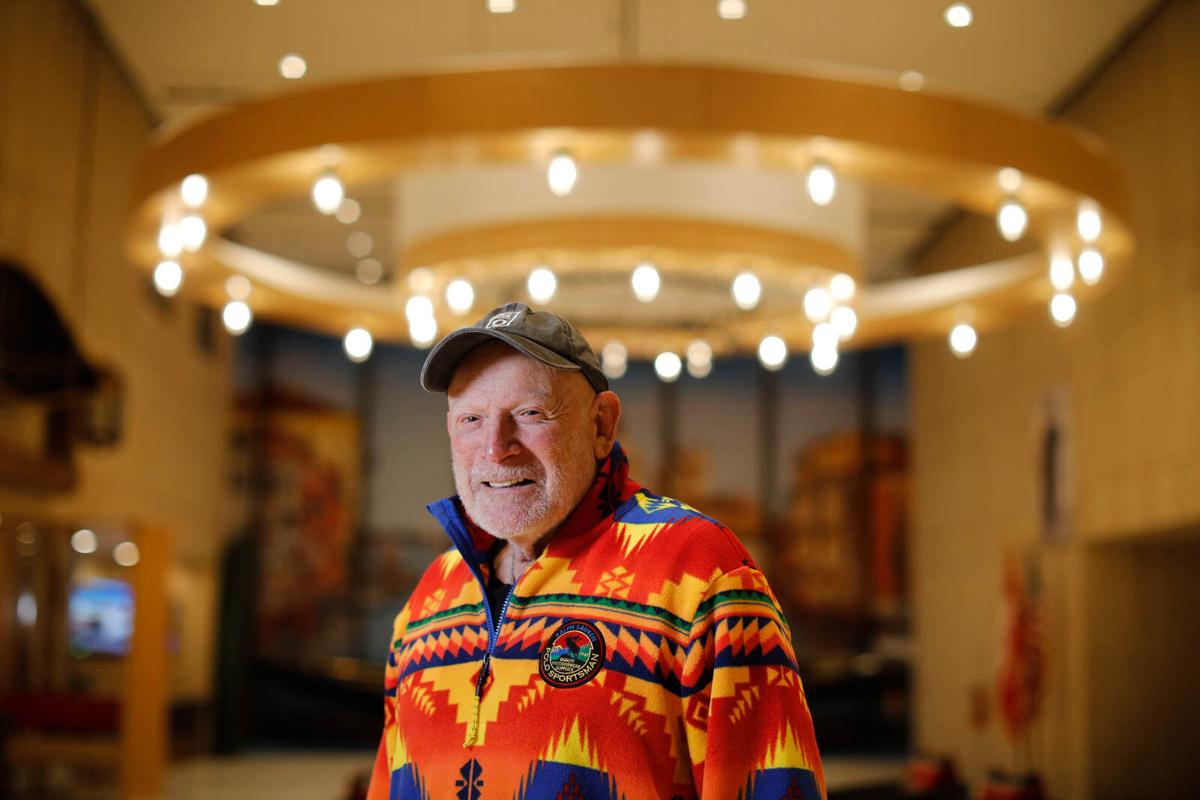 Developer Douglas Jemal in Seneca One tower, which is the largest of several redevelopment projects Jemal is undertaking in Buffalo. 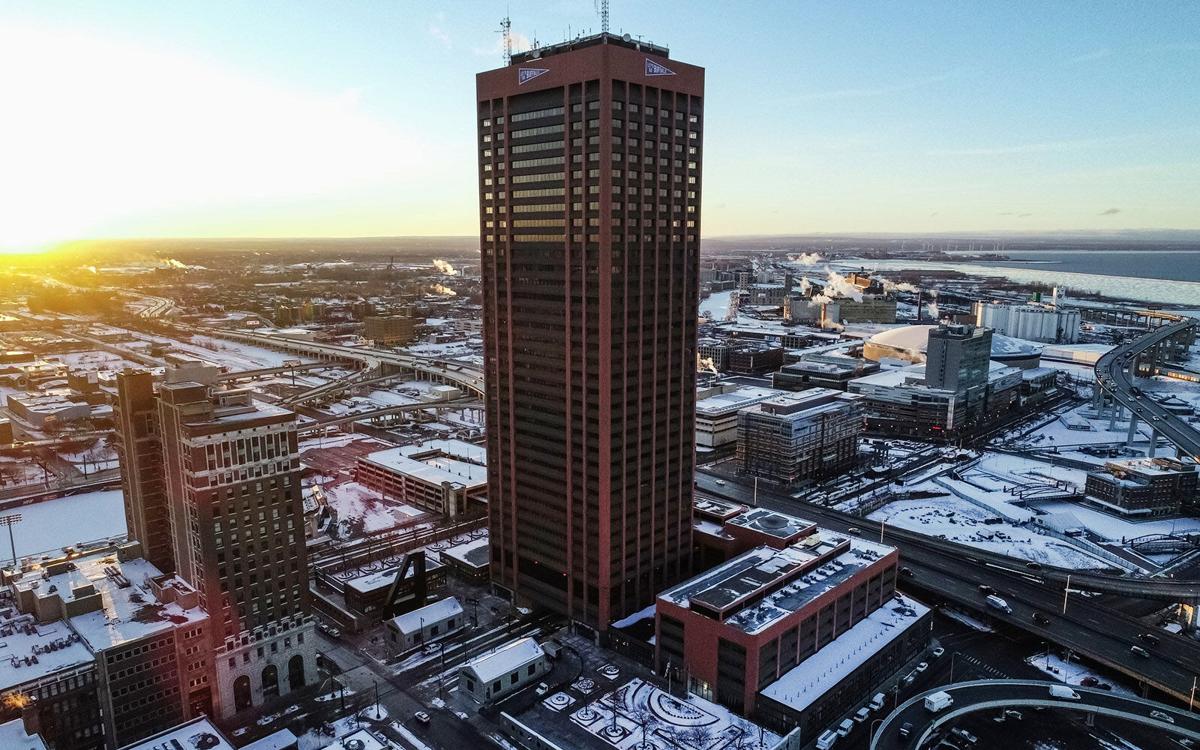 The Seneca One tower on Main Street in downtown Buffalo. 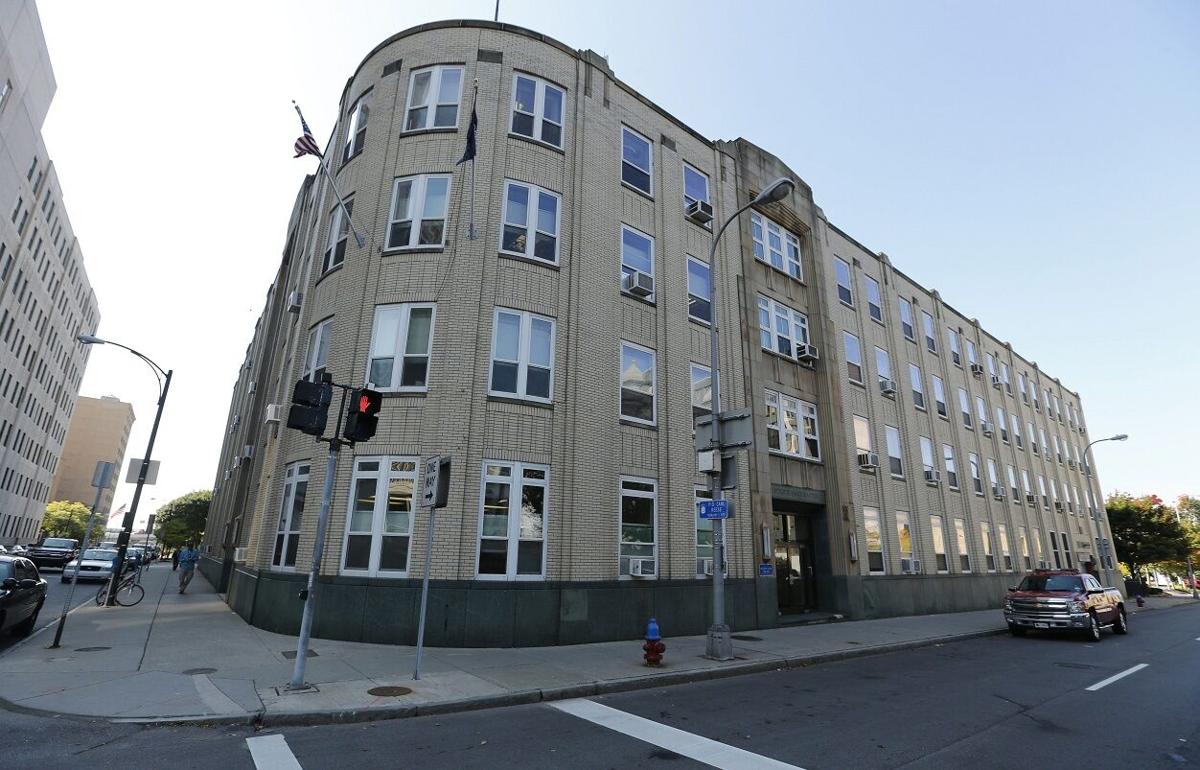 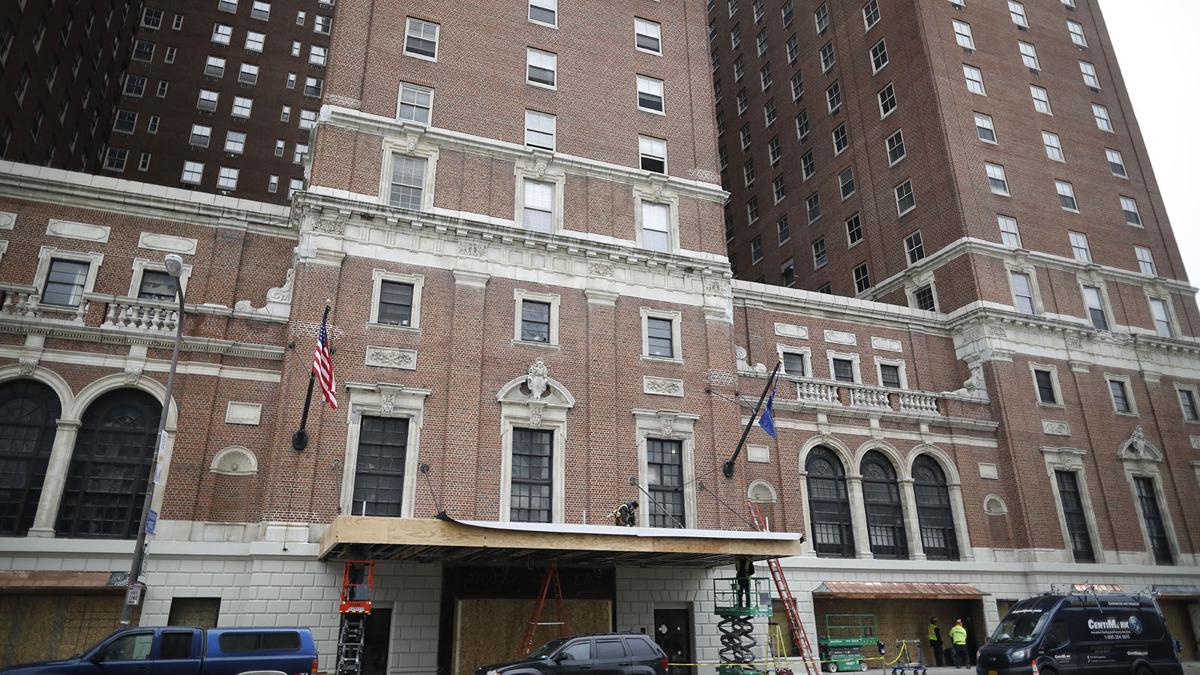 A worker installs roofing material at the main entrance to the Statler Towers on Delaware Avenue in Niagara Square, Friday, Jan. 8, 2021. 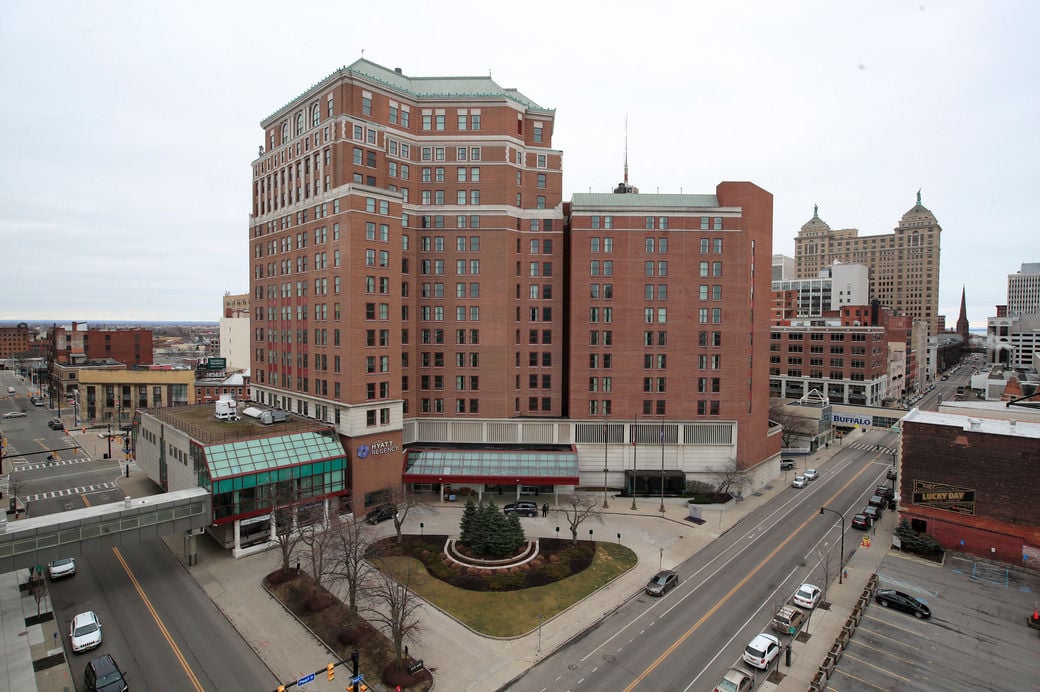 The Hyatt Regency in Buffalo. 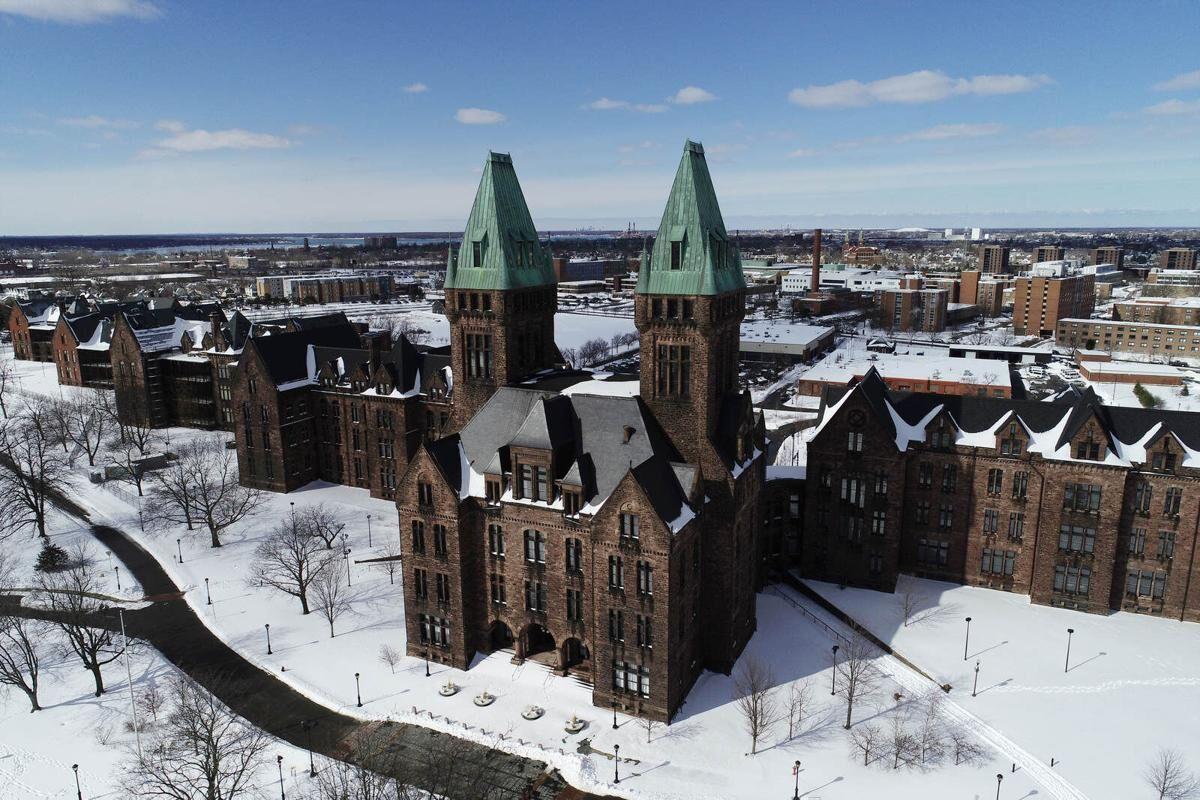 The Richardson Olmsted Campus with its iconic towers. 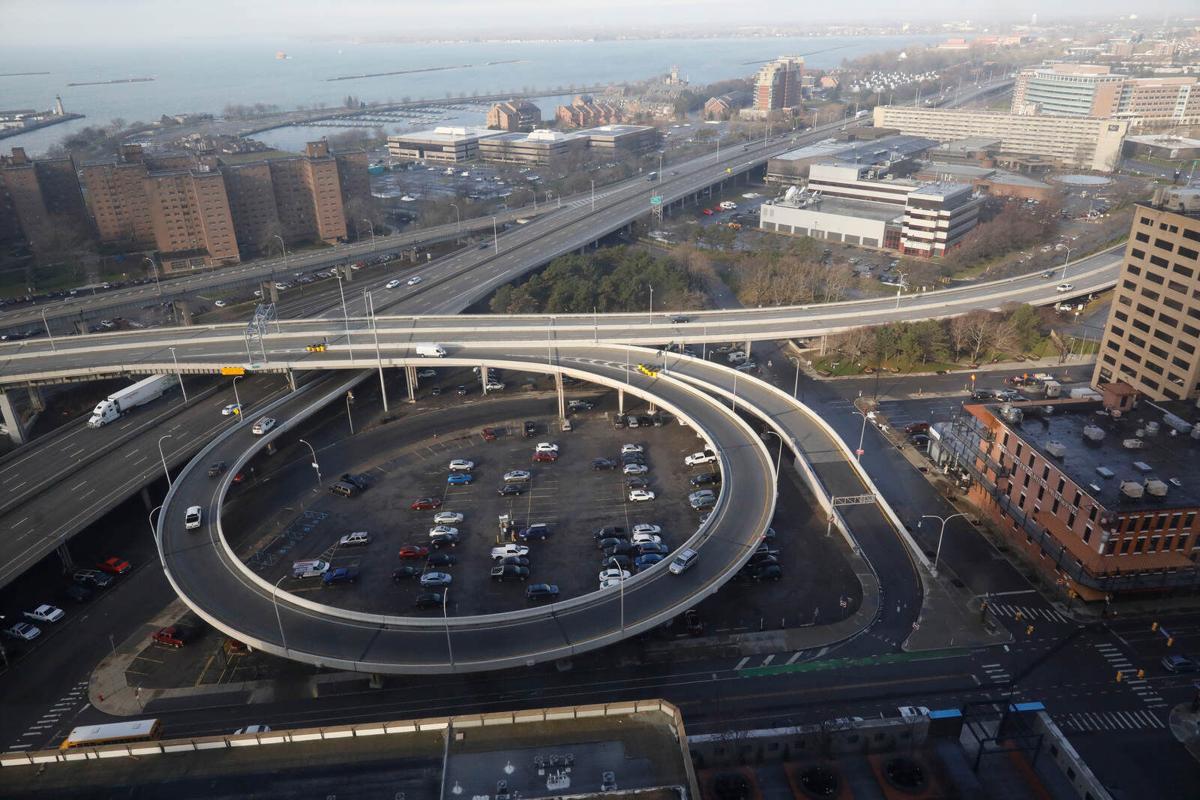 The circular ramp from the Skyway to the I-190 north where Douglas Jemal is planning another development to compliment Seneca One tower across the street. 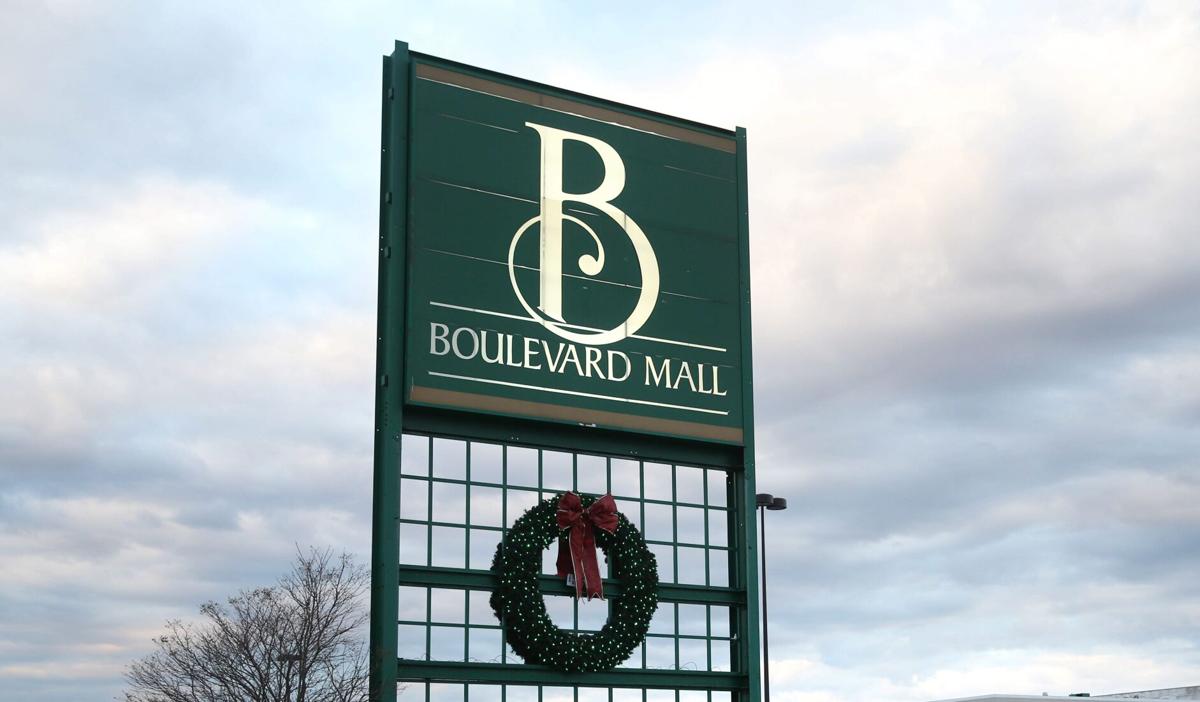