Developer Douglas Jemal said a cluster of seven buildings on Ellicott, Huron and Oak streets in downtown Buffalo will be transformed into several hundred new apartments, regardless of whether his redevelopment proposal for the nearby Mohawk Ramp is selected by city officials over five other competing plans.

Jemal confirmed that he has a signed contract to purchase the Simon Electric Co. properties in downtown Buffalo, which owner Bert Simon put up for sale in late 2019 in a bid to cash in on rising property values.

The Washington, D.C.-based developer would not say how much he agreed to pay for the properties, which total 1.8 acres and 80,500 square feet of space. But he said the deal will close in June, at which point he's ready to begin, pending approvals from the city.

"We'd have no problem starting," he said. "My engine is already warmed up."

Jemal's Douglas Development Corp., together with his longtime partners at architectural firm Antunovich Associates, submitted one of six responses to the city's call for proposals to remake the aging Mohawk Ramp. Constructed in 1959, the city-owned ramp has 629 parking spaces and sits on 1.1 acres at 477 Washington St., bounded by East Mohawk and Ellicott streets.

Jemal's proposal calls for a two-phase redevelopment, focusing first on the ramp and then on the neighboring properties that are part of the Simon Electric portfolio.

The first phase includes 200 residential apartments – 10% dedicated for affordable housing – and 4,500 square feet of commercial space, with a combination of a restaurant or cafe, a research and development lab and ground-floor retail. The parking ramp itself – which would be retained – would also be expanded to 800 parking spaces.

The second phase would add another 400 new apartments at two Simon properties adjacent to the ramp, with 10% of the units for affordable housing.

"It's a natural tie-in, between the Simon properties and the Mohawk Ramp," he said.

He noted the streetscape and infrastructure improvements planned for Ellicott Street, and the Race for Place initiative championed by Buffalo Mayor Byron W. Brown.

"If you just did the Mohawk by itself, you just did another building. One place doesn't make a place. It has to be a community."

Jemal said the Simon component was already in the works before the city even put the Mohawk Ramp into play late last year. He said it fits into his overall strategy to create a critical mass of new apartments and other activities in downtown Buffalo, luring more people into the city.

"It was always my objective to make it a living downtown," he said. "If that's not a race for place, I don't know what is."

As Buffalo targets Mohawk Ramp for redevelopment, some artists mourn a muse

An eclectic group of artists, musicians and photographers has for years seen the Mohawk Ramp and its downtown brethren as unlikely sets for their creative undertakings.

"So far, the presentations have been really interesting and innovative," BUDC President Brandye Merriweather said Tuesday. "We're off to a good start."

Could Ellicott Street be in line for a makeover?

You might not recognize parts of Ellicott Street in a few years, if the Brown administration gets its wish.

Officials want to hear from the public about which of the remaining Mohawk Ramp proposals would be best for Buffalo.

A significant chunk of downtown real estate – totaling 1.8 acres of land – is going up for

Four months ago, the owner of a significant chunk of downtown Buffalo real estate put his 1.8 acres of land up for auction in a bid to cash in on rising property values in the city’s core. Bert Simon, owner of Simon Electric Co., had hired CBRE-Buffalo to market the commercial real estate portfolio in the central business district,

"These proposals from these six development teams show great confidence in the City of Buffalo," Mayor Byron W. Brown said.

While still a common sight in Buffalo, open parking spaces are increasingly becoming harder to come by. The overall supply of spaces hasn’t changed much, but the demand for them has gone

The Simon Electric Co. property, totaling 1.78 acres in downtown Buffalo, is up for sale. 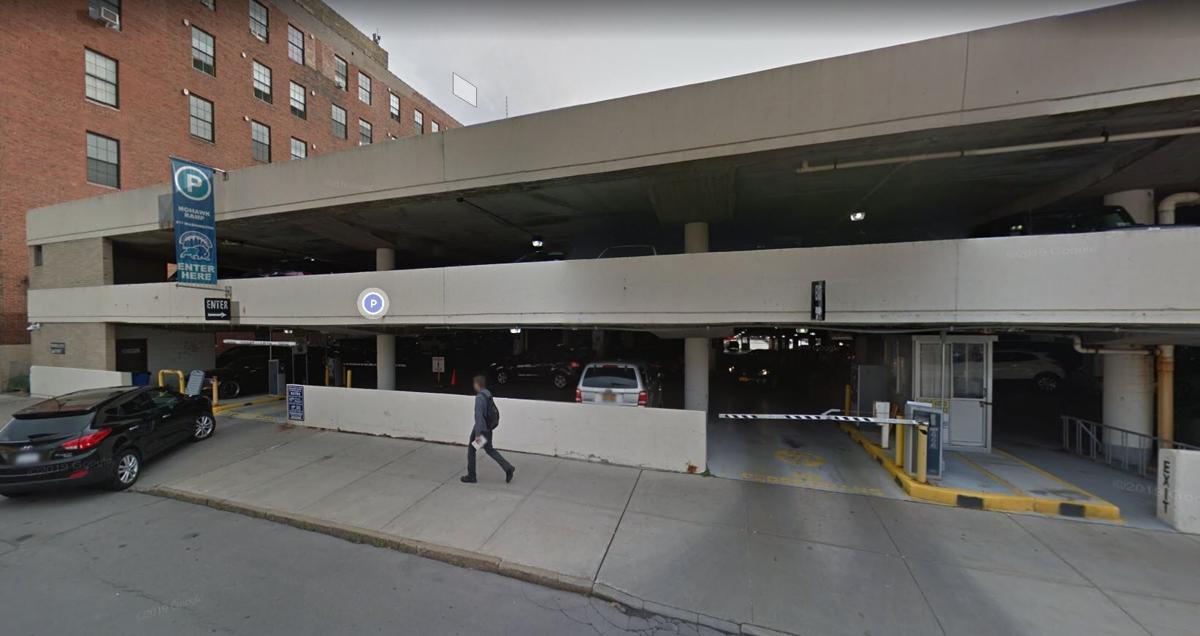 The Mohawk Ramp at 477 Washington St. 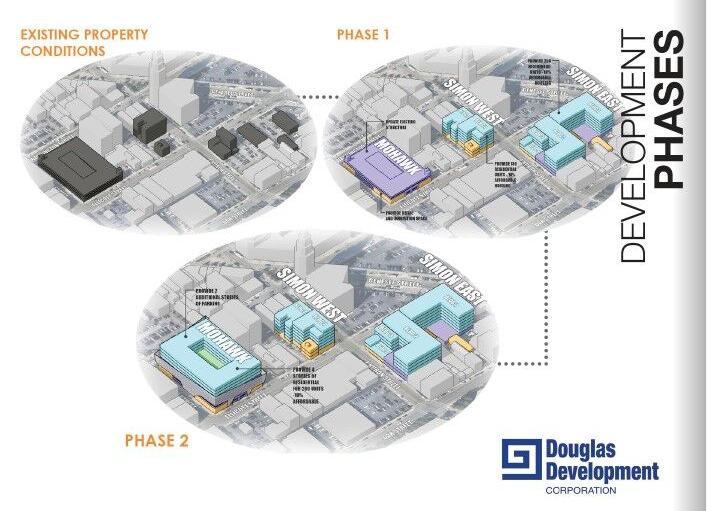 A development team that includes Douglas Development and Antunovich Associates has proposed a phased development that would turn the site of a city-owned ramp at Mohawk and Ellicott streets into commercial space and affordable housing. The second phase would target properties nearby.