Jemal completed his purchase of the property at 414 Delaware and 124 Edward, paying $3 million to City Inn-Buffalo. Jemal also separately paid $150,000 for a vacant surface parking lot across the street, at 413 Delaware and 78 Edward.

Jemal agreed in early August to buy the prominent Mansion on Delaware boutique hotel, six months after the death of its co-founder and lead owner, Dennis Murphy.

Located at the corner of Delaware Avenue and Edward Street, the 28-room property is one of the smallest but most elite hotels in the city, known for its architectural detail, white-shoe service and old-fashioned team of tuxedoed butlers that attend to guest needs.

Originally built from 1869 to 1870, the 20,000-square-foot building was constructed by industrialist Charles F. Sternberg and later occupied by other leading business and community figures, before it became a hotel and then a restaurant. Murphy teamed up with partners Geno and Diane Principe to purchase the abandoned home in 1997 before spending $2.7 million on a renovation and reopening it as the current hotel in 2001.

The deal – which was initiated by the Principes – now gives him his third operating hotel after the Hyatt Regency Buffalo and the The Richardson, and he also plans to create boutique hotels at The Statler and the former Mahoney State Office Building on Niagara Square.

Will the second time be a charm for James Panepinto?

The Buffalo contractor and owner of Pinto Construction Services already won a package of tax breaks for his first new industrial project on Dingens Street near the Cheektowaga border. Now he wants to try again with a second one that is almost identical in size and appearance.

Panepinto plans to construct an 80,940-square-foot steel-frame addition to the 80,960-square-foot light manufacturing and warehouse facility that he finished building earlier this year, effectively doubling the size of his project on 13.2 acres at 132 Dingens St. The two sections would be separated by a firewall, creating two distinct buildings with a shared side. It was approved by the city, and construction is expected to start and finish next year.

Like the first one, the "spec" building will be marketed for lease to multiple tenants, but it could also be taken up by just a single occupant. That's what happened with the first one – now fully leased to Magellan Technology – so Panepinto knows there's demand. But he's still seeking sales, mortgage recording and property tax breaks from the Erie County Industrial Development Agency for the $9.3 million project cost.

"This development project will not occur without the financial assistance of the agency," according to the application. "The shortage of last mile warehousing is well-documented in the Western New York area. This void will be filled by a project somewhere in this area. However, City of Buffalo and Erie County may not" benefit if it's outside of the county.

In his application, Panepinto cited soaring costs for materials and labor that are much higher than when the first project was completed. Ironically, he noted that high demand for "last-mile warehousing" in particular – which this warehouse is meant to meet – is partially causing a shortage of materials for the very same projects.

Additionally, he argued, the site is a brownfield, which still faces "significant additional costs related to legacy environmental conditions," even after going through the state Brownfield Cleanup Program from 2012 to 2016, and qualifying for $1.5 million in tax credits that have to be used. And financing costs have jumped since the start of the year because of the Federal Reserve's interest-rate hikes.

Panepinto is asking for $647,500 in sales tax breaks, $52,500 in mortgage-recording tax relief, and an as-yet unspecified property tax abatement that will be the most lucrative of the subsidies. He committed to 18 new full-time jobs after two years, even though he said industry trends toward automation and the "high stacking height" of the proposed 45-foot-tall building results in a need for fewer employees in such operations.

Unemployment has dropped to a modern-day low of 2.7% in the Buffalo Niagara region, despite sluggish job growth.

Bank on Buffalo is launching a mobile branch to bring banking services to areas without traditional bank offices.

Thousands of local Teamsters retirees will have their pension benefits restored, and will be compensated for past payment reductions, with help from the federal government.

New York handed out the first licenses to open stores for legal cannabis sales – but none in Western New York.

Parking lot entrepreneurs in Orchard Park didn't cash in with the Bills in Detroit on Sunday.

M&T Bank is kicking of its annual Gift of Warmth campaign.

Oishei Children's Hospital's new president is the first physician to lead the facility.

2. When Covid hit, it shut down professional sports. It also essentially shut down Delaware North's sports concessions business: No fans meant no one to buy hot dogs and beer. Now, fans are back, and Delaware North's Sportservice business is back, too.

3. 'We've had high caseloads nonstop': There is a critical need for mental health and addiction workers in Western New York, as told by two longtime employees in Warsaw.

The Buffalo Next team gives you the big picture on the region's economic revitalization. Buying a building? Redeveloping a property? got a tip? Reach Real Estate & Development reporter Jonathan D. Epstein at 716-849-4478 or email him at jepstein@buffnews.com. 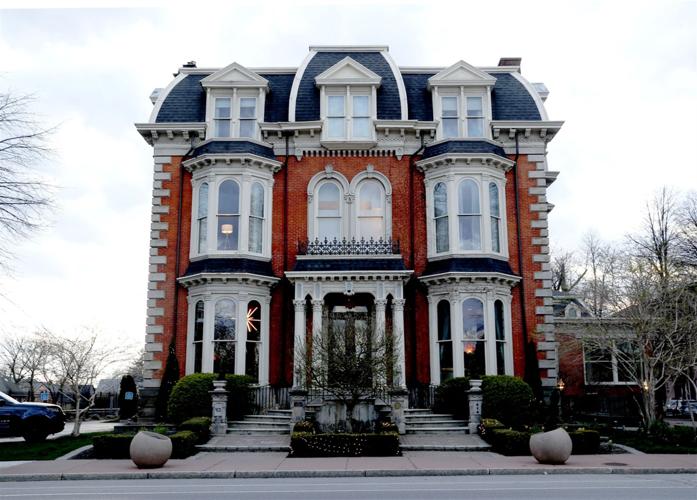 The Mansion on Delaware Avenue. 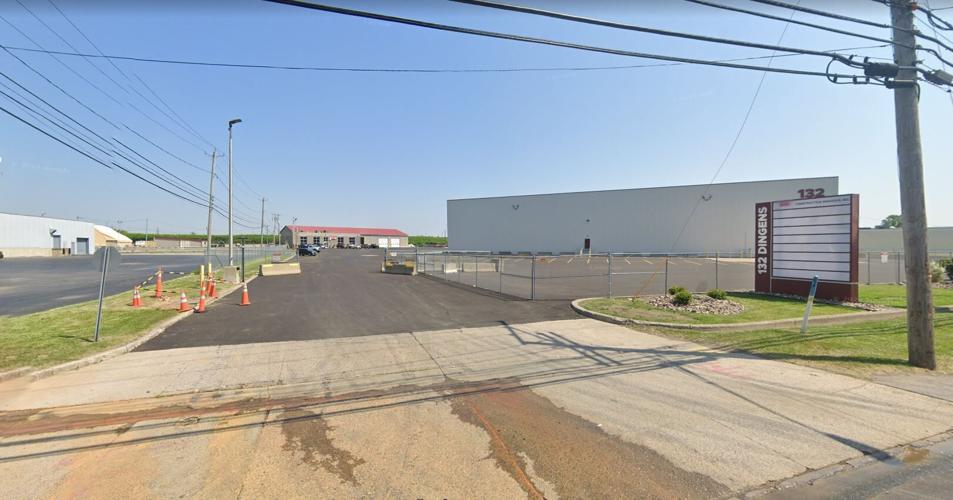 James Panepinto of Pinto Construction Services plans to add a second warehouse to the existing warehouse he already built at 132 Dingens St. 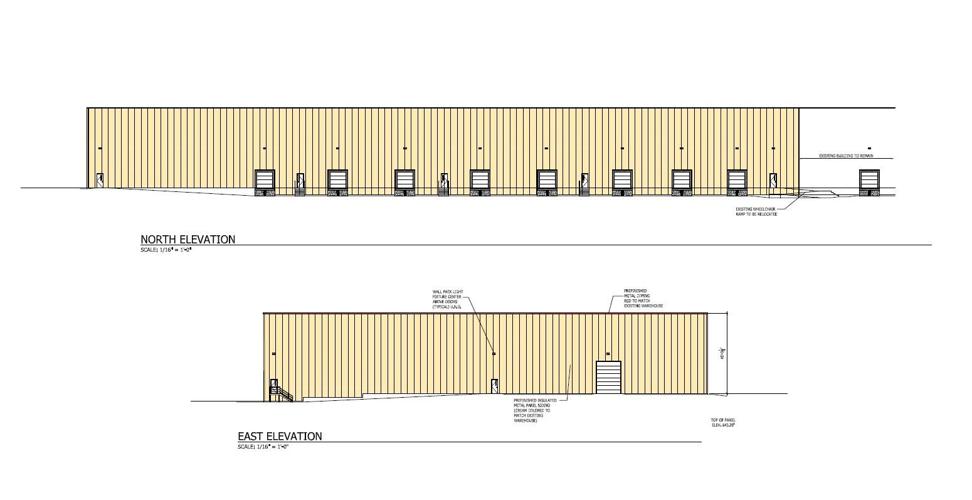 Proposed elevations for a warehouse expansion at 132 Dingens St. in Buffalo, by James Panepinto. 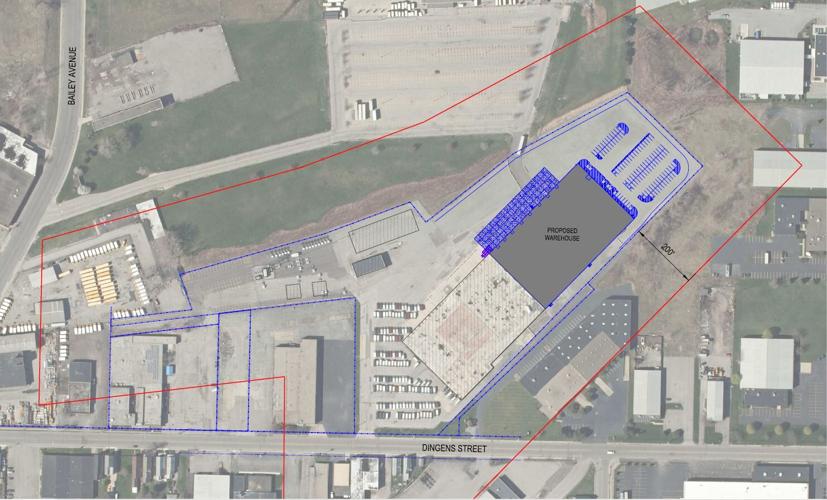 An aerial map of a warehouse expansion at 132 Dingens St. in Buffalo, by James Panepinto.