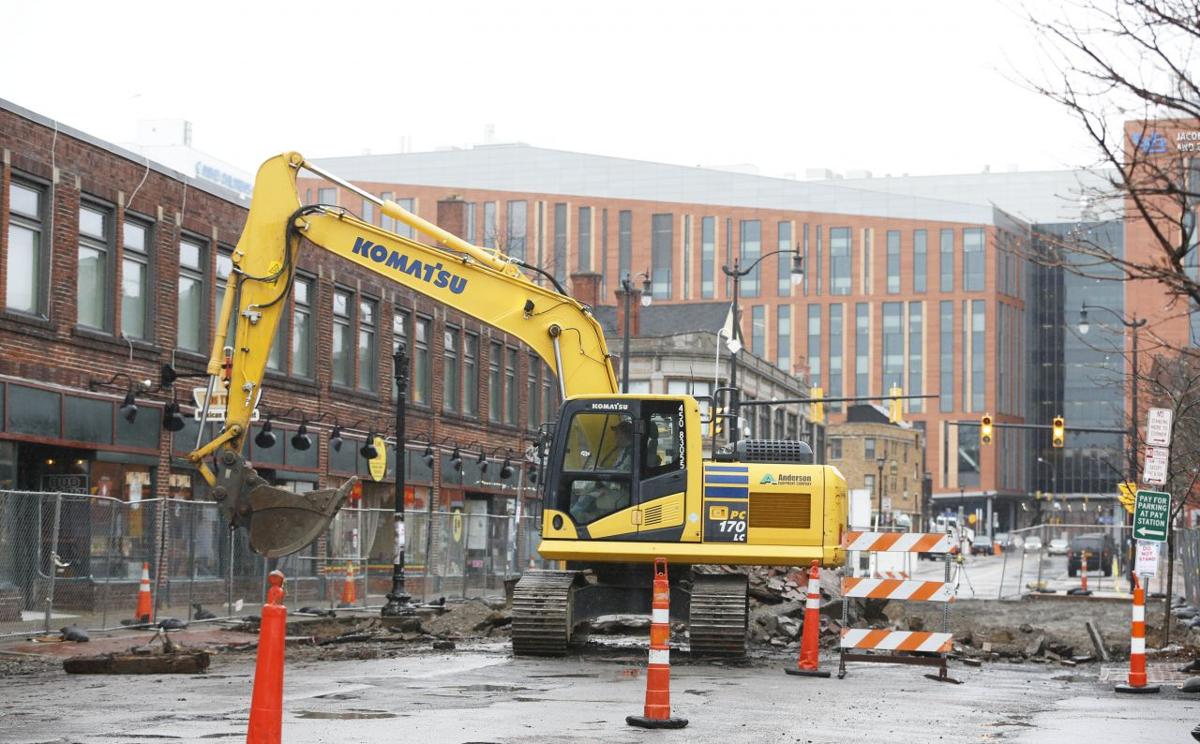 Tim King of Destro Brothers tears up a section of Allen Street in Buffalo with the excavator on Monday, March 23, 2020. (Sharon Cantillon/Buffalo News) 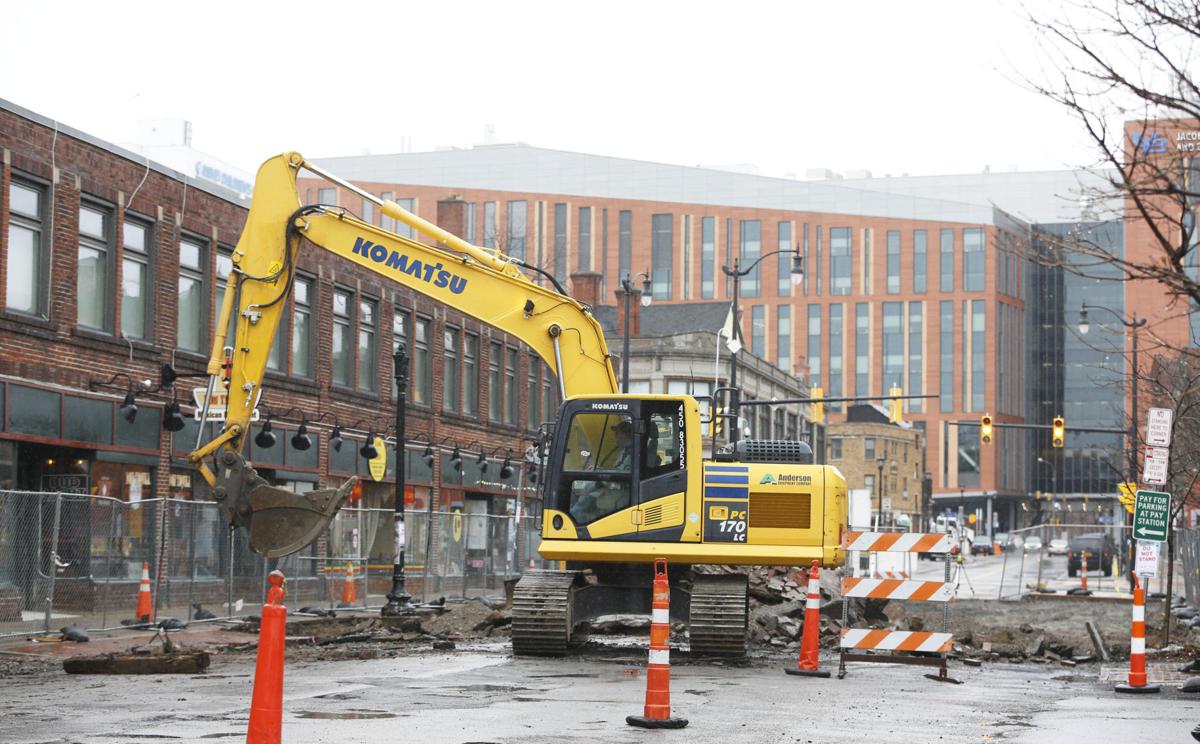 Tim King of Destro Brothers tears up a section of Allen Street in Buffalo with the excavator Street, Monday, March 23. (Sharon Cantillon/Buffalo News) 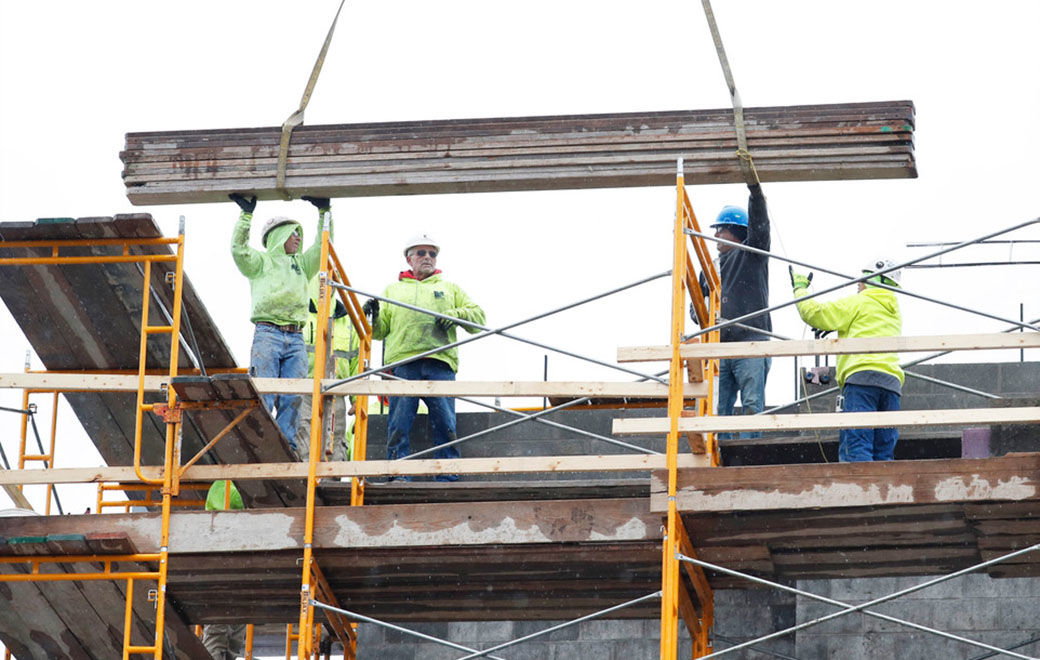 The construction industry was deemed as an "essential business" that can continue operating under Gov. Andrew Cuomo's newest executive order, but developers say it's still not completely business as usual.

At first glance, commercial development seems to be relatively unscathed. Major projects continue almost unabated, particularly public-sector projects or those considered to be of high priority.

"So far in Western New York it seems like all construction is ongoing," said Jon Williams, owner of Ontario Specialty Contracting and South Buffalo Redevelopment. "This may change tomorrow, but as far as right now, no interruption."

But other developers have shut down work on some projects and pushed others off until late in the year or next year, in response to the rising fears about coronavirus.

"I think this is going to have an adverse effect on everybody," said John Otto, one of three partners and co-owners of Hook & Ladder Development in South Buffalo. "It’s a major concern."

Cuomo last week expanded his work-from-home requirement to 100% of nonessential workers and companies. But his extensive list of exemptions included construction, particularly a couple of specific trades.

However, the language was vague enough to cause questions about how broad the exemption is, especially for private-sector projects.

"This is obviously a highly fluid situation and we are seeking a clearer definition of construction under the guidelines," Elmendorf added. "That’s going to vary on a case-by-case basis depending on the owner."

William Paladino, CEO of Ellicott Development Co., said he shut down construction on most of his company's projects, while delaying the start of others until 2021. Some work is continuing on existing buildings, he said, but "all new construction has or will stop" early this week.

On the other hand, Ciminelli Real Estate Co. said construction is continuing on its West End townhomes in Waterfront Village and its 201 Ellicott affordable housing and grocery project in downtown Buffalo.

"We are in constant communication with our project team, and have directed our individual contractors to follow all guidelines and advisories to ensure the safety of their employees that of their employees’ families," said CEO Paul Ciminelli.

McGuire Development Co. is still working on three projects – the Buffalo City Mission expansion, a renovation of the FedEx Corp. facility at the Buffalo Niagara International Airport and a 12-story project in Ithaca. The FedEx job started on Monday, but Ithaca and City Mission are well underway, said co-president and chief business officer Danielle Shainbrown.

Amherst-based Acquest Development is in a different position than most commercial developers, because the bulk of its portfolio consists of government-leased properties and projects. The company normally keeps a low profile, but it has properties across the country, including in Western New York and in Westchester County, which has been heavily impacted by Covid-19 infections.

"We continue to do the work, but keep the crews to a minimum, wash their hands, no visitors," said company owner William Huntress.

One such project is the Veterans Administration clinic in Niagara Falls, which is under construction, and slated for completion in a couple of months, Huntress said.

The company considered shutting down the project late last week "to be super safe," although it opted instead to keep the work going with smaller crews, he said.

Karl Frizlen's Frizlen Group is working with Michael Masters' BRD Construction on conversion of the former Barcalo Manufacturing Co. plant into an apartment building. Frizlen said the effort is "moving forward," with a closing for the financing slated for the "near future."

"I don't think we have had one single trade worker fail to show up," he said.

However, he has implemented "new work rules and protocols to address social spacing," and doesn't yet know if that could ultimately cause delays.

In South Buffalo, Hook & Ladder is giving its workers the choice about whether to work through the crisis, Otto said, but most are still working. Some of the jobs are one-person tasks, so there's natural distancing in those cases.

However, a subcontractor that was supposed to install a couple of furnaces has suspended its own work until further notice. "That will get put on the back burner and affects the bottom line, but we're not pressuring anyone to go to work," Otto said.

"We all just have to work together to get through this and hopefully weather the storm," Otto said. "As far as the long-term effects, who knows? We’re just taking it week by week."

It's been more than four years in the making, but construction is finally underway on a venture to convert the sprawling Old First Ward manufacturing plant that made recliners into apartments, a restaurant and other uses.

Tim King of Destro Brothers tears up a section of Allen Street in Buffalo with the excavator on Monday, March 23, 2020. (Sharon Cantillon/Buffalo News)

Tim King of Destro Brothers tears up a section of Allen Street in Buffalo with the excavator Street, Monday, March 23. (Sharon Cantillon/Buffalo News)