While most real estate developers see opportunities for putting hundreds of new apartments all over Buffalo, Paul Bliss sees the same possibilities – but in Amherst.

Bliss, owner of Bliss Construction and PB Investors, is proposing a pair of residential complexes on North Forest and Maple roads that would bring 300 apartments to the middle of the region's largest suburb.

That's a major bet on housing for the construction contractor-turned-developer, who has already undertaken several other residential and mixed-use developments in the town.

That includes two projects near the intersection of Main Street and Transit Road, another further up on Transit north of Zoe's Restaurant, and another at the Creekview Court Apartments, also on North Forest. And that doesn't include projects in Cheektowaga and Lancaster, or some smaller single-family subdivisions.

However, the newest projects - both engineered by Carmina Wood Design - could add nearly as many apartments at one time as all the others combined.

Bliss is buying 8.2 acres of land from Weinberg Campus at 2635-2655, 2675 and 2691 North Forest. That will create a polygonal-shaped property across from Weinberg and the Jewish Community Center in Getzville, and behind John James Audubon Parkway. The site is bounded by Amherst Glen Senior Apartments and other residential buildings to the north, the Ohr Temimim Jewish day school in back, and office buildings to the south.

The developer plans to erect four five-story apartment buildings with 55 units in each – for a total of 220 apartments. They would be arrayed around a 2,000-square-foot clubhouse with a pool, and surrounded on all four sides by 368 parking spaces along the street and edges of the property. About 2.1 acres would remain as privately maintained greenspace and landscaping, with two storm-water management ponds.

The project would include three driveways on North Forest – one at each end, and one in the middle, with the southernmost entry across from the JCC driveway.

All three properties are part of the Audubon New Community District zoning, but as part of the project, Bliss is asking the Amherst Planning Board to reclassify 1.37 acres at 2691 North Forest from suburban agriculture to general commercial, matching the other two parcels. The project also requires formal rezoning, site plan approval and various permits.

Bliss attorney Sean Hopkins said in the application that the site is "an appropriate location" for the project, given its location "in an area that consists of a mixture of uses," and the town's designation of the property as appropriate for "medium residential" or "commercial office" use, according to the Conceptual Land Use Plan for future development in the town. But the current agricultural classification limits the uses of the land.

If approved, construction would begin in spring 2023, with completion in 2024.

In the second project, Bliss would construct 113 apartments and townhomes on a 5.1-acre site at the northwest corner of Maple and Ayer roads.

The development would consist of an L-shaped, four-story building, with 7,000 square feet of commercial space and 21 apartments on the first floor, and 81 apartments across the upper three floors. Bliss also would construct a pair of two-story townhome buildings of six units and five units, respectively, with attached garages.

The project would include 199 parking spaces, with 49 in four separate garage buildings and the rest as surface spaces. Plans also call for an entrance from Maple.

Bliss already owns the properties at 1720 and 1740 Maple, and is buying a third property at 1760 Maple from McGuire Acquisitions. The project requires site plan approval, but he's first asking the town to reclassify and rezone the properties to allow the mixed-use development.

McGuire had planned to construct a 45,000-square-foot office building on its property, which is now zoned for office. It even received approval from the town in February 2020, but was unable to find tenants for the project, especially as the Covid pandemic hit. And now, it would be even more difficult to develop office space, so a different project makes more sense, according to the application submitted by Bliss.

"At that time, there was substantially greater demand for office space in the town than the current demand," the application said. "It is likely that in the absence of the project site being developed for a different land use category, the project site will remain vacant for the foreseeable future."

Hopkins said the Maple proposal would meet town goals, since it's an infill project that is located on underutilized land and near existing infrastructure and other established uses. The project also offers "a range of housing choices in a suburban setting... with easy access to a wide range of amenities," he wrote. And it would enhance the visual appearance of the site, which is vacant and lacks any landscaping along Maple, he wrote.

He noted especially its proximity to Millard Fillmore Suburban Hospital, both as a source of potential commercial tenants for the first floor, but also because the hospital "employs many individuals who work various shifts that would benefit from having the ability to live in upscale attached residential units with direct and easy access with their place of employment."

Developer Paul Bliss is seeking more than $735,000 in tax breaks for his second apartment and retail projectnear a key Amherst intersection – just as it did with a previous venture two years ago.

Valdemar Blaszak – owner of XL Dent Laboratories at 6599 Main St. – wants to redevelop a nearby former bar and adjoining volleyball court into a two-story office to complement his lab's operations.

Two suburban developers are preparing three new projects on Transit Road in Clarence, Amherst and Cheektowaga that could bring 225 new apartments to the towns.

Six projects to watch in Amherst as housing development continues

Several residential projects are under various stages of review in Amherst, demonstrating the continuing demand for more housing in Buffalo's largest suburb.

The new store would be located on Main Street across from Clarence Town Park.

Located at 8825 Roll Road in Clarence, the elegant home by Bliss Custom Homes is a first for Paul Bliss, who has assembled a team with nearly 80 years of combined construction experience to now build custom homes. Known for his commercial construction and land development, Bliss has focused his expertise toward building high quality homes that provide outstanding

A longtime dilapidated motel in Lancaster that was sold at auction is now poised to give way to a brand-new Candlewood Suites extended-stay hotel. The planned new hotel, which will be developed and owned by Paul Bliss, will be located at 50 Freeman Road, on the site of the former Buffalo Airport Inn. The Clarence construction contractor and developer

Clarence construction contractor and developer Paul Bliss has completed his acquisition of the Buffalo Airport Inn in Lancaster following a foreclosure auction several weeks ago. Bliss, owner of Bliss Construction LLC, paid $1.35 million to buy the 88-room motel from Harjinder K. and Kabal S. Virk, through Singh Lodging Inc. Following the deal, he closed the motel, while he

A developer has received approval to construct a mixed-used building of retail and apartments in East Amherst at a site that now hosts a small video business. Paul Bliss of Bliss Construction plans to tear down the ranch-style house now on the 2-acre property at 6790 Main St., at Tennyson Terrace near Transit Road, and to construct a 29,665-square-foot 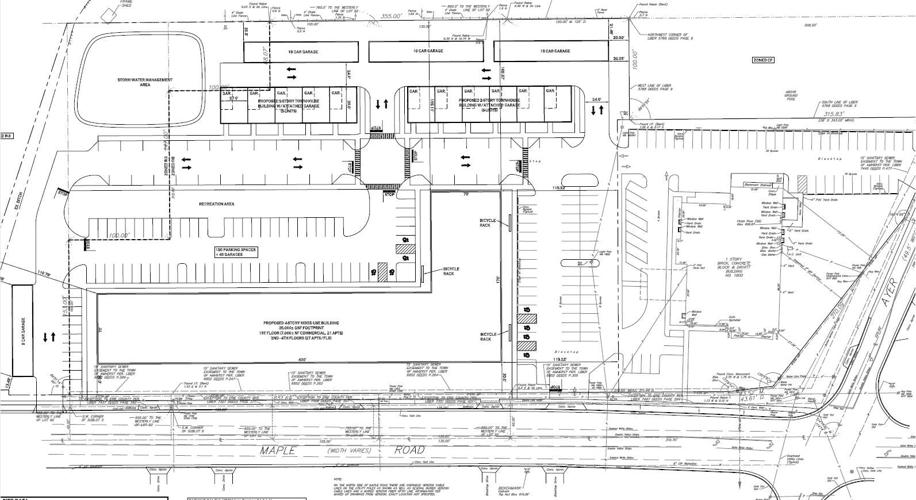 The site plan for Paul Bliss' proposed redevelopment of 1720-1760 Maple Road, at Ayer Road, in Amherst. 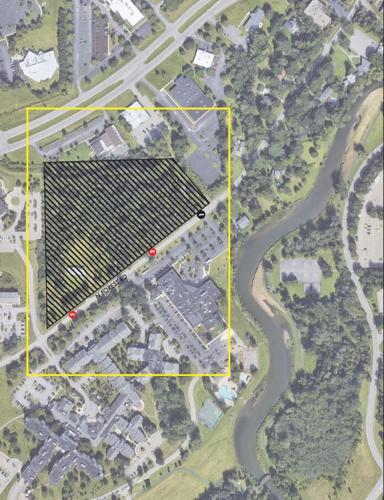 An aerial view of the site where Paul Bliss wants to put up four apartment buildings and a clubhouse on North Forest Road in Amherst, across from the Jewish Community Center. 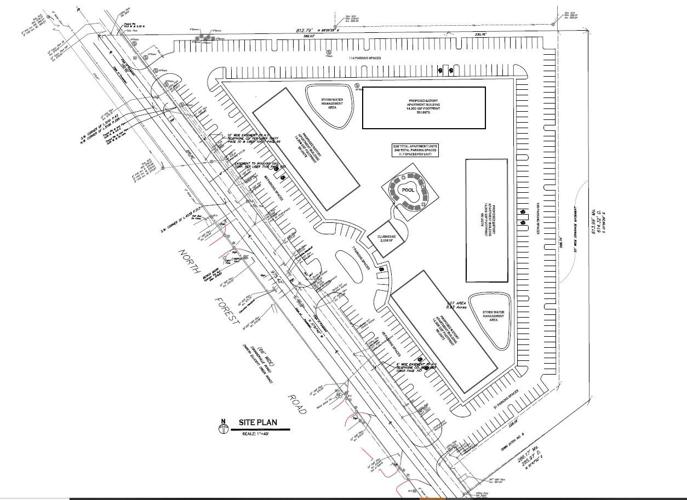