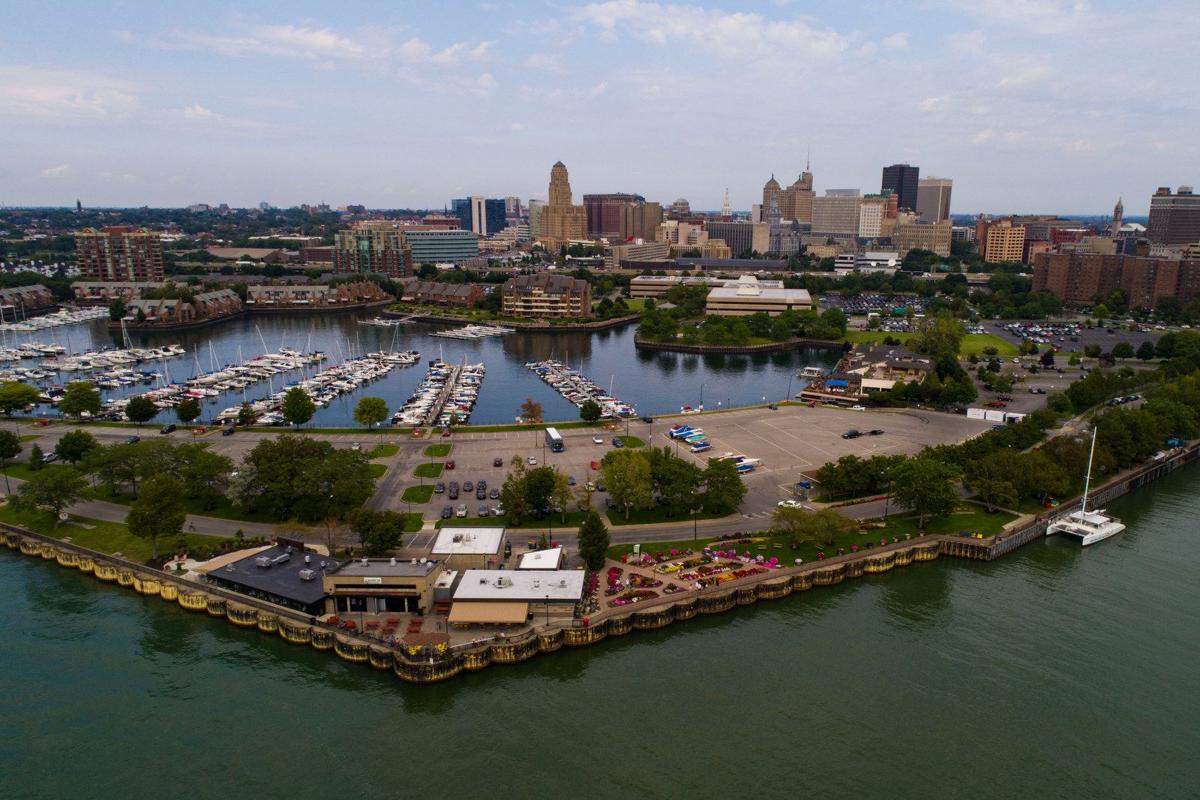 A new generation of leaders is stepping up in Buffalo. (Derek Gee/News file photo) 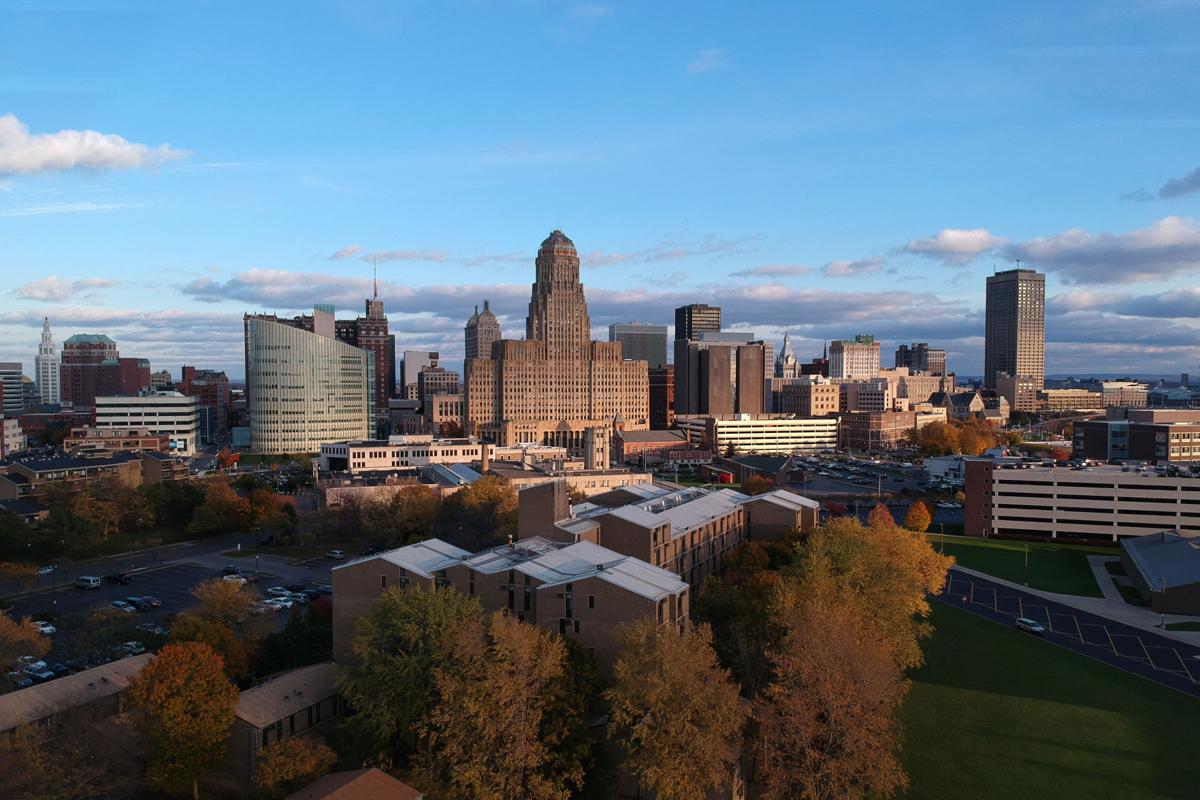 A new generation of leaders is stepping up in Buffalo. (Derek Gee/Buffalo News)

In another era, Buffalo might have been just another blip on Lauren Lopez’s resume.

A Queens native, she landed a job at Rich Products 12 years ago after earning an MBA at the University at Buffalo. She told reporter Tim O’Shei that she thought she would eventually move back to New York City, but the company fostered her growth at its Buffalo headquarters. Today, at 36, she is a vice president, overseeing a team of 11 and a portfolio of nearly 1,000 desserts.

And she’s not done yet. “I want to excel at leadership,” Lopez told O’Shei.

There was a time when we might have written about leaders like Lopez as promising young graduates lost to a decades-long brain drain. Lured by better jobs and rosier economic outlooks, some of our best and brightest packed up and never looked back.

Not Lopez. Not Alexis Becker, a certified public accountant and Lockport native who moved back to the region to become vice president of internal audit at Delaware North in 2016. Not Michael McMahon, who worked in other cities before returning to Buffalo. He is now commercial bank sales leader for KeyBank.

What’s the common thread? Buffalo Niagara is where these leaders found an opportunity to shape their careers.

“Key was willing to sit down with me and put a plan in place: ‘Here’s how we’re going to help you grow,’ ” McMahon told reporter Matt Glynn.

These leaders are moving up the ranks at a time when Buffalo is more attractive than ever. New downtown lofts, high-rise construction and innovative startups have made Buffalo hip.

There’s still a lot of work to do. But Buffalo’s not done yet. There are more plans for the Medical Campus. The waterfront is still taking shape, and construction crews are still working on new projects. This next generation of leaders is stepping up at a pretty exciting time. Read more about them below.

They are part of the next generation of leaders in the Buffalo Niagara region, filling top roles in health care, banking, development and manufacturing as the local economy accelerates its transition from the old economy to the new. Some are new to the area, bringing with them an infusion of fresh ideas. Others are natives, with a keen sense of the region's past and its long struggles. Each is in a position to help sway the direction of the Buffalo Niagara region.

Next Generation: Banking and Finance

As banks try to grab more deposit market share and attract more business clients, they are scooping up experienced personnel from competitors and giving them new roles. Big players in the region are also hiring and promoting new people to important roles, eager to keep their edge over their competitors. We took a look at some up-and-comers at area banks.

From fledgling biotech startups to massive hospital systems, the health-care industry is deeply woven into the community's economy. The industry employs tens of thousands of physicians, nonprofit workers, life-sciences entrepreneurs, health-insurance administrators and the like. Dozens, if not hundreds, of them are driving innovations in health care delivery. There are too many to list, but this group offers a diverse cross section of local emerging leaders.

The face of local manufacturing is changing. More women and minorities are stepping into prominent positions in the sector, leading plants and helping manufacturers grow, and in the past couple of years, new plant managers have been named at bedroom manufacturers and smaller operations alike. The trend also applies to places that train manufacturing workers for jobs and help companies innovate.

The next generation of behind-the-scenes movers and shakers is rising up with fresh passion, bounding energy and unbridled drive — without them, the "new Buffalo" wouldn't have begun to take hold. Whether they're shepherding along the Queen City's entrepreneurs, reimagining what it means to be a full-service marketing agency or coming up with creative ways to match superstar workers with the companies that need and deserve them, the next generation of leaders in their fields is coming up fast.

Next Generation: Real Estate and Development

Buffalo's real estate and development community has been led by some highly visible people for many years, if not decades, but many less-familiar figures are stepping into that spotlight. In some cases, they’re already doing their own projects to put their imprint on the community. Others remain in executive positions supporting their mentors but are making an impact and quickly becoming the face of the newest real estate and development projects.

The expansion would add 2,215 square feet of space to the existing building, for a new total of 6,020 square feet.

A new generation of leaders is stepping up in Buffalo. (Derek Gee/News file photo)

A new generation of leaders is stepping up in Buffalo. (Derek Gee/Buffalo News)