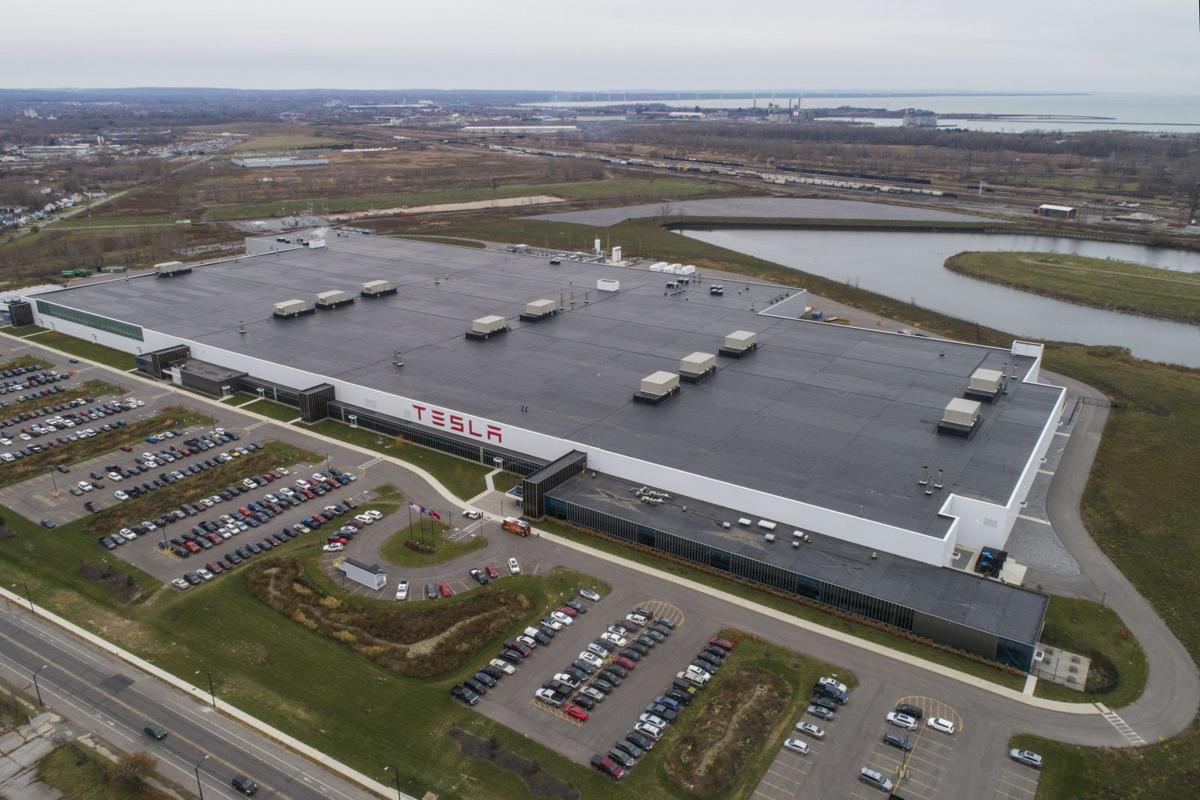 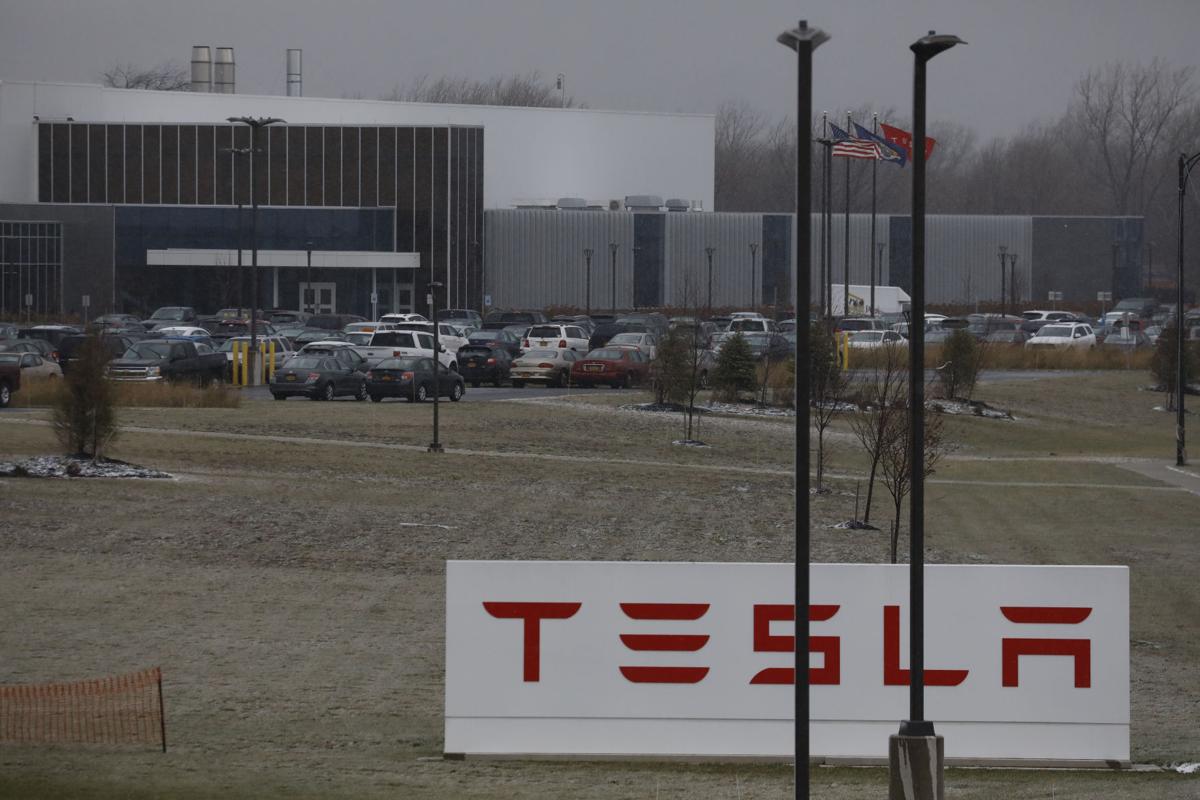 Another quarter, another delay for Tesla Inc.'s solar roof – the signature product of its sprawling Buffalo solar panel factory.

If the South Park Avenue factory is ever going to reach its goal of employing 1,460 people by April 2020, the electric vehicle maker is going to have to sell lots of solar roofs.

That's not happening now, and Tesla officials indicated this week that it likely won't happen until sometime later this year, after predicting just three months ago that it would ramp up production in Buffalo by June.

Tesla already is facing a huge uphill climb to meet its employment goal – or face a $41.2 million penalty from the state. The plant employed about 800 people before Tesla's 7 percent company-wide job cut last month. But it needs to increase employment there by more than 80 percent in the next 14 months to avoid triggering the penalty – assuming state officials try to impose it.

That climb is getting even steeper because Tesla's solar business continues to shrink.

Tesla's conventional solar installations fell by 17 percent to a five-year low during the fourth quarter. Its solar deployments last year were down 62 percent from just two years ago, when it was the unquestioned leader in the residential rooftop market with a market share of around 33 percent. It's now No. 2, and its market share is around 9 percent, according to analysts at Wood Mackenzie Power & Renewables.

Tesla doesn't expect the decline to stop, either. The company said solar deployments would drop even further during the first quarter to another post-2012 low.

That business needs to be growing rapidly – not declining – for the Buffalo workforce to grow. Tesla's partner, Panasonic, makes the conventional solar panels produced at the Buffalo factory, and Tesla is its main customer.

CEO Elon Musk believes the solar roof, which looks like a regular roof but has solar cells inside, is the next step in the evolution of solar energy, moving away from clunky solar panels attached to a roof in favor of an integrated system with solar shingles linked to batteries.

For that to happen, though, the solar roof has to work as promised. And it has to be affordable.

Yet Musk indicated that the solar roof – which costs more than twice as much as a conventional roof – still isn't ready for widespread commercial use, more than two years after the company unveiled the innovative product during a splashy event held on a Hollywood set.

Musk said Tesla still is testing the roof and working on ways to manufacture it more efficiently. And he said Tesla is purposely going slow so it can learn from its early versions as it tinkers with its design and figures out the best way to install it, especially in bad weather.

"We are continuing to install solar roofs at a slow pace to gather further learning from our design changes, as well as about the viability of our installation processes by implementing them in areas around the U.S. that are experiencing inclement weather," Musk wrote in Tesla's quarterly letter to shareholders.

The fourth-quarter earnings report also indicates how far down the Buffalo solar energy business is on Tesla's list of priorities. The company is focusing intently on cutting costs and boosting production of the lower-priced Model 3 electric-powered sedan that it views as the key to consistent profitability.

Tesla devoted two paragraphs in its five-page shareholder letter to the solar energy business. And the business wasn't mentioned during an hourlong conference call with analysts.

Musk, who has said he slept on the factory floor during the Model 3 production ramp this summer, has never visited the Buffalo solar panel factory. Yet he told analysts Wednesday that he plans to make several trips to China this year to check on progress at the electric vehicle plant it is building in Shanghai.

That China plant – not the solar roof – is a key part in Tesla's push to reach its goal of producing 10,000 vehicles a week, possibly by as soon as the end of this year, and to become consistently profitable. Tesla has been profitable for two straight quarters – the fourth quarter earnings were less than they were during the third quarter.

With Model 3 deliveries rising, the company anticipates saving about $400 million a year through the job cuts it made last month and it expects to have enough cash to pay off a $920 million convertible bond that is coming due in March.

“In 2019 and maybe for longer, Tesla isn’t about growth so much as cost-cutting,” RBC Capital Markets analyst Joseph Spak wrote in a research note. “If it doesn’t improve efficiency and continue to realize lower battery costs, then the demand point is moot.”

The cost-cutting is about more than making Tesla profitable. Musk said Tesla's products – from electric vehicles to its solar roof – are too expensive, which is why the company has been focusing on ways to make manufacturing more efficient and to reduce costs. That's a concern that becomes even more important if the economy falls into a recession, making consumers less likely to buy a $45,000 electric vehicle or a $40,000 solar roof.

"I do think the economy moves in cycles, and there's a fairly significant risk of a recession over the next 12 to 18 months," Musk said during the call. "But I'm confident that Tesla will remain at least slightly profitable even if there is a significant recession."

David Robinson: Tesla hits a fork in the road as it cuts jobs

Asymptomatic carriers of the novel coronavirus. People who leave the house while sick and mingle with others. Those who don’t wear masks in crowded public places. These are a threat to everyone when it comes to Covid-19, but of greater concern to those with an autoimmune disease. Medications that keep such conditions at bay but weaken the immune system

Where do Western New York’s workplaces stand with diversity and inclusion, and how can businesses improve? A survey backed by the public and private sectors will try to get at the answers. The Western New York D&I Business Community Assessment is set to kick off Thursday. More than 20 public and private sector entities are involved, including the cities