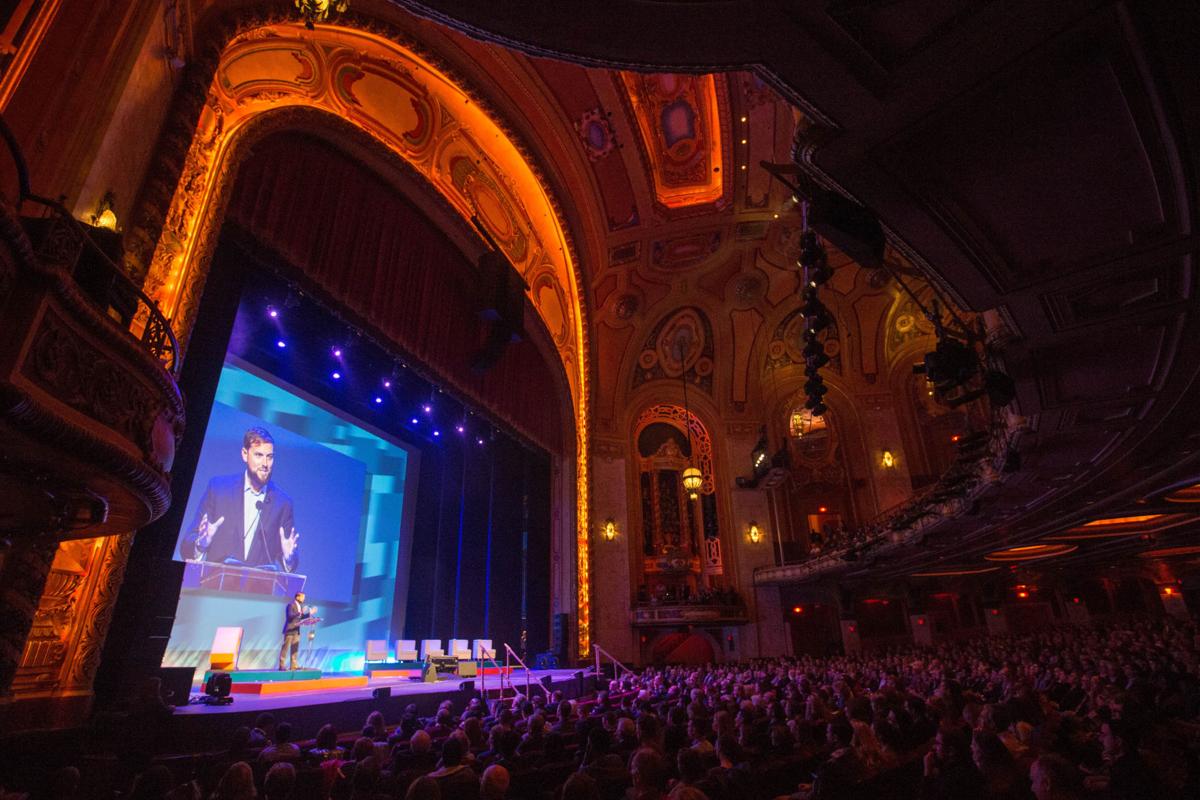 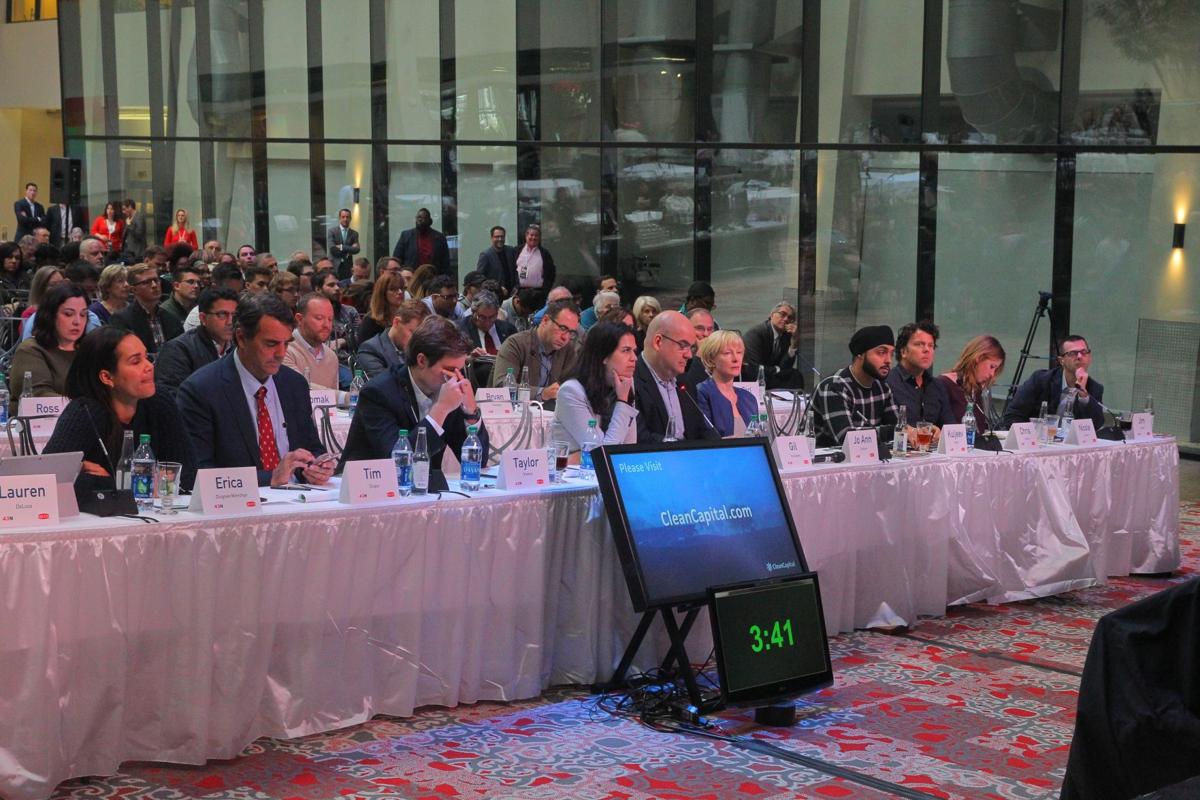 Judges listen to Jon Powers, co-founder of CleanCapital, as he gives his pitch at the 43North Competition in October. (John Hickey/Buffalo News file photo) 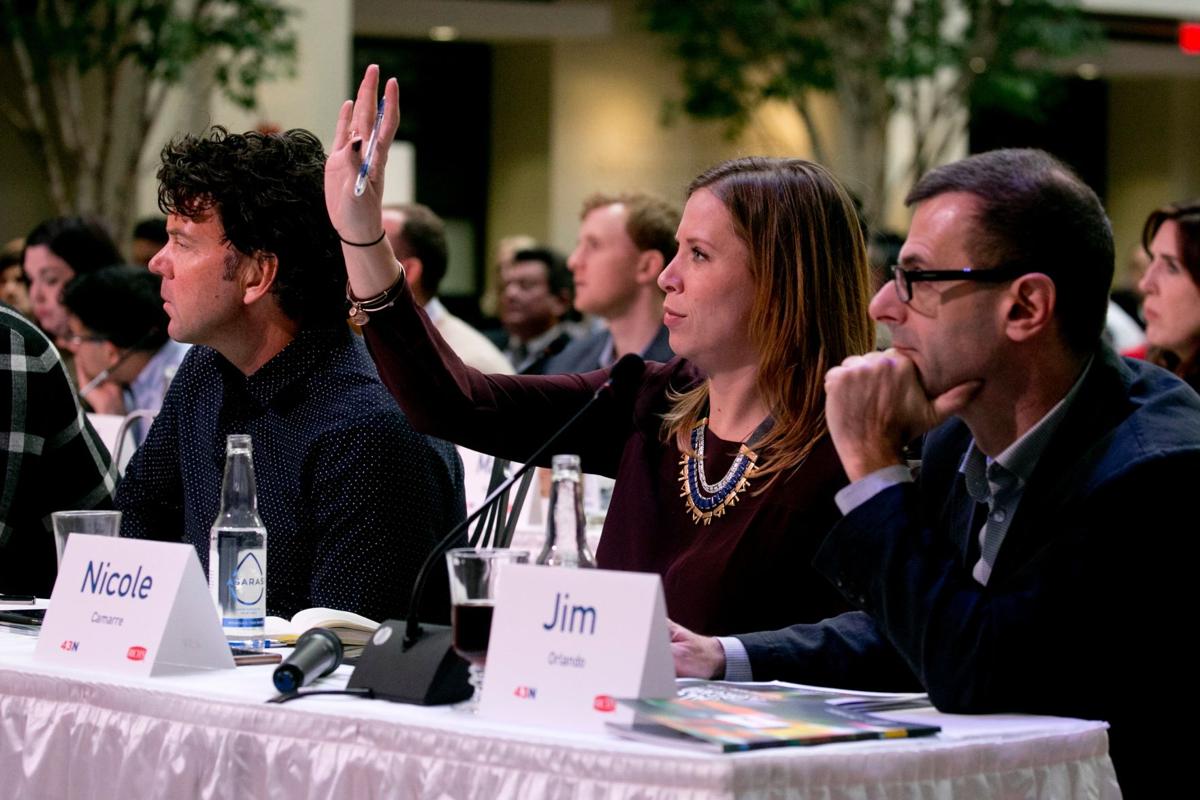 Nicole Camarre from Armory Square Ventures raises a hand to ask a finalist a question at the 43North competition where she is one of the judges in October. (John Hickey/Buffalo News file photo)

As 43North turns 4, the organizers of the $5 million business plan competition are getting picky.

And it’s mainly because they think they can.

As the contest has matured and established itself within the entrepreneurial community, 43North’s organizers last year shifted from a sweeping approach aimed at collecting as many applicants as they can, to a more measured approach that focused on quality over quantity.

This year, 43North is taking an even more selective approach.

“When we first did this, we spent a lot of time talking directly with entrepreneurs. Now, we’re concentrating higher up on the food chain,” said Peter Burakowski, 43North’s marketing manager.

Instead of traveling the country to make their 43North pitch to entrepreneurial groups that would attract a lot of startups, the organizers this year are traveling the country seeking out investors – angel investors, venture capitalists and the like – who regularly meet with promising startups that are looking to raise capital.

43North’s pitch to those investors: Keep us in mind. If you see an interesting startup that you think has serious potential as an investment, suggest that they apply to 43North. After all, if they are among the eight winners, they could walk away with anywhere from $500,000 to $1 million in prize money.

It’s about building on the relationships 43North already has established within the venture capital community during the first three years and finding new ones.

“It’s meeting face-to-face,” Burakowski said. “It’s letting people in our network know how important it is for us.”

It was that focus that took John Gavigan, 43North’s executive director, to San Francisco in late April for the Angel Capital Association’s summit, a gathering that brought more than 700 angel investors in one place. He wasn’t alone, either. He was there with John M. McMahon, founder and CEO of medical device company V2K Medical and one of the seven judges during last year’s 43North finals. McMahon offered to take Gavigan around an introduce him – and 43North – to some of the angel investors he knew at the summit.

“It’s relationship-focused work,” Burakowski said. “We feel there’s a lot of gold there.”

43North also is doing some relationship building of its own. Rather than waiting for promising startups to come to them, 43North’s organizers also are seeking out entrepreneurs who they think would be an especially good fit for the Buffalo Niagara region.

To find those standouts, 43North’s organizers look for companies in industries where the Buffalo Niagara region already is strong, in sectors ranging from health care devices and supplies to advanced manufacturing and tourism technology. It extends to sectors like clean energy, industrial gasses, food and commercial products and even a locally underserved, but highly coveted 21st century industry, such as apps and software.

“Then we have conversations with these companies,” Burakowski said. “If there’s not a fit there, we don’t try to hard-sell anyone.”

Last year’s contest showed the value of the new approach. Most of the 2016 winners came either from referrals or 43North’s own outreach efforts, Burakowski said.

“We’re not focused on volume,” he said.

The early days of the contest showed that 43North, with its top prize of $1 million, could cast its net far and wide, even for a competition that required the winners to spend a year in Buffalo and hand over a 5 percent ownership stake in their business.

In the first year, with organizers trying to build a buzz around a new competition with broad-based marketing, especially on social media, 43North brought in 6,900 entrants. The approach worked even better in 2015, when the contest brought in 11,350 applicants.

But that success also was a problem. In 2015, 74 percent of the entries were rejected out of hand because they didn’t meet 43North’s eligibility guidelines. For the qualified entries that remained, it took 3,300 man-hours – the equivalent of 137½ days – for 43North’s volunteer judges to sift through those applications and narrow it down to the competition’s 100 semifinalists. Sifting through all the entries was simply too much work – and too much of a drain on 43North’s limited resources, as well as its cadre of judges.

So last year, 43North tried to weed out all but the most serious applicants. It added an entry fee of $50 to $100. Applicants had to fill out a 60-question application that required entrants to both have a product and a plan to build a business around it. With its narrowed focus and its emphasis on quality, the contest drew just 542 entries, and that was just fine with 43North officials.

This year, with a little less than three weeks left before its 2017 application deadline, the focus also is on whether the resources that 43North and the Buffalo Niagara region have to offer interested startups are a good fit. A little more than half of the 21 winners from the first two years of the contest still have a presence in the Buffalo Niagara region, Burakowski said.

The contest this year has bulked up its mentorship program for its winners. It now assigns an individual mentor to each firm, matching winners like employment applicant screener HigherMe with former Dunkin’ Donuts CEO Jon Luther.

“We’re honing in more on fit,” Burakowski said. “If you’re a startup that’s really ready to grow, what do we have here in Buffalo that we can provide?”

Judges listen to Jon Powers, co-founder of CleanCapital, as he gives his pitch at the 43North Competition in October. (John Hickey/Buffalo News file photo)

Nicole Camarre from Armory Square Ventures raises a hand to ask a finalist a question at the 43North competition where she is one of the judges in October. (John Hickey/Buffalo News file photo)