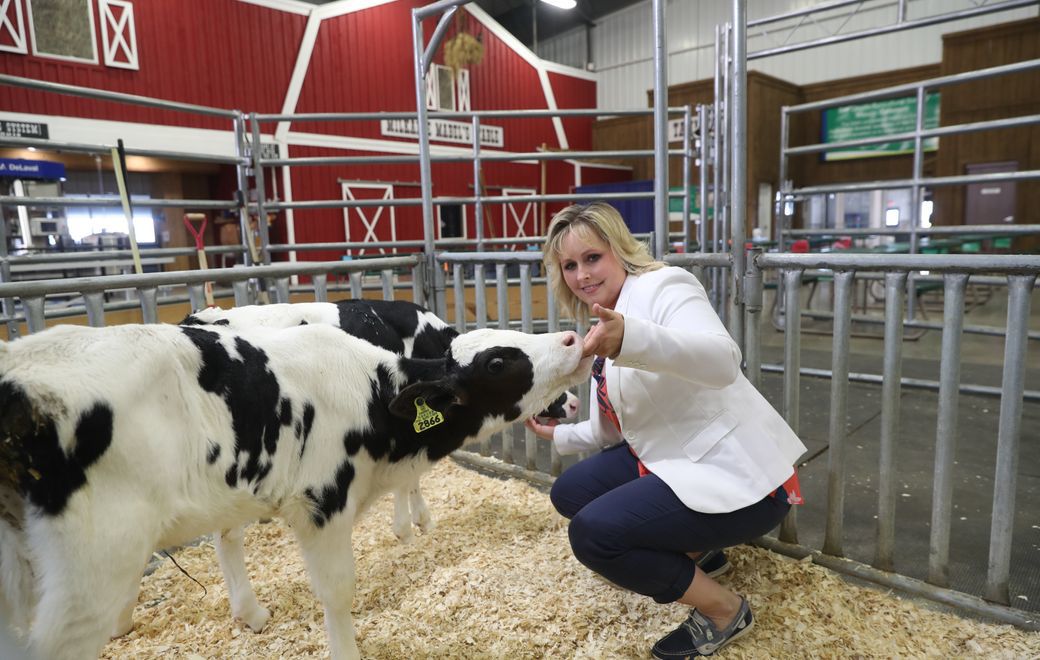 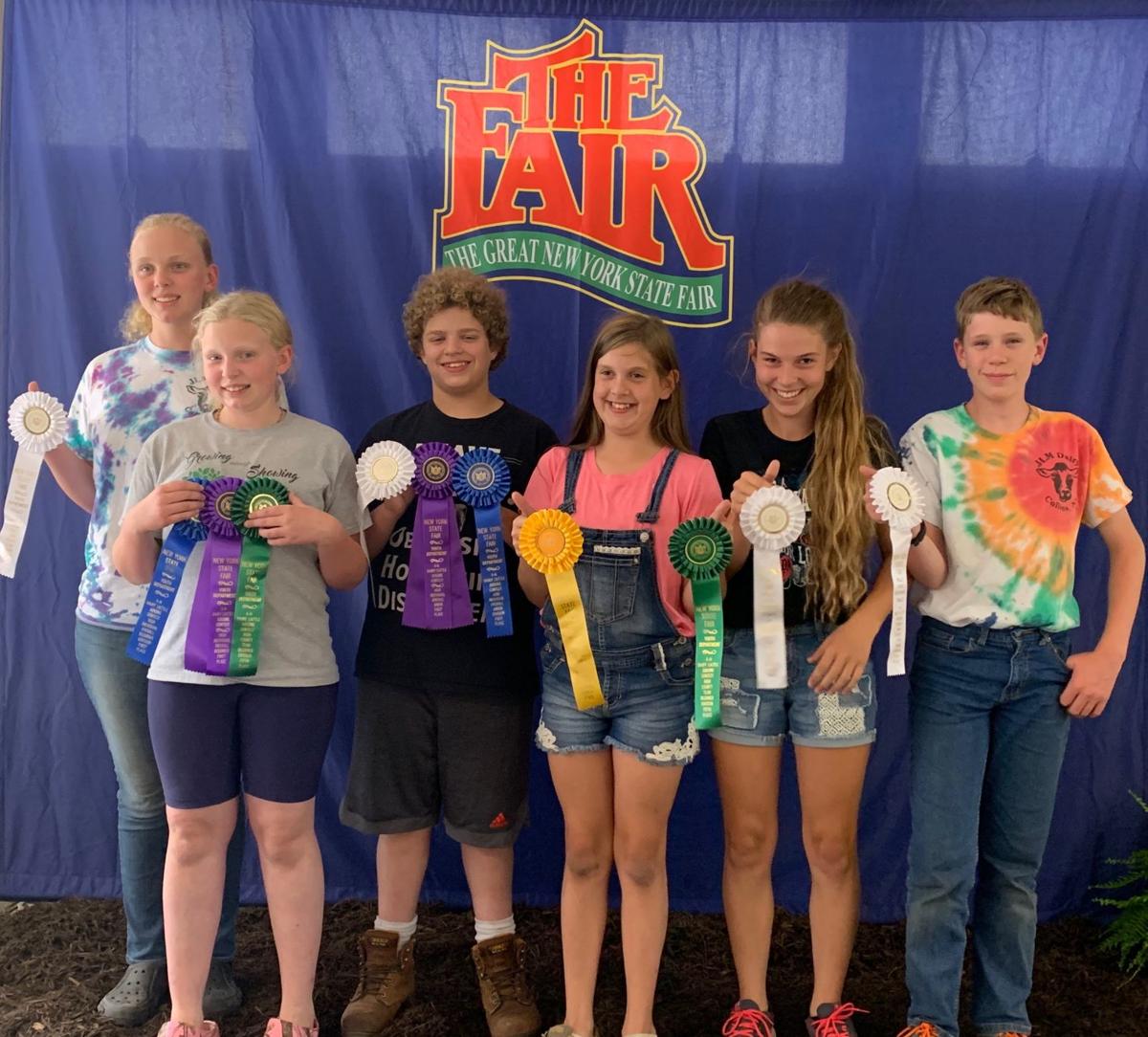 Isaac Holts (third from left) with some of his ribbons after displaying dairy cows as part of the 4h Youth Program at the New York State Fair. (Family photo) 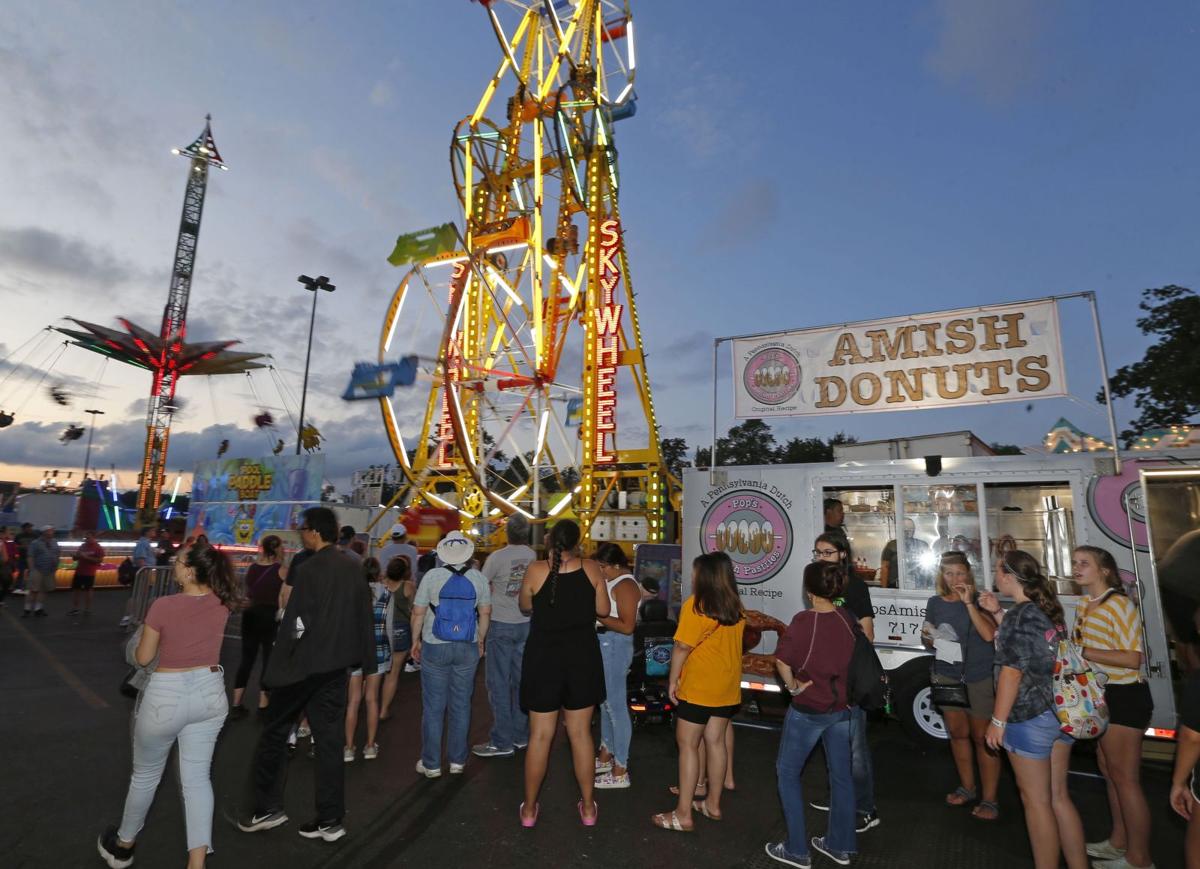 The Erie County Fair: The staff wonders about the impact of a longer state fair, near Syracuse. (Robert Kirkham/Buffalo News)

James Staub was far from the icy sidewalks of his Western New York home. He was selling french fries and deep-fried tacos Tuesday at the South Florida Fair, amid the gentle breezes of West Palm Beach, when his mobile phone erupted with text messages.

Within a new proposed state budget, Gov. Andrew Cuomo had just revealed that he seeks $4.9 million to lengthen the annual New York State Fair in suburban Syracuse by five days, moving it up enough to wrap in an extra weekend in mid-August.

“It makes it a tough situation,” said Staub, whose family operation involves selling “Jim’s Fries" and "Jim’s Deep-Fried Tacos” at shows up and down the East Coast.

In greater Buffalo, the change in dates translates into one fact: The expanded fair, beginning Aug. 21, would overlap with the final weekend of the Erie County Fair in Hamburg, ending what for many years had been a brief yet distinct August separation between two major upstate fairs.

"It's pretty crazy," said Jessica Underberg, chief executive officer of the Erie County Fair and Erie County Agricultural Society. She wonders why no one from the governor’s office contacted her before the announcement to discuss the obvious potential for conflicts.

Offered that question Tuesday, Cuomo's media office relayed it to Troy Waffner, director of the state fair, who said he had not been positive the fair would move ahead with five added days until he learned it definitively Tuesday, from the governor. The state has invested millions in recent years in the state fairgrounds, and Waffner said elevating the stature and performance of the state fair remains a Cuomo priority.

“It was never our intention to hurt anybody,” said Waffner, adding a guarantee: If there are vendors or livestock exhibitors from Hamburg who run into conflicts, he said his staff will work with them on a “case by case basis” to be sure they suffer no financial harm or major inconvenience based on the change.

"That deep-fried taco guy," Waffner said, with culinary gratitude. "We definitely want him back."

Sean Kirst: Demolition drivers now look to Hamburg for the 'big one'

Staub said the Erie County and Syracuse fairs are among his best events of the year. Historically, he joins in the furious midway activity just after the fair in Hamburg ends every August on a Sunday night. Like many vendors, Staub and his crew hustle down the Thruway to Syracuse, where they typically begin setting up less than a day later for what until this year had been a midweek state fair opening.

"I love both fairs," said Staub, who usually travels to Syracuse with his wife, Andrea, and sometimes with his father, Jim, the operation's founder and namesake. Staub predicts he would take "a big hit” financially if the head-to-head weekend forced him to choose one fair above the other, which Waffner vows will not happen.

A surprised Underberg describes herself as “not angry, just disappointed” about the way she found out about the decision. Amid rumors last October of an expanded state fair schedule, she said she emailed Waffner to ask what he had heard. At the time, she said, he responded that he knew of nothing definite.

Three months later, she was startled to learn through media reports of the governor's decision to add five days to the state fair. Underberg said it is not just the Erie County Fair that will be affected. She said the extended state fair will soon overlap with eight other county fairs around New York.

"I just wish we could have had a conversation," she said of Cuomo, Waffner and other state officials. "A lot can be accomplished through communication." While she was traveling last week, for instance, she said members of her staff attended a statewide trade show in Rochester for the New York State Association of Agricultural Fairs.

Underberg sees it as a lost opportunity. With all those county fair officials under one roof, it would have provided an ideal and timely forum for those administrators to share any worries with the state.

Instead, association president Jason Lawrence, on behalf of 52 county fairs, released a statement Wednesday night about the governor's decision that expressed concern "about the local County Fairs with overlapping dates, as well as the limitations this may create for those respective agricultural showcases and entertainment packages, as well as all of County Fairs throughout the State and how it might affect them, also."

Lawrence called it "frustrating that we were not told" about the plan, especially when the county fairs operate under state agriculture guidelines. His association has many worries, he said, including the timing of a statewide system of youth competitions that serve as qualifiers for the state fair.

"We had no idea this was coming," said Lawrence, who wrote that his members "await further information from the New York State Department of Agriculture and the governor's office."

The apprehension is especially keen in Hamburg, where administrators for decades have engaged in good-natured, back-and-forth needling with the state fair about comparative attendance. Last year, for instance, both fairs reported more than 1 million visitors.

Yet Underberg emphasized that she has always felt regional pride in the idea that two fairs of such magnitude could run back-to-back so smoothly only a few hours apart on the Thruway.

She wonders if the overlapping weekend will affect attendance in Erie County, a question she wishes she had been given an earlier chance to ask. Waffner said he doubts there would be significant crossover at that point in August. The timing, however, generates some uncertainty for livestock exhibitors who go to both fairs.

Ginny Folts of North Collins said her family has brought dairy cows to Hamburg and Syracuse for at least a decade, both as open exhibitors and as part of the 4-H Youth Program. Her son, Isaac, 14, is looking forward to Hamburg and to a state fair that on his scale of teenage joy, his mother said, "is like going to Disney World."

The “move-in” for their animals at the state fair is usually between midnight and 6 a.m., Folts said, “which is kind of tough if you’re traveling any distance.” She worries the added days will amplify the difficulty of moving livestock onto the crowded fairgrounds.

Waffner again emphasized that his staff will make a point of helping anyone affected by the overlap. He said some of that juggling already occurs with the Dutchess County Fair, a major downstate event running parallel to the first week of the fair in Syracuse.

Once the surprise of the announcement wears off, Waffner insists a close relationship will endure between the state fair and the Erie County Fair, and the delicate respect and balance between two landmark fairs will be maintained. With collective thought, he said, there might even be new opportunities for mutual promotions in Syracuse and Hamburg.

Underberg agrees the camaraderie between different fairs is one of the most powerful traditional elements of the profession. She recalled how she joined several members of her staff last year on a day trip to Syracuse via Amtrak, which offers direct service from Buffalo to the state fair.

“We rode out there and it was a great experience," Underberg said. "It’s how fair people are. In the end, fair people across the world share their successes.” She was describing a level of casual trust and cooperation that she sees as the most maddening absence in this whole saga.

As of Wednesday, with Cuomo's surprise still fresh in Hamburg, she had yet to get a call.

“If you’re inside where the public’s coming together, everyone – regardless of whether or not they’re vaccinated – should wear a mask,” Erie County Executive Mark Poloncarz said Friday morning.

Isaac Holts (third from left) with some of his ribbons after displaying dairy cows as part of the 4h Youth Program at the New York State Fair. (Family photo)

The Erie County Fair: The staff wonders about the impact of a longer state fair, near Syracuse. (Robert Kirkham/Buffalo News)