After nearly 33 years as a dentist, Dr. Todd E. Shatkin believes in the value of dental education, and the need for more dentists, especially in places like Erie County.

That is why he started a dental residency program four years ago, in partnership with New York University. And it is why he has proposed starting a new graduate dental school that would operate as part of Daemen University, to train as many as 120 new students each year in Amherst through a three-year program.

“This is kind of my passion, educating future dentists of America,” said Shatkin, whose son graduates this month from Tufts University's dental school.

But his $7.85 million project to create his Shatkin College of Dentistry alongside his existing Amherst businesses – a dental practice, dental training and dental implant manufacturing – is drawing criticism over the unusual structure of the relationship with Daemen, and his bid for nearly $400,000 in sales tax breaks from the Amherst Industrial Development Agency.

That's because instead of donating significant money to Daemen – and getting naming rights so the university can construct and launch a school – Shatkin will invest directly in the buildings and equipment, which he will own or control. Effectively, he is acting as a real estate developer and landlord for Daemen, which will rent space from the dentist for 20 years for the new school and a separate institute focused on helping patients with mobility challenges.

"He stands to recoup his investment over time, as the school goes on and the lease payments come in," said Daemen President Gary A. Olson. "It’s not a donation. It’s a business arrangement."

Amherst dentist Dr. Todd Shatkin of Shatkin Dental Health is partnering with the university to construct the Shatkin College of Dentistry in part of the Phillips Brothers Supply building on Kensington Avenue, close to Shatkin’s Amherst dental facilities and the town’s growing “Medical Spine” along I-290.

The structure of the deal is at the crux of the issue. The project isn't eligible for tax breaks under the countywide IDA policy and would need an exception from the Amherst IDA to get them. Other IDA board members are questioning the need for the project – which is outside of their role as board members – and whether the tax breaks are essential.

Had the project been structured around a donation, Daemen would not have needed to go to the IDA for tax breaks and would only have required town approval.

Shatkin will use vacant space in a building he owns at 2500 Kensington Ave. – which was redeveloped with the help of $992,000 in IDA tax breaks five years ago – and will also lease the nearby Philipps Brothers Supply Co. building. The 29,350-square-foot Philipps building at 2525 Kensington – which Shatkin will sublease to Daemen – will be the primary location for the dental school.

The center will offer services not yet available in WNY to patients recovering from strokes and brain and spinal cord injuries – or those diagnosed with multiple sclerosis and cerebral palsy.

"Our intent is to develop a razor’s edge program, a very, very contemporary model," said Daemen Provost Michael Brogan. "It’s crystal clear that this is a Daemen program, a Daemen operation."

Shatkin refused to discuss the specifics of the partnership.

And he rejected the criticism.

"Anybody that has criticism is just because they’re jealous or unhappy that we’re opening another school," he said. "That’s life. That’s the way the cookie crumbles."

Dr. Todd Shatkin and Daemen University are seeking nearly $394,000 in sales tax breaks for the $7.9 million project to bring a new dental school and physical rehabilitation center to the Amherst campus.

The project is more than three years in the making, and stemmed from Shatkin's initiative. The Shatkin family has a longstanding relationship with Daemen. Shatkin's mother, Joan, was on its board of trustees, while his brother, plastic surgeon Samuel Jr., is on the faculty. And Shatkin has previously supported the university's efforts.

"They were the logical first choice," he said.

"At first, they were not sure they wanted to get involved, but with a little arm-twisting and a number of discussions, they agreed to partner with me," Shatkin said. "I’m taking the risk by investing the money into the infrastructure to develop the school, the clinics, the equipment, to get the whole project up and running."

At the time, Daemen wasn't actively looking for a dental school.

"But it became clear that this was a good thing to do," Olson said. "Most small colleges wouldn’t suddenly decide to create a dental school. There’s so much involved in paying for the space and equipment. The partnership is what makes it possible for both sides."

The dental school – the only other one in the region is at the University at Buffalo – would employ five full-time faculty and administrators, 22 part-time faculty and five support staff. All would be selected and hired by Daemen. Shatkin is sharing the costs of curriculum development and regulatory applications, and will support the venture with programmatic and management services.

Shatkin is seeking $394,000 in sales tax breaks on materials and equipment purchased for the project. Without them, Daemen's lease costs would otherwise go up. Shatkin is not seeking property tax breaks.

Had Daemen done the project directly as the developer and owner – the more common model for a donated school – it would have been exempt from the taxes as a nonprofit. But both Shatkin and Daemen leaders say the university lacks the financial resources or physical space to take on such a project.

"If we had tried to pursue this project independently, without the assistance of Dr. Shatkin, it would be years away," said Terry Gilbride, an attorney and a Daemen trustee, who cited an independent fairness opinion that the university commissioned. "It might never have happened."

The school also is considered to be a provider of "retail services," which normally would not qualify for tax breaks.

Shatkin and attorney Laurence Rubin of Kavinoky Cook argued that the school would advance town goals of advancing higher education and professional services. They also said it will be a regional draw by creating new jobs, luring students, training new dentists and increasing economic spending.

"This region is underserved by dentists, so this will be helping to address that need in the community," Rubin said.

But members of the IDA board have questioned the need for the school and suggested that it is premature for action. Shatkin has noted that a consortium of the state's six existing dental schools has already cited a need for 1,024 more full-time dentists by 2025, with Erie County facing one of the biggest shortages.

"I just don’t see that it’s necessary," he said, noting that University at Buffalo graduates 120 dentists each year. "Is there proof of this?"

Board member Hadar Borden noted that Shatkin obtained tax breaks in 2017 for one of the buildings, with the promise of "significant impact that would be received because of the buildout, and now we’re focusing on offering an incentive on the same space."

Rubin said the earlier benefits applied to a different part of the building.

Daemen has applied for certification from the New York State Education Department and accreditation by the Chicago-based Commission on Dental Accreditation. But until it receives both – which is far from guaranteed, noted Jacqualine Berger, a longtime educator and the town board's representative to the IDA – the new school can't open.

And even Daemen officials say the tax breaks aren't critical, although Shatkin disagrees.

"This isn’t a deal-breaker or anything like that," Brogan said. "If this doesn’t happen for the Shatkin application, the plan still moves forward."

Shatkin submitted the proposal earlier this year, but withdrew the plan in response to some criticism over the project.

The Editorial Board: Daemen’s plan for a dentistry school will help both university and community

The school would offer another community benefit and health safety net.

The Amherst Industrial Development Agency board on Friday approved $992,000 in tax breaks for a company owned by a local dental surgeon who pl…

A company owned by Dr. Todd E. Shatkin is seeking $992,000 in tax breaks from the Amherst Industrial Development Agency for a $5.5 million exp…

An Amherst plastic surgery and dental practice is seeking tax breaks for a $5.5 million expansion that will provide more room for its growing … 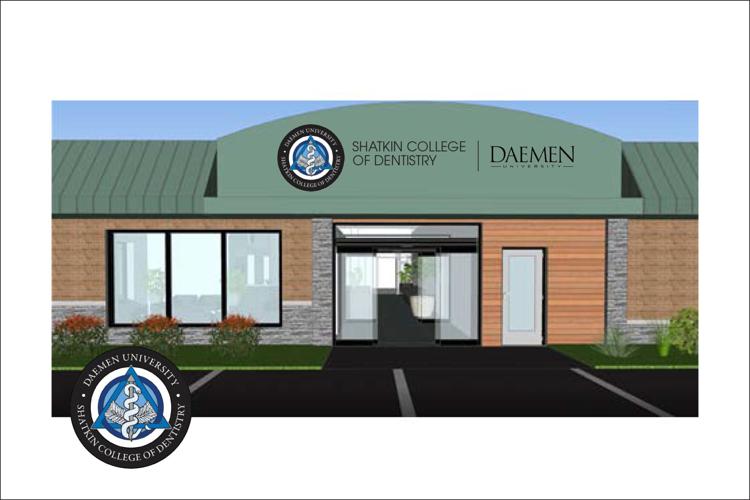 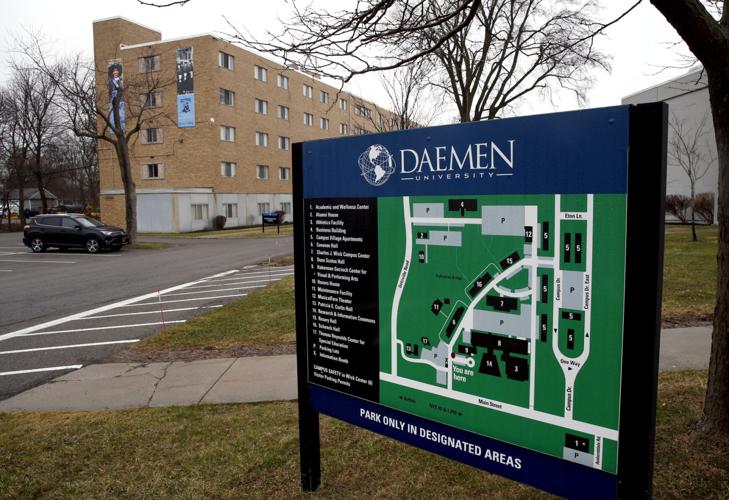 Daemen University is planning to add a school of dentistry, working with Dr. Todd Shatkin.