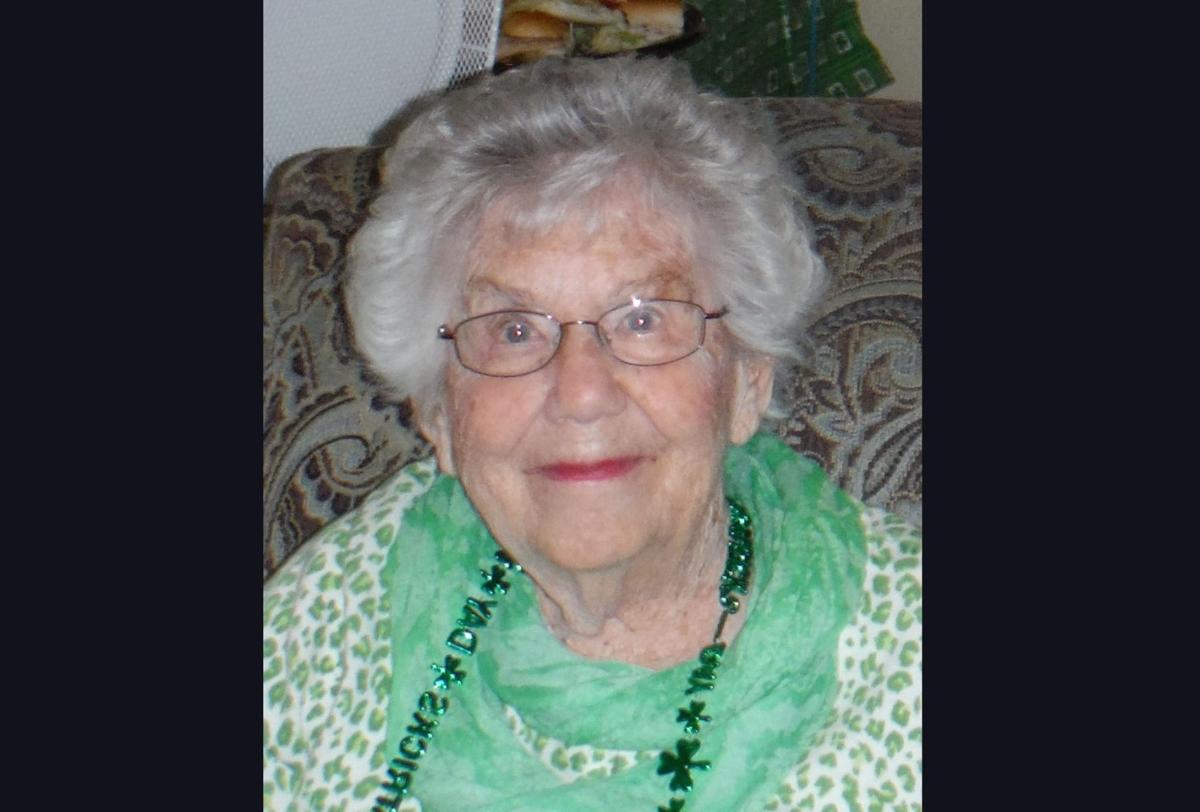 Doris Mathias, 102, who lived at the McAuley Residence, contracted the virus there and died Sunday afternoon. (Photo courtesy of family] 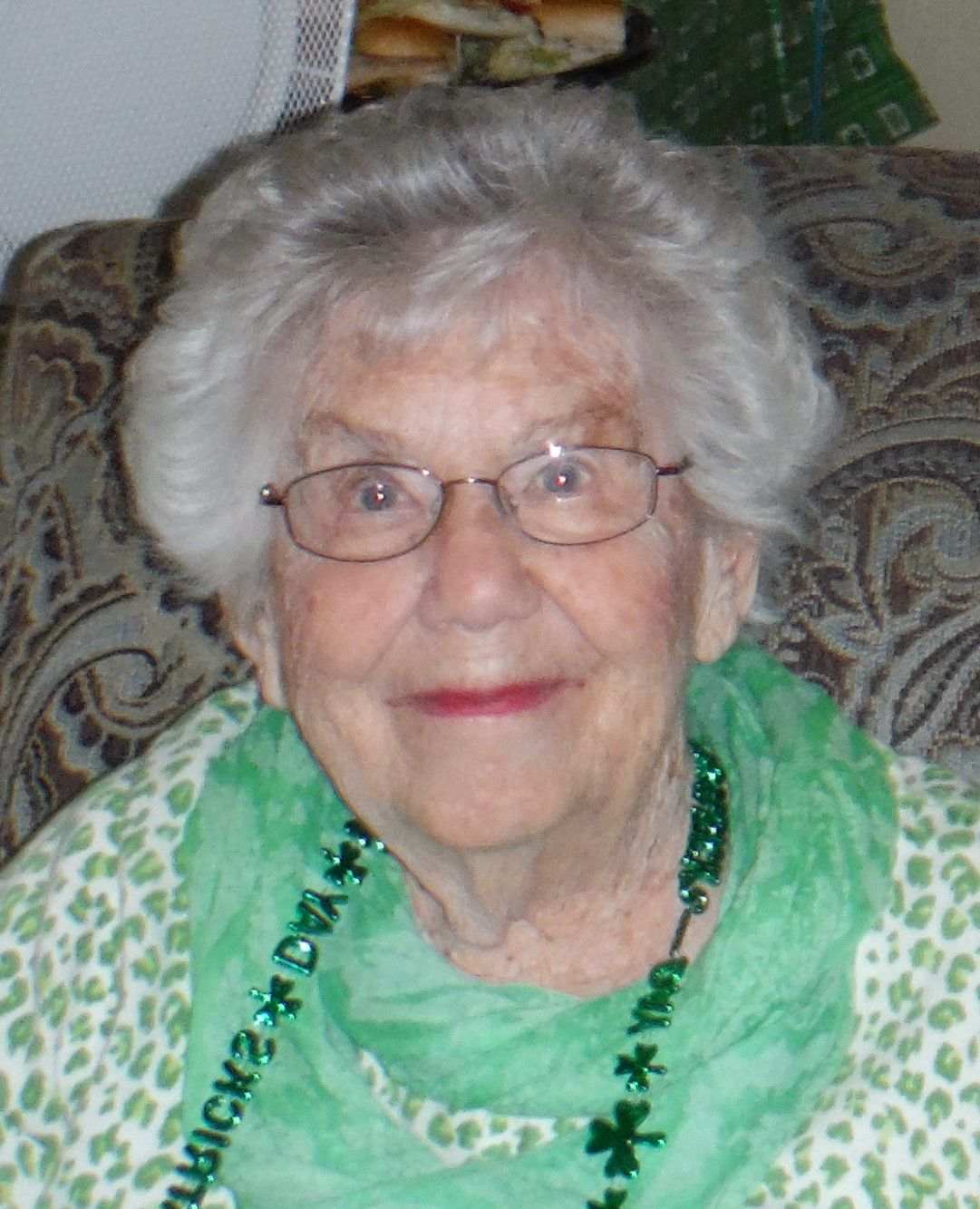 Doris Mathias, 102, died Sunday, May 17, 2020 from Covid-19 after contracting the virus at McAuley Residence nursing home in the Town of Tonawanda. [Photo courtesy of family]

Mary M. Barber had said she expected her 102-year-old mother to soon become part of the McAuley Residence's grim statistic. Sunday afternoon it happened, when her mother became the 27th nursing home resident to die from Covid-19.

The nursing home in the Town of Tonawanda has had an outbreak of the virus, but its magnitude has not shown up in public state Health Department reports on nursing home fatalities. That is because most of the residents who died were first transferred to a special nursing home in Orchard Park for Covid-19 patients.

Their deaths are not linked to McAuley Residence in a daily state Health Department report that identifies the number of Covid-19 fatalities at each of the state’s more than 600 nursing homes, but instead are recorded under the license of the facility where the residents died.

Catholic Health spokeswoman JoAnn Cavanaugh confirmed that the statistics are accurate. She said Catholic Health has followed state methodology for reporting the deaths and that the fatalities of patients moved from McAuley appear in the state's report under the facility to which they are transferred.

"Our hearts are with our residents, their families, and our staff at McAuley Residence. At the end of April, we tested all the residents and staff in the building for Covid-19, including those who were asymptomatic, and found many who tested positive," Cavanaugh said in a statement to The News.

The number of McAuley residents who had died from Covid-19 went up by one in a text the nursing home sent to residents' families on Saturday morning.

Her mother was at the Covid-19 treatment facility at St. Joseph Campus in Cheektowaga.

But Barber said she had still been receiving daily text message updates on Covid-19 at McAuley. One text said the 18 staff members who tested positive "are not in the building at this time.”

A licensed practical nurse from the facility, Joan Neudecker, died May 9 in Kenmore Mercy Hospital of Covid-19. She is the first nursing home worker in Erie County known to have died with the virus.

The state Health Department has reported only one coronavirus-related death at the McAuley Residence.

That apparently is a function of the transfers of Covid-19 residents to the St. Joseph Post-Acute Care Center, the temporary nursing home for Covid-19 patients in Orchard Park. That facility operates under Father Baker Manor nursing home’s license.

There have been a total of 48 Covid-19 deaths linked to Father Baker Manor as of Saturday morning, Cavanaugh said. Those include people who were transferred from other nursing homes and died at the St. Joseph Post-Acute Care Center.

"Because the St. Joseph Post-Acute Center was designed to provide the best care for this patient population, who do not require or through their wishes do not want hospital care, most of the residents who tested positive were transferred to this site," Cavanaugh said. "Once patients recover and test negative, they will return to McAuley Residence. One resident returned to the facility today."

McAuley Residence is licensed for 160 beds and has a “much above average” overall five-star rating from the federal government.

Mathias entered the McAuley Residence in November 2018. Her daughter said she had visited her mother, a long-time Town of Tonawanda resident, every day until March 12, a day before the state imposed a ban on visitors to nursing homes to try to stop the spread of the virus.

Barber said Mathias tested positive for the virus on May 6 and on the same day was transferred to St. Joseph Post-Acute Care Center.

Last Saturday, Barber said she received a call from the facility that her mother was experiencing labored breathing and needed to be transferred to the St. Joseph Campus hospital.

“I agreed to have her transferred and was told she had a urinary tract infection that had gone into her blood,” Barber said Friday. “This morning I received a call that they had done everything that they can and that her breathing had become worse and at this point they wanted my approval to start comfort measures.”

Barber said she agreed to the request.

“I haven’t seen my mother since March 12 because of the visiting ban,” said Barber, adding that the facility basically was saying it was waiting for her mother to die a natural death and that it was horrible waiting for that final phone call.

On Friday, before getting word of her mother's death and before the other death was announced Saturday, Barber said she wanted to know how 64 residents in long-term care at McAuley tested positive and 25 died.

“It is just staggering,” Barber said. “I can’t figure out how this happened when the facility said they are doing everything they can, but here we are.”

Why you should shop small and support local businesses

Why you should shop small and support local businesses

Only 31 of the 617 nursing homes in New York have earned the top five-star rating in staffing in July from the federal government.

After a nursing home worker contracted Covid and died, her employer should have notified the federal government of the work-related fatality within eight hours. Instead, the McAuley Residence waited six days.

Doris Mathias, 102, who lived at the McAuley Residence, contracted the virus there and died Sunday afternoon. (Photo courtesy of family]

Doris Mathias, 102, died Sunday, May 17, 2020 from Covid-19 after contracting the virus at McAuley Residence nursing home in the Town of Tonawanda. [Photo courtesy of family]