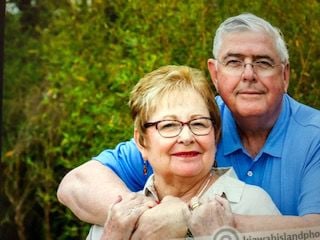 The funeral services for Linda Gouck, on left, were changed by her husband, James, at the last minute because of Covid-19 precautions. Instead of a public wake and funeral service for the teacher, a private graveside service was held Wednesday, March 19, 2020 for her immediate family. (Provided photo) 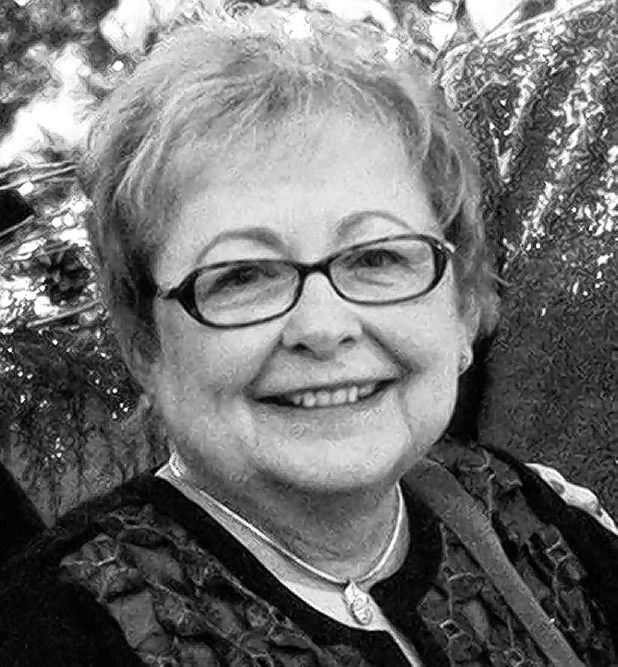 Linda Gouck died March 12, 2020. Her husband had to change the plans for her funeral at the last minute because of the COVID-19 precautions limiting the size of public gatherings. (Provided photo) 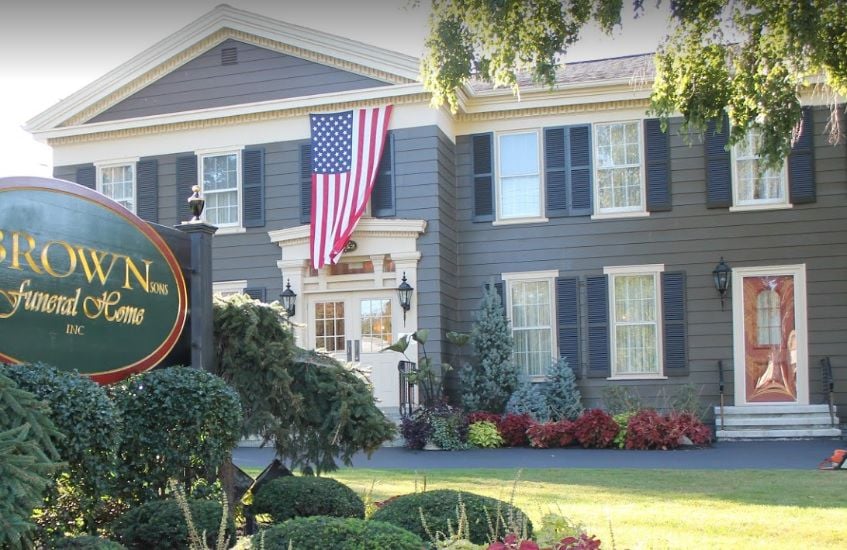 After his wife, Linda, died on March 12, James C. Gouck ran a death notice in The Buffalo News on inviting friends to a wake on Tuesday and a church service on Wednesday.

Linda R. Gouck was a beloved teacher and mentor to other teachers in the Orchard Park Central School District for 31 years. James Gouck anticipated hundreds of people would show up to pay their respects, and he wanted to do whatever he could to honor his wife of 52 years.

But Gouck also worried about the possibility of a large turnout exposing people to the novel coronavirus.

So, Monday night, he and funeral director Timothy J. Gardner decided to dramatically alter the original arrangements, limiting them to a graveside service on Wednesday for immediate family only.

Across Western New York, the process of grieving lost loved ones is getting upended in the pandemic. Funeral homes are caught in the middle of trying to serve the needs of mourners, while protecting their staffs from contracting the virus and adhering to new state directives on gathering sizes.

“I come to work, and it feels like my shoes are on backwards. It’s a very different and strange challenge for us,” said Gardner, who runs F.E. Brown Sons Funeral Home in Orchard Park.

Gardner said funeral homes were unlike other businesses in that they focus on grief, which is unpredictable and needs an outlet. But handling grief requires the very actions that the government recommends against right now, he said.

“Part of the piece of the puzzle of grief is compassion. Compassion is hugging, kisses, shaking hands and assuring people that everything’s going to be OK,” said Gardner. “Grief is its own monster. It comes and goes. We don’t have any control over when we’re going to cry. So that’s why we have these things called funerals and wakes; it’s a safe place to share your feelings."

Gardner rewrote Linda Gouck’s death notice on Tuesday explaining that immediate services will be held privately “due to the circumstances regarding Covid-19.” It also said that a memorial wake and church service with friends would be held later.

“Her friends were really torn. I think they were relieved when we told them, but they were going to be there,” said James Gouck.

Gouck said he hopes the memorial wake and service, “after we get through this crisis,” will help bring some closure for his wife’s many friends.

“It might actually be better from the standpoint that people will have had time to heal and it won’t be as emotional. It will be more about what she accomplished during her life versus the tragedy of the funeral,” he said. “As Tim put it very accurately, if people came now, all they would be talking about is the virus. And that’s the harsh reality of it."

Funeral homes already have taken it upon themselves to work with families on keeping gatherings smaller and “most families are understanding,” said Erie Niagara Funeral Home Directors Association President John Latimore.

But the state Health Department, which regulates funeral homes, has yet to provide any specific guidance for limiting the size of wakes and services. And, in the absence of a state-ordered standard, Latimore said some funeral directors were concerned that they could potentially lose business to a funeral home that’s willing to host larger gatherings.

“I don’t know how we control that. If I don’t do it, will the next guy do it? Will my competition do it?” he said.

Latimore said most colleagues he’s talked with are trying now to limit viewings to immediate family only, with public wakes and services to be held later.

But even with those changes, funeral homes are about as difficult a spot as there is to socially distance from others.

“We’re in a high-contact area. People are crying, blowing their noses, touching and wanting to touch,” said Latimore.

Daniel L. Smolarek said there’s no question the novel coronavirus already was having a huge impact on how funeral homes do business.

“Obviously, it’s going to be no way you can have a full gathering with a full place and have a receiving line. It’s just not going to happen,” said Smolarek, president of Daniel R. Smolarek Funeral Home in Cheektowaga.

“Unfortunately, the funeral is normally for the living, as well. That’s the problem. You’re trying to heal these people, and at the same time it’s going to be different, because they don’t have the surrounding of the loved ones like they at one time would, at least not in the immediate future,” he said.

By Thursday, several more death notices published in The News included language explaining that Covid-19 was limiting services to immediate family members only or that visitations would be monitored to curb gathering sizes.

Dengler, Roberts, Perna Funeral Home in Kenmore stopped publicizing wake hours and was offering visitations for family and close friends for up to two hours, locking the doors when 50 people were inside, said funeral director John S. Dengler.

“We’re all trying to do the best for families with the conditions we have,” he said. “If they think they’re going to have 200 people, well, we can’t accommodate that.”

Some funeral homes continued to hold public wake times, but in many cases people who were not part of the immediate family were staying away.

“This is a time where you need your family and friends and, unfortunately, sometimes you won’t get that direct hug or contact with them,” said Dengler. “I believe people will send more sympathy cards and notes and emails.”

Dengler said his funeral home will soon offer livestreaming of services for mourners.

Mercy Hospital to use replacement workers amid strike threat

The Communications Workers of America, which represents nurses, technologists and service workers at Mercy, ratcheted up the pressure in contract talks Monday when the union served notice of its intent to strike in just over a week.

The funeral services for Linda Gouck, on left, were changed by her husband, James, at the last minute because of Covid-19 precautions. Instead of a public wake and funeral service for the teacher, a private graveside service was held Wednesday, March 19, 2020 for her immediate family. (Provided photo)

Linda Gouck died March 12, 2020. Her husband had to change the plans for her funeral at the last minute because of the COVID-19 precautions limiting the size of public gatherings. (Provided photo)