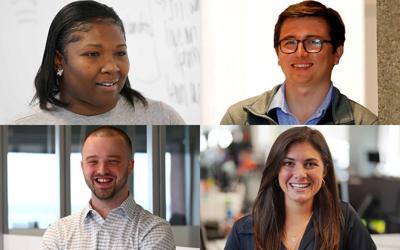 You don't have to be a software engineer or know how to code to work at one of Western New York's fast-growing startup companies.

Evan Dressel leveraged his experience managing his family's pizzeria into a position at ShearShare.

Shana Johnson brought her passion for helping others to Centivo.

Nationally, a record number of employees are leaving big finance and tech firms, like Facebook, Amazon and Goldman Sachs, for smaller startup companies, according to data from workforce intelligence firm Revelio Labs.

For workers, especially those in the early stages of their careers, startups can offer an accelerated career path, even if the pay might be lower at first, a Revelio Labs report found.

"In addition to faster promotion periods, fast-growing startups require employees to think on their feet and quickly react to market changes," the report said.

But working for a startup is not without risks, most notably the risk that the startup will fail. About 1 of every 5 new businesses go under within the first year, while half fail within five years and two-thirds have shut down within 10 years, according to data from the U.S. Bureau of Labor Statistics.

Many employees are lured into startups because they feel their ideas are listened to and they can see the impact their work has had on the growth of the company, Petrella said.

Additionally, startup companies typically boast a flexible, relaxed work environment that's attractive to employees with good benefits and well-paying jobs. Early employees are often offered equity in the company and that can pay huge dividends if the company is bought out or goes public.

Though more and more startup companies are geared toward technology and there is a demand for tech employees – especially in Western New York – employees like accountants, customer service representatives and sales people are vital parts of these organizations as well.

Evan Dressel is a customer success advocate at ShearShare, an online platform that allows barbers, hairstylists, estheticians and others in the beauty industry to rent temporary salon and barbershop space. ShearShare started in Texas, but husband and wife founders Tye and Courtney Caldwell moved the company to Buffalo after winning prize money from 43North last year.

Dressel works with ShearShare's customers to help them resolve any issues they are having with the platform, he said.

After graduating from SUNY Brockport with a degree in journalism, Dressel spent four years managing his family's pizzeria in Amherst. He and his family decided to sell the restaurant in October and he was hired at ShearShare in January.

Dressel said he knew he wanted to work for a small company because he likes the closeness and family-like atmosphere.

"The people here are just so nice and so open," said Sam Eder, CEO of Big Wheelbarrow, a supply chain software platform that connects local growers with supermarkets to sell their produce.

"I wanted something that I could have a much more intimate relationship with everyone in the company, rather than have 200 people and not know who you're sending your work to, not know what they're expecting from you, never know who your manager is, never meeting them," he said.

Dressel said he found that at ShearShare. He was one of the first three people hired by the company after it moved to Buffalo.

But his favorite part of the job is working with ShearShare's founders, who he said are open-minded. The Caldwells will listen to their employees' ideas and have even implemented some, Dressel said.

"I don't know how to code. I don't know how to do certain technology things," Dressel said. "Even if you have very limited or no knowledge in what you're doing, as long as you come in, have a good attitude and a good work ethic, they can give you the world."

Shana Johnson walked away from her job interview at Centivo feeling like she could be part of a team.

"Everyone was so close," she recalled. "Everyone knew each other. That made me feel good."

Now, a little over a year into her job as a member care specialist at Centivo, a digital health plan startup, Johnson can confirm the initial feelings she had were right on.

She described Centivo as having a personal atmosphere,  where everyone really does know each other. After the May 14 mass shooting at the Tops in Buffalo, one of Centivo's top executives, Chief People Officer Stephanie Argentine, texted Johnson to see how she was doing.

"I feel like part of the company," she said.

As a member care specialist, Johnson takes calls from members and providers, helping to answer questions they may have about their benefits or claims.

She got her start in the health care industry when she became a certified medical assistant through UB's Educational Opportunities Center. She worked as a personal care aid for a while before getting into the insurance field in 2016. Johnson started her job at Centivo in April 2021.

Johnson sees her job as a way to educate people on what their benefits are and explain to them what their plan covers.

Centivo is growing. It's raising big money. And it's based in Buffalo

"Once we educate them, the call goes from like 100 back down to one," she said.

Before working at Centivo, Johnson worked for a well-established insurance company where there were already policies employees had to adhere to. At Centivo, the policies are still evolving and employees like Johnson can give their input.

"To actually see the growth in front of me and be a part of it is really exciting," she said.

Johnson said she sees opportunities to advance within the company and would like to move into a supervisory role at Centivo in the future.

Sean Andrews knew he wanted to be part of a startup since he first saw the HBO show "Silicon Valley."

Andrews started at Circuit Clinical in March 2021 as an accountant, but he was always more interested in financial analysis, he said. He worked at Amazon as a financial analyst for about a year after he graduated from Canisius College with a degree in accounting and accounting information systems.

In his role, he gets to work with all of Circuit Clinical's departments, like the operations, sales and executive teams.

At a startup, there's "no real barriers" to what you can accomplish if you're willing to take initiative, Andrews said.

"Nobody's going to be telling you exactly what you have to do for all eight hours of the day," Andrews said of working at a startup. "You're going to have to come up with stuff that you think could help the company."

Being part of a quickly growing company means no two days are the same for Andrews. And having friendly co-workers who care about each other and the company's mission help make the inevitable bad days that come along better, he said.

When Marirose Brucato worked for Ingram Micro's Buffalo office in 2017 and 2018, she remembers how co-workers would talk about ACV Auctions.

The online vehicle auction company was growing rapidly at the time, just a couple of years after winning $1 million from 43North and a few years out from going public on the stock market in March 2021.

Brucato was intrigued by what she was hearing about the young company, so she made the jump over to ACV.

She has been there for almost four years and is a lead national manager of business development.

Brucato's job is to travel to ACV's territories and work with managers to help grow the company's market. She also acts as a kind of liaison between ACV's headquarters in Buffalo and the territory managers, training them and giving them the tools they need to operate from thousands of miles away, she said.

Nineteen people recently graduated from Buffalo's Tech Academy Data Analytics Bootcamp, a first of its kind in Western New York that was held at Seneca One tower.

Brucato graduated from SUNY – Buffalo State with a degree in public communications. She also has worked as an assistant manager and event coordinator at  a Buffalo restaurant.

Before starting at ACV, Brucato knew nothing about the automotive industry, she said, but has learned along the way. She appreciates that ACV employees come from a variety of backgrounds.

"You could go visit a territory manager who's worked at a dealership for 30 years or somebody who worked in the auction industry or someone who has no experience in the automotive industry at all," she said. "You just pick up so much from everybody."

Brucato said she is always learning something new and adapting to the changes that come with a growing company.

"When I started here, everything was growing," Brucato said. "We were constantly celebrating different milestones, so you constantly felt like you were part of the team and part of the growth with the company. It was completely different than working at a 20-year-old plus company that's very established. You feel more influential here."

To date, Centivo, a firm founded in 2017 that offers innovative and affordable health plans for self-insured employers, has raised $148 million, including a $51 million investment in September.

43North officials decided this spring to offer fewer but larger prizes in its business startup competition – and they said the move brought it more applicants of a higher quality.

The Amherst IDA approved an incentives package that includes $1.77 million in property tax breaks, $743,750 in sales tax abatement and $105,000 in mortgage-recording tax breaks.

For Buffalo Niagara to grow, startups are a good place to start, Fed's John Williams says

Williams, on a 2-day tour of the region, liked what he saw in the steps the area is taking to encourage entrepreneurs to take a chance and start their own business.

Buffalo's angels all hope to hit it big, but that's not their primary motivation. They see investing in startups as their way of contributing to the region's economic resurgence. 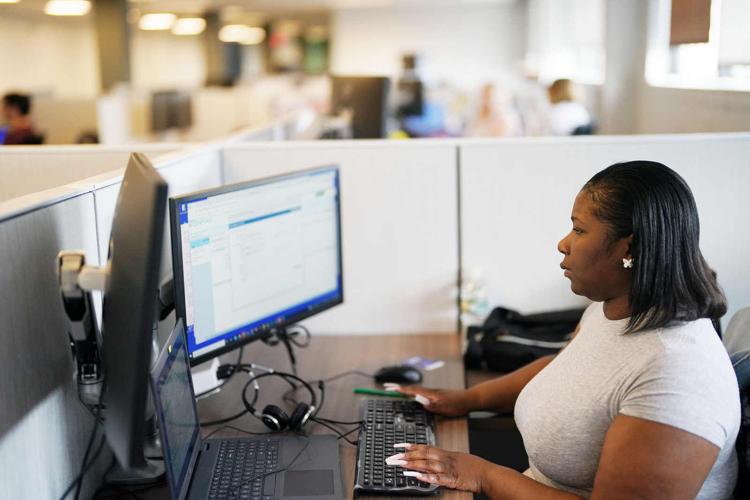 Shana Johnson is a member care specialist at Centivo. 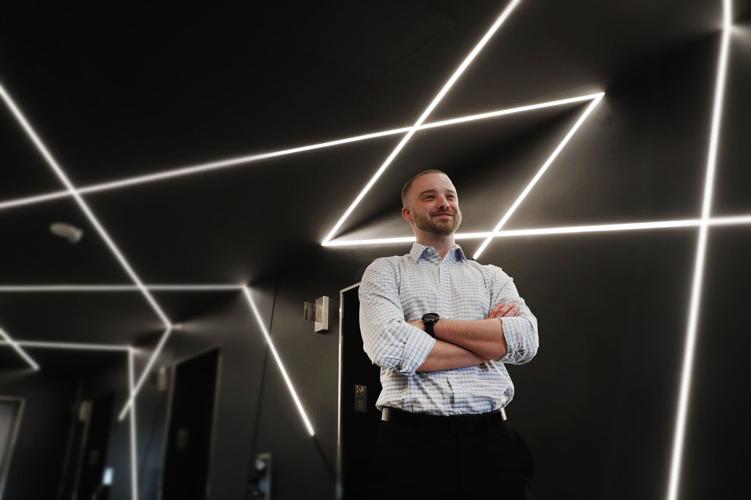 Evan Dressel is a customer success associate at ShearShare, a platform that lets beauty and barber professionals rent salon space. . 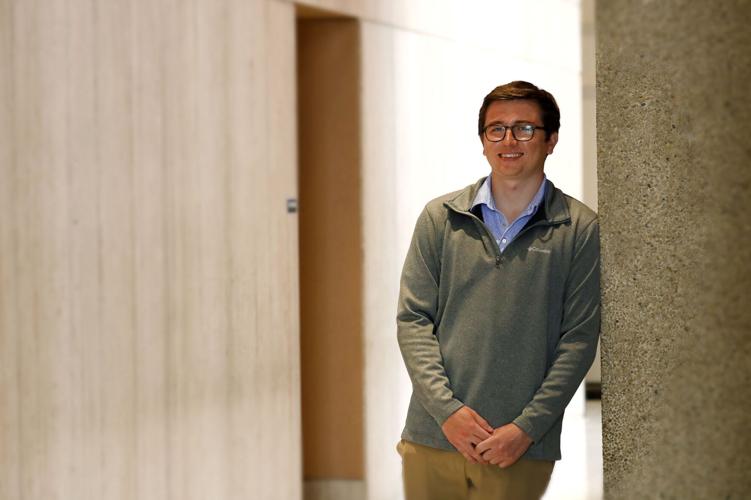 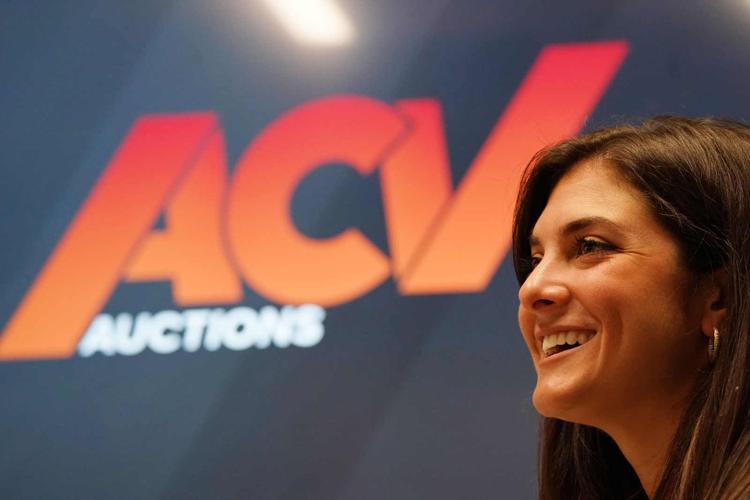 Marirose Brucato is a business development manager at ACV Auctions. 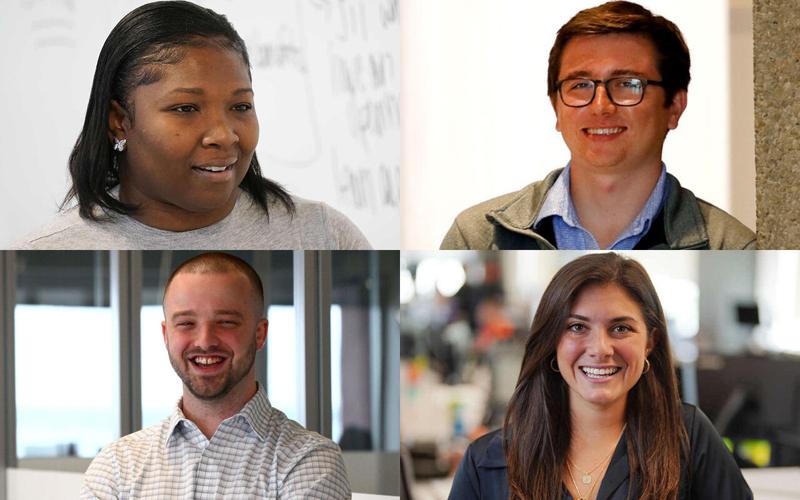