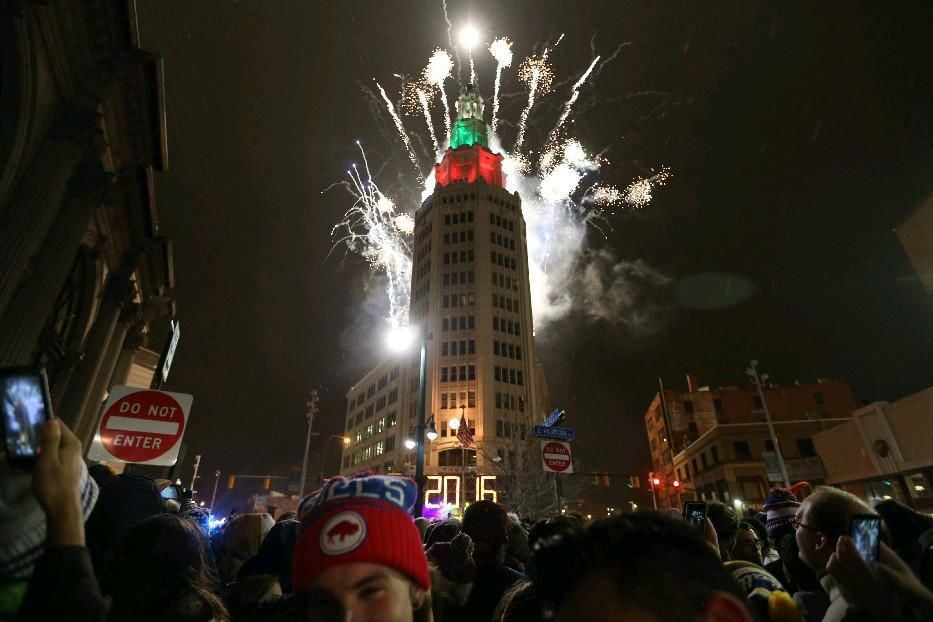 The lights atop the Electric Tower are headed for an upgrade. (Sharon Cantillon/News file photo) 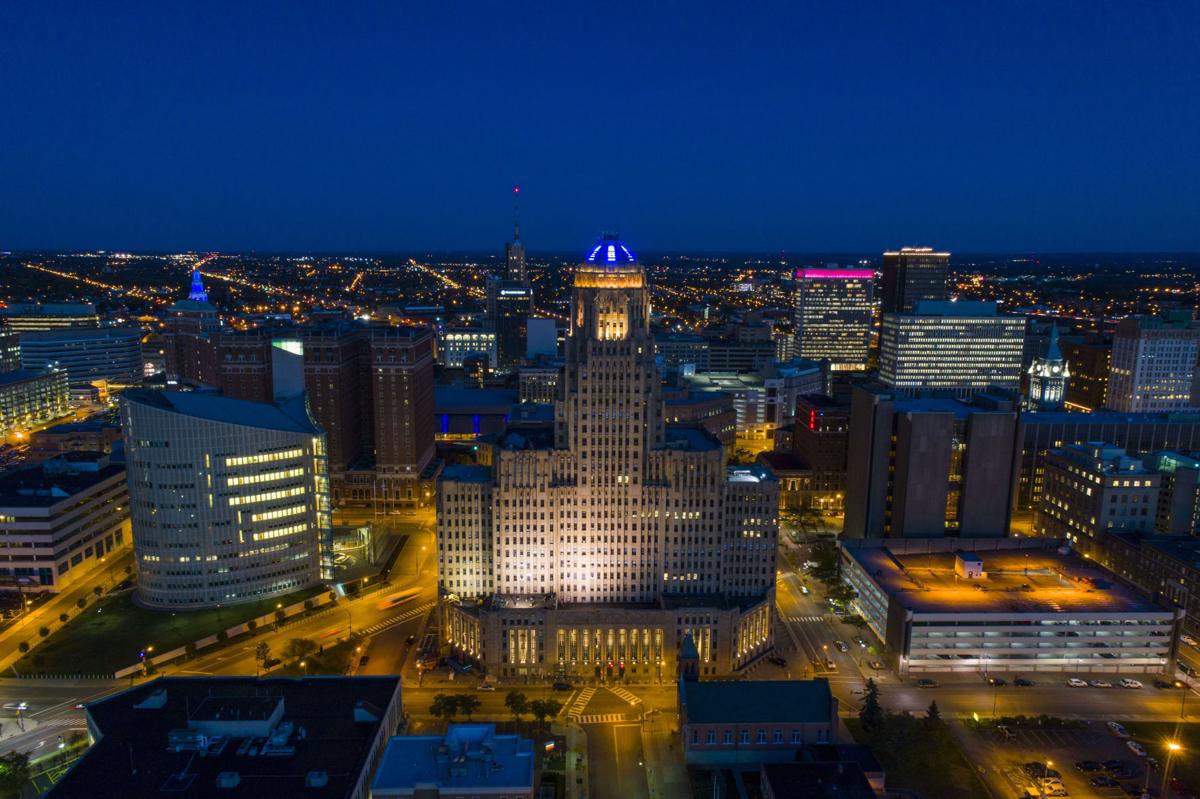 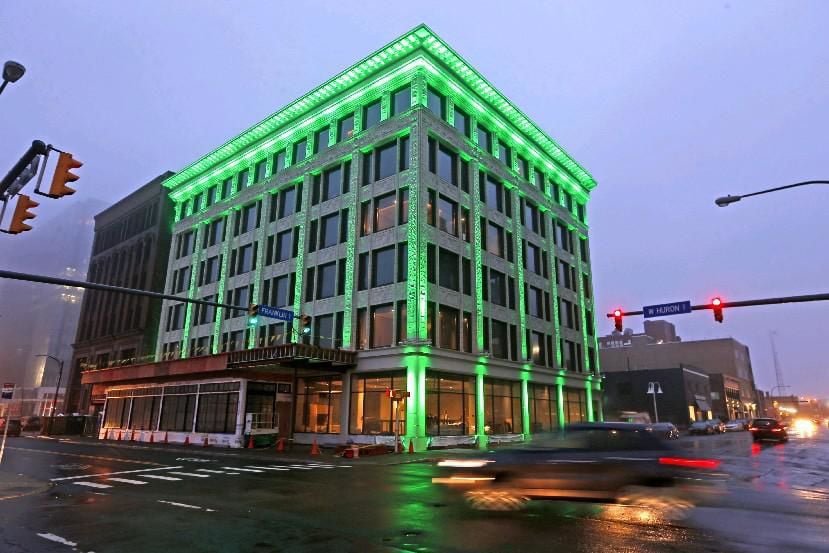 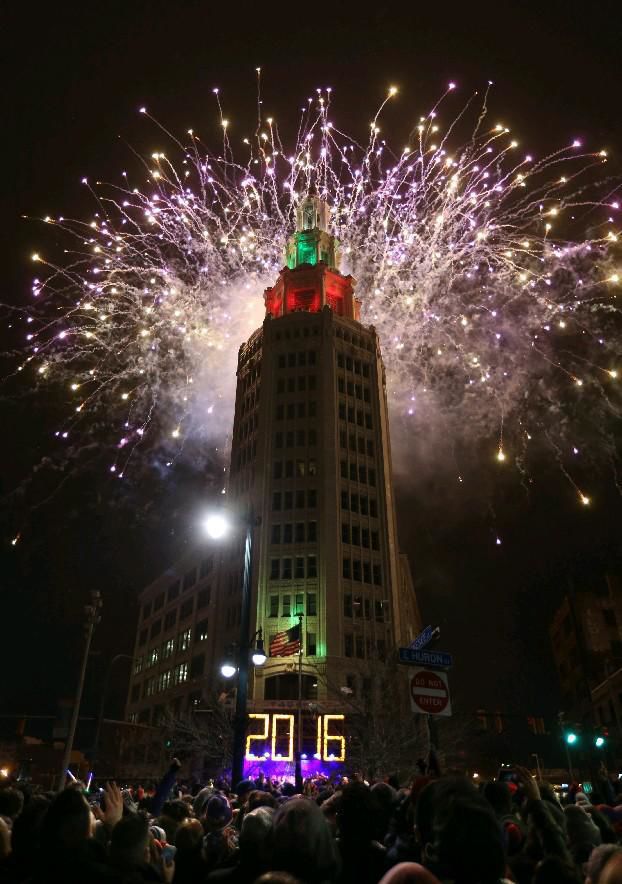 The top of the Electric Tower will temporarily go dark — but return aglow with an improved lighting system.

The downtown landmark, which was patterned after the Tower of Light at the 1901 Pan-Am Exposition, is known for colorfully illuminating its top three sections, especially on holidays or to mark special causes.

The top three sections — known as the "cake top" — will go dark for about 10 to 15 days while the building upgrades its exterior lights to an enhanced LED system. Iskalo Development, which bought the Washington Street building in 2004, said the new system will support "an expanded and more vibrant color spectrum" and will use less energy. The project started Monday.

David Chiazza of Iskalo Development said the new system will replace a first-generation LED system that was about a decade old. The company expects the new system will save on energy costs in the long run, but its primary reason for making the change was that replacement parts for the old system were becoming hard to find, Chiazza said.

Some other city buildings are also drawing attention after dark with their updated lighting features, including the Curtiss Hotel and One Seneca Tower.

"The Curtiss has become the icon for downtown lighting, because we're down at ground level at a major-impact intersection," at Huron and Franklin streets, said owner Mark Croce. The Curtiss building is near several parking ramps, the Buffalo Niagara Convention Center, and visible to traffic flowing in and out of the city.

The lighting system outside the Curtiss Hotel extends all the way down to the sidewalk, and it works particularly well because of the white terra cotta backdrop, Croce said: "It gives us the ability to really accentuate the colors against that canvas. All the ornate elements of the exterior really help with the shadowing and the casting of the light." Croce said he spent $1.5 million on LED lighting inside and outside the six-story building.

"We're surprised by the number of people that come out of the Hyatt and the Embassy [Suites] and just stare at our building wondering, 'What is that over there?' " he said. Some of those passers-by stop in for a drink at the revolving bar. "They're future customers for us. It's been a great advertising tool to draw attention to our property, at a big expense, but it was always part of a long-term vision and it's paying off dividends."

Now Croce sees other developers following suit. He said Doug Jemal, the owner of what is now called One Seneca Tower, was intrigued by the attention the Curtiss Hotel has attracted and wanted to illuminate the 38-story tower. Croce put Jemal in touch with the lighting system supplier for the Curtiss Hotel. Jemal's building, formerly known as One HSBC Center, is the region's tallest building.

"The lights add a lot of color to the high rise," Jemal said. "Now you can see it very prominently, and it needed it."

Jemal has illuminated other buildings he owns in Washington, D.C., giving them a splash of color and light after business hours.

Jemal said he has received compliments about how One Seneca Tower looks lit up at night. "It can be seen across the water, and it's nice to see on the highway, rather than a cold, dark building," he said.

While the building is vacant, Jemal has laid out plans to redevelop it.

Some other properties with eye-catching colorful lighting include City Hall's dome, the Peace Bridge, the grain elevators across from Canalside, and Rockwell Hall, overlooking Elmwood Avenue on the SUNY Buffalo State campus.

Four LED fixtures were installed last summer at the base of the Rockwell Hall tower, said Jerod Dahlgren, a college spokesman. The LEDs save about 300 watts per fixture, which he said was the primary reason for the change. Over the next few months, four more LED fixtures will be added toward the top of the bell tower.

The gallery at the top of One M&T Plaza has been illuminated since the building opened 50 years ago, but the building added colored lights later, said David Lanzillo, an M&T spokesman.

Seasonal Broadway Market vendors of seasons past will set up shop at Eastern Hills Mall for the Easter season starting Saturday.

The move by the U.S. Food and Drug Administration will significantly extend the review process for the drug, which would be used to treat metastatic breast cancer

M&T Bank remains committed to its $37 million tech hub inside Seneca One tower, despite the challenges the Covid-19 pandemic created.

Amber Holycross will oversee the firm's national portfolio of projects and a team of 85 architects, interior designers and landscape architects.

Aspen is planning to construct a residential complex of cottage and townhouse-style units on a 46-acre site, aimed at students at University at Buffalo. It's ultimately designed to accommodate as many as 1,800 students.

The lights atop the Electric Tower are headed for an upgrade. (Sharon Cantillon/News file photo)