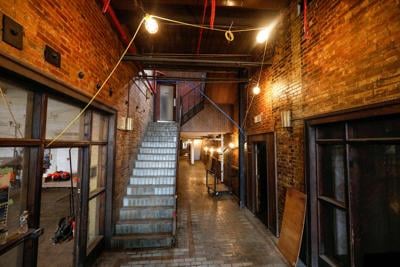 Who needs a Barcalounger when you can have a bed and kitchen instead?

It's been more than four years in the making, but construction is finally underway on a venture to convert the sprawling Old First Ward manufacturing plant that made the classic recliners into apartments, a restaurant and other uses.

The ambitious project to revive the century-old factory was supposed to have started more than a year ago, but the financing and kickoff were significantly delayed by the pandemic.

So Friday's official launch was a cause for celebration by the development partners, as crews were already hard at work behind construction fences and inside the facility.

"Finally, it's happening," said architect and developer Karl Frizlen. "It has been a long time coming. Normally a project doesn’t take that long, but it’s a complex building. It’s a large, gigantic facility."

The $35 million project by Frizlen Group and Michael Masters' BRD Construction will turn the eight-building complex at 225 Louisiana St. into Barcalo Buffalo Living & Commerce, a mixed-use community with 116 apartments and 30,000 square feet of commercial space.

At the same time, it will restore a cluster of historic buildings near the Buffalo River that have long sat underused – representing another transformation of the city's heritage while adding to its rental housing stock.

"This will be great for the community and for the City of Buffalo, " Masters said.

The apartments – mostly market-rate units – will consist of an almost equal mix of one- and two-bedroom loft units, as well as a number of three-bedroom apartments. They will mostly be located in the multistory buildings, while the single-story sections will house commercial space and common areas. An unspecified number of apartments will be priced about 10% to 15% below market levels, but are not subsidized as "affordable" units for certain incomes.

"They will be attractive to a wider audience of tenants," Masters said. "On other projects that we’ve done, that seems to work really well for leasing. They fill up fast and stay full."

The project will also feature a blend of "urban-outdoor" amenities such as a rooftop patio with views of downtown Buffalo, the waterfront and nearby grain elevators, as well as a fitness and workout center, bicycle and kayak storage, a dog-wash station, "leisure seating" in common areas, a cafeteria and a laundromat, which was promised to the local neighborhood as part of the project. A small grocery store has also been discussed to meet a local need.

Frizlen and Masters also hope to secure a coffee shop and a restaurant for some of the commercial space, and will seek out other light manufacturing, office, artist or retail tenants to fill out the remainder of the space. Commercial leasing is being handled by Schneider Real Estate Services, and Frizlen and Masters have been working with the community to identify uses that will benefit the neighborhood while also being commercially viable.

Originally built in phases over 20 years from 1896 to 1917, the former Barcalo Manufacturing Co. complex consists of both concrete and timber-framed buildings of varying heights, ranging from a one-floor foundry to a five-story structure. The developers plan to restore a second floor to one single-story section, where the original upper level burned down 30 years ago.

Besides its namesake recliners, Barcalo's diverse product line also included metal furniture, mattresses and box springs, hand tools, automobile parts and airplane plates. The company ceased operations at the facility in 1963, and the complex was owned for several decades by the Sansone family, which maintained it while leasing portions of the space to various light commercial tenants and artists.

The facility occupies an entire city block, bounded by Louisiana, Kentucky, O'Connell and Republic streets, across from Father Conway Park. A former alley that once stretched from O'Connell to Republic is now a 600-foot interior corridor in the complex, with entrances at both ends.

The developers received a $300,000 grant from National Grid to make the building mostly electric and reduce carbon emissions. The project will also include solar panels, a green roof and heat pumps. And it will include 140 parking spaces, including 45 grade-level indoor spaces in the building that are accessible from Kentucky Street.

Frizlen and Masters began working on plans for the project four years ago, and thought they had all the necessary approvals and financing by late 2019 and early 2020. But they were scheduled to close on their construction and permanent financing from New York City-based Community Preservation Corp. in March 2020 – right when the Covid-19 pandemic upended everything, prompting CPC and other lenders to suspend new projects for a while.

Construction actually began five months ago in the vast building, and some 50 workers will be onsite every day for the next two years. The project is expected to be completed and open in 2023.

Besides CPC and investors, financing includes state and federal historic tax credits, as well as brownfield tax credits, as the site is located in a Brownfield Opportunity Area and a new federal Qualified Opportunity Zone. Additionally, the project received sales and mortgage tax breaks from the Erie County Industrial Development Agency and property tax incentives through the city's participation in New York's 485-a program.

Together, the Barcalo Buffalo Living & Commerce and Bush Lofts projects will bring nearly 130 apartments to the Old First Ward and Lower West Side.

The construction industry was deemed as an “essential business” that can continue operating under Gov. Andrew Cuomo’s newest executive order, but developers say it’s still not completely business as usual. At first glance, commercial development seems to be relatively unscathed. Major projects continue almost unabated, particularly public-sector projects or those considered to be of high priority. “So far in

Barcalo redevelopment ready to start with $1 million in tax breaks

Developers Karl Frizlen and Michael Masters are ready to start work on their proposed renovation of the Barcalo Manufacturing Plant, after they won $1 million in sales and mortgage recording tax breaks from the Erie County Industrial Development Agency on Wednesday to help finance the $34.7 million project. Frizlen and Masters are proposing to convert the historic former industrial

The $34.7 million mixed-use project – whose cost ballooned by $10 million since it was initially proposed – received city approval last year, and the developers hope to start work on the 175,000-square-foot structure by

Post-war America best remembers Buffalo’s Barcalo Manufacturing Company as the maker of the suburban must-have for dads everywhere: the Barcalounger. While the Old First Ward plant originally churned out tools and bedframes, it’s the comfy recliner that left an indelible posterior-shaped place in our hearts. Sixty years ago, Christmas shoppers could buy the Buffalo-made easy chairs from the Buffalo-owned 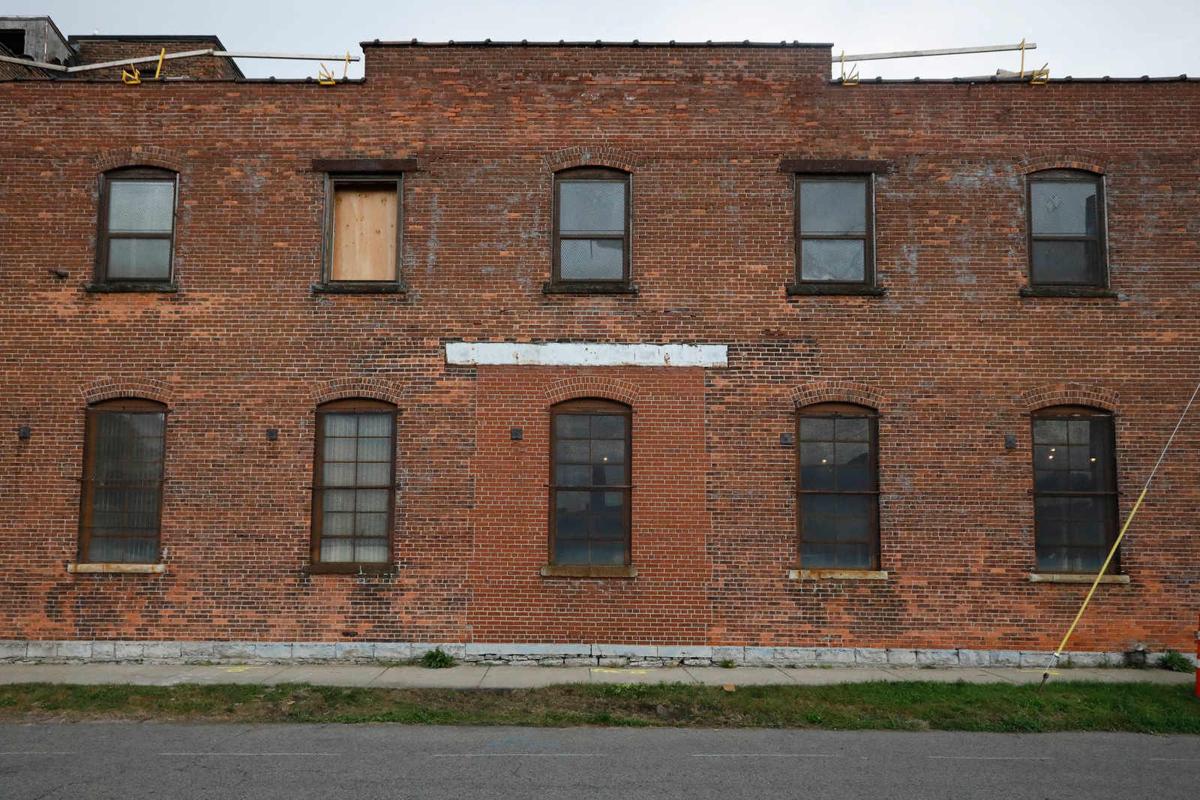 Construction has begun on the conversion of the Barcalo Manufacturing Co. complex on Louisiana Street. 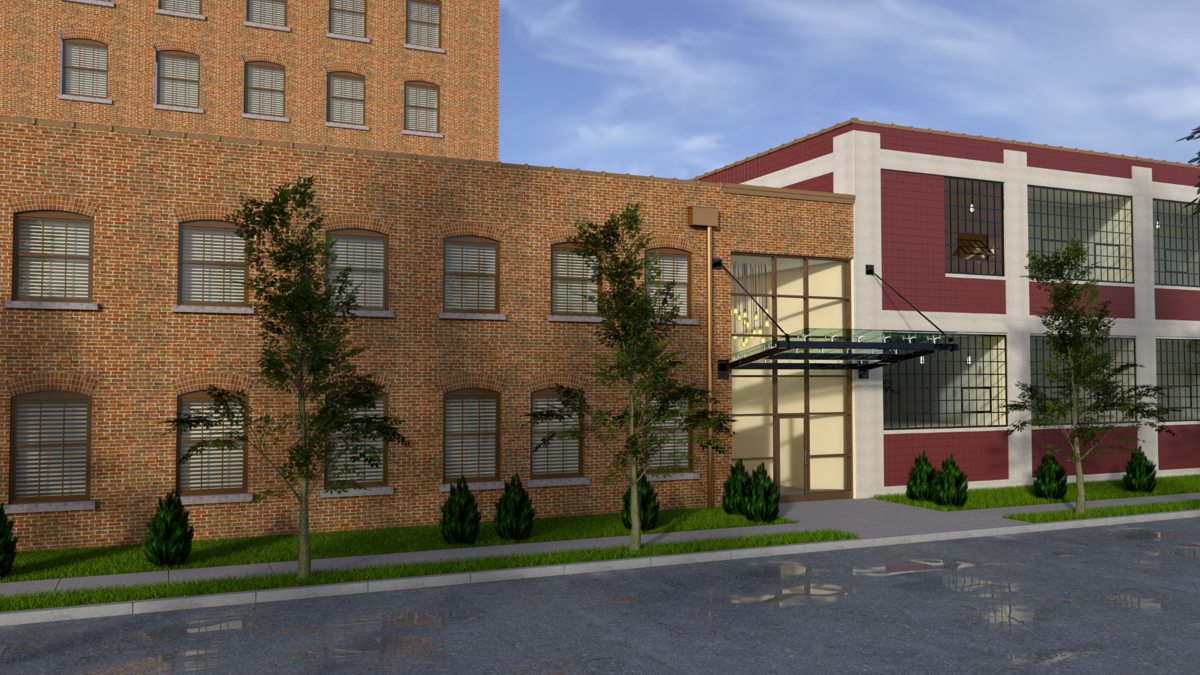 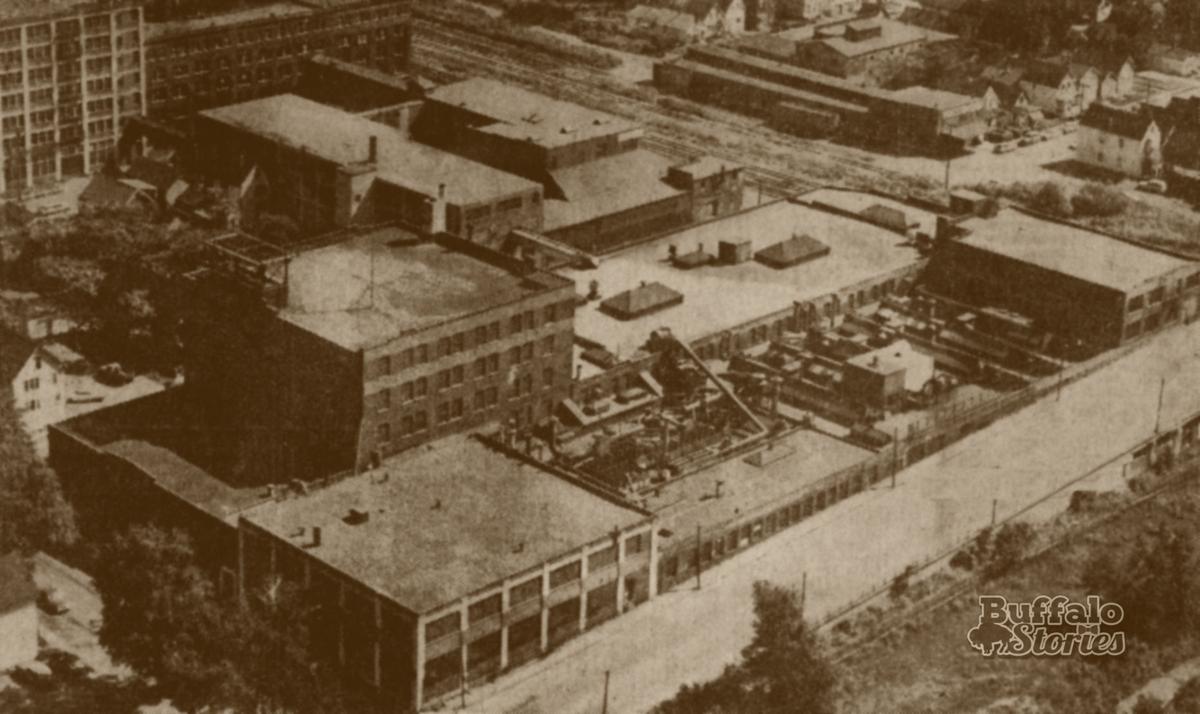 The abandoned Barcalo plant on Louisiana Street in 1968, shortly after the company moved south to produce Barcalounger chairs in North Carolina.