Subscribe for $1
Read Today's E-Edition
Share This
At green construction equipment maker, new leaders move on from fossil fuel
0 Comments
Share this
Support this work for $1 a month
Matt Glynn

When Steve Finch was leading the General Motors Town of Tonawanda engine plant for 11 years, he focused on making internal combustion engines for the automaker.

Finch has joined Viridi Parente as its president of manufacturing and community engagement. The Buffalo-based startup makes electric battery packs for powering construction equipment and light towers, among other applications.

Finch’s arrival signals Viridi Parente’s push toward becoming a large-scale producer of lithium ion battery technology, inside the former American Axle & Manufacturing plant on East Delavan Avenue. The company has taken other steps toward establishing itself in the clean-energy sector:

• Viridi Parente is taking on an additional 70,000 square feet of space at the complex, increasing its total by 37%.

• Viridi Parente just announced it will partner with a Denmark-based company to produce electric utility vehicles for the U.S. market.

Finch sees an increasing emphasis on electric power in everything from vehicles, to construction equipment, to over-the-road vehicles.

“There’s going to be more electrification in the future than there is today, and how do we start moving our manufacturing processes in that direction?” said Finch, who retired from GM in 2017. “It’s kind of interesting to be on the ground floor of figuring that out.”

Finch brings manufacturing expertise to the venture. And Dennis Elsenbeck, who was hired as president over the summer, brings a background in energy and policy, from serving as National Grid’s regional executive and working with the Phillips Lytle law firm.

Elsenbeck said he believes it’s critical to tie together climate-change goals and economic development, rather than treating them as separate objectives.

“I can’t just save the planet,” Elsenbeck said. “I’ve got to kind of think about, what is it that I can produce that leads to reducing the impact on the climate, that creates a different economy, that actually contributes from a sustainable point of view?”

Viridi Parente (Latin for "green parent") was launched in 2018 by Jon Williams, CEO of Ontario Specialty Contracting, a demolition and environmental services contractor.

OSC bought the sprawling former American Axle complex in 2008 and moved its operations into part of the facility. Williams' businesses are helping to revive an industrial site whose future was uncertain after American Axle shut down.

The company has about 35 employees, but that total could increase to "hundreds" of workers once the operations ramp up, Elsenbeck said.

Viridi Parente has worked with Doosan Bobcat to install battery packs on construction equipment like mini excavators. Excavators are shipped to the Buffalo plant, where Viridi Parente removes everything related to the vehicle’s diesel engine, before installing its battery technology.

“Eventually what we want to do is have the chassis of the excavators sent here already prepped to install the battery," Elsenbeck said.

Viridi Parente has just struck a partnership with Garia Utility. The Denmark-based company makes low-speed utility vehicles, and will produce them in Buffalo under the Green Machine brand name. Garia said it already has over 900 of its vehicles deployed on delivery routes in Sweden, and wants to bring its vehicles to the U.S. market.

Garia chose Viridi Parente after evaluating a number of potential partners, said Jakob Holstein, the CEO. "Not only did they have the best technology for our needs, but their technology had the most field experience."

Finch has a personal story about what's taking shape at Viridi Parente's home.

Before American Axle, the manufacturing complex was the longtime home of a Chevrolet gear and axle plant. Finch grew up less than 2 miles from the plant. After graduating from high school, he entered a co-op program with GM there.

“I graduated from Hutch-Tech on a Friday, and I started working for General Motors that following Monday,” he said. Thus began his long career with the automaker.

Fast forward to 2021, and Finch sees the potential to hire people at Viridi Parente from the low-income neighborhood where the plant sits.

"Part of our recognition is that people who work here are going to need wraparound services," Finch said. That might include help with getting a GED, housing assistance, child care or getting a bank account, he said.

“In many cases, other companies find these as limitations: ‘You can’t get to work? Then, sorry, you can’t work here,’ " Finch said. "But we’re going to try find ways to enable people who might be otherwise high-risk employees, to enable them to be good solid workers and citizens, and grow and develop."

Viridi Parente is partnering with a number of community organizations to help with its hiring plans.

"In order to revitalize your neighborhood, it starts with business, with manufacturing, and everyone should really focus on how we solve for that," Elsenbeck said. "Giving people opportunity and hope is just a tremendous aspect of what we’re all trying to do here."

The $20 million investment by Golisano's firm in 2019 was among $29 million Viridi Parente raised during that funding round. Golisano took a seat on the company's board.

With more investment and square footage, and new key personnel, Viridi Parente is eager to take its next step.

While he was at GM, Finch oversaw a cornerstone of the region's manufacturing sector and followed the automaker's way of doing things. At Viridi Parente, he's applying his knowledge to a smaller-scale operation, while implementing a brand-new system.

“It doesn’t look like a factory today, and that’s what I’m here for," he said. "We’re going to take this and transform it into a factory where we can make these things on demand.”

"When you put energy storage where the energy is being used, you really transform the way we rely and depend on energy, and you make it completely resilient," chairman and CEO Jon Williams said. "That's what we've really been building." 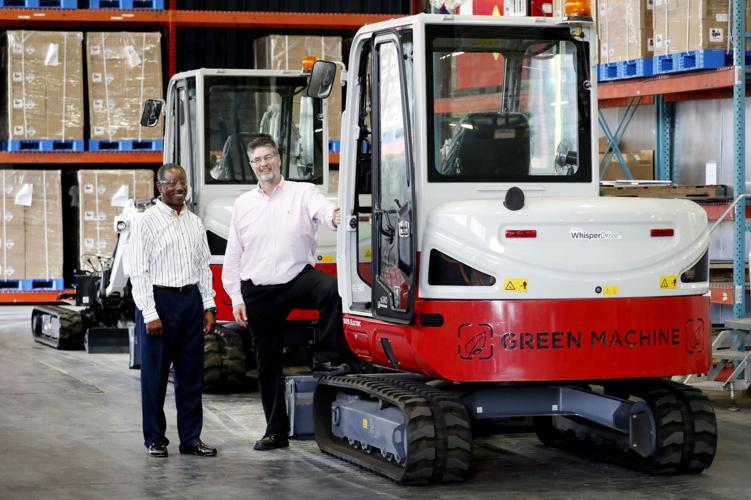 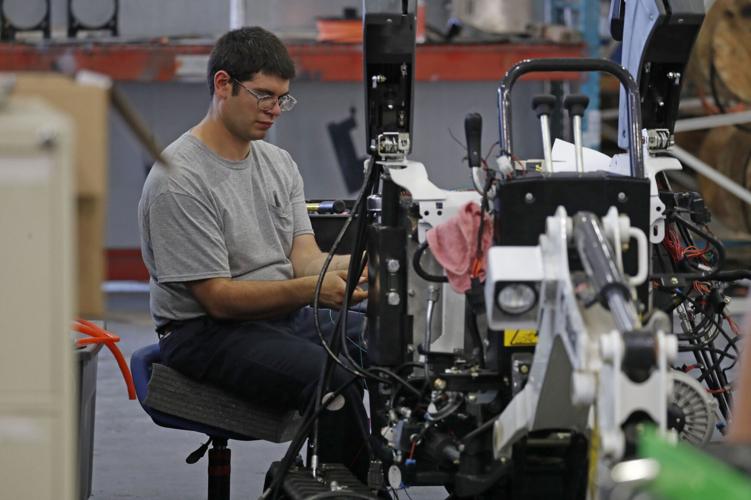 Research and development engineer Benjamin Lombardi works on replacing the combustible engine on a Bobcat mini excavator with an electric power battery. 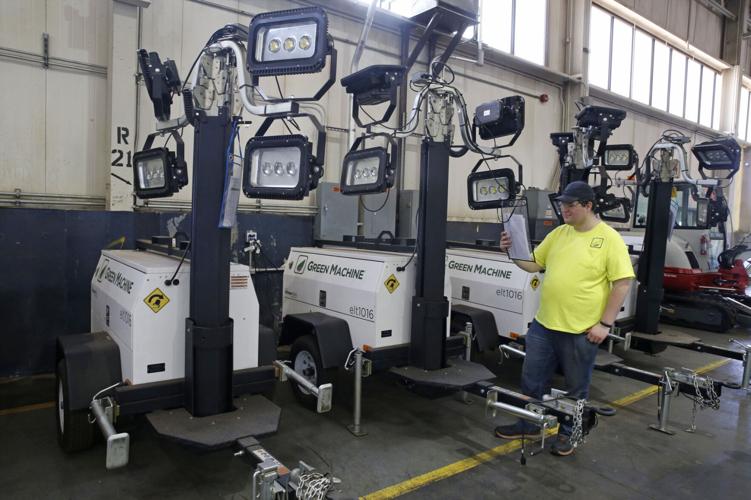