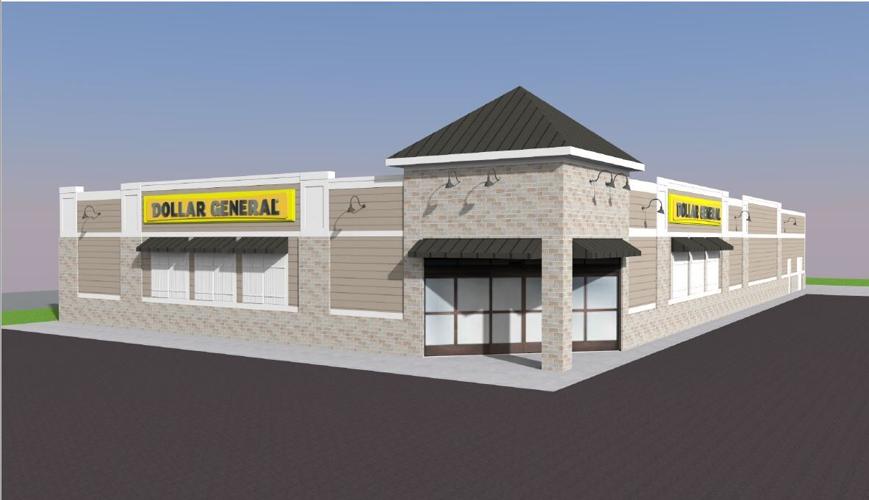 Rendering of a proposed new Dollar General store at 3030-3036 Seneca St. in West Seneca, by The Broadway Group of Alabama. 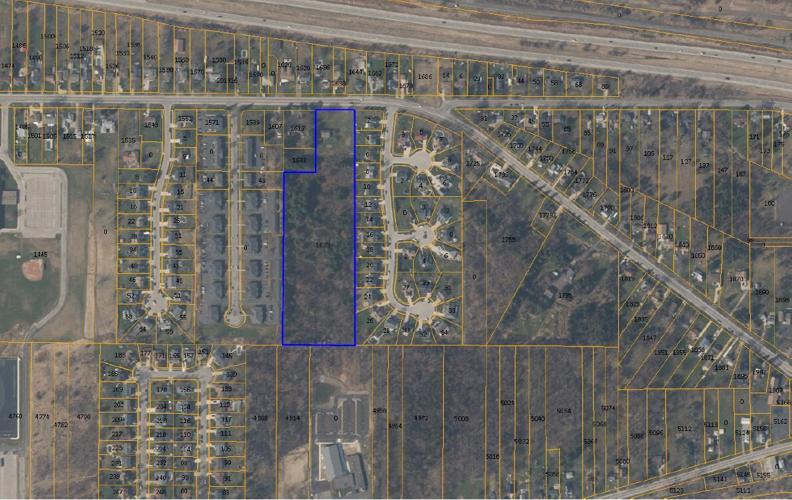 Young Development is proposing a new subdivision on this narrow but deep lot off Center Street in West Seneca.

Another Dollar General store is coming to Erie County, this time in West Seneca.

The Broadway Group, a retail developer based in Huntsville, Ala., is proposing to build a discount store at 3030-3036 Seneca St., using a triangular shaped lot at the intersection of Seneca and Center Road.

The project would include demolition of the vacant gas station and restaurant on the 1.2-acre site, followed by construction of the 10,640-square-foot building, including 8,500 square feet of retail space. Designed by Fisher Associates, the proposal also includes storm-water management, utilities, landscaping, lighting and facade improvements, along with 45 parking spaces.

Broadway is seeking initial review from the town, as well as area variances for setbacks and parking, with a public hearing in December. It also wants to combine the two properties, which are currently owned by Ralph Lorigo.

Also pending before town officials is a proposal by Young Development to create a 23-lot single-family home subdivision, using 9 acres at 1633 Center Road. The plan by Carmina Wood Design includes a  cul-de-sac extending into the deep vacant lot.

Town of Hamburg says no to Dollar General

The town's Planning Board decided that the proposed 9,000-square-foot building would have an adverse impact on the environment.

The return of the Florida Street demonstration homes

After a $3.3 million renovation by Severyn Development, 120-year-old East Side homes – Buffalo's version of San Francisco's Seven Sisters – are fully restored, with 14 residential apartments for lease.

[June 29] Buffalo Next: This local startup just raised $26 million and plans to double its local staff

How far does your rent dollar go in Buffalo Niagara?

Located at 5245 Murphy Road, the 60,000-square-foot building was owned by Sisters of Mercy, but has been vacant for more than two decades.

Powering up your car after purchases at the Lexington Co-op

Electric vehicle owners who shop at the Lexington Co-Op's Hertel Avenue location can now get a boost for their car, along with their groceries.

Fresh off the success of its Edgewater Apartment Homes community in Lancaster, Young Development is moving forward with a smaller new residential project a couple of miles away that will add another 50 units to the suburban town's mix.

Bryan Young, the founder and CEO of Young Development, has a pair of apartment projects underway in Cheektowaga that will add 430 units.

In one of its biggest ventures yet, Young Development is proposing to construct more than 20 structures on the site at 6386 Transit Road.

Rendering of a proposed new Dollar General store at 3030-3036 Seneca St. in West Seneca, by The Broadway Group of Alabama.

Young Development is proposing a new subdivision on this narrow but deep lot off Center Street in West Seneca.