After months of construction upheaval, Kenmore residents get their street back
0 comments
Share this
Support this work for $1 a month
1 of 3 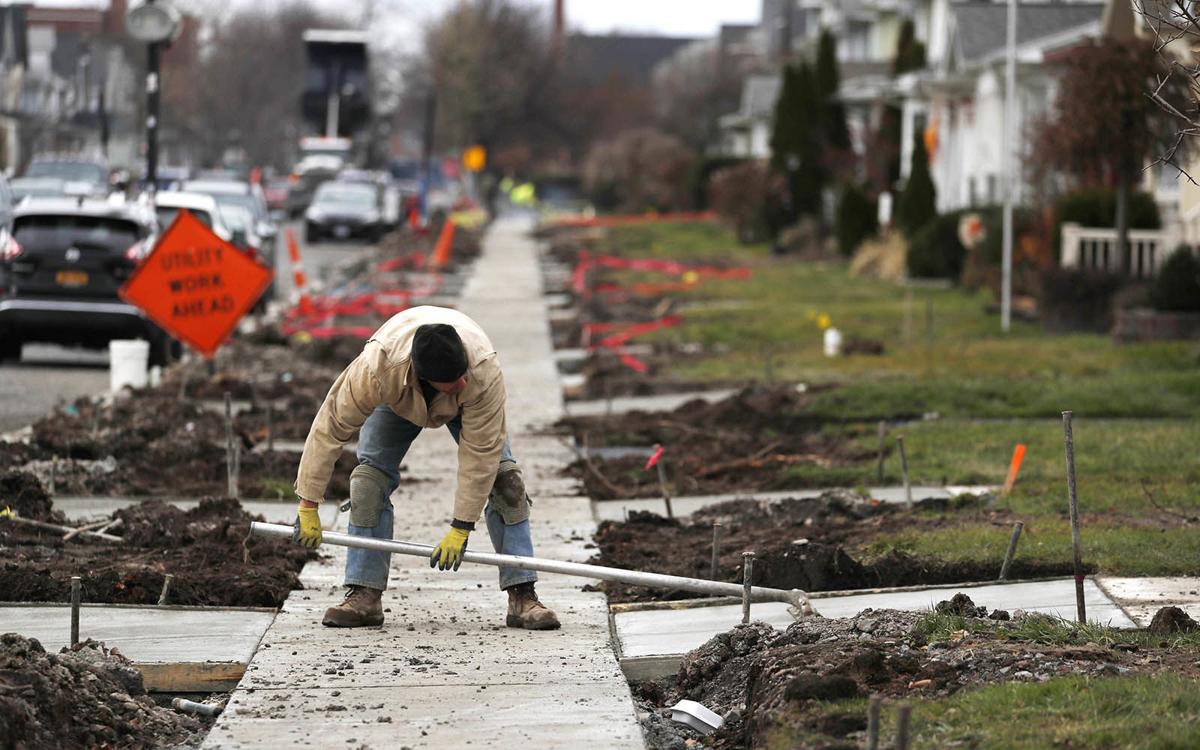 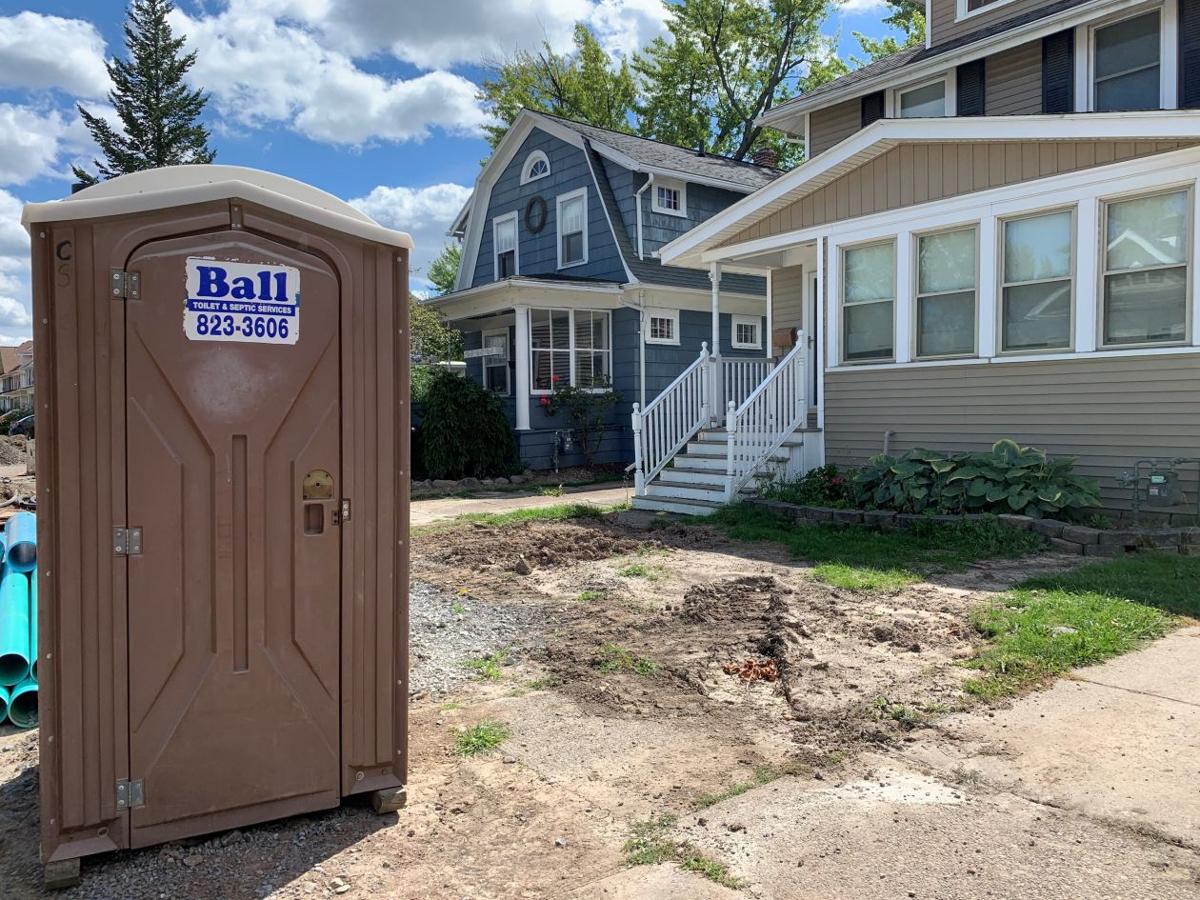 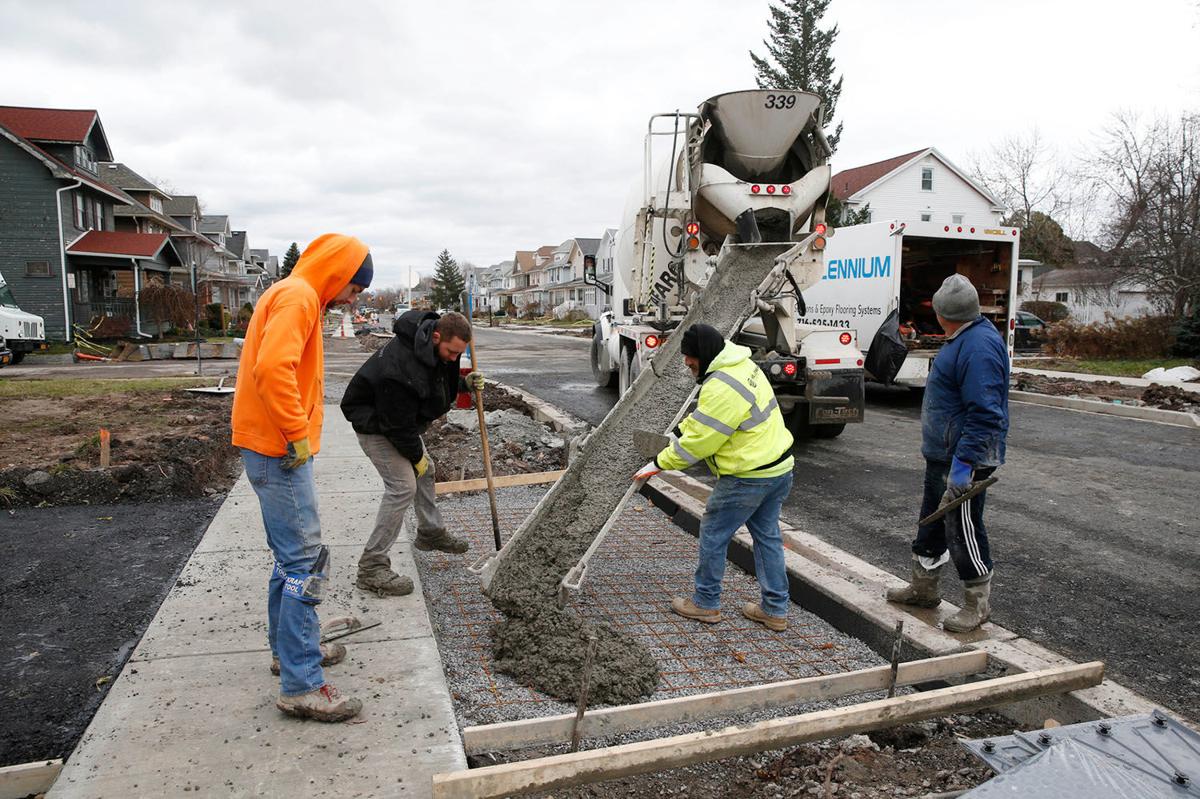 The endless reconstruction of Wardman Road in Kenmore finally is coming to the end of the road.

Residents along a two-block stretch of Wardman have complained for months about the disruption caused by the lengthy, $2.5 million project to install new sewer, water and gas lines underneath the village street.

The work required ripping up the road itself as well as sidewalks, driveways and front lawns. This forced residents to navigate expanses of mud and gravel and to park on neighboring side streets for weeks at a time.

Critics say work moved too slowly and the village failed to keep homeowners informed on the project's progress.

"It's been a long summer," said Wardman resident Rebecca Decker.

But the general contractor said crews moved as fast as they could in the face of permitting and weather delays, and village officials have urged patience for the complicated reconstruction.

Just about everyone is cheering Monday's expected completion of the street work, leaving only lawn restoration in the spring.

The village decided to take on the project primarily because Wardman Road has seen numerous water main breaks over the past 10 or 15 years, Mang said.

Everyone knew from the beginning that this was a complex undertaking, the mayor said.

It required the rebuilding and rerouting of sewer, water, gas and other underground utility lines, as well as the installation of new bubbler systems, laterals, gas meters, sidewalks, curbs and driveway aprons, said Dan Munich, president of DJM Contracting of Hamburg, the general contractor.

The Village Board in April voted to hire DJM Contracting for the $2.46 million project.

Work was delayed for several weeks as the contractor and village waited for a required state permit, according to Munich and Mang. Munich also said the soggy spring cost crews several work days.

By the summer, some neighbors already were showing frustration. Residents started a #WardmanStrong Facebook group as a forum for venting about the upheaval on their street and the ever-present mud, gravel and dust.

"They're very frustrated. I understand that," Mang said.

For weeks, and months in some cases, homeowners have had to park on neighboring side streets. Decker said someone hit her car while it was parked on the street, although she did find a note from the offender on her windshield.

She said it's been disappointing to see the trees along the street taken down, it's been hard to trudge all the way from her car to her house with groceries and it's not great when construction work wakes her up early on a Saturday morning.

And she said her basement flooded for the first time in the six years she's lived on Wardman following heavy rains, though she doesn't know if it's related to the construction work.

"The worst part has probably been the uncertainty," Decker said.

Decker and Jeff LiPuma both said the village should have communicated better with residents. LiPuma, who has lived on the street more than 30 years, said it would have been easy for the village to set up a Facebook group or website to provide weekly updates on what work is planned for the days ahead.

"Communication was pretty nonexistent," said LiPuma, who wrote a lengthy letter to village officials last week complaining about the execution and oversight of the project.

Jessica Seabury said she had taken the piles of gravel, deep holes and construction equipment in stride for most of the summer and early fall, including when crews set up their portable toilet on her front lawn.

"It's got to be somewhere," she said.

Even a recent Facebook post that showed photos taken throughout the spring, summer and fall retained a sense of humor.

However, with the project scheduled to wrap up by Nov. 1, Seabury said she was frustrated to return from a week-long, out-of-town trip on Nov. 2 and see how much work remained to be done.

"It is a chore to do anything," Seabury said of picking her way through her torn-up lawn and driveway.

Munich said he's had his crews and the subcontractors working late into the evening and weekends at times to try to stay on track.

He said most residents have been cordial in their interactions with workers. But he said he knows it's been an annoying process for them and, as they've complained to village officials, those officials in return have put pressure on him.

"The village has been on us to finish up," Munich said.

Munich said crews would have wrapped up earlier this month but the heavy snows on Nov. 11 into Nov. 12 set them back another week.

"The finish line kept getting moved back on us," said Mang. He added that missing a deadline by three weeks isn't unusual for a project of this scale.

On Friday, Munich sat in the cab of an excavator, which he used to smooth dirt on front lawns along Wardman where crews had finished pouring the new sidewalks.

Fresh asphalt was on the street and sidewalks were in place as workers raced to pour concrete in the final driveway aprons.

Munich said crews would finish all of the concrete work on Friday except for the accessible ramps at street corners, which will be installed Monday.

After that, he said, the final work involves putting down top soil and grass seed in the spring.

Mang, who lives around the corner from the work zone, and Wardman residents are celebrating bringing the project to its apparent conclusion.

Seabury said a co-worker joked she should have a ceremonial ribbon-cutting once her lawn is restored. But she and Decker both said they look forward to enjoying their rebuilt road and getting into their driveways in the coming days.

Kaleida's staffing crunch has been aggravated by the pandemic, the state's vaccine mandate and a patient volume increase stemming from an ongoing strike at Mercy Hospital.

City officials and preservationists say the successful solution could set a new precedent for dealing with other negligent owners and neglected properties, particularly in the city's historic districts, such as Cobblestone, Hamlin Park, Allentown and Broadway-Fillmore.

State and local officials hope Plug Power getting shovels in the dirt is just the beginning of development at the 1,250-acre  STAMP site.